Board pic or fake lmao

Just joshing you but gotta see what you made of those magnum dongs.

This build has been in some sort of “done” state for a few months now, but I’ve been tweaking things and I think this may be close to the final form.

The first iteration had 63mm motors but that just didn’t work with the 78mm wheels no matter how I arranged it. I’ve got the motor can ground clearance up to 31mm from 8mm in the first iteration, helped greatly by the switch to 50mm motors.

That’s definitely the ride. It rides like a downhill longboard. It also leans over REALLY far. I can make a complete U-turn within normal lane markings (12’ / 365cm around here) which is almost scraping the enclosure on the ground. For not having a tail, that’s important to me. This can even make 90° turns inside hallways in high-rises.

Also water. This was my first experiment with butyl tape and it’s wonderful stuff. I didn’t even waterproof the inside, and this is the board I grab when it’s raining. Butyl tape is a magical thing.

The heart and soul of this build is its deck and wheels. That’d be the impossible-to-source Rayne Demonseed 44" deck (Satanic Panda variant) and Venom Magnum dongs, 74A.

This entire build was sourced from the esk8.news Parts Market (ENPM), Amazon, and AliExpress, except the riser lights, which came from Metroboard, and the fishpaper, which came from 145ptags

It’s got two charge ports, a 5.5mm x 2.1mm barrel jack (Amazon) on a 10A fuse – and a Reverse 5.5mm x 2.5mm Bird/Lime/Segway style charge port (AliExpress) on a 10A fuse. Yes, you can charge it with a Lime scooter charger. And a Metroboard/Evolve/enertion charger. Simultaneously, if desired

That tiny XT30 loopkey on the front of the enclosure turns off the lighting system (when pulled) for Stealth / Max Range mode. 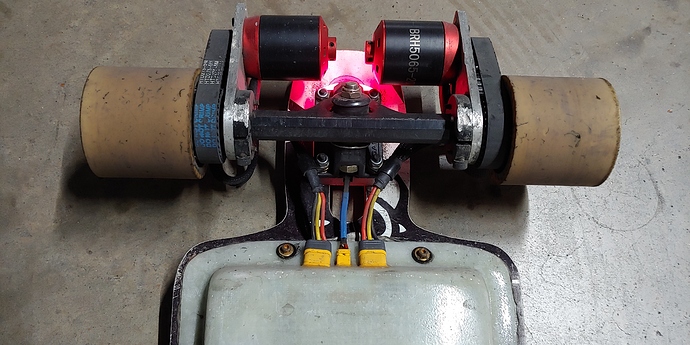 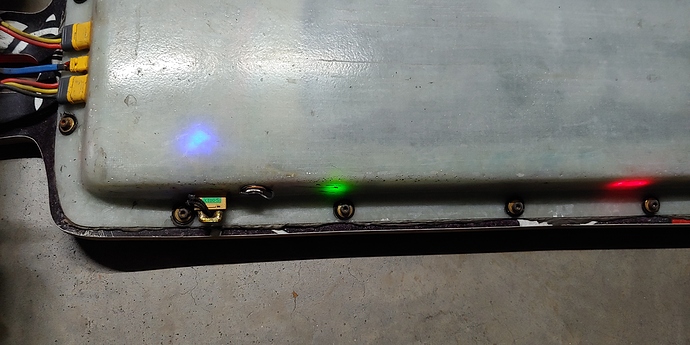 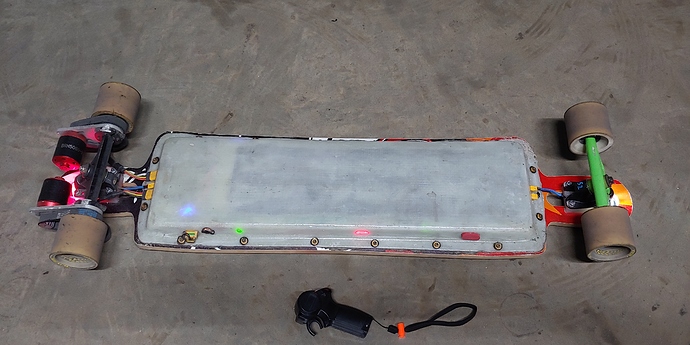 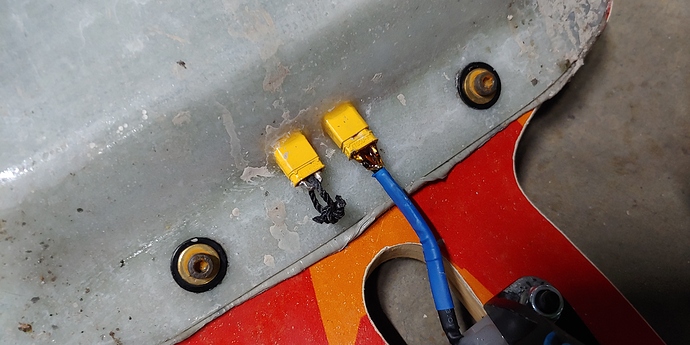 the goodness of MR60 connectors and epoxy 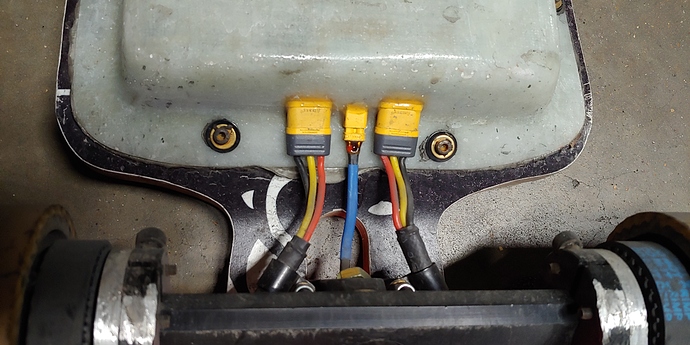 And yes, those two XT30 plugs that are partly unplugged, they do that everytime I push them in, so I just leave them that way now. They have never come unplugged. If they do, I will redesign that part. (likely means putting a toothpick inside shrinkwrap around the wire) These pics are right after a ride and how the board looks in Real Life

and not marketing materials.

When this one gets dirty I just hose it off in the car wash. 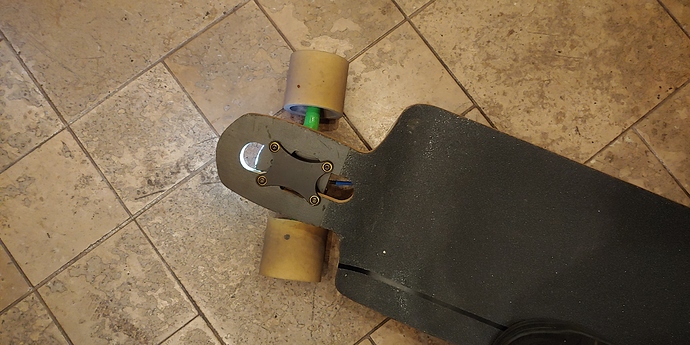 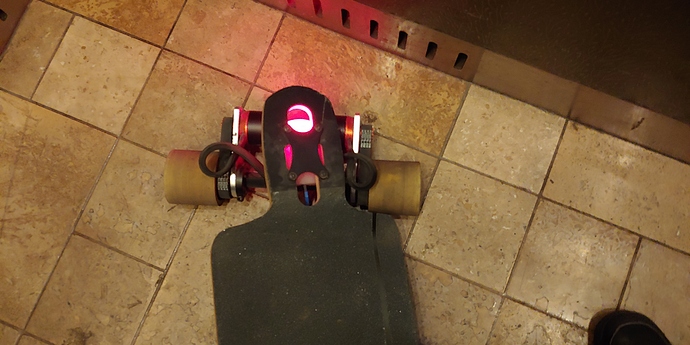 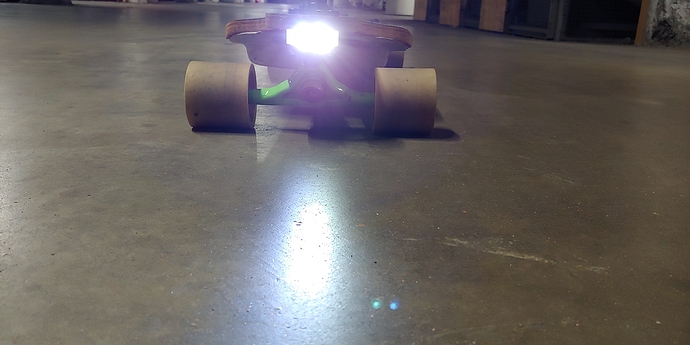 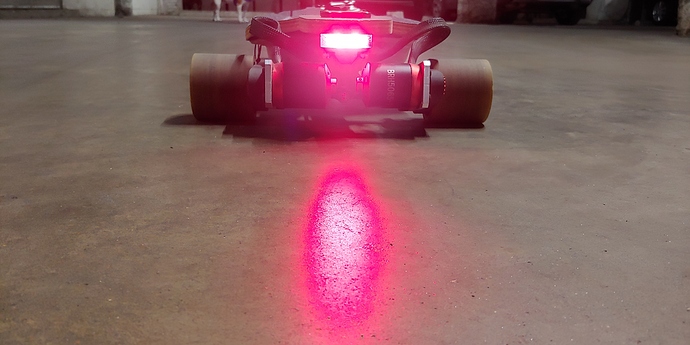 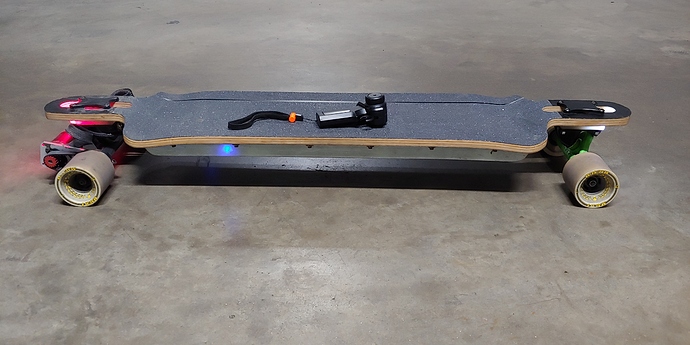 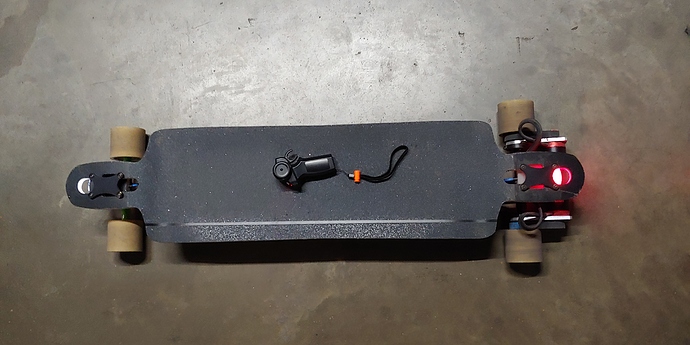 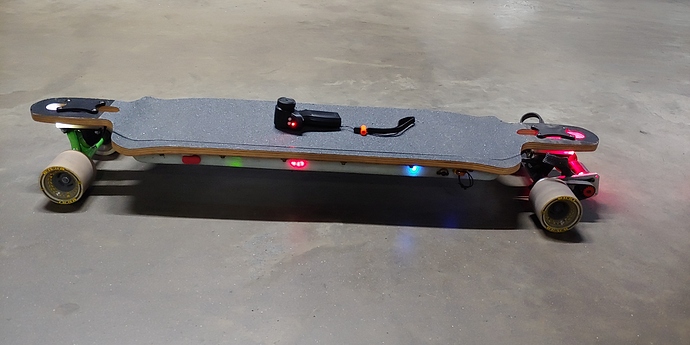 that’s a voltmeter you can see through the enclosure 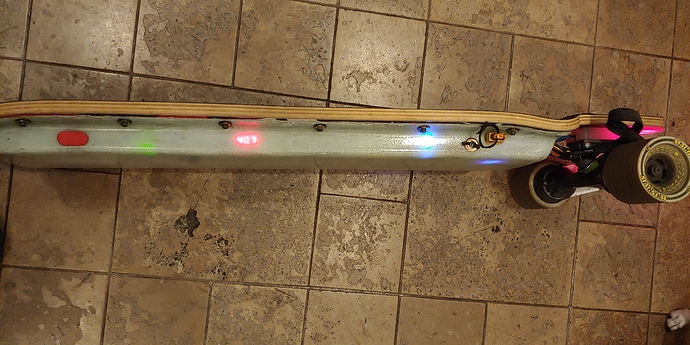 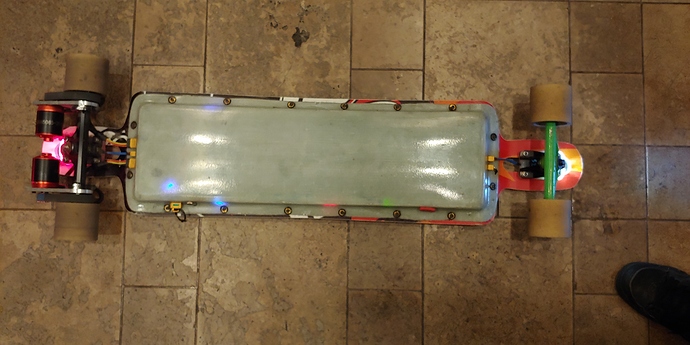 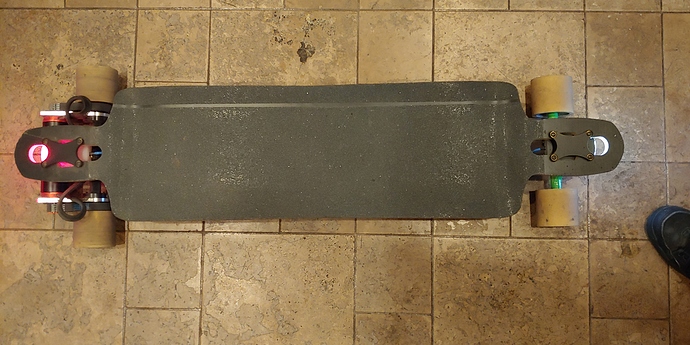 the BMS, with a little coercion in-progress 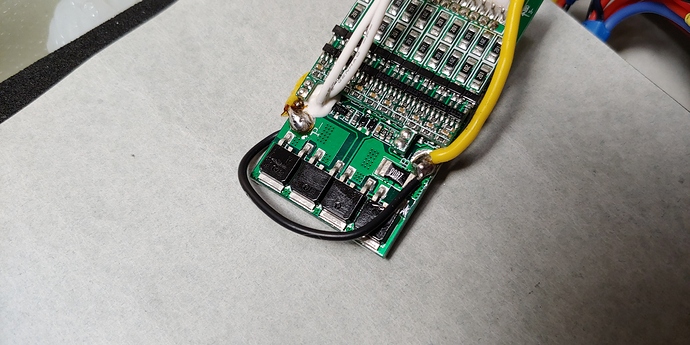 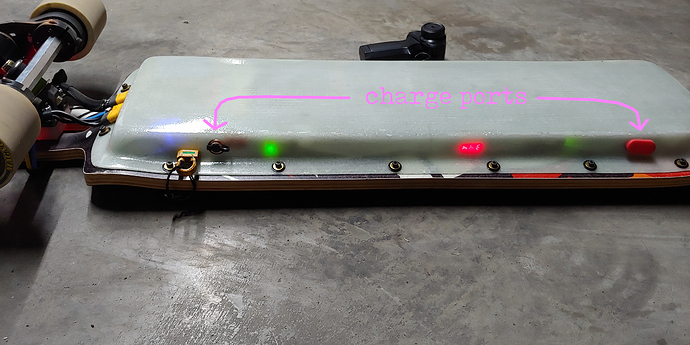 If I forgot someone or my memory is wrong, please let me know

@whaddys for the Bear trucks

@glyphiks for the awesome enclosure

@KaramQ for the unobtainium deck

@torqueboards for the awesome ESC

@Boardnamics for the truck hangers

@J0ker for the motor mounts

@Brently for the pulleys

@Scepterr for the BLE module

this section is for me

The BMS also ate shit and had to be replaced, then the replacement was being a pain in the ass and needed some coercion

An ESC upgrade to @torqueboards TB6 on one side 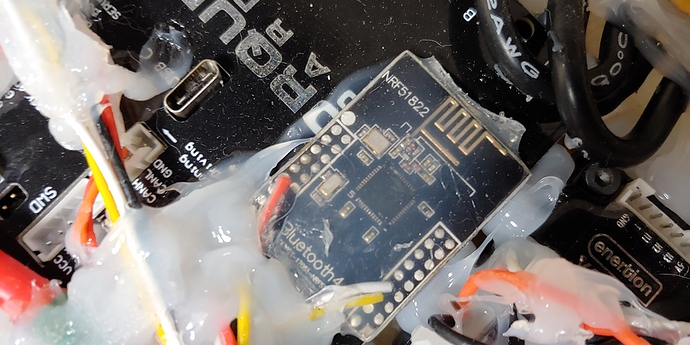 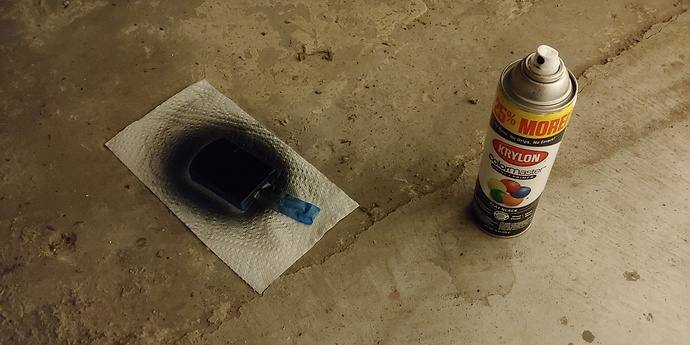 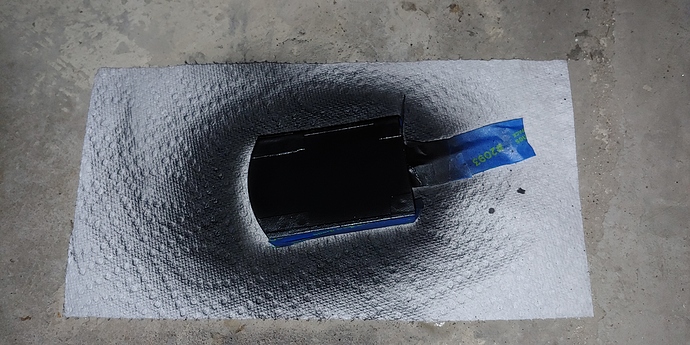 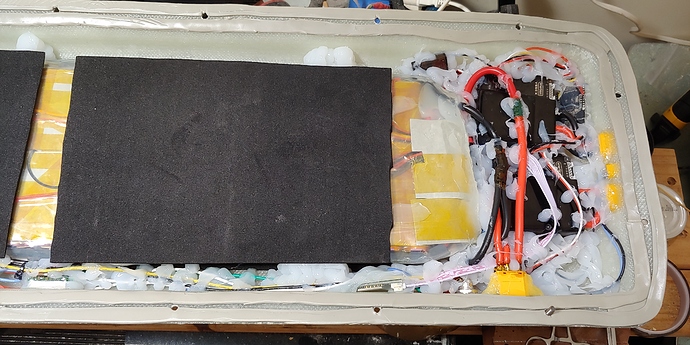 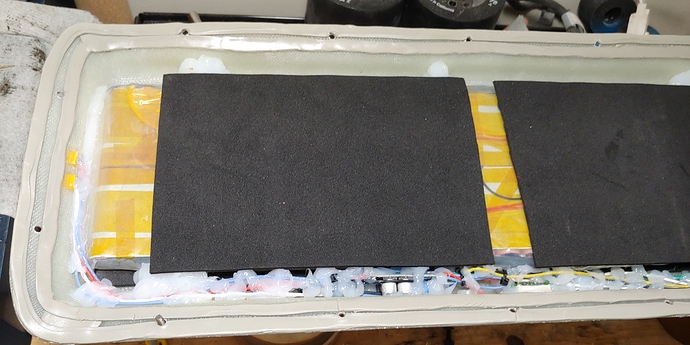 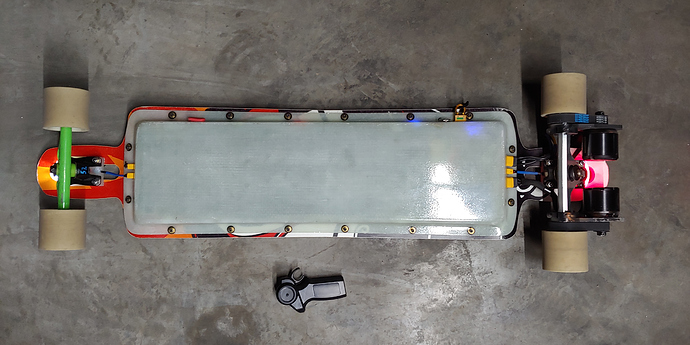 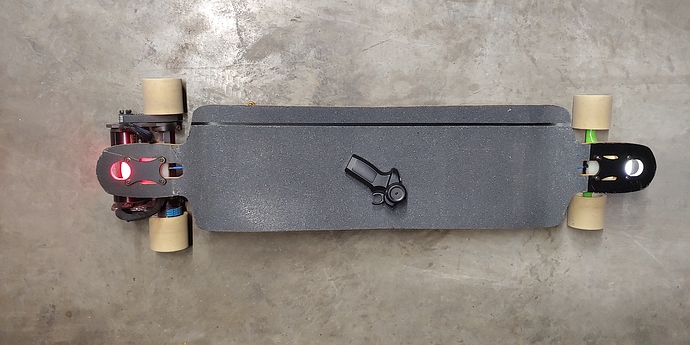 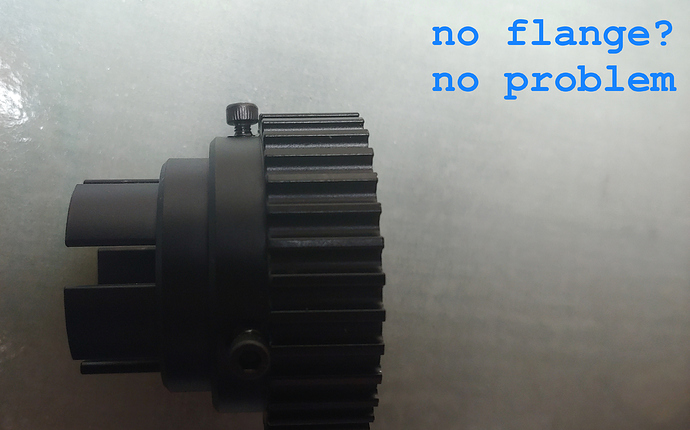 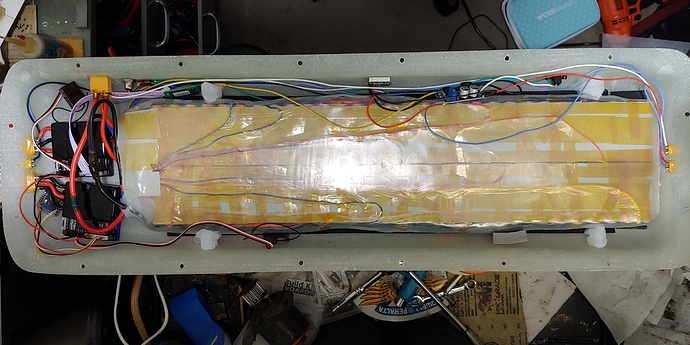 By the way, a 16S5P (18650 only) fits perfectly in the @glyphiks Demonseed 44 enclosure. I just happened to have a 10S6P laying around. But if not, I’d have put a 16S5P in there. You can see the amounts of extra space on each side of the battery.

I’d considered using VESC6 but they wouldn’t fit. (Which is the same reason why there’s only one TB6 and not two in there)

Love the build and always Brian!

You should slap one of your heatsinks on those tb escs!

Unfortunately this build predates the InfinitySink, I’ve just been slowly tweaking it since @abusfullofnuns was in town. He saw the very first iteration on 2020 July 27 when it was born and saw its first tarmac…

This is the new preferred medium-haul vehicle in my fleet. For short or long trips, I usually grab a different vehicle. For medium trips or if it’s raining or wet, this is my typical grab.

Board looks great man! Great to see this deck built out, it’s unobtanium until the new ones get done and even then… Not the same.

Word on the street is Rayne ghosted again.

And if so, I’ll need another enclosure right away!

I followed up with them about this yesterday on IG, whoever runs their handle says its still coming “very soon”. So I’m still checking their site everyday.

just curious, how much was shipping from aus for the enclosure?

how much was shipping from aus for the enclosure?

Price would be x3 the other way around

Awww hell yeah @b264, so happy to see those trucks made it onto this badass build! I’m gonna have to try out this butyl tape

This build is incredible. I’m using the same motors and attempting to waterproof my enclosure as well. My question for you is how was setting up HFI? My sensors came broken from the factory (kinda knew that they would) and I never got HFI to work without a little bit of flipping when I move the motors by hand.
I hope this isn’t too off-topic but I’d love to model parts of my personal build after what you have going on here. Also, I love how you have the voltmeter going through the enclosure!

These motors are notorious for getting hot.

HFI is notorious for changing when the motors get hot. This makes it not tuned anymore.

So that means once the motors get hot, the HFI doesn’t work as well anymore. But it does still work. Kinda. I’m actually running FOC/unsensored on one side and FOC/HFI on the other side. I had issues tuning it, but in the end I kept landing on the default values 20/4/10: