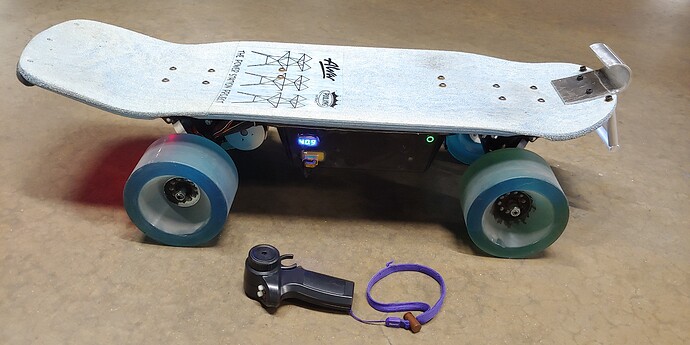 This build has been in some sort of “done” state for a few weeks now, but I’ve been tweaking things and I think this may be close to the final form.

This board is a little different. Firstly, it has some absolutely enormous TB130 wheels. These things are truly massive. Let’s compare to some 60mm OJ III Hot Juice wheels so the scale is apparent: 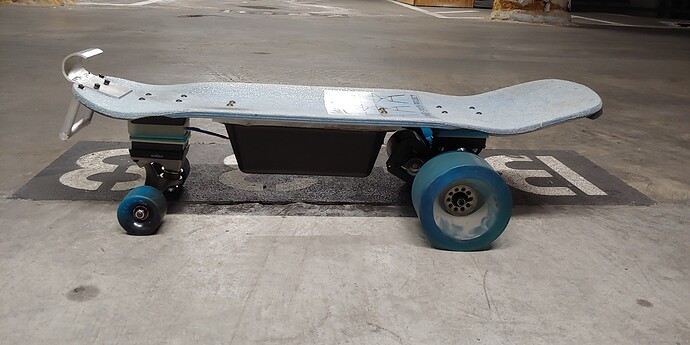 That’s definitely the ride. It rides like a high-power park deck, except on clouds. It’s super nimble and super, SUPER easy to carry and pick up. It has not only a handle, but also a grabber

This board is water resisted. The whole enclosure has zero holes. Even the top has a piece of sheet rubber laid across it and stuck to the enclosure with butyl tape, before being bolted to the deck.

The heart and soul of this build is its deck and wheels. That’d be the 10x31 Alva Power Station Dogstar Earl Boykins Stubbie deck and some prototype 72A 130mm @torqueboards TB130 polyurethane longboard wheels.

It’s using both sides of the Unity to hammer on the same motor at 160A motor max. It will burn out the drive wheel no problem, if you can stay on top. The amount of power is up there with or exceeding my dual drives. This single drive really hauls ass. I mean, it rips and tears. 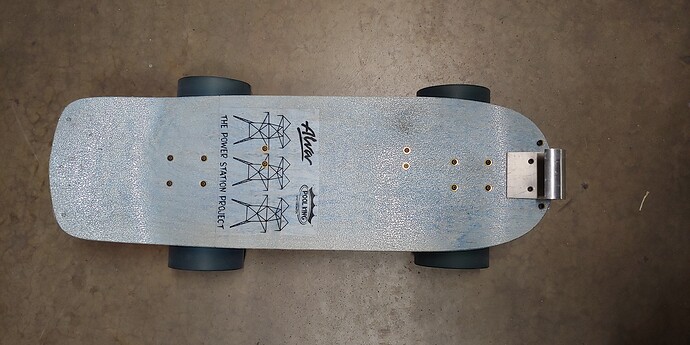 That tiny XT30 loopkey on the front of the enclosure turns off the lighting system and voltage gauge (when pulled) for Stealth / Max Range mode. (You can barely even see it in the recess next to the lighting wire) 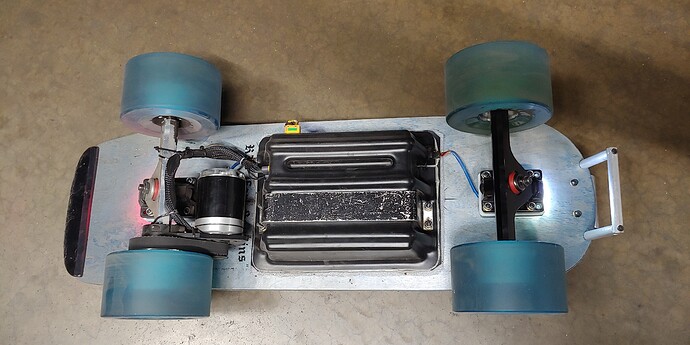 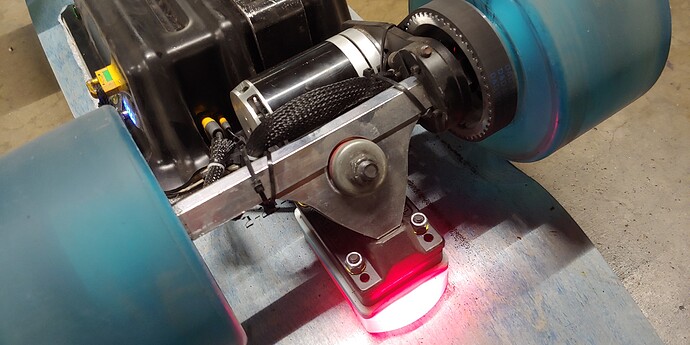 the wheels are so big it actually stands on its side 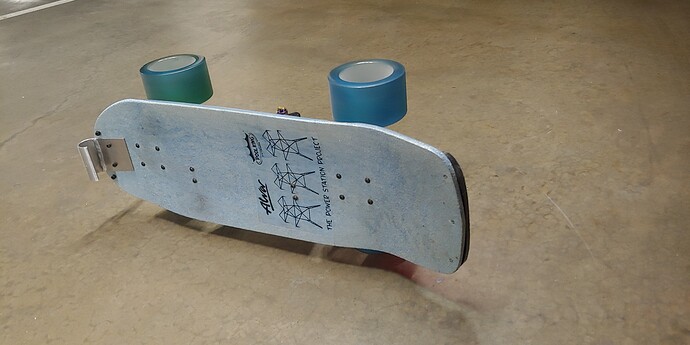 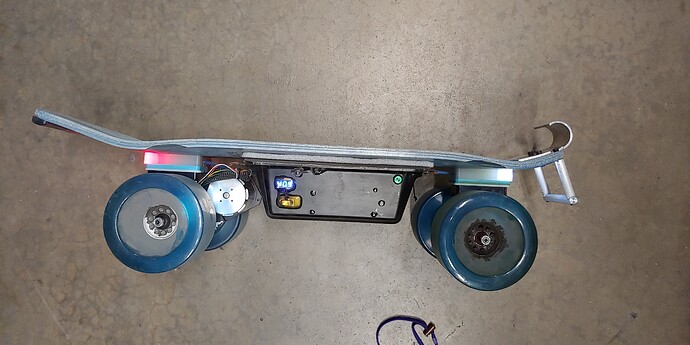 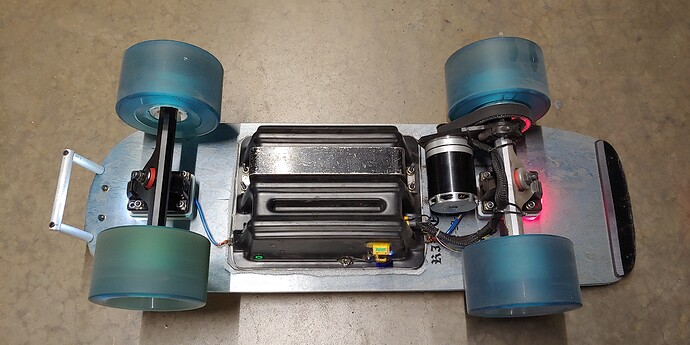 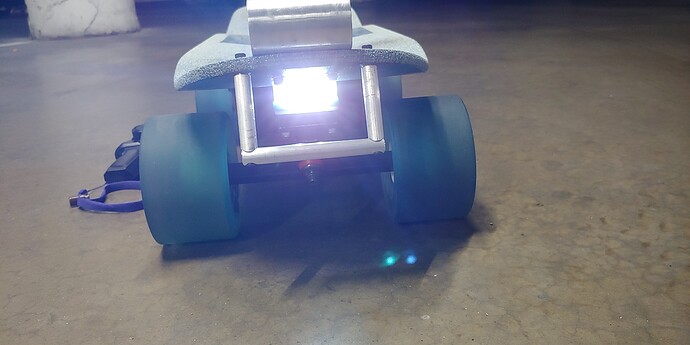 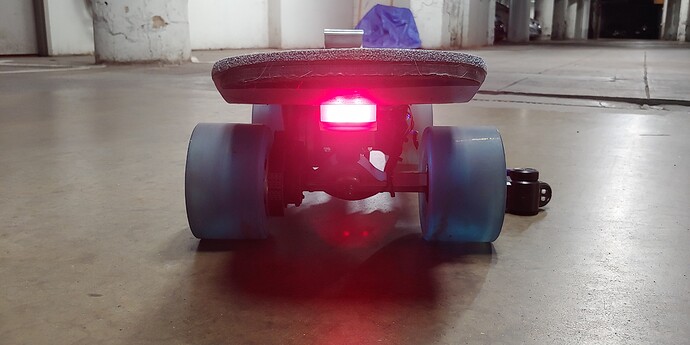 It has not sensor wires connected, but the temperature wire is connected 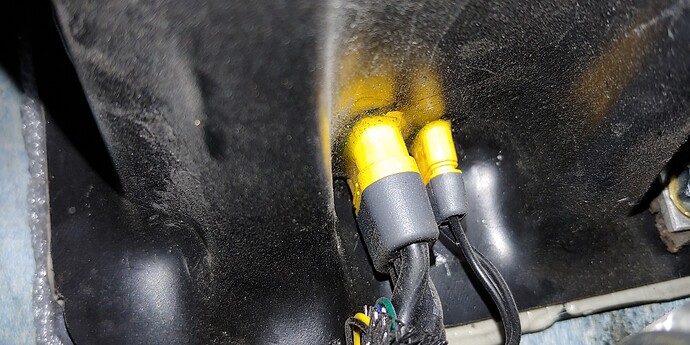 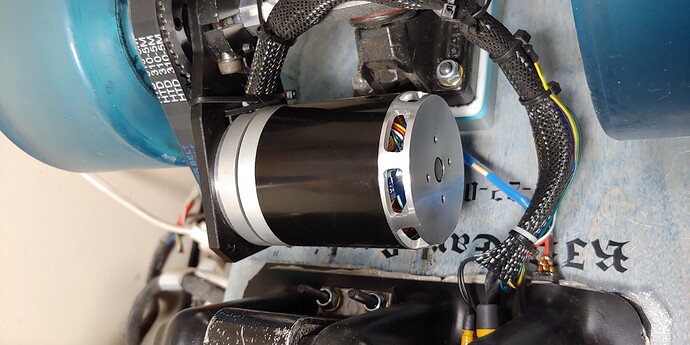 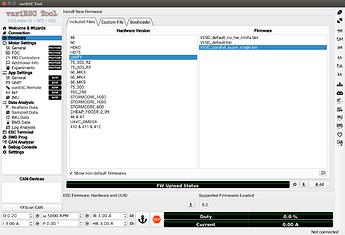 This was an older 6374 motor testing out the software 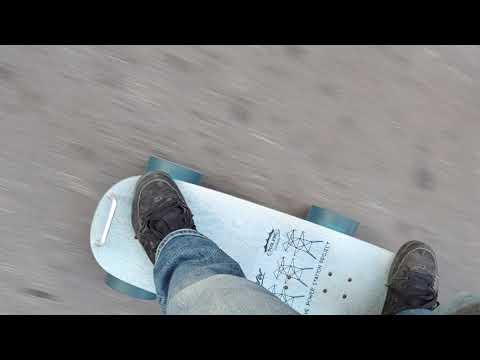 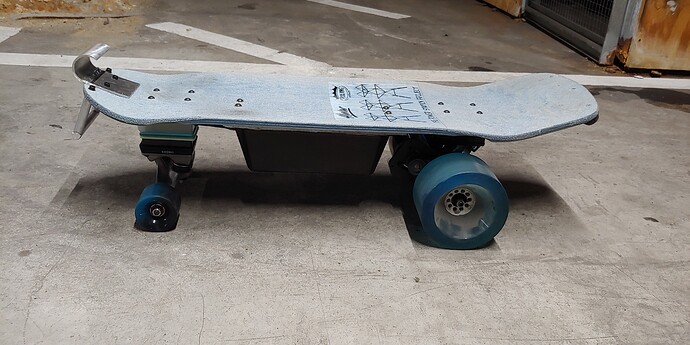 Right before the maiden voyage 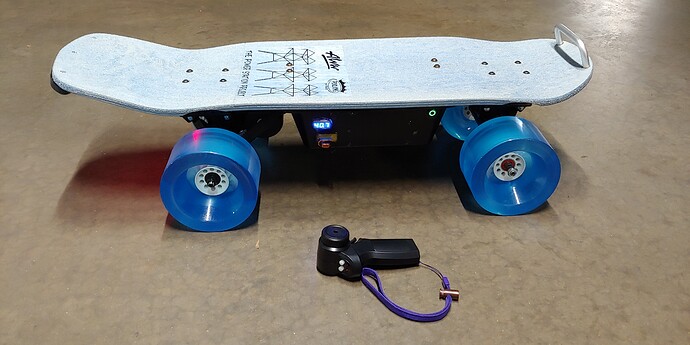 These wheels are amazing. In fact, I already need more. They are huge. I mean, the word “huge” isn’t even right for them. They’re truly massive.

nod to @spade for discovering this deck

This is crazy in a good way, never would’ve thought i’ll see huge wheels like these on a shortboard.

I always heard that risers weren’t good news for stability, is there any building trick to keep such a short board with high risers like that stable, or is it just riding skills speaking

I feel like risers take away from stability far less than:

A) you think they do
B) tight trucks
C) wheelbite

and on a side note, I won’t be pushing so it doesn’t matter how far down to the ground it is

Anyway for me, adding just the amount of riser necessary to lean all the way over with loose trucks seems the most stable option. I’d definitely take this over some 78mm wheels with no riser and tight trucks.

This board has 39mm of hard riser.

I’m testing the motor for a secret brand.

Even the top has a piece of sheet rubber laid across it and stuck to the enclosure with butyl tape, before being bolted to the deck.

You put the 30Q cells vertical right? What a huge battery you have on such a tiny board!

I also agree that the board height to the ground is overrated. My kicktail is also a bit higher than typical and I feel absolutely stable. In fact it’s a dream to carve with it.

Yes, the wiring diagram is in here

All In One Schematic / Diagrams The Citadel - Essential References for Esk8

WARNING connecting them that way without the Super Single firmware installed WILL destroy your VESC right away. CheapFOCer2 0.9 with funwheel firmware [CheapFOCer2_0.9_funwheel] variESC Tool containing the firmware

You put the 30Q cells vertical right? What a huge battery you have on such a tiny board!

Yes, they are vertical.

This one actually has plenty of room. The Green One has a 10S5P in the same enclosure

I’m testing the motor for a secret brand.

sorry i must but…

Apart from that, i love this board so much. it’s like a mega monster truck except… a mini truck? haha. i love the white deck too, not enough of them.

The deck is actually a light blue color but the MOB clear griptape makes it even lighter still.

Also love this build. Find very refreshing to see other concepts being tried, not only the same kind of boards.

Yes, the wiring diagram is in here

You CANNOT connect them that way without the Super Single firmware or you WILL destroy your VESC.

The motor is a 6374 size?
And can you compare that to say a maytech 200 single esc (or any equivalent single esc)

This looks so fun to tick tack lol