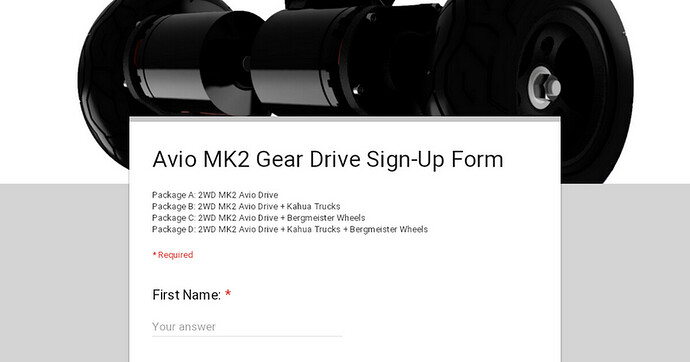 Introducing the new Avio MK2 Gear Drive, featuring Herringbone gears! We have redesigned the entire drive and improved it based on feedback from the original MK1 Gear Drive.

Reviews from the community so far:

I did most of the assembly last night and I have to say, I really like how once you have the mounts in place, everything is really easy and simple to pull apart. For example, if a POM gear were to break during a ride, I dont think it would take long at all to pull everything apart and throw a spare gear in. Im loving this kit so far

This kit rocks! The drive system itself is extremely quiet as expected.

Initial impression: The gear drives are extremely well made, and I did not appreciate just how small the components were until I held them in my hand! They are considerably quieter than my helical cut Trampa gears and they accelerate incredibly smoothly and surely. The board feel and overall experience is definitely a 10/10.

Assembly is not so difficult. The grease used the recommended finish line premium grease. Excessive use of this grease increases resistance and causes heavy rotation. The rotation is light when the amount of grease is small.

I am very happy not to use Loctite for the motor gear. When the gears mesh, the motor gear and the drive gear naturally align straight. This will be very helpful in the build. Motor shaft cutting service is also a nice option.

The rotation is smooth but very quiet, especially with the throttle off. Many people will not notice it when approaching behind a passerby on a freeroll.

The drives are amazing. Super smooth and quiet. easy to put together too.

overheated my ESC and motors doing 2 runs up and down without a break in between. But these drives are buttery smooth! 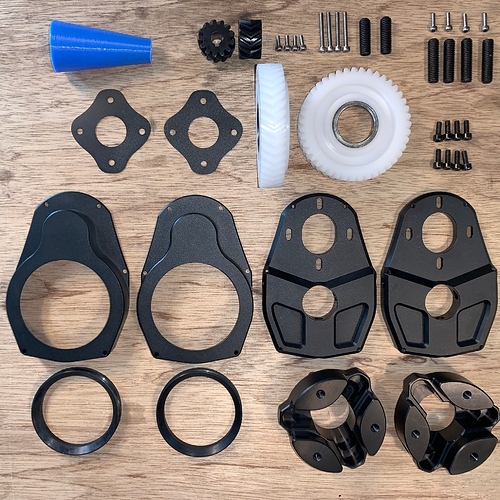 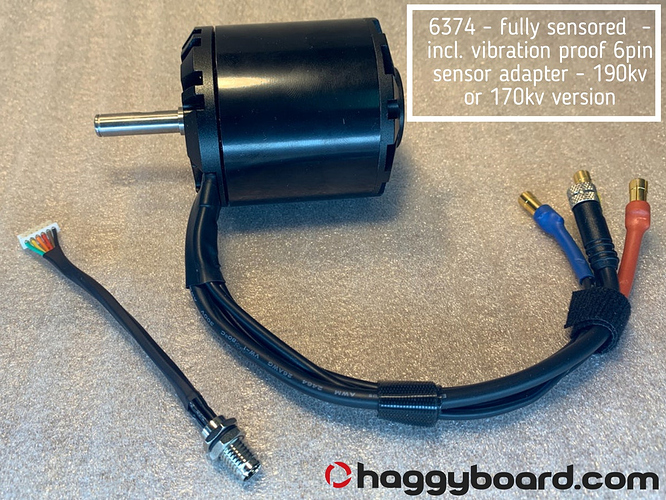 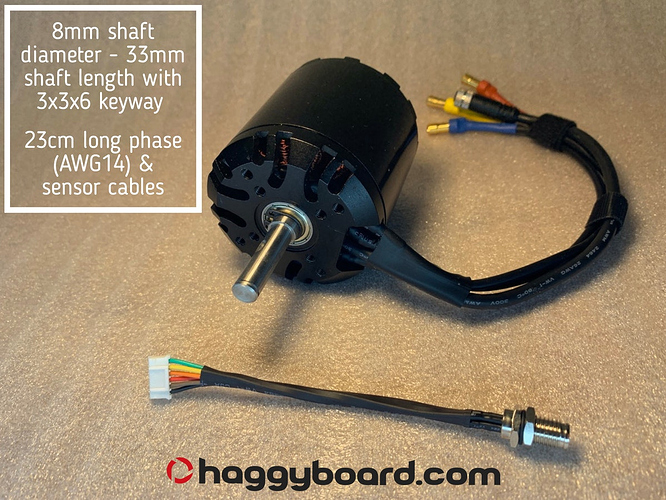 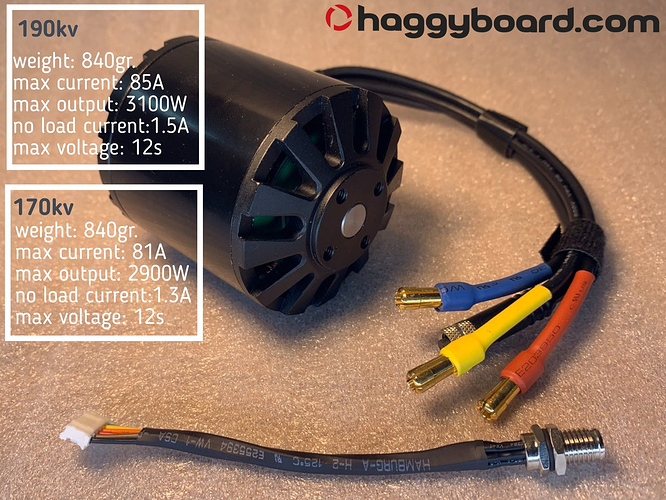 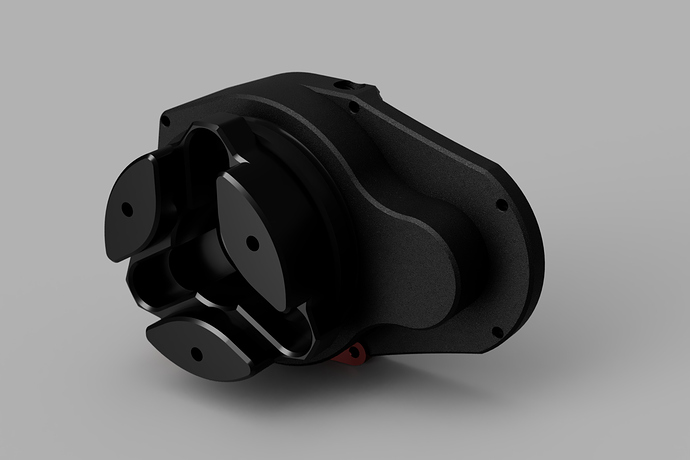 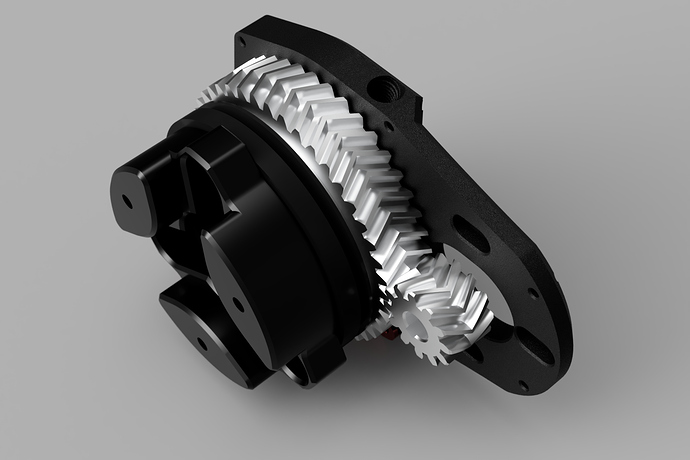 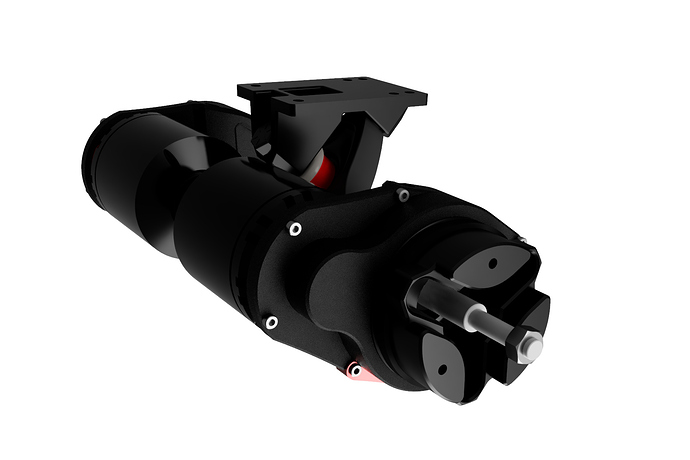 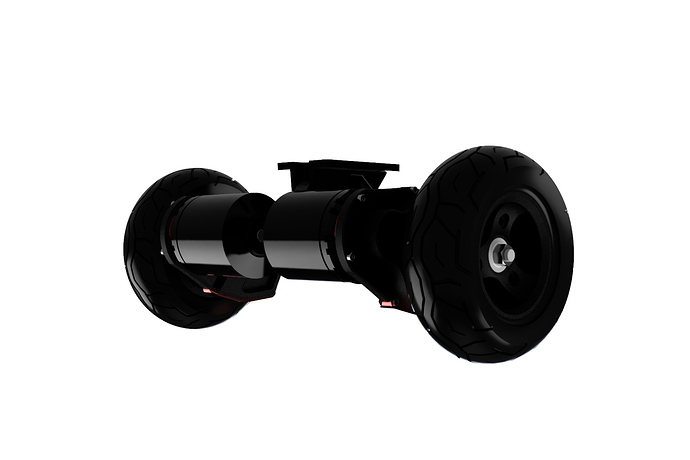 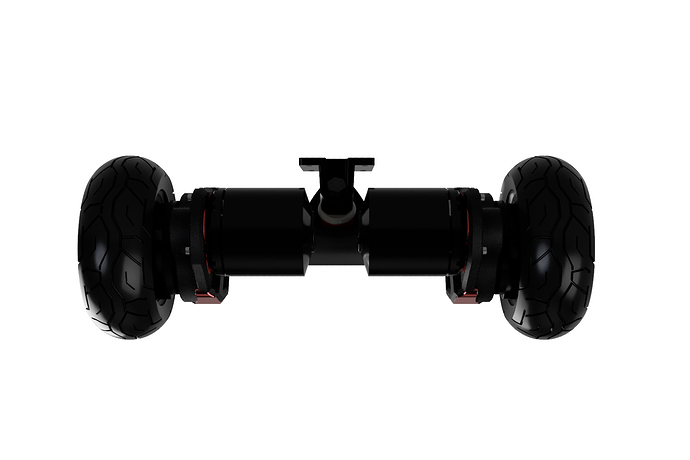 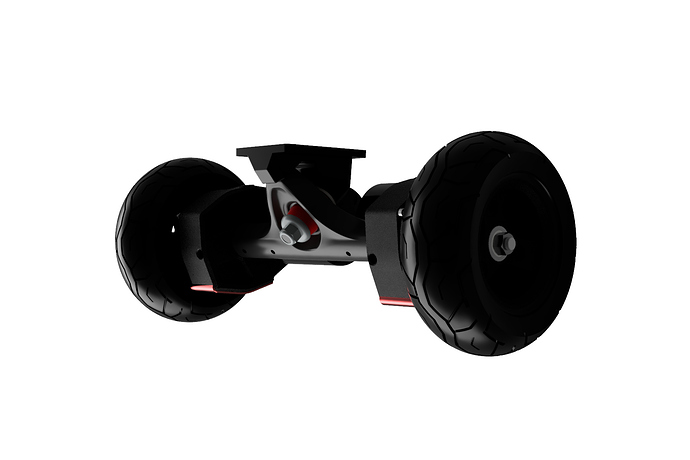 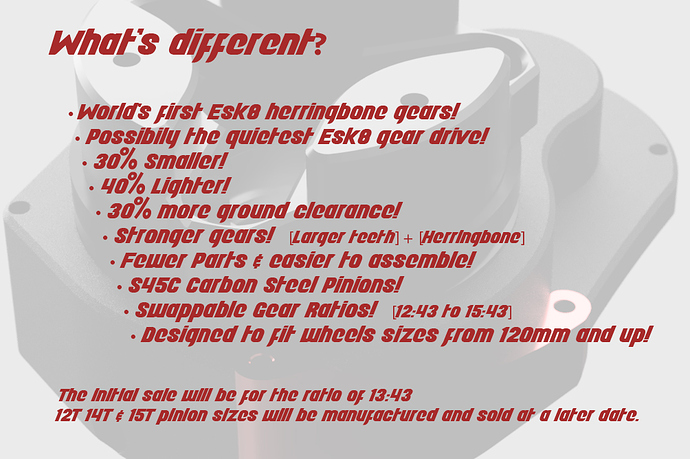 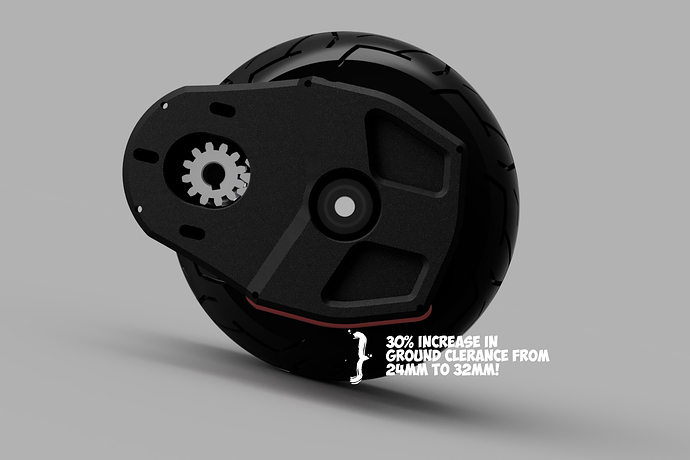 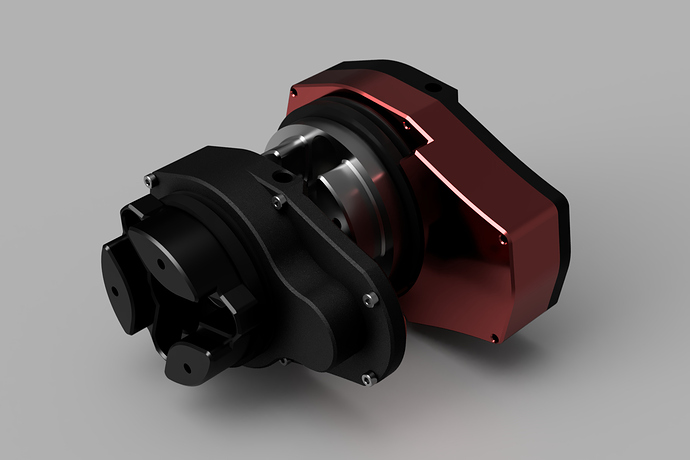 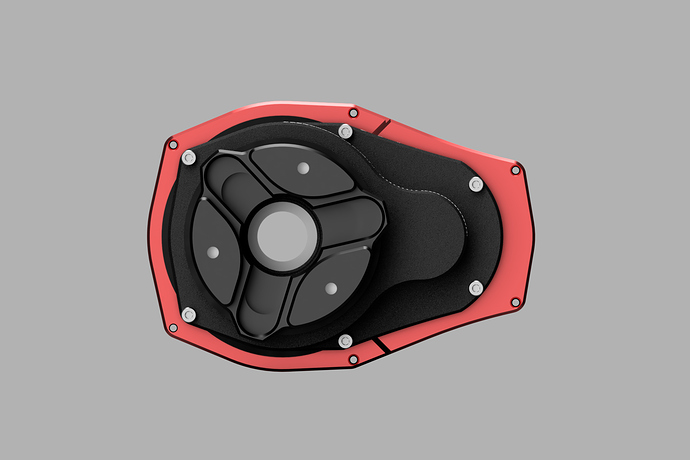 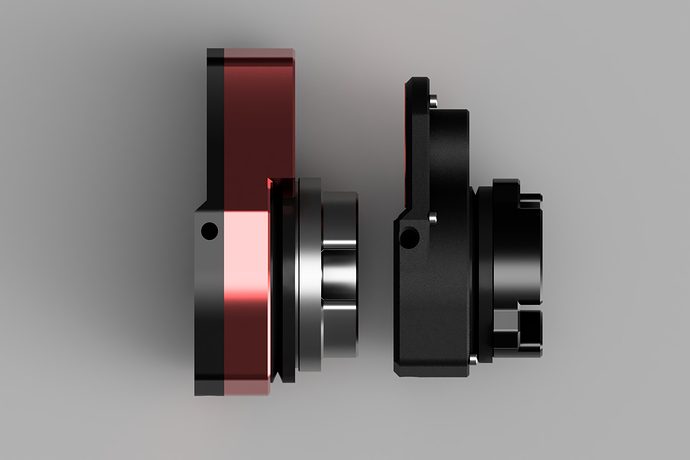 Designed for the Kahua Trucks: 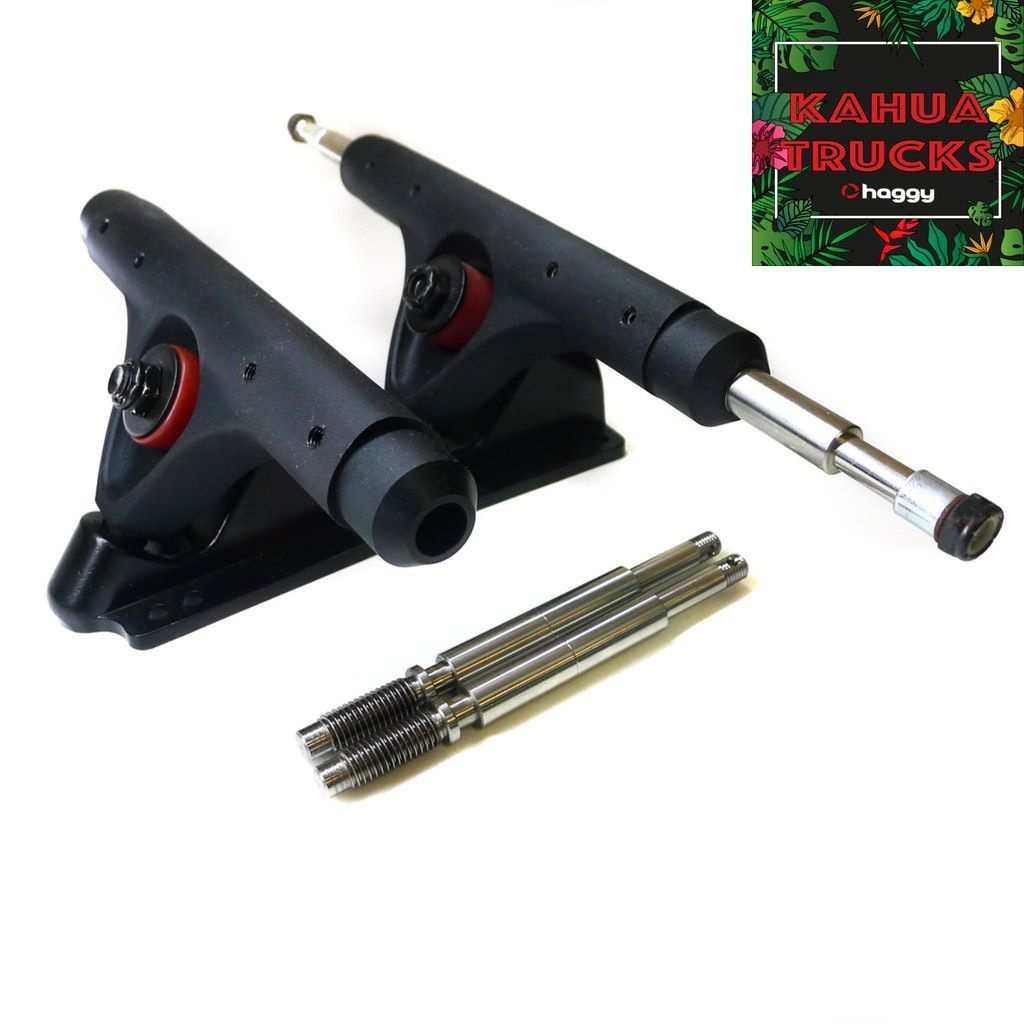 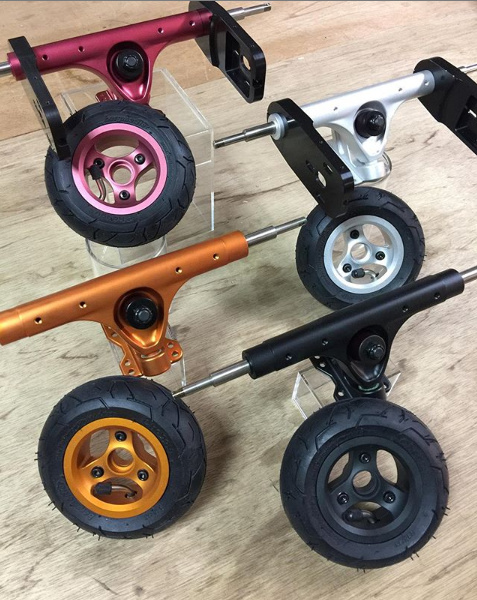 Designed for the Bergmeister Wheels: 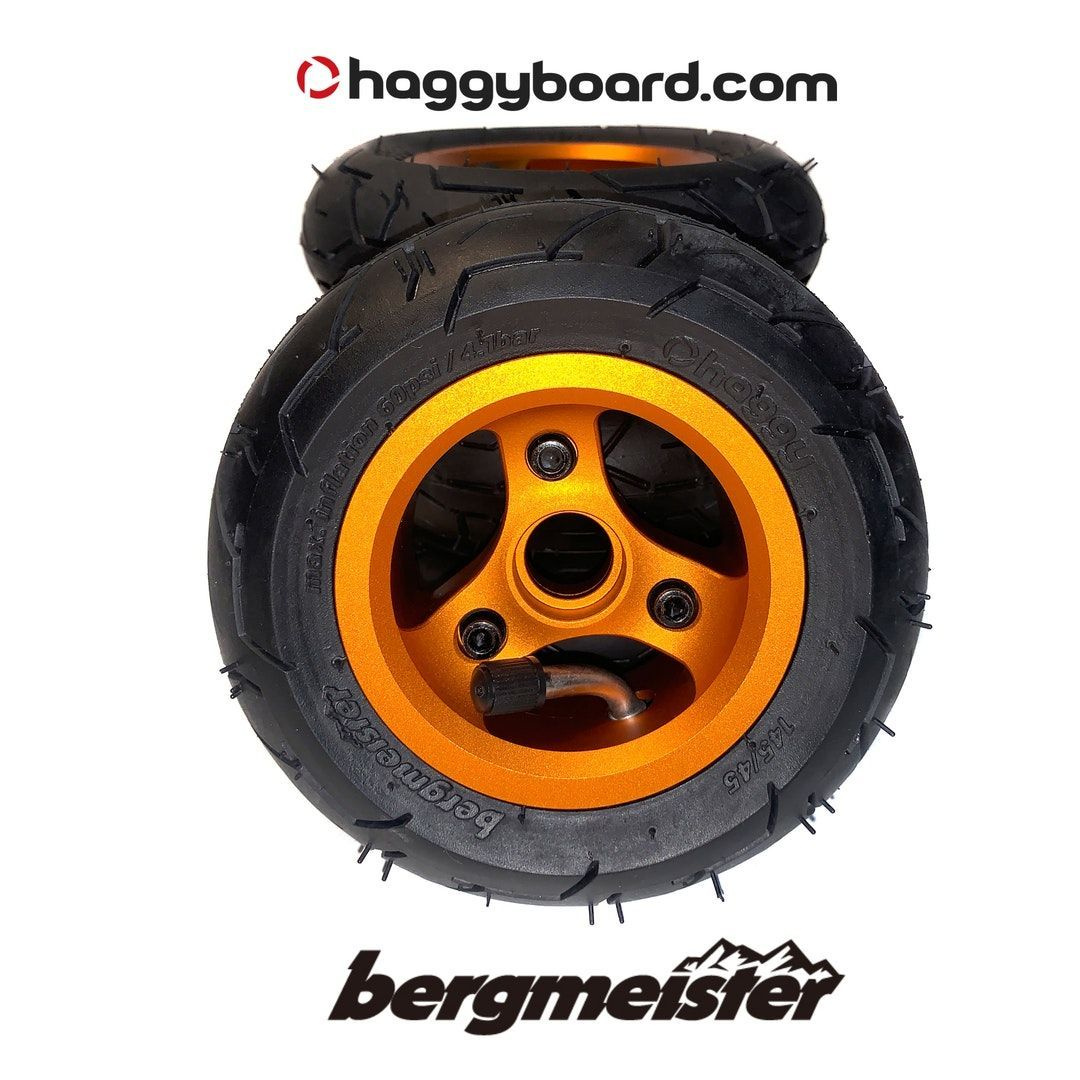 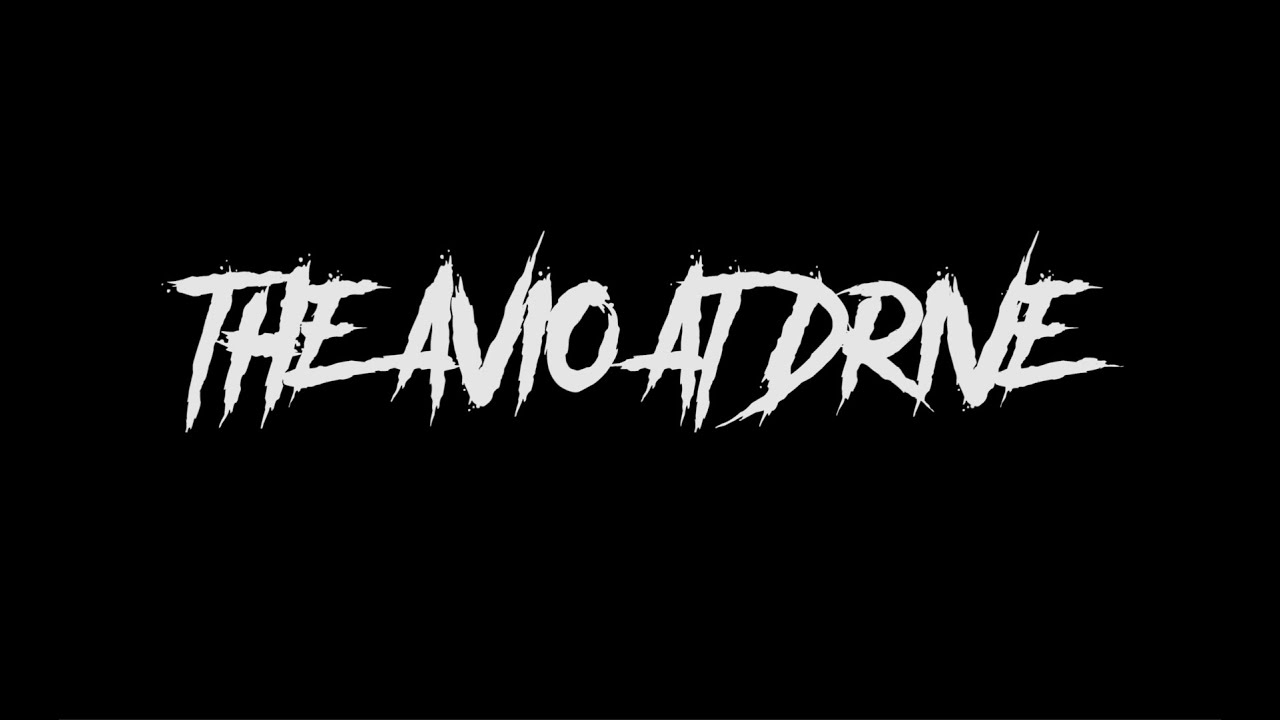 Q: Are there herringbone gears for those who have the MK1 who don’t want to swap to the MK2?
A: Yes. We currently have very limited stock of Alu-Alu and Alu-POM Herringbone gears. These will be a one-off and we will not be producing anymore of these gears for the MK1. As of year 2020, the herringbone MK1 gears have been sold out.

Q: Can the MK1 or MK2 be adapted onto caliber trucks or any other trucks?
A: Sorry, no. These are designed solely for the amazing Kahua Trucks. Get them, you won’t regret it.

Q: How do I get my hands on one?
A: Fill this form up and we will send you an invoice for one! 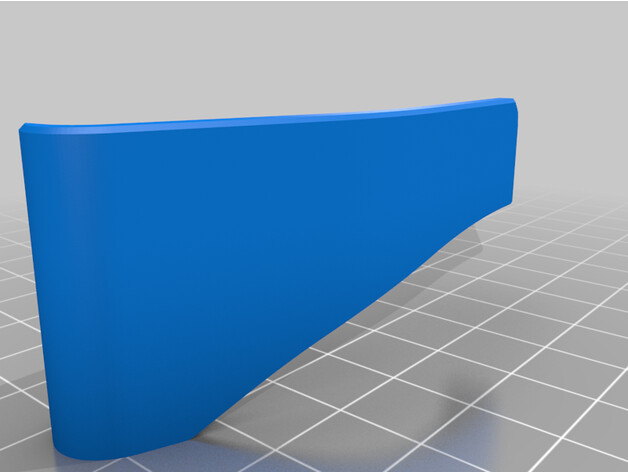 Bashguards for the MK2 Avio AT Gear Drive! 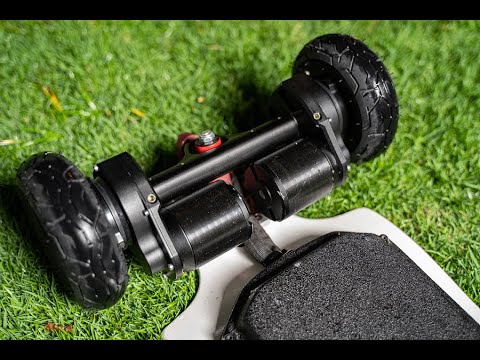 WATCH THE ASSEMBLY VIDEO FOR INSTRUCTIONS. THIS ANIMATION IS JUST TO GIVE YOU A BETTER UNDERSTANDING OF HOW IT ALL FITS. 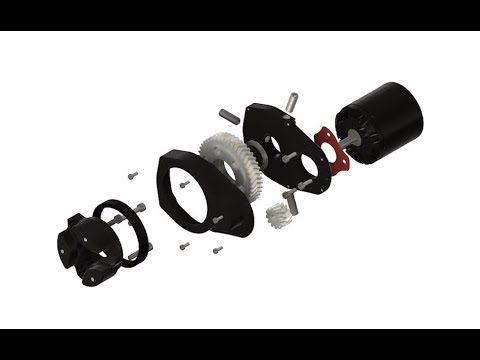 Great to see your Avio stuff over here, Jeff!

I mean… are you trying to get all my business or what?

Also, the custom build options these days are ridiculous.

It may be time to sit down and rebuild the board builder i had in 2016.

Also these trucks are monsters. I’m running those now on my witchblade with haggy belt drive mounts and bergmeisters. They feel great and probably don’t bend.

Great to see your Avio stuff over here, Jeff!

(: I’m taking my time to transfer years of content over. Being lazy~

I mean… are you trying to get all my business or what?

Also these trucks are monsters.

Agreed, they are the beefiest,strongiest,thickiest RKP trucks I’ve ever came across.

Too late. Now i just want these on all my gear drive builds that ever happen.

Heyo! Shipping to Europe/US/UK is usually around 30ish USD.

So, here we go. The Avio AT Gear Drive Mk2, Stealth Edition, featuring, you guessed it, HERRINGBONE GEARS!.

First, let’s show some pictures. These are taken in a rush, so don’t judge me, i was really excited to put the whole thing together. 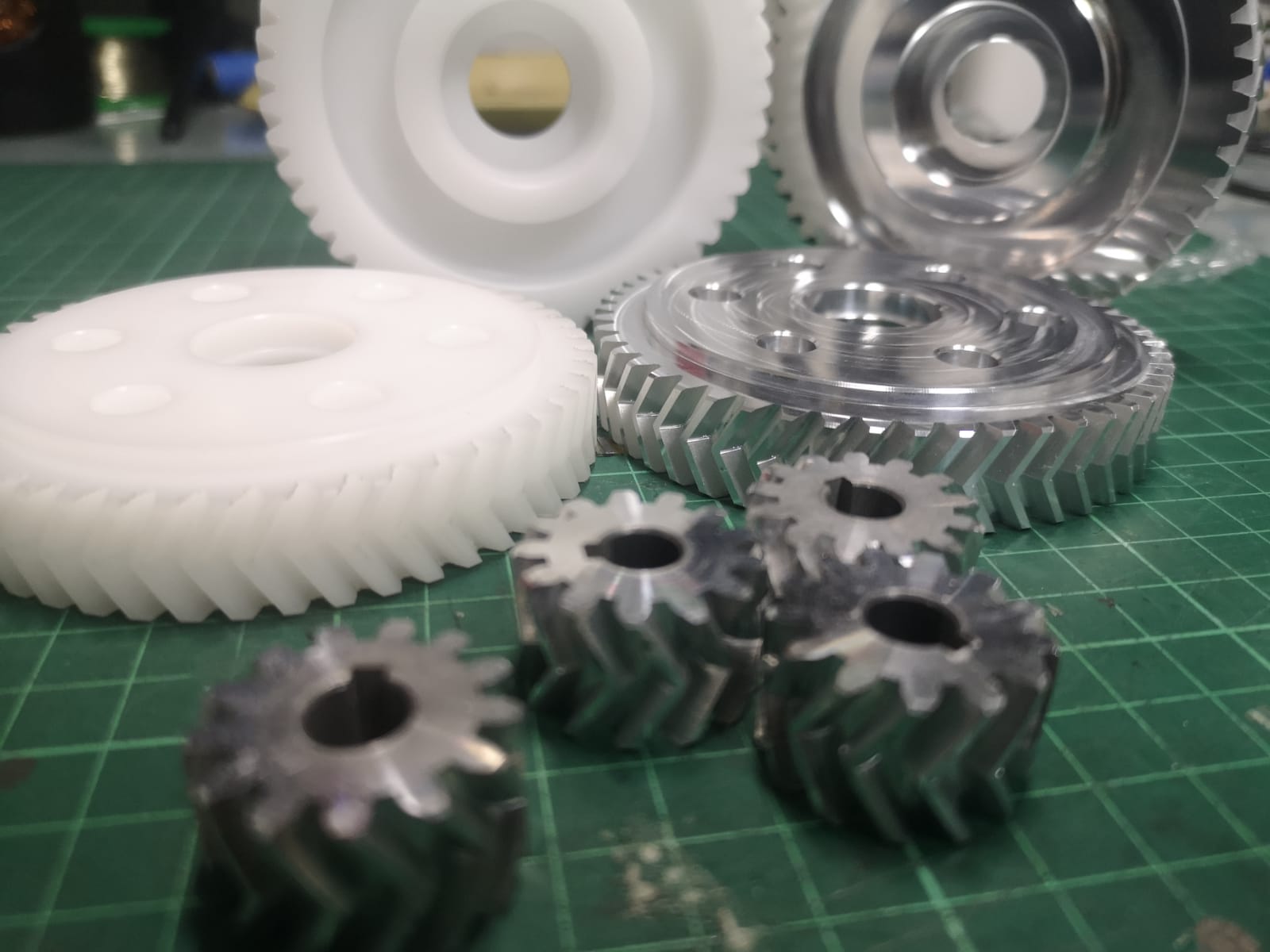 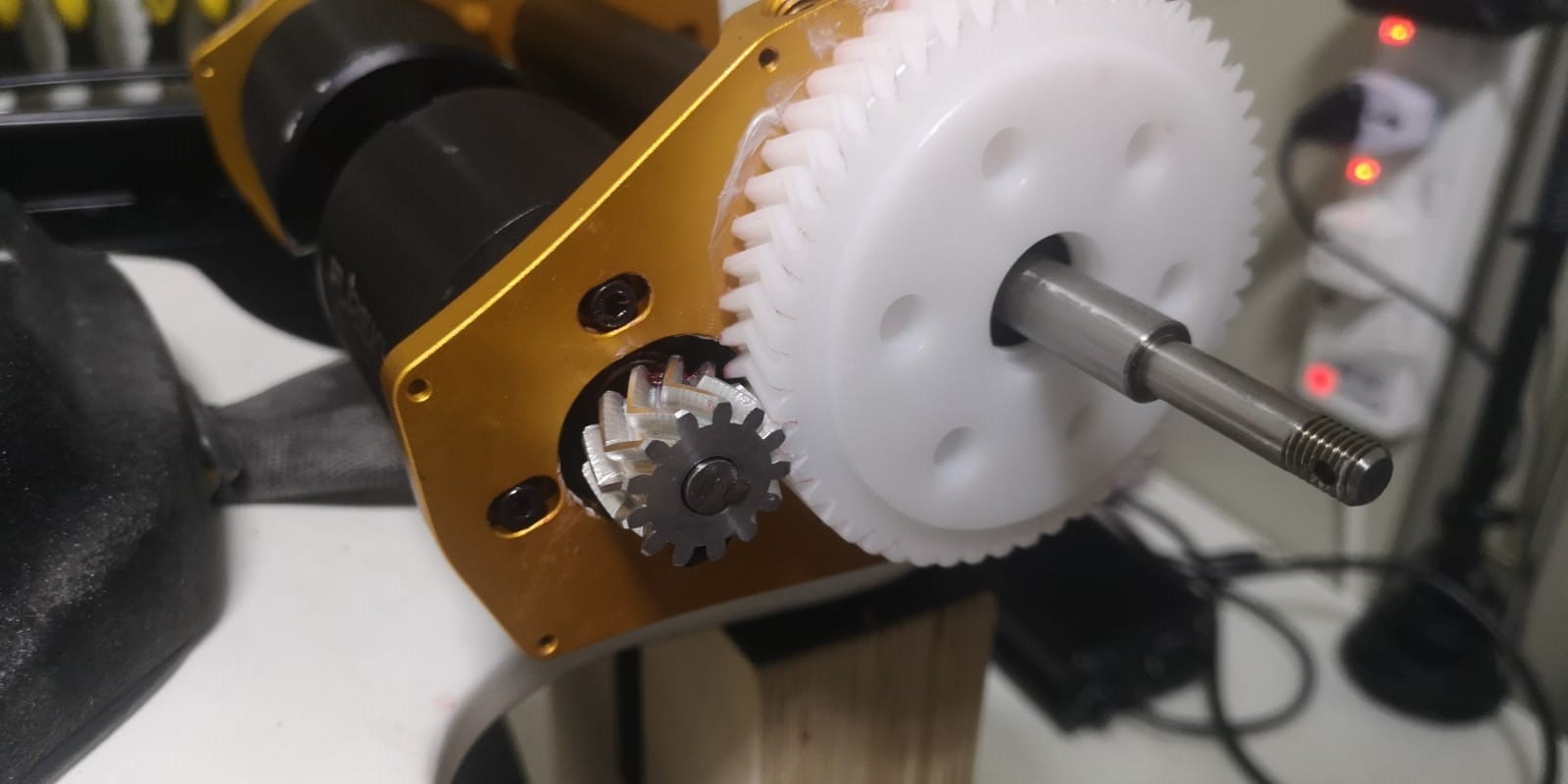 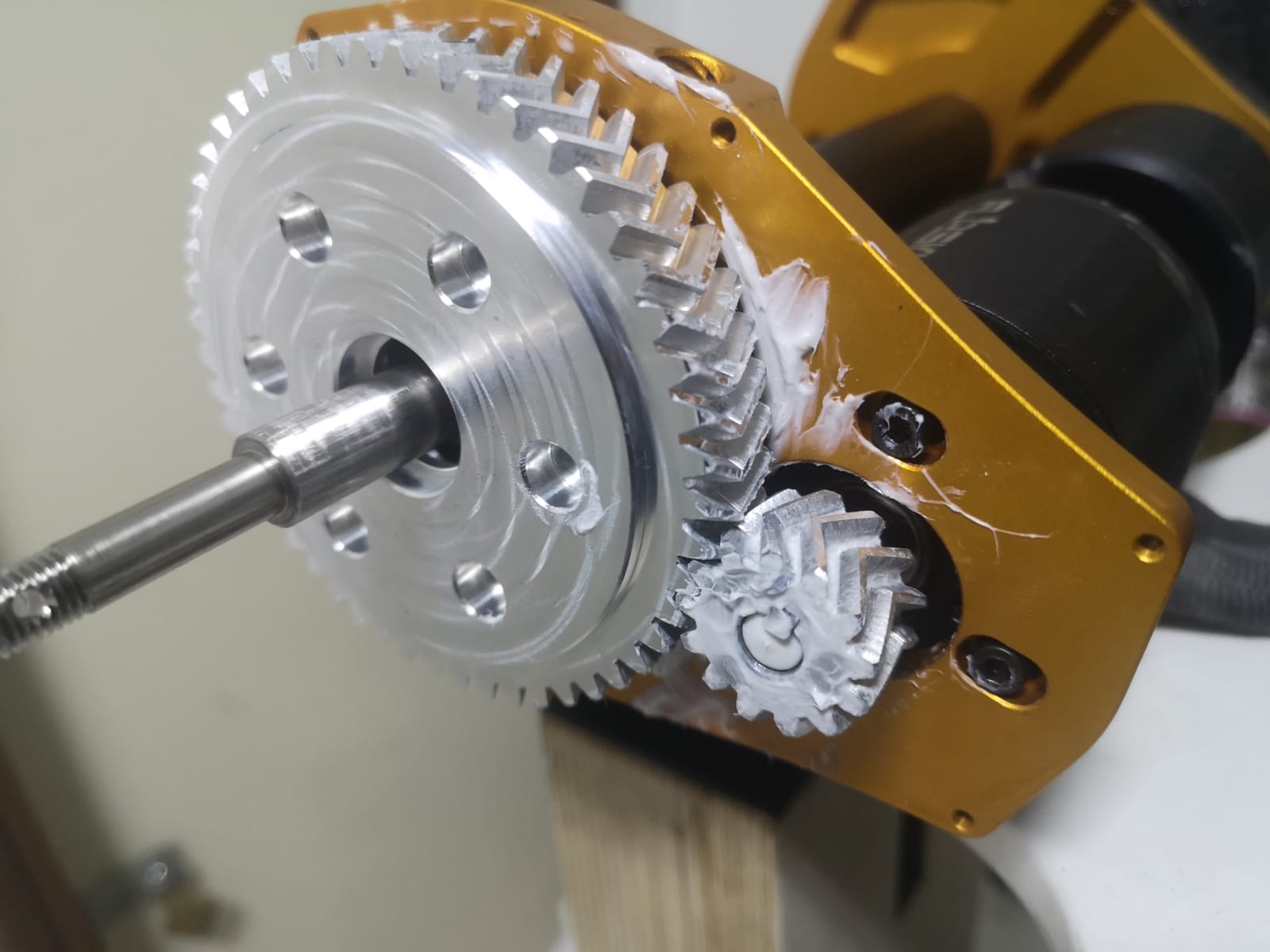 If you can see from the pics, 2 different spur materials were tested, the traditional POM and ALU 7075. People were worried of the strength of POM, so we decided to go for a beefier option. Now, i know what you’re thinking, it’s gonna be LOUD AF. -> Far from it. It’s MUCH quieter than my spur gear design, with a different sound pitch compared to the POM herringbone gears, but probably the same sound level (dB) between the 2. I’ve yet to measure this and will get back with some quantitative numbers when i’m done with testing.

Assembly is also made easier. Herringbone gears are inherently self aligning - that means no more Loctite 638 to attach the pinion to the spur! easily swap them out (literally slide the pinion out from the shaft) for different pinions to change the gear ratios quickly! (when we produce them!)

Well, you don’t need loctite 638 anymore, plus, the bearing has been changed to a thinner bearing that better adapts onto the Kahua trucks. That means you don’t need 2 bearings anymore, a single bearing on the inner part of the truck is all that is required!

The gears have also been slightly redesigned to be lighter (The POM version at least) with cutouts, but not affecting strength of the gear.

Aluminium Spur gears provide an increase in strength while keeping it lighter than the previous design!

Did I mention how much quieter it is? I’ll upload videos soon, but from initial testing, it’s definitely something to be excited about.

It’s not for sale yet and I’ll let you guys know when it will be. In the mean time, you can PM me to indicate your interest (:

Can we upgrade the OG drives, or would we need whole new drives?

I saw that you cold hearted tease!

So glad to see someone bringing herringbone gears to market. Well done! Cant wait to see (and hear) how they perform! 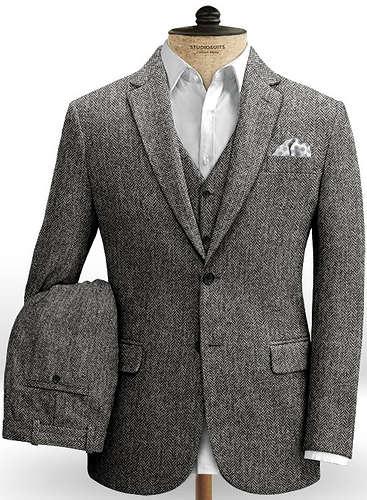 These look beautiful!
Any plans to make them fit caliber style hangers?

Definitely interested! if there are some options for gear ratio in future

Any plans to make them fit caliber style hangers?