How to make a XT90 Loop key

Hey guys, i have not seen a dedicated thread for a loop key tutorial so since i was making a couple yesterday, i decided to snap pics of how i did mine.

What are loop keys?

Loop keys are a budget friendly option for an on/off switch for your board. It’s also a physical disconnection of your circuit and is proven to be the most reliable switch alongside the AS150 connector.

Some antispark switches may eventually burn out or have other issues like a small current draw which eventually drains your battery pack even when off.

Why should you use a loop key?

If you are a college student on a budget, and can’t afford $40 for an antispark switch, a loop key circuit would cost you aroooound $5 US give and take.

Ok let’s do this. I will be using a 3D print for the loop key made by @ervinelin on the builders forum. I find that this is the cleanest loop key design that also gives an area where you can pull easily. 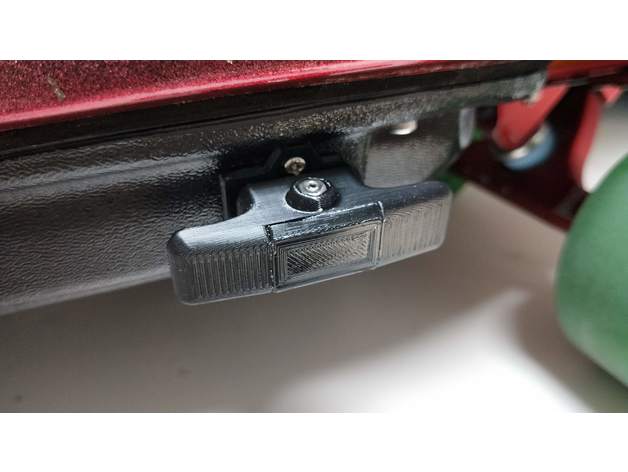 I was tired of struggling to unplug my XT90 antispark loopkey and decided to design one which allowed me to grip it easily. Solderup the XT90 as thinly as possible as per the photograph. Here I soldered using a 12AWG wire (without silicone). Print...

Here’s what you need for the loop key section

Do note that the female connector has a green L on the connector. It’s a resistor that kinda acts as a fuse as well in case you decided to mess up your battery polarity yea that happened to me
Good thing is that the loop key and male connector will be the one that pops, and hopefully everything else will be fine. Do not use a female XT90 without the resistor as a loop key.

Trim off a bit of the silicone revealing the wire

Flux and tin it, this holds one end of the wires together.

Cut and reveal about 3cm of the wire.

Bend and slightly flatten the wire in the middle, making the overall thickness thinner by spreading it out by a bit.

Dip it in some flux

Use a wire snip and cut the wire a bit after the flat-ish area.

The reason for the solder is to partly solidify the wires. If not it’ll still be flexible and be prone to bending back straight.

Have your clip hold the bottom while you work on it.

While i was soldering, i’ve also printed the loop key.

20200114_2345334032×1908 2.32 MB
The bolt will rest on the plastic part of the connector and prevent the connector from backing into the holder. The bolt does not touch the wire nor bullets. Now is a good time to glue your connector to the holder. Use epoxy or conformal coating.

The reason i flattened the wire slightly is because the space in the holder is tight, so it tends to hit the lid. I also lightly heated the lid so it will conform to the top of the wire.

No 3D printer? No problem! You can also do the traditional loop key by using a longer 12AWG wire and the cap for the XT90. This however protrudes out a bit more so if your loop key location is at the side of the board it has a chance of being hit/yanked.

And that’s your loop key done!

Alternatively, there are also other loop key holder designs that you might prefer. 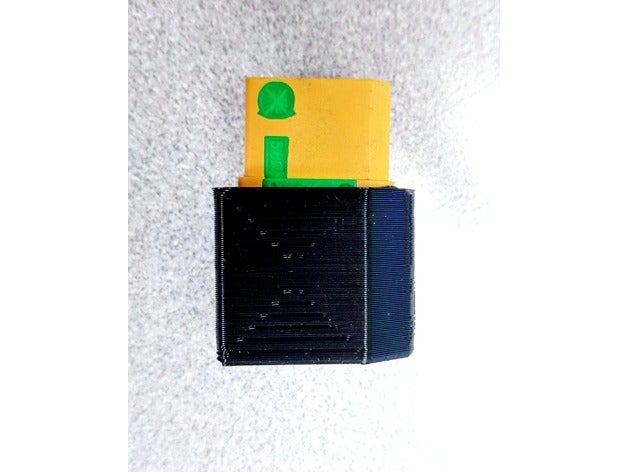 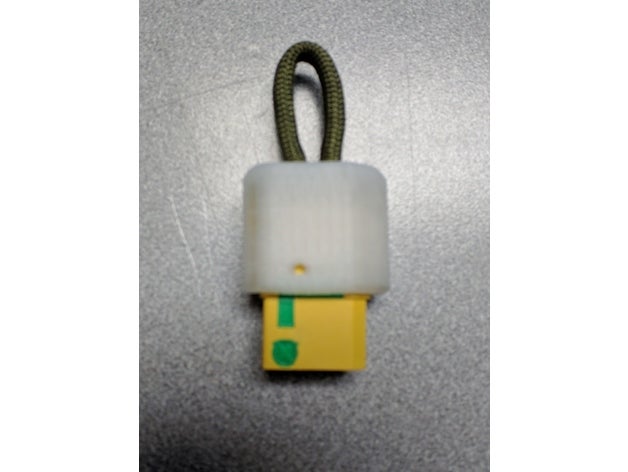 This is a little cover for an XT90-s Loop Key. It makes removal of the loop key much simpler and allows you the ability to color cordinate the loop key with your board :). XT90-S Anti... 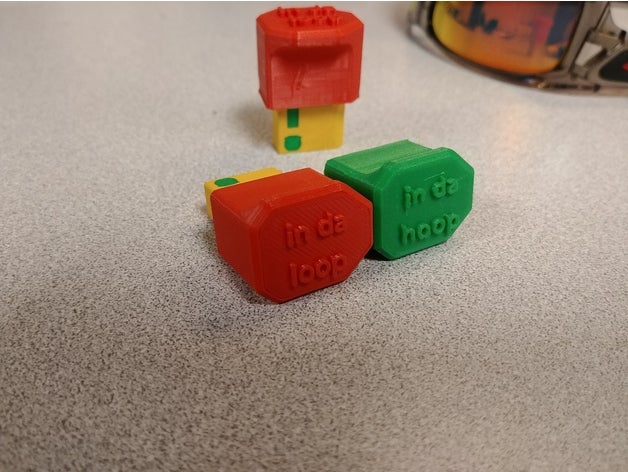 This thing is used to make your loose XT90s key look nicely and being convenient to plug/unplug. Nothing fancy, simple thing that works. *This thing uses an internal recess to catch your XT90s plug. So once inserted it is REALLY difficult to take it... 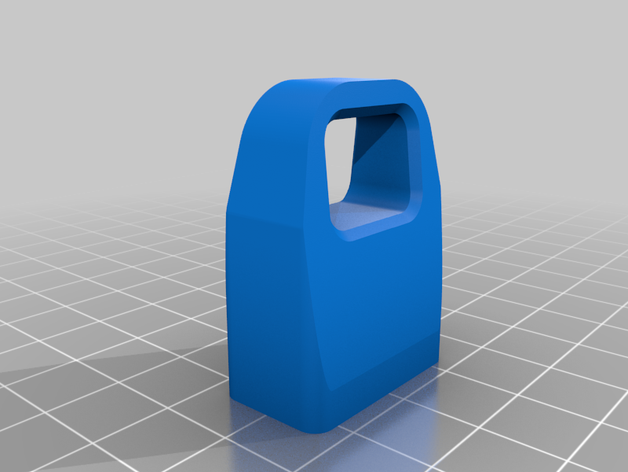 Loop Key for ESK8 by RyuX

I printed this on my anycubic photon. Should work on any printer - if the hole gets too small just reduce the extrusion a bit or sand down the XT90 plug.

Now that the key is done, you need to wire up the connectors that goes in the middle of your battery and ESC.

You will need a male XT90, which connects to the loop key, and a female and male XT90/XT60 (depending on which connectors you use)

dasa757×1600 140 KB
There was a discussion on which side the loop key should be, either on the negative side of positive. I find that there’s no difference since the loop key acts as a physical disconnection so i placed mine on the positive.

Once you are done soldering, you will need to mount the XT90 onto your enclosure. You can JB weld it @b264 style onto the enclosure, or you can 3D print a mount for it. Here are a few options.

I used this one 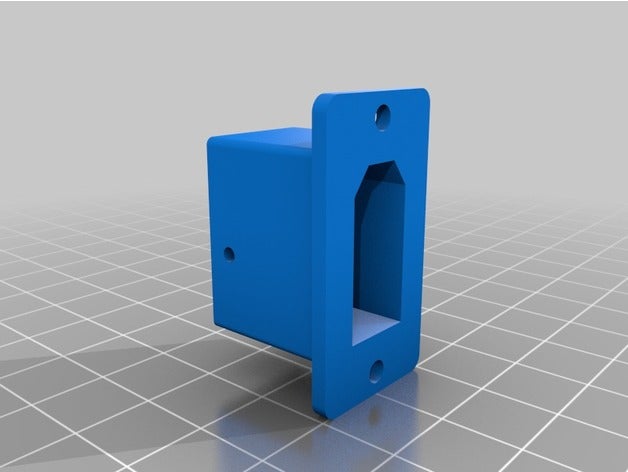 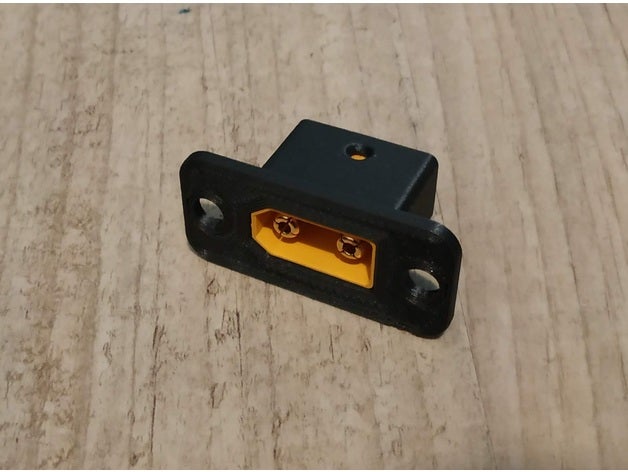 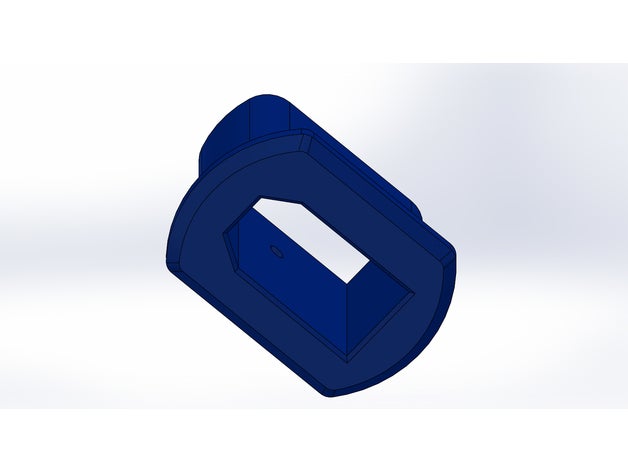 This is another version of the XT90-s Panel Mount, this one is smaller though. It allows you to use an XT90 Loop Key on a shallower enclosure. I use it on a couple of my builds.

Same thing, print it and then glue your XT90 to the mount. Then cut a hole respective to the mount and glue that to your enclosure.

And if everything is done right…

A couple things to note when using loop keys
Ensure the connector is pushed all the way in. If the connector is not 100% in, the loop key may short.
No metal thingys touching the two bullets on the enclosure connector pls. You can print a plug to cover it when not in use. And if you have children at home, that would be a good idea. You’ll never know when they decide to stick a screwdriver in there.

So there, that’s my tutorial on how i do my loop keys. If there’s a more efficient way to go about doing it or if you would like to contribute to this thread please do so. Thank you for reading!

Here is one of the old threads:

Arguably, the most reliable way to control power to an ESC [pair] is to use an XT90S loopkey. [20190219_024916][20190219_024931] It may not be the prettiest or the shiniest or the most foolproof, but it probably will outlast almost any other way if done correctly, and it’s certainly the cheapest. This does have antispark characteristics if you use the “XT90S” instead of the “XT90” variant of the female connector. You definitely don’t want to use the female XT90. Essentially, you make “a key…

Thanks for the link! Darn i didn’t see this thread. I did remember seeing something similar on the builders forum so i thought it wasn’t ported over here. 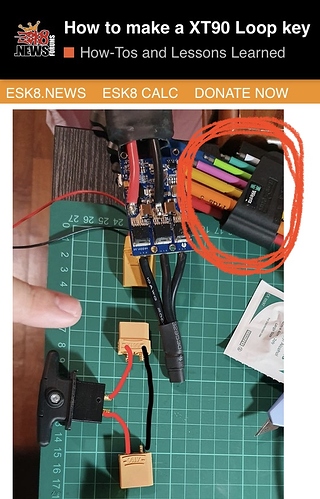 Awesome work, Linny. Thanks so much for taking the time to put this together.

Awesome guide, only thing I will disagree is the part were your solder with the connector plugged, everyone I did that I lost a lot of the friction that hold it plugged

I actually prefer it that way, the plugs stay straight and true.
This is my habit since RC days and deans connectors where the plastic could “flow” under long soldering times

Solid write up thank you!

Yeah, that is a pain also, I guess there is no perfect way

Looks good, nice write up! However, IMO it is much easier to pick up a piece of 10 or 12 awg solid copper wire at Home Depot for like 80 cents and do the loop that way

Halright lets not get Andrew all up in here haha

Awesome tut dude, of course I am not surprised that the unseen parts of your builds are just as neat and tidy as the rest

Brian slowly looks at his loop key collection in despair

Do not use a female XT90 without the resistor as a loop key.

I think i have a bad addiction to neatness/cleanliness. 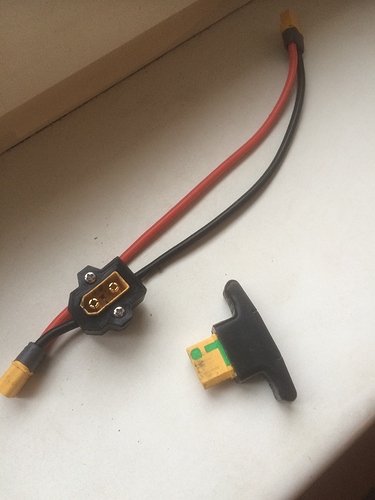 That is a quality write up, good job.