I decided to “get inspired” on it for my second build. 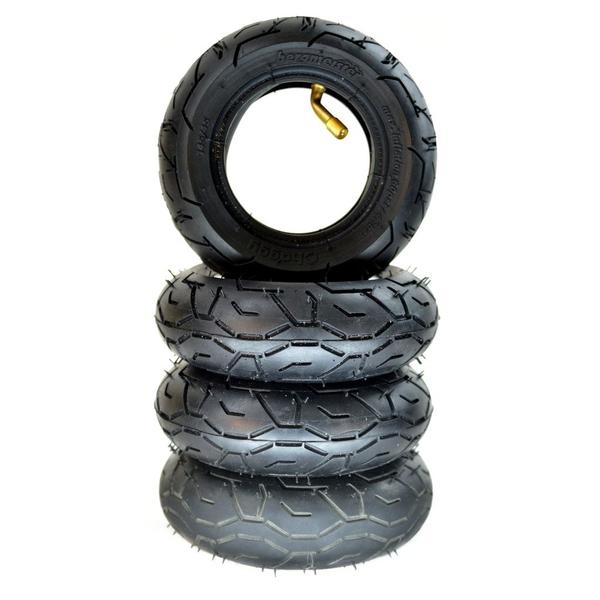 Description: Specs: Contents: Get this combo kit and save $$$ Replacement set of tires for the Bergmeister All-terrain wheels. Quality tires, custom-made by the renowned Taiwanese INNOVA tire manufacturer. • Inflate to max. 85psi with a diameter of... 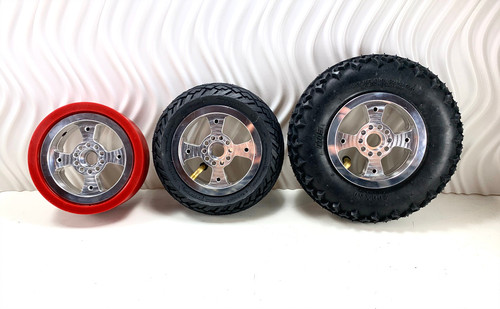 Janux Quattro Hub 4.25" diameter are precision CNC machined from solid puck of T6 6061 aluminium alloy. This hub-centric wheels are designed for strength to take on any rugged terrain, both on and off road. Hubs come pre-bored to fit standard... 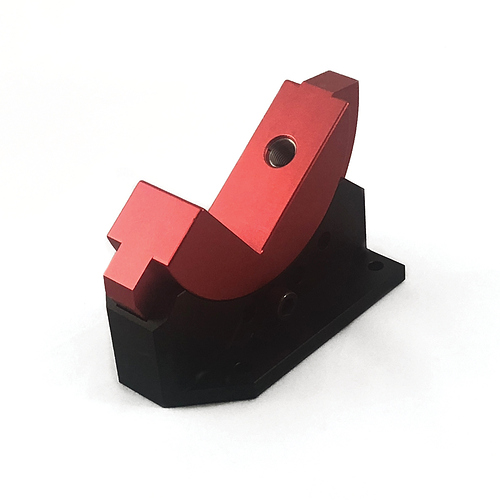 I was very happy waiting for the parts … until I suddenly read this!

@ThomasL at this time, I wouldn’t recommend riding 6" on direct drives.Until I’m able to fully test it and know that there won’t be any issues.

Any ideas, has anyone tried the latest generation TBDD with 6 "wheels?

Plan B would be to use the 110mm torquewheels… https://diyelectricskateboard.com/products/110mm-torque-wheels-tb110

DD with 6 inch wheels is not good unfortunately. I went down up to 60Kv DD and it moves but not fun at all. I used 2 days and I was sick of it

. Depends what you are looking for. To me the max is 110mm for good performace (that’s why I am using them on the Thanos), you can try to push it to 120mm with the Iwonder, Slick revolution…type of wheels. Depends on the battery too.

let’s see how the set behaves, but it seems that maybe I was wrong choosing drive train, I will tell you.

Maybe 4WD is the answer?

I’m not too fond of the performance personally. They most definitely ride and are much more fun on 110s.

Riding pneumatics on them best to have a purposeful built motor specific to the motor size. We will in the future

Any ideas, has anyone tried the latest generation TBDD with 6 "wheels?

It’s a matter of preference. I use 6x2" Chinese wheels with 58KV direct drive motors. and I am very happy with them. I don’t even go full throttle for torque. I think you should try it and then decide.

I’ve tested them on 2WD 75KV on our 160mm. They are okay and ride perfectly fine but if you want to throttle it and/or if you’re riding uphill. The performance won’t be ideal IMHO.

We do have a larger stator 60KV that we will probably test to see how it does.

But I’d rather have the throttle punch when you need it. So if you’re riding on nothing but flat ground you should be fine. (on 160s)

In the current motor size, it’s aggressive throttle on 110s but you add 160s it’s toned down a notch.

I do want pneumatics on direct drive but I’d prefer to have a purpose built motor for it then you can get it all.

I tried the Torqueboard DD on Janux hubs/bergs and loved that combo. I think Dexter told me the set I tried was like the 1st one and it’s stator was about the size of a 6355. Thing was awesome though.

I’m excited to see how the 58KV direct drives from @Esk8supply hold up with bergs on 12S.

Then perfect like that. Is all about personal taste

If it fits you, Then is the right one

The good thing about my configuration is that the change of wheels does not need an adapter change, so I can change it quickly depending on the mood

Once there, and once the weather will be more clement, I will try them out on flats, and some hills. I do not plan to do massive hills.

yes, it is true, your option is cheaper than mine …

please post a review once you have tried it!

Mine won’t be ready until January.

The Elofty drive has a 3D printed adapter for bergs. At 58KV I’d think the drives should be ok with torque. 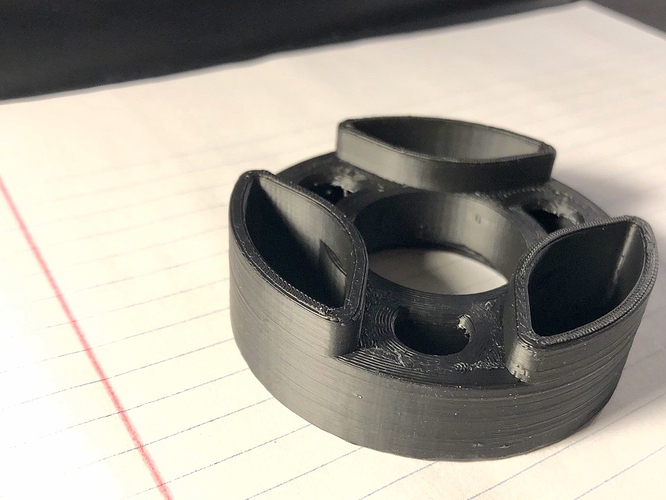 I receive the 6’ Airless wheels, and they fir on the TD DD’s !!
First impression, battery gets drained 30% more, torque is ridiculously low…

Not sure I ll keep them on, need to see how they behave on rough road

So, where to begin…

I popped out the zealous bearings and spacers from my beloved 110’s and put them, with difficulty in the 6’ airless hubs, put them on the TB DD’s 90kv and went for a short 5km distance ride…

Consumption: It went from usually 9.5/10.5 Kw/h to a whopping 18.5 Kw/h with those wheels (yes, uphill) (seen on the Davega-X)
Torque: What torque ?
Top speed: Did not try, but I get 75km/h unloaded with the 90kv (Managed to reached 65km/h), should then be 105km/h with those wheels
Confort ride: Bumpy as motherfuckin’ Skippy the Kangaroo

After this short ride, went back home to put back the 110’s, just to found out the bearings and spacers are stuck in the 6’ Airless hubs… FML

@torqueboards Would be awesome to have a black friday deal on the 110s, just saying

Thanks for the testing and the write up! How is the torque on the 90kv with the 110s? Powerful enough for steep/long hills? I plan to use 120mm cloudwheels, and Im still torn between 75kv and 90kv. @torqueboards , and comment on which kv you would recommend for foamies?

I mean, 90kv with AT wheels?
Most of us didn’t even expect that to work without overheating the motors

you should get 75kv with 120mm cloud wheels.
The top speed is ~65km/h loaded? on 12s
And you need all the torque you can get with big wheels