This is going to be a progressive build thread of my second build. (edit: this actually ended up being my 5th complete build

) It was meant to be my first, but I grew tired of waiting for parts cough Unities cough…

I purchased the Bajaboard G4X at the start of the year and although it is an awesome board to ride, the ongoing maintenance and sheer number of moving parts makes it a bit of a pain in the arse sometimes 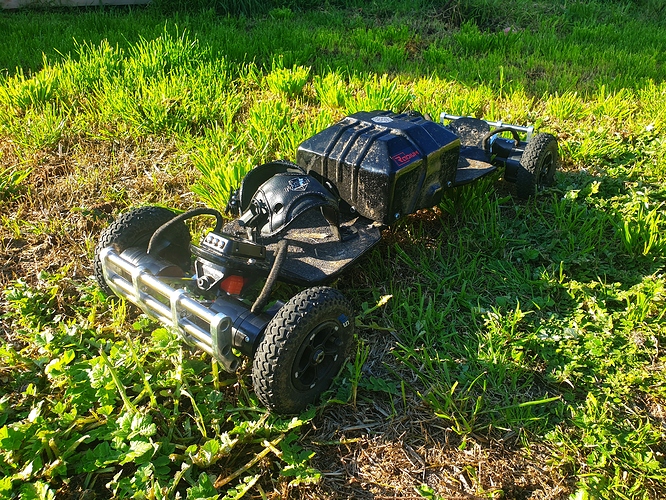 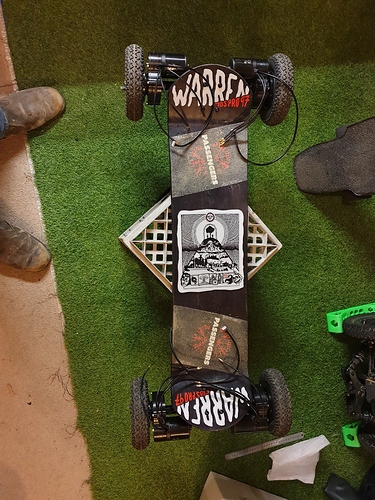 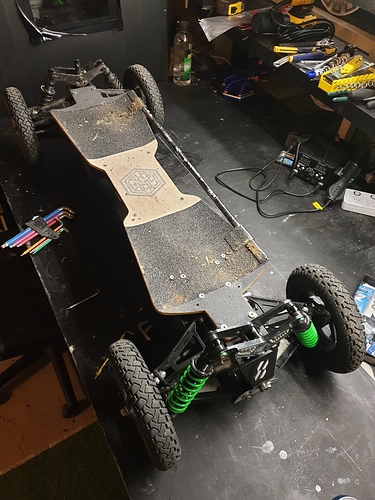 I want a bigger (battery capacity and power, smaller form) and better board than the Baja, hence the reasons for this build are simple. I want an outrageous build. I want to learn new things. I want to practice things I have learned already. I have no self control.

Im gonna break this post into seperate posts for each of the main components and update them while tinkering.

EDIT: i gave up on updating the posts. You’ll have to read the whole thread for all the nasty details 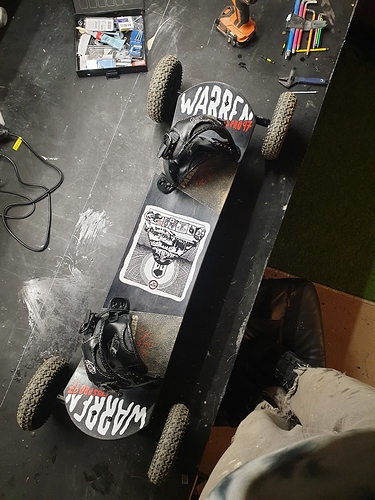 20190922_222206.jpg3024×4032 4.25 MB
I really like this board and wanted something a little different than the stock standard Trampa build. It’s stiffer than a Trampa which should hopefully mean it is better for speed, and I like the idea of the shock blocks in the Matrix IIs.

Pretty sure I’m going to modify the deck severely

, i know that I will need to cut the ends to accomodate the E-TOXX gear drives, and I would also like to add Kaly style gas pedals to it. 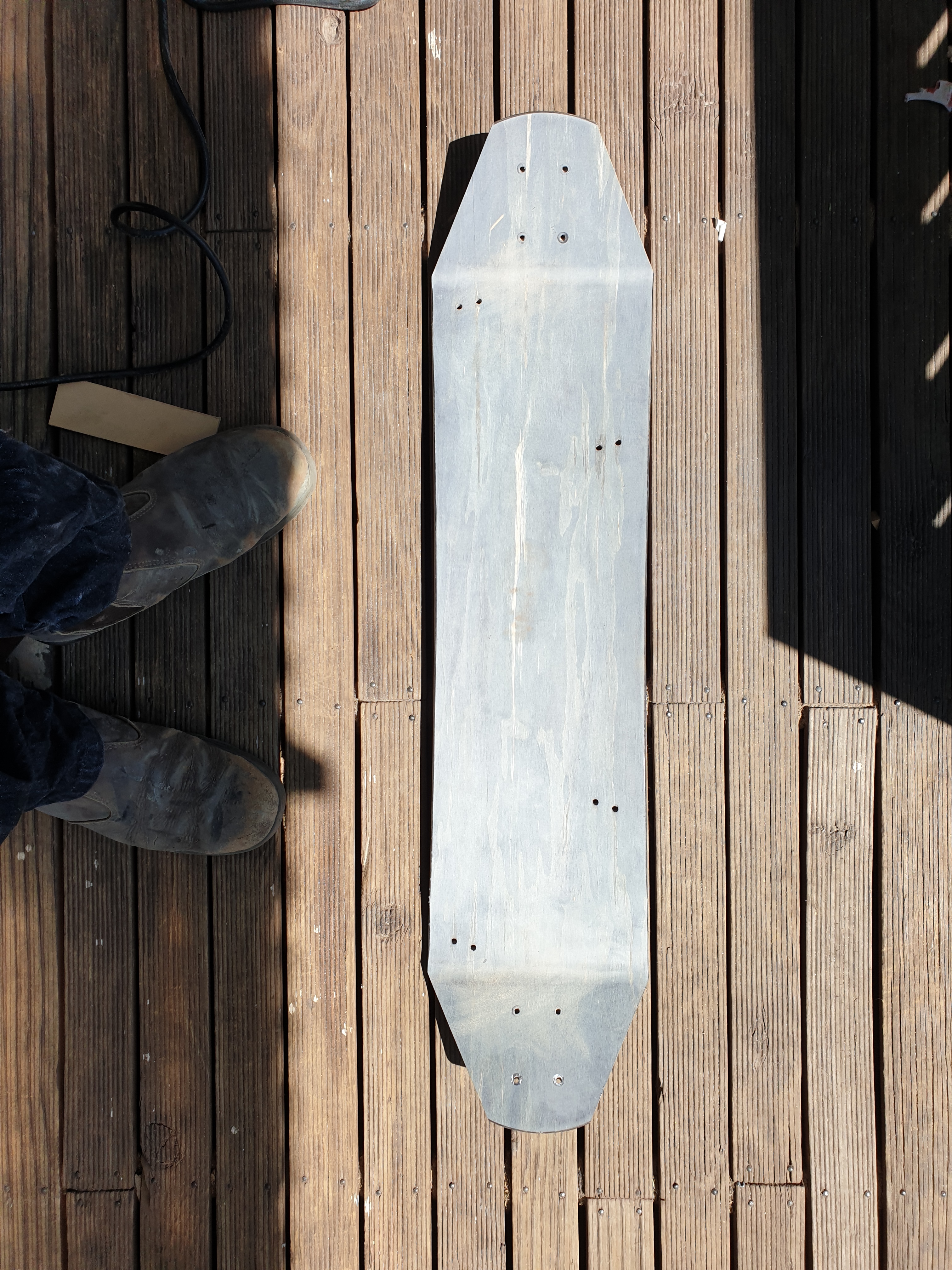 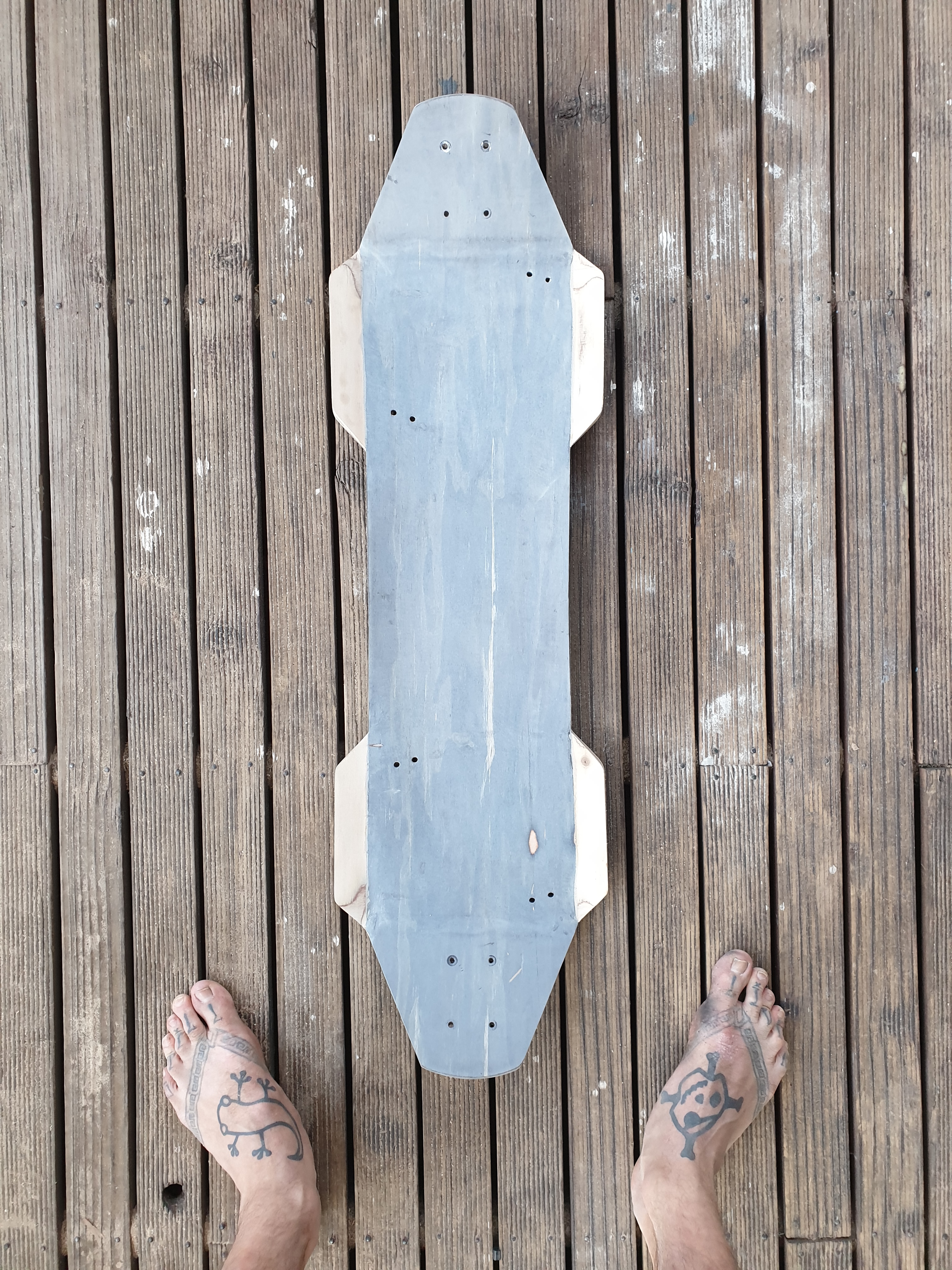 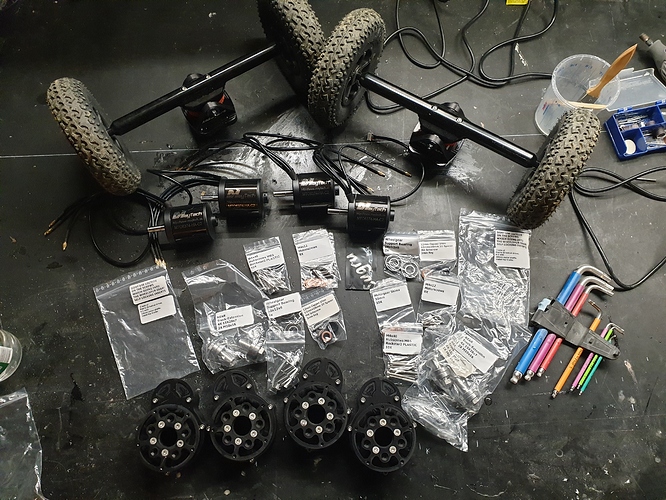 The motors were one of the first things I ordered for this build and @Agnes_Maytech was exceptionally helpful during the ordering process. The motors were shipped from China to Australia within a week. Very happy with that.

The E-TOXX drives were a bit of a different story. I jumped on a group buy on the other forum to get 2 sets of the gear drives. After waiting for at least 3 months with little contact from Hyperion who organised the GB, I decided to ask for a refund and go directly to Jenso.

Hyperion refunded me immediately, I ordered through Jens, who graciously gave me the group buy price and I had the drives within a couple of weeks. The drives came exceptionally well packaged and Jens has emailed detailed instructions of how they go together. I sat down for an hour or two and got my head around one assembly, now I’ve got to complete it and the other 3

Edit: getting closer with the drive train. Slow and steady progress. 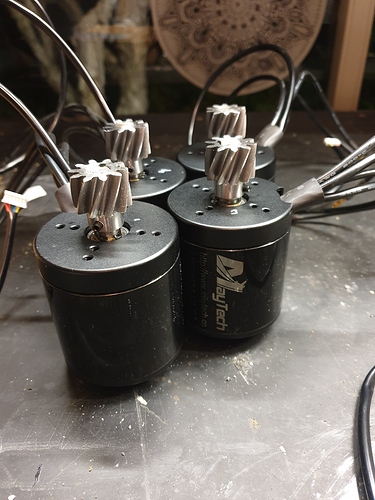 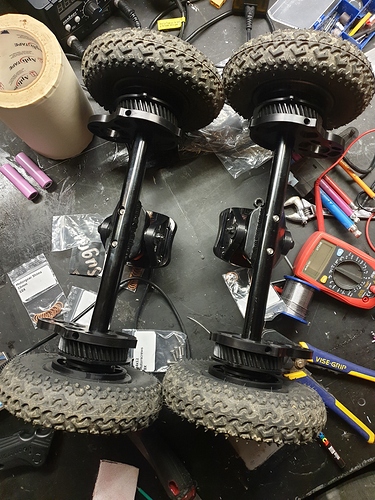 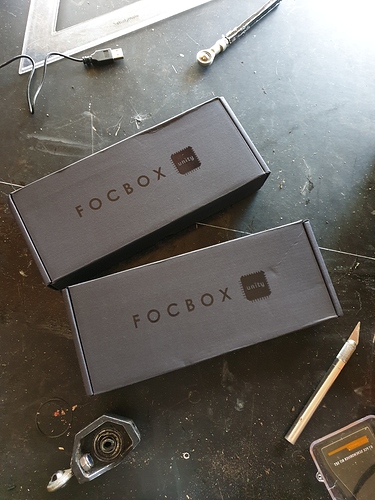 I jumped in on the Easter sale and got 2 Unities. I fully expected a long wait and I got one. Ordered May 31st, received August 31st. Of the same year!

The only thing I regret about this purchase is that I paid for the warranty.

These will need to be upgraded with bigger wires and connectors. Should have just ordered from Bioboards. 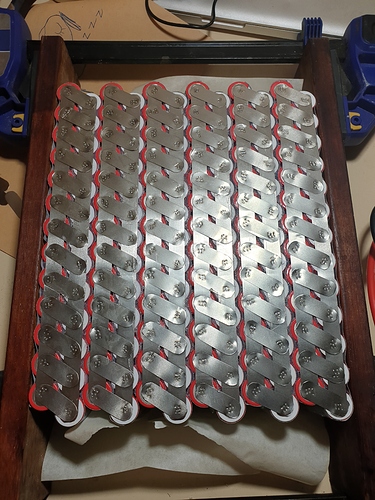 This thing is huge. It weighs a ton, but it’s certainly not going to lack punch or power. I’m hoping to get around 70-80km range out of it, time will tell. 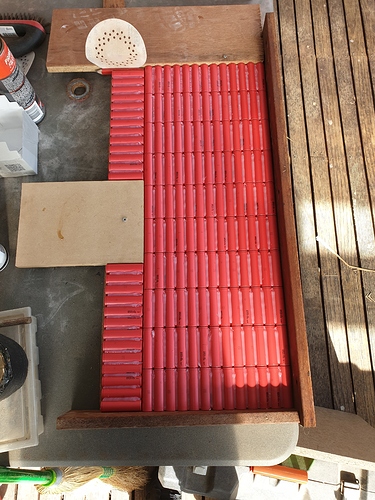 I used silicone to glue the cells to try and reduce the amount of heat that the cells are exposed to. It should be mentioned that any time you are using silicone with electronics, you should be using neutral cure silicone.

The silicone works well, but needs at least 24hrs to cure properly! Not for the impatient man. 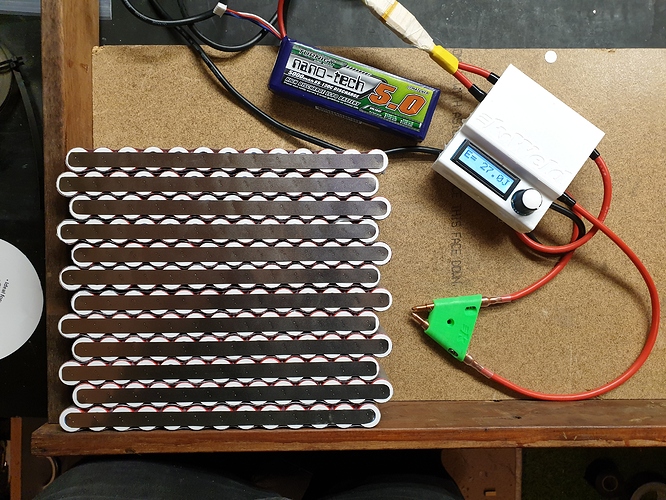 I considered using fishpaper for this, but I planned on gluing the whole pack together with silicone anyway so I made the executive decision that cloth tape would be enough as there should never really be any abrasion between groups. 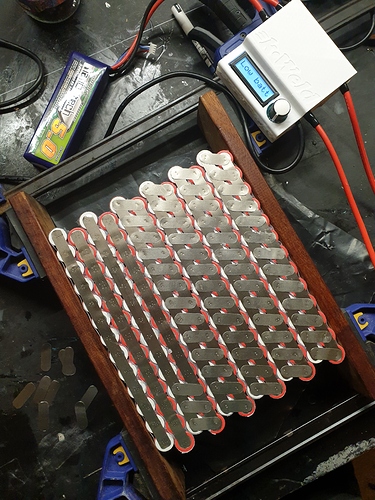 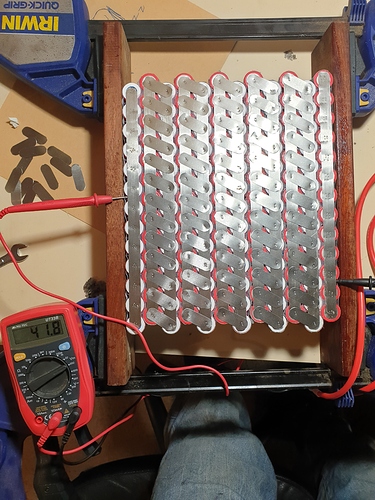 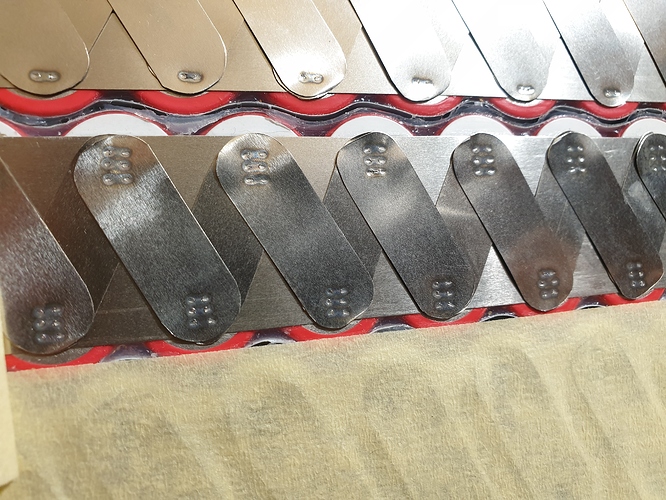 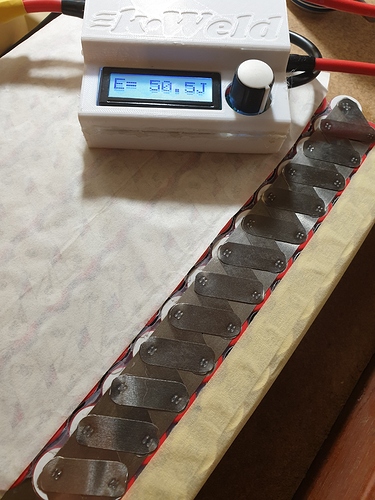 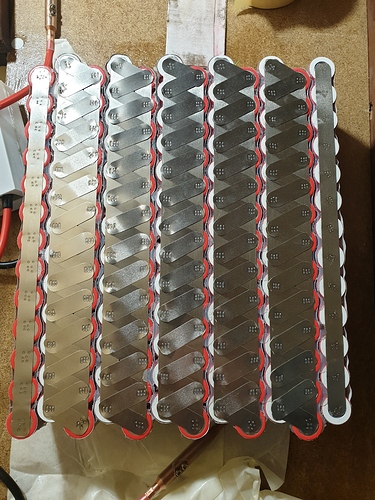 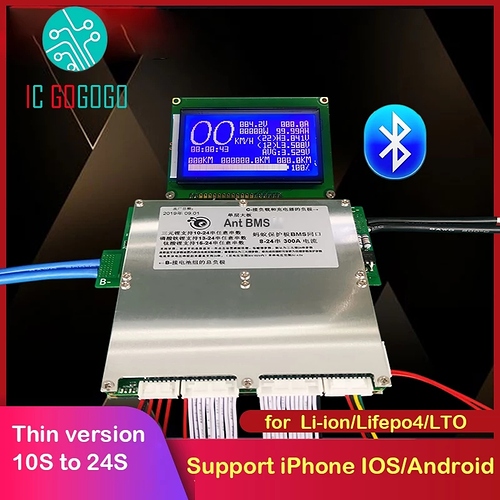 Gone out on a limb here and ordered this guy (200a version) from AliExpress. Hasn’t arrived yet so not much to say just yet. Does anyone have experience with this BMS?

Metr Pro: I’ve got a spare Metr pro kicking around, but I think I will order the special Unity version and use my spare for the next build. Does anyone know if Im running two Unities via CAN if I can use both the Metr and the Unity bluetooth modules? Or does one take precedence?

Davega X: got in on the first round of the new Davega and can’t wait to get the build done so I can use it

such a slick unit, really looking forward to having it. Helped me make my mind up on the remote too, as now I have no need for a screen on the remote.

GT2B: have read great things about the GT2B and it’s reliability. However the case needs to be fixed

I will tweak the stl to include an emblem on the side and hopefully it will be my first print in PETG. Have ordered the remote and will have a play with printing the case in the next few weeks.

Bullbars and lights: i can’t find any off the shelf items that will work for me as a bullbar with the Matrix IIs so I think I’ll have to fashion it myself. The bullbar will act as the mounting point for whatever lights I decide on… not looking forward to choosing lights as I am sure the options are quite broad.

When you have a baja with a faulty bms. Looking to Klaus.

Hmm… the BMS in the Baja seems to be a common issue… mine seems to be holding up… for now.

what makes you to go quad again?
you already have a heavy board with the baja, why not to go the light route with the diy build?

The power delivery of quad is so much better for off road shenanigans… there will be smaller, lighter builds in the future.

This board is being built as a show off, dick swing, my board is bigger and better than yours type of build. Much like the Baja. But hopefully better

And when one 4wd breaks down (which it will inevitably will), I’ll have a backup beast

The board cut it off at 60 % battery going uphill two days ago.

My second build will be a 2wd with the option of a 4wd.

This looks to be a great build. 4x6374 is ridiculous but i guess thats what your going for. Im looking at a 4wd build at the moment but think im going to try and keep the whole thing much more light weight.

i have a few questions, how well does that huge battery fit on the deck? do you have a pic? what are you expecting top speed to be?

You are flat out barking mad. Love your work 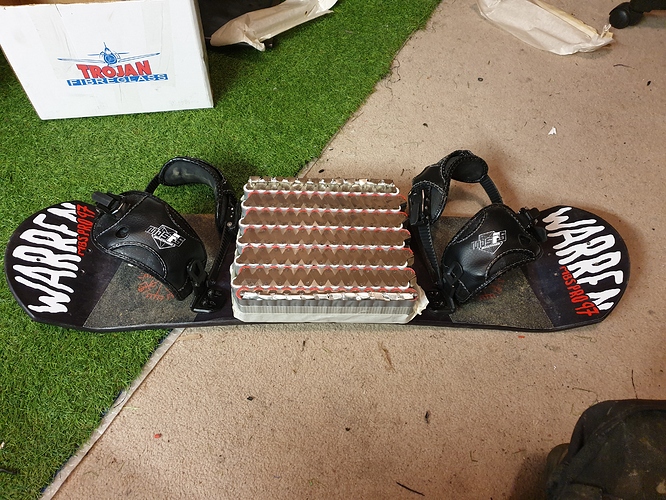 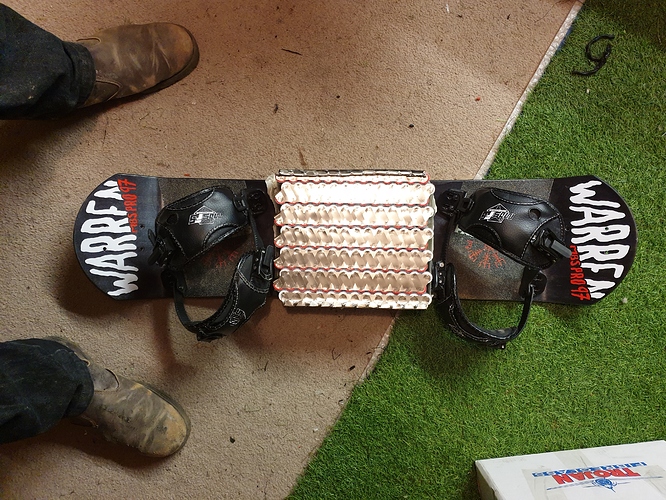 By the time this has an enclosure built around it, its getting pretty tight

as part of the deck modifications, i will be repositioning the bindings to give me a little more room, and the heel straps are coming off.

Can’t remember what the calc said for loaded top speed but it was somewhere between 50 and 70kph. Anywhere in that bracket is fine by me as long as the torque is there… was a little concerned about the 4:1 ratio but with 4 motors im pretty sure im gonna have what i need.

You can switch the heelstraps around that the rachet is on the outside. It’s not perfect fit, but the only way it works on my boards as well.
If you want to get rid of the heelstraps, let me know

i‘m always in need of some

Haha they are a sought after item for sure. Im gonna put them on an analogue mountain board

Worth a try thou

Mate, saw your comment on insta, are you getting a Haero Bro board? I would love to get one too!