This build thread is to document my 4WD Trampa creation. I usually would do a verbal dump of a build after its completed but I wanted to do it different this time around.

I have taken inspiration from @glyphiks 4WD custom monster build. Unfortunately I am not as talented as Al when it comes to battery building and enclosure making so I am making do with what I know and what I have available.
I wanted to bring this build to life because I have yet to see a DIY 4WD AT board here in Sydney, Australia, and so I figured I would give it a crack myself. Failure or Success, it will be a learning process.

Deck:
I choose a Trampa holy pro 35 17ply deck with infinity trucks and superstar hubs because my very first DIY board was built on the same platform and that build continues to serve me well today. The deck was ordered and delivered in less than a week which is damn impressive considering the current covid situation we find ourselves in. Shout out to @Trampa and his team.

Motor Controllers:
I am using 2x Focbox Unity’s which will be powered by a 12s2p 20ah lipo battery pack mounted on top of the deck. I got the Unity’s of @elitejarcool they were the last 2 he had left in his stock.

I have done some work on the unity’s and the enclosures they are mounted in so far and I think they turned out well. The Unity’s are housed in 2 individual faux pelican cases purchased from Jaycar Electronics. I was unable to get a large enough plate of 5mm thick aluminium so I made do with 2x 50mm x 160mm x 3mm aluminium plates placed side by side to act as a ghetto heatsink. I don’t think it will be enough to dissipate the heat generated but something is better than nothing.

Battery and battery enclosure:
The battery box that I have chosen comes from RS Components. It was chosen as it had the right dimensions to fit the batteries, BMS and battery indicator without too much fuss. Dimensions are 240mm x 190mm x 105mm 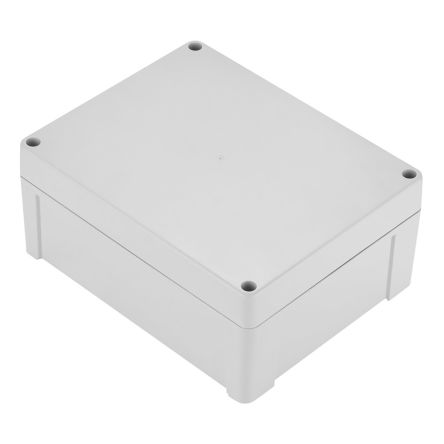 The batteries I wanted to use are 4x 6s1p 10ah to make a 12s2p 20ah pack. The batteries are on backorder so it will be a waiting game for them to come back in stock.

Motors:
I am using 4x TorqueBoards 6355 190kv motors. I had a pair for another project that never got off the ground so they were repurposed for this project and I had ordered 2 more which only recent arrived. Hats off to @torqueboards for the fast shipping.

I will upload better photos of the Motors and Battery box once I am back home.

Drive Train:
I will be rocking 2 sets of the E-toxx 5:1 helical gear drives. I have a 5:1 straight cut spur gear setup on my other DIY Trampa and they have survived 2000+ km’s and I have only ever needed to replace the bearings in the wheel gear. For me it was a no brainer to continue to rock the E-toxx units because I know they can stand the test of time. Thanks @NoWind for putting up with my stupid questions via email lol

This is what it looks like partially mocked up

I am only missing some key parts at the moment.

Its looking clean so far bro!

I hope to keep it as clean as possible but knowing myself there will be wires running all over the place. I’m not game enough to route a channel into the deck to run wires just yet

Run em neatly in the middle of the deck and run grip tape over? Bit of W concave

I never thought of that as an option. Definitely something I will consider once it comes time to wire it up

If silicone wire is too fat, you could use braided copper in heatshrink

I will be using 10AWG to run power to each unity. I don’t think 10AWG silicone wire is too thick but the copper braid is another avenue to look into as an alternative. Its quite a clever solution to keep everything looking as clean as possible.

Thats how I would do it next time. Routing the deck was a fucking ball ache. 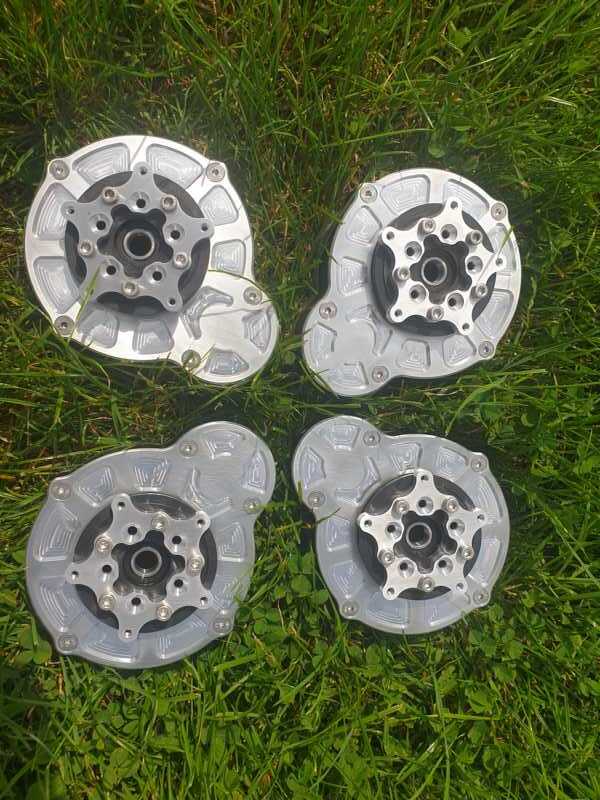 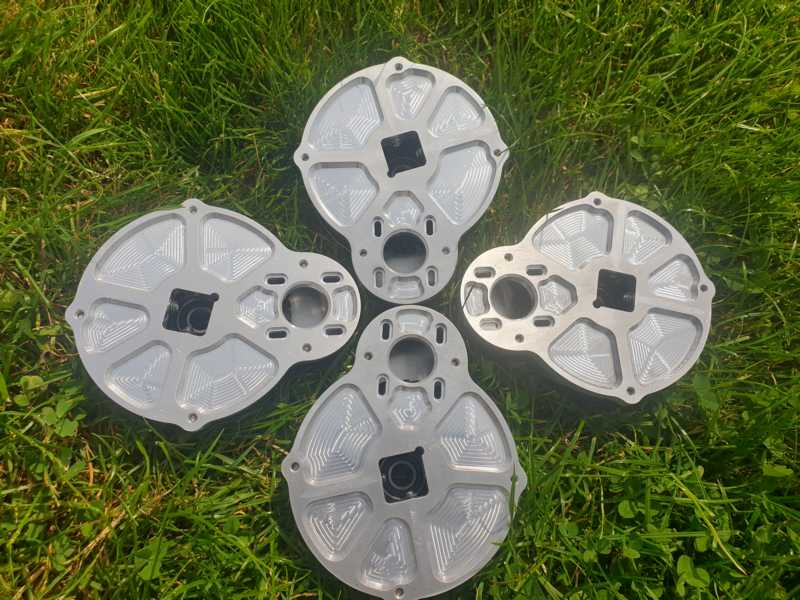 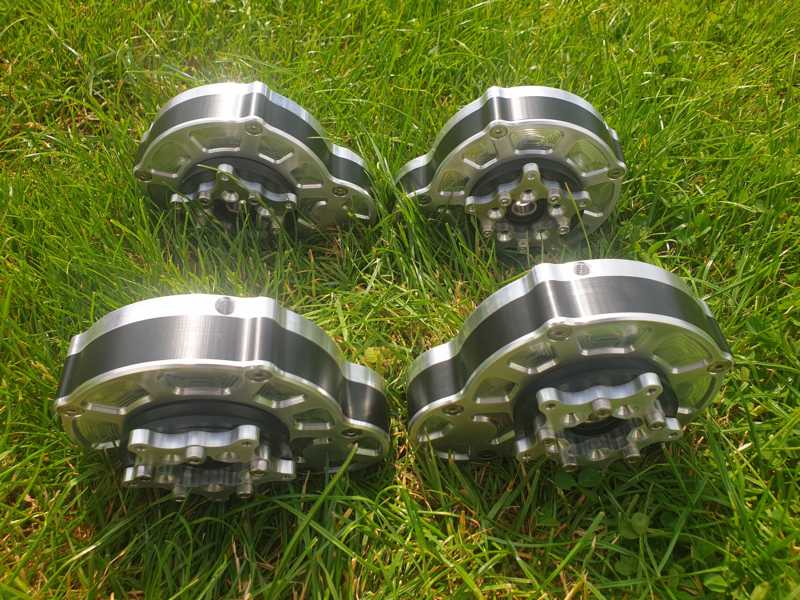 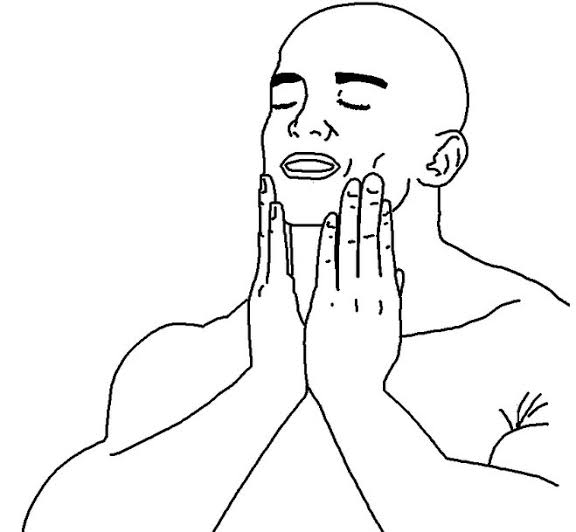 Progress has been slow but it is being made. A new battery enclosure box was purchased after I had take some meassurements of the internal dimensions and realised that the initial one that I had chosen was about 10mm too small in length and 15mm too small in width.
I jumped on ebay and found one that was bigger and one that I found looks better in my opinion. Dimensions of the new enclosure are 263mm x 185mm x 95mm

The E-toxx 5:1 helical gear drives are current stuck in customs in Sydney so hopefully I can get those delivered next week.

why not just replace the tiny bullets?

I would actually replace the huge bullets but if OP is capable of soldering any is better that an extra connection.

To be honest, I don’t know why I didnt just do that hahaha. Time to dig up some more 5.5mm bullet connectors. Thanks for the suggestions =)

After some back and forth with customs, I have finally had these delivered

Thanks again @NoWind. They will be put to good use =)

I’ve always wondered why his product photos don’t include the v-ring. 6 months ago when I was deciding between Trampa and Etoxx, I went with Trampa because I didn’t see a v-ring.

He doesnt have many side on photos but the unit come with a V-ring installed on the motor gear.

I am curious to see how the Etoxx units hold up compared to the Trampa units. I havent seen a Trampa gear drive here in Sydney before and I have only ever used Etoxx drives personally lol

Finally got around to installing the E-Toxx drives on the Trampa.
Had to shorten the TB motor shaft by about 5 mm to fit the housing (Not seen in photos)
Ended up following Lee Wrights install video that he posted up on youtube to make sure I had it setup correctly

Nice! Hope you kept that backlash minimal. Wanna come and redo all of mine? K thnx