I can’t design decks. That didn’t stop me from designing a deck. I don’t know if this thing will work but it looks so pretty.

… and that’s what counts. Right?

BTW, MBNEF is not what I want to call this.

Still thinking of a good name. 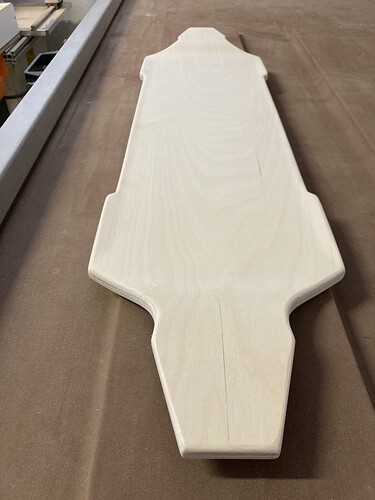 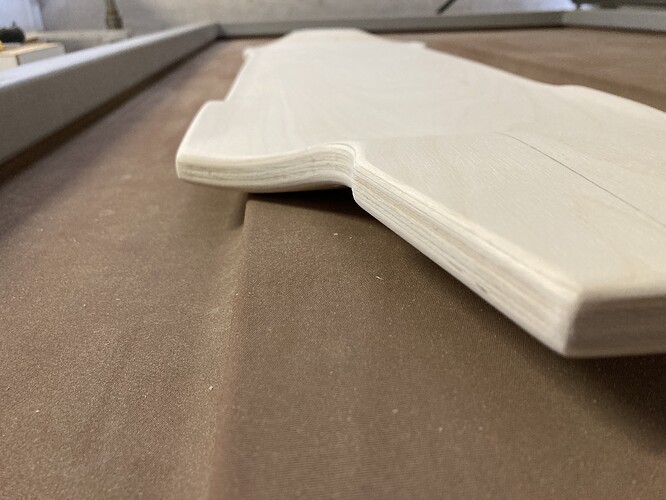 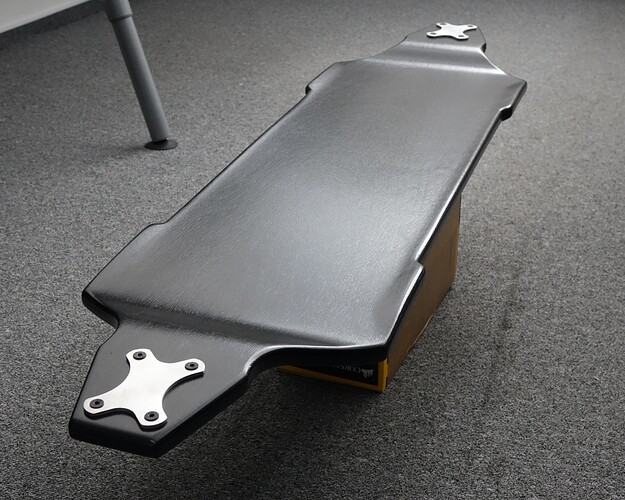 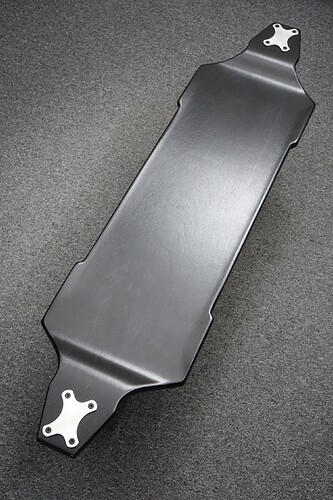 For a quick test I put on trucks and wheels and went pushing it around. For rear, I didn’t have any other truck available than one with my eLofty drive but I just used it anyway. I removed the wheel adapters from the motors so that the wheels could spin freely.

My design ideas were the following:

The deck is 11-ply baltic birch.

Made here in the Czech Republic and the guys certainly know their stuff. It’s very well made. The finish is stunning. The deck has clearly seen a lot of love.

Now, the main problem is that the deck is pretty expensive to make. I was told a completely different price initially, which convinced me on pulling the trigger. But now it looks as though with a small batch, the final price would have to be somewhere around 200 EUR (incl. VAT). And I’m not sure if anyone would be interested at that price tag. I’m actually prepared to call a mission abort on this, which would suck since I paid a lot for the mold, but I guess that’s the risk of running business.

Pictures and Nothing Else link for visibility:

I’d buy one if @BigBen makes a double stack enclosure for it that fits at least 12s6p or 12s8p p42a.
€200 is pushing it, ideally the deck + enclosure combo would be somewhere around €250. 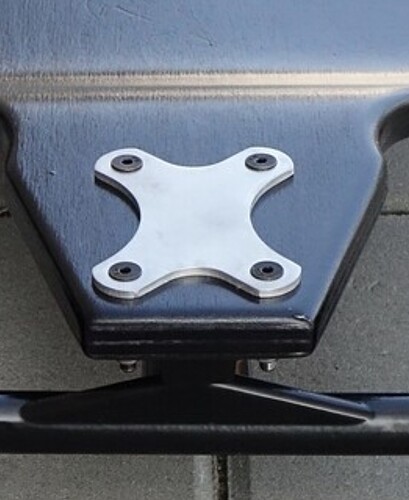 Beautiful deck otherwise! Reminds me of the Manta deck from that dude I don’t know the name anymore.

How’s the flex for a fat dude like me?

Hm, it indeed does look like that from this angle, though this may be just an optical illusion. I’ll measure it tomorrow. Thanks for noticing and bringing it up.

How’s the flex for a fat dude like me?

It’s 11ply so it’s fairly stiff but it’s nowhere near steel. If you step hard on the middle, you can definitely feel things move. I don’t really know how to quantify it but I can make a vid if that helps.

I think i can imagine what you mean.

I thought the same thing.

If Bigben makes a SS enclosure for it that can fit my 19cm wide 58cm long 12S5P P42A battery and a dual ESC, I would probably buy one if you can keep the price at 200€. No promises on when I can buy it though, as I am not sure I can find a place to work this summer to get the funds for it. Covid is starting to get really nasty here.

We don’t have large street decks in the EU. 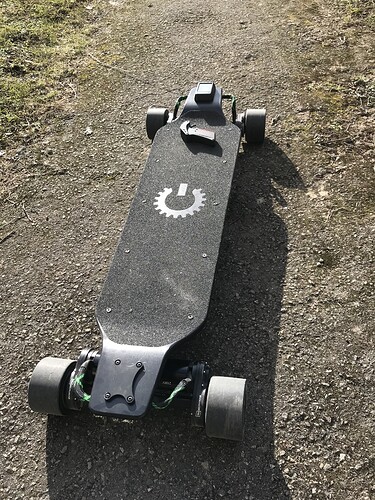 So I checked and you’re right. It’s a little bit off-center. I’ll see what the manufacturer has to say about it.

True. There’s indeed the Bioboards deck. I was aiming for slightly smaller (46" is a monster size) and for (significantly) cheaper. I will admit the “significantly” didn’t work out quite as intended. Apparently, big decks are not cheap to make, especially in small batches.

€200 is pushing it, ideally the deck + enclosure combo would be somewhere around €250. 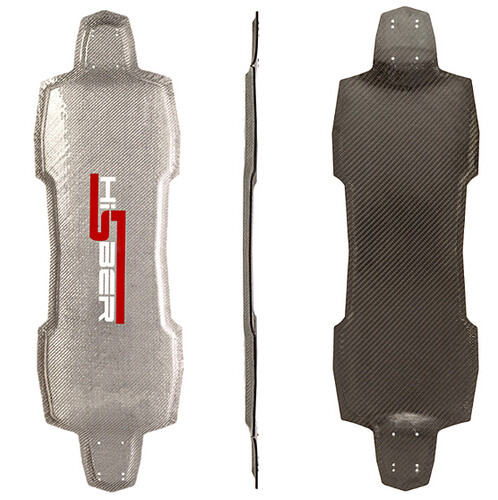 Working closely with Silverfish Longboarding on this one, the idea behind the Raptor was to create the ultimate micro downhiller/commuter. It's compact profile and microdrops enables agile maneuvers around sharp bends and for easy pushing. The Raptor...

So we got this clarified. I initially sent a model that didn’t have the holes and they used it for cutting the deck shape on the CNC. Then they had to drill the holes by hand and thus the inaccuracy.

They are going to send two more sample decks that will be done entirely on the CNC, including the holes.

Also, so far I’ve been communicating with an intermediary and that apparently brought noise into communication regarding both the deck specs and pricing. Now for the first time I got to talk directly to the manufacturer who seems like a really nice guy and showing a lot of willingness to remedy the situation. It looks as though we may be able to do something about the price as well. I’ll keep you guys posted.

how much is the drop down?

how much is the drop down?

Exactly. That’s why I wanted only a subtle drop down. Just enough to provide a foot stop. No more than that.

also you planing on getting an enclosure made for it?

@janpom
About the deck, i would add a very silm concave on the foot pads. I’m not sure what my haero bro deck does there but it feels super satisfying stepping on to it. It has like 1° bowls where the feet go and it’s just right

also you planing on getting an enclosure made for it?

I briefly talked to @BigBen about it and he agreed on making something happen.

Before we go there though, I’ll want to see if we can bring the price down a bit. At 200 EUR, I would basically be giving it a Red Ember price tag and there’s no way that could be justified.

I’m also going to electrify mine and see if I can get two other folks to do the same. Some testing should be done before going down with the first batch.

About the deck, i would add a very silm concave on the foot pads.

I’m afraid that can’t be done without changing the mold. I wish there was an easy way to test several different options.