I’ve been running a project development thread back on esk8.builders ( FlexiBMS Lite - New approach to get past Vaporware stage - ESK8 Electronics - Electric Skateboard Builders Forum | Learn How to Build your own E-board ) from the start of 2019 for my FlexiBMS Lite project, which was based on my earlier approach to BMS electronics from a year earlier.

I’m migrating to Esk8.news as I have heard through the “grapevine” some not so flattering things about what’s going on with esk8.builders moderation and administration. I will be posting major updates on both sites, but I’m gonna start spending more of my time here with more of the smaller random updates and discussions.

To give a short summary of the project so far:

I’ve been developing the hardware and firmware through this year and have been through a couple of hardware iterations and I’m now at 0.4 HW iteration, which I’m also labelling as RC1 (Release Candidate). I’m going to be building 10-15 boards of this iteration and shipping some of them to testers for both HW testing and FW/SW collaborative development. If you’re interested in more chronological development progress I suggest visiting the original project thread over at esk8.builders linked above. 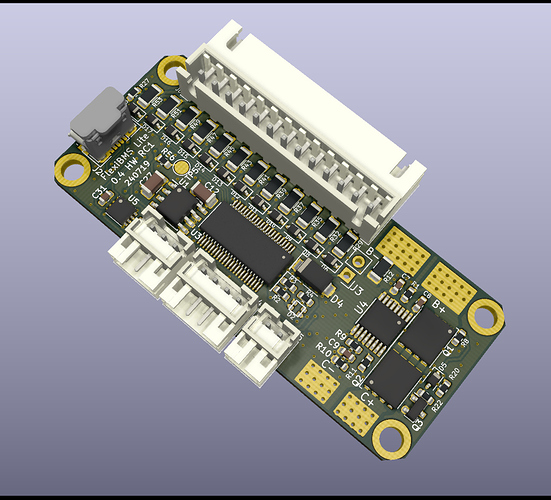 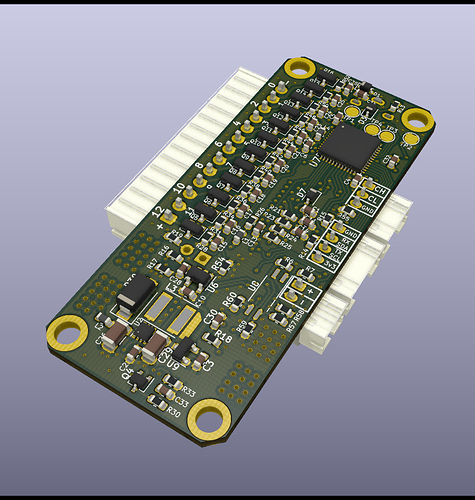 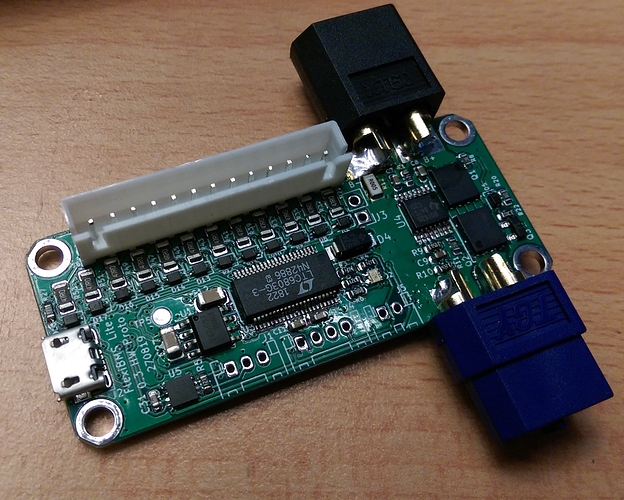 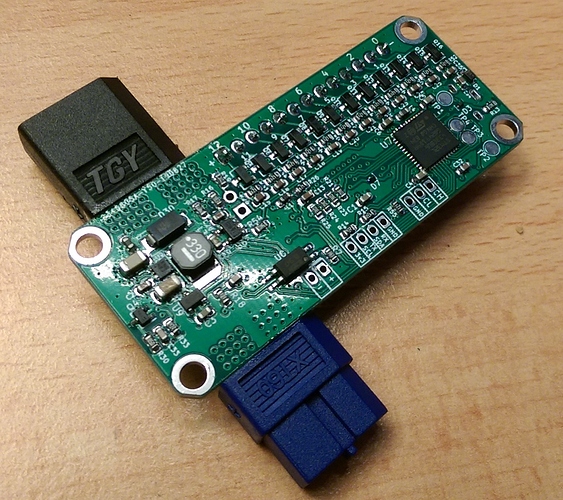 I’ll be posting an update on the project soon along with the tester application form link. I’m currently composing a message on the old thread about moving over here.

the same about the only reason going to the old forum

I have a few questions about the beta tester as I’m really on the fence about participating, do you have any cost estimate? And the BMS will be received with a least basically functionality right? I ask that because of the my experience participating on the beta of the BattMan a few years ago

I know this way more developed than BattMan was

the BMS will be received with a least basically functionality right?

I’ve been charging my board’s 10S6P pack through the 0.2 and 0.3 HW iterations for multiple weeks (testing and verifying) and have developed the FW to a stage that the BMS can be easily configured through the USB connection via serial terminal and is able to handle charging based on those configuration values.

There is still a lot to do with the firmware, but at least it’s not a paper weight. Flashing new firmware through the USB connection is gonna be high up on the priority list alongside a simple bootloader to flash the new firmware, so that you don’t need to hook up via a SWD programmer directly to the MCU for FW updating, but I’m shipping a programming jig for the testers with the BMS itself that connects directly to the test pads on the underside of the board.

This is why I’m also trying to get some FW/SW developers aboard to help with the code development (I’m a HW guy, but I’ll write functional but ugly code) 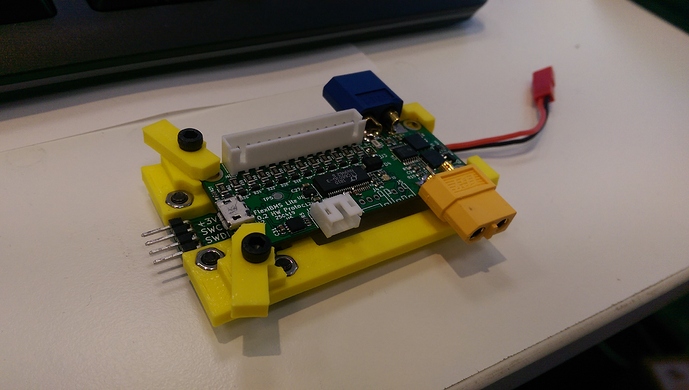 do you have any cost estimate?

Probably around 60 € + shipping for the “tester” kit (helps me recoup majority of component costs). I’ll be taking & refunding returns in case anything terrible turns up in the HW design or SW development stagnates for a long period. I really don’t want to leave a sour taste for anyone (If I can help it). I’ll be able to use the BMS’ in my own projects.

I welcome everyone interested in the BMS applying for tester boards, but I am prioritizing people with expertise in HW/SW/FW and OEM production to help with feedback and development.

0.4/RC1 HW boards have been ordered

Order for 20 PCBs of 0.4 HW have been submitted to JLCPCB. I’m ordering components for 12-16 boards in the nearby days. I’ll be hand assembling and testing all the boards sent to testers.

I’ll try to get the Github page set up for FW this weekend, making short tutorial how to setup the STM32cubeIDE-environment and will be notifying about it going up on this thread.

If we have some say in it one thing I would value a lot is Metr integration over CAN as soon as possible, that way we can keep an eye on cell voltages all the time to see if it’s really doing what it should

Of course it will be the easiest if FlexiBMS CAN packet structure is the same as DieBieMS, but we can discuss changes and improvements if any!

Whats the max battery amps it can handle?

Whats the max battery amps it can handle?

Of course it will be the easiest if FlexiBMS CAN packet structure is the same as DieBieMS, but we can discuss changes and improvements if any!

That’s most likely what we’ll do in the beginning. Implementing identical CAN-bus communication as in DieBie for easiest integration with existing projects.

If you’re interested, I can work on a draft of features that may be interesting to develop for such VESC-BMS wedding.

Hi Simo. Great to see you here and thanks for sharing your project. I bumped your account to match your status on Builder’s.

Great to see you here and thanks for sharing your project. I bumped your account to match your status on Builder’s.

Unfortunately, the Lite-version is charge-only

I would scratch the “unfortunately”. For those who want a great charge-discharge BMS, there’s already the DieBieMS. A small charge-only smart BMS is what we’re missing. As much as I like DieBieMS, I would be more than happy to sacrifice the discharge path control for a smaller footprint.

100% this! And the fact that some ppl don’t want something possibly failing while riding

Last components ordered for the tester board batch from digi-key. Of course as usual, about two minutes after submitting the order I remembered that I should have ordered some crimps for the PH, XA and PA connectors… Well, just have to see if I forgot anything else once I start assembling the boards and order them later with those.

and the boards are also almost done, with luck they’ll be able to send on Monday, because they have 3 day holiday starting on 1st of October to 3rd. 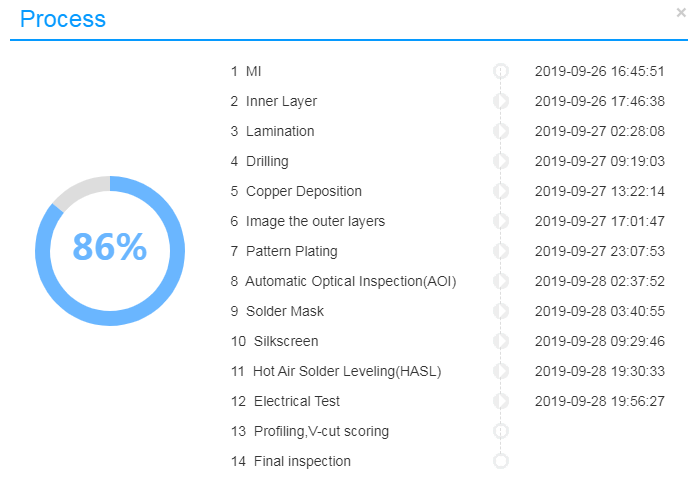 EDIT: Actually I have to make another order on digi-key anyway as I have to order the parts for the first prototype 0.1 FlexiBMS HV

I’m actually waiting on China for PCBs due to that holiday you mentioned. Good luck on your project! Any thoughts on a version for up to 20s? I’m working on a line of controllers that can go that high. Might be cool to showcase our stuff working together if 20s is possible.

Are you keeping the project files and/or schematics to yourself? just curious. 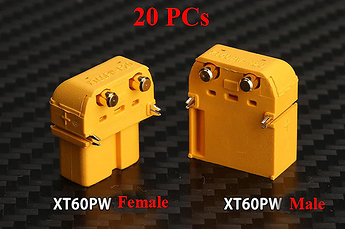 Exacly, I build batteries all day and like one in 15 customers want a discharge type bms after explaining the difference to them

Any thoughts on a version for up to 20s? I’m working on a line of controllers that can go that high. Might be cool to showcase our stuff working together if 20s is possible.

AFAIK there is no single battery stack monitor IC that supports upto 20S setups. Biggest I know is 18S, so that means that you would have to use 2 stack monitors chained, for example 2 LTC6803s for 6-24S pack configuration, which in itself isn’t a problem, but does present more complicated wiring setup.

Personally I would stay with a single IC / single board solution, or go for distributed topology like I’m prototyping with the HV-version (high voltage).

Are you keeping the project files and/or schematics to yourself? just curious.

Firmware will be open source, github page is already up in fact and have shared it with a select people from the tester enrollees, but I’m still doing base documentation and organizing in it, so I haven’t publicly shared the link for it yet.

For now I’m keeping the HW files closed to the public, but will be sharing them with the selected testers for development reasons. I’m not opposed to the idea of sharing them in the future for personal builds, but I’m more worried about them making their way into China, especially after hearing some ESC designers’ license agreements not being followed by chinese manufacturers. ofc there is the argument that if your quality is better than everybody elses and they are just producing sub-par products, then yours will stand on top, but they might be saturating the niche market for that product… There is a lot of back-'n-forth conversation that can be had about this. For now I’m keeping my cards close to myself and letting the testers have a peek at them. 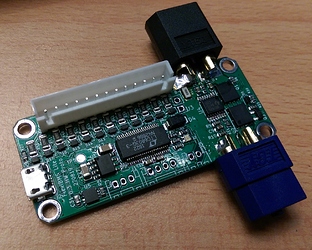 Jokes aside, for the Lite-version they need too much board space and you can quite easily solder normal ones straight to the solder pads, while still allowing other connectors or wires to be directly connected.

or go for distributed topology like I’m prototyping with the HV-version (high voltage).

Yes I’m aware that you would have to stack BMS ICs to achieve >15s in most cases. TI has “stackable” ICs that would accomplish this. Any threads or info on this “High” voltage version? How high is “high”?

Firmware will be open source

I’m doing the same but I’m probably releasing the schematics like Mr. Vedder did for the VESC 6. What about you’re schematics? I understand if you want to keep those closed too.

for the Lite-version they need too much board space

Ah I see what you’re saying…