I present to you, THE CIRCUIT BOARD

I stupidly started this build while finishing my first build waaaay back in January.

I saw a bunch of @sender’s early work and new I needed a custom piece. I finally decided on this fabric and the journey began. 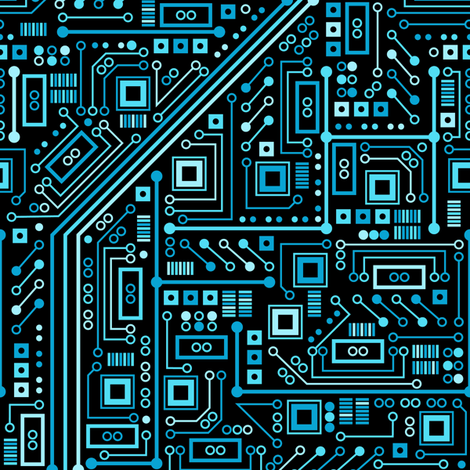 Tim does some damn fine work, I highly recommend him for any custom pieces. 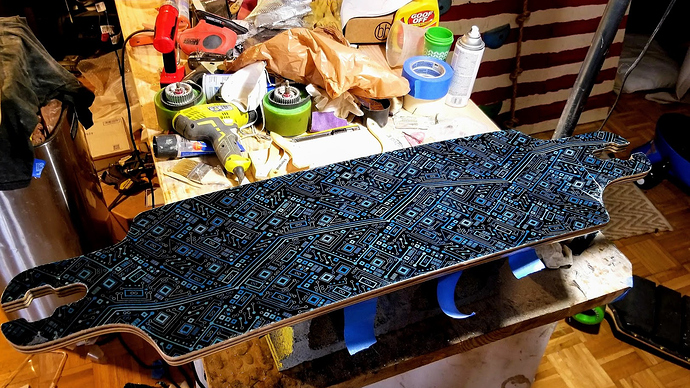 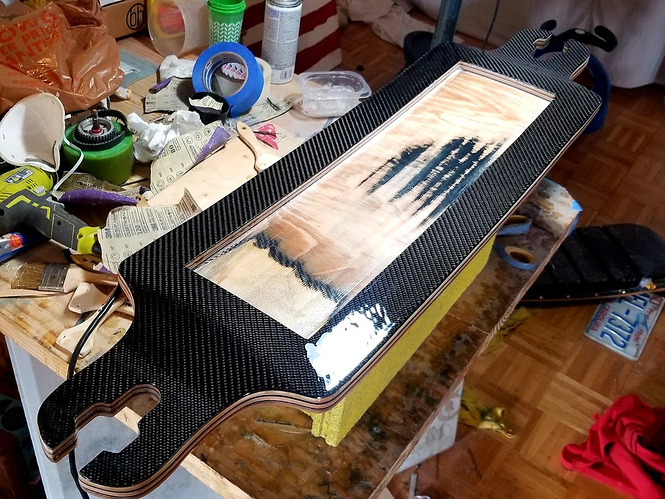 Timo launches the Bergs and I know I need those blue beauties. 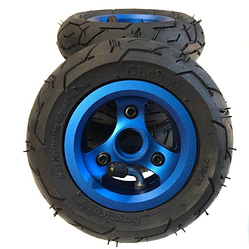 The battery I ordered arrived a bit wider than expected and didn’t fit the Hummie cutout. 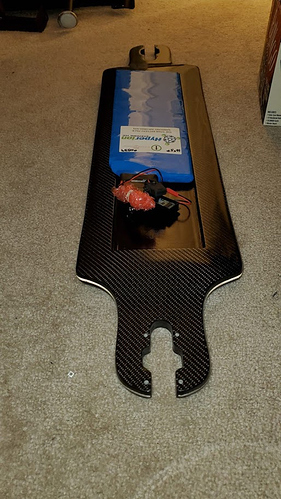 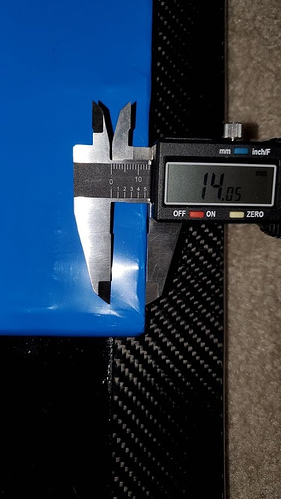 Battery builder was super fast and kind about the mixup and fixed it free of charge.

image1919×519 215 KB
I bought the right enclosure to match the deck from @bigben and it fit too well. Like demonically well. 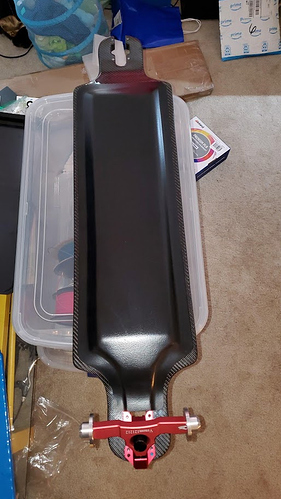 Originally I bought the @LR-designs surfrodz clamps because I needed to try out this surfrodz hype asap. I was fully planning on going belt drive at this point. 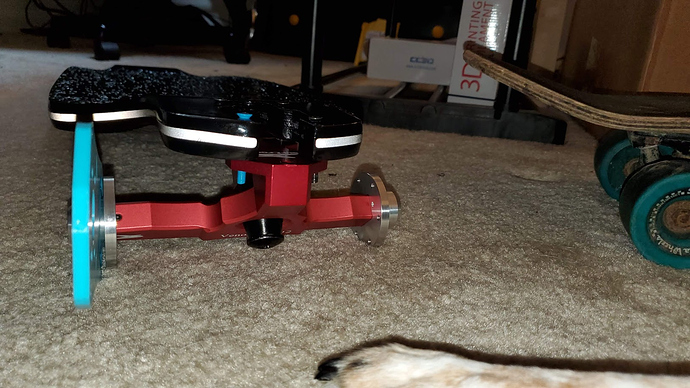 Then @moon bug invites me to test out his new AT Gear drive. I can’t believe how lucky I am to have a chance to ride a gear drive while looking at how I can’t afford all the other gear drives on the market. 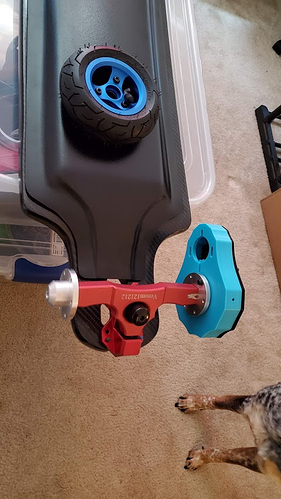 Test fitting begins and I can already tell this is a great piece of work.

Real versions arrive in April and they are perfect. 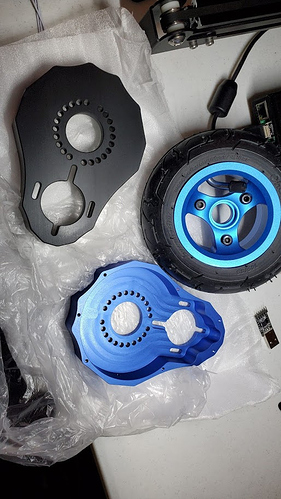 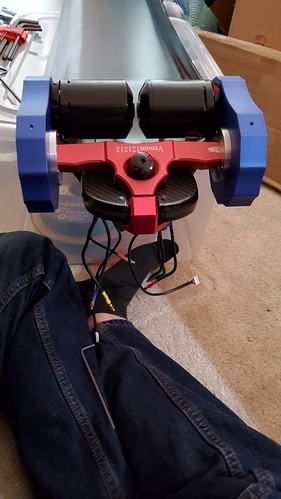 I see @mikenyc making adjustable baseplates while surfrodz has been out of stock for ages so I place my order for these bad boys. 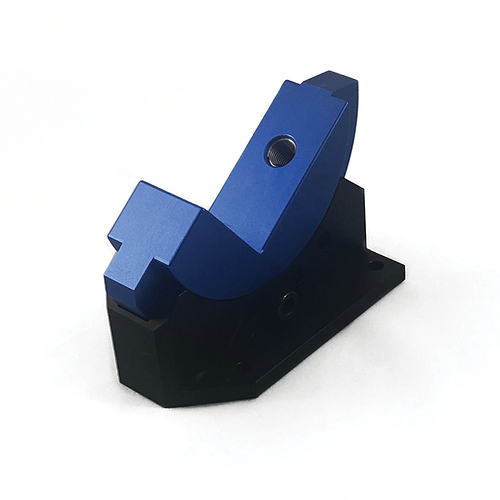 A bad wreck, Colorado, and vacation puts some delay on things… Oh yeah and enertion being enertion. 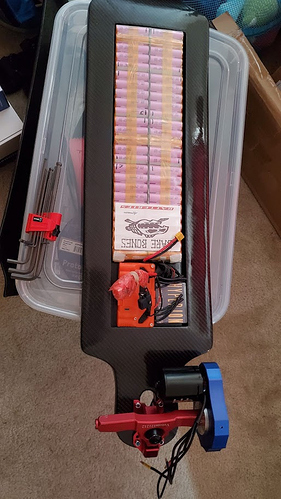 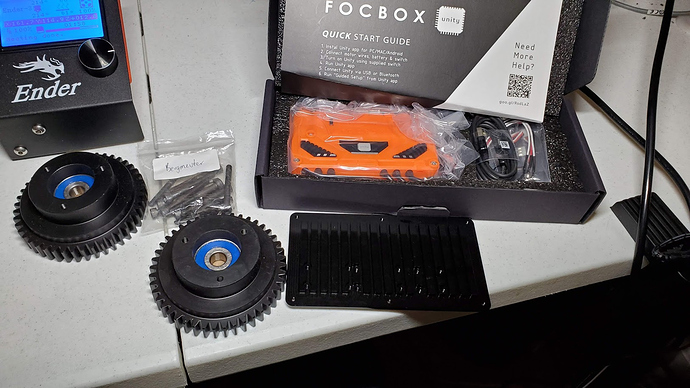 All set up and meshing smoothly 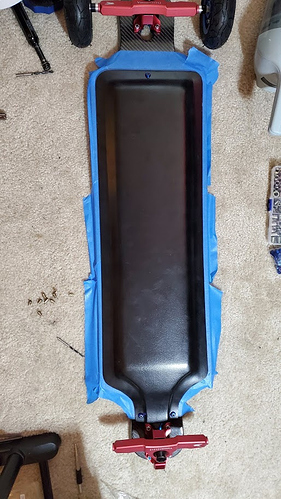 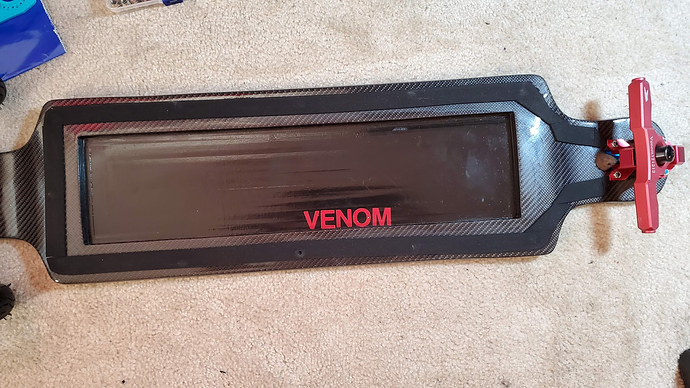 Want the wiring to be as tidy as possible so I 3D print a piece for the hummie cutout to house the charge port, switch, and an xlite 100 tail light. 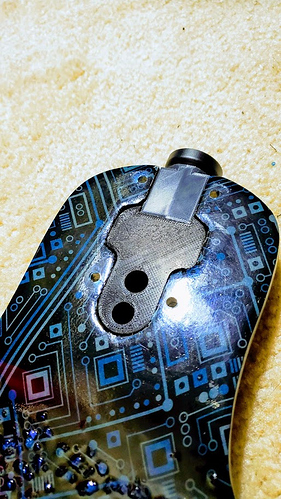 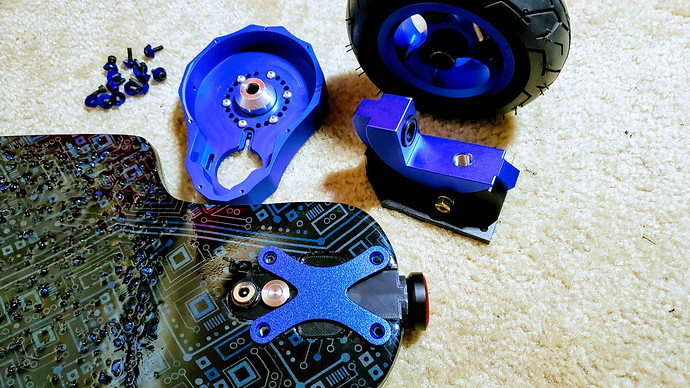 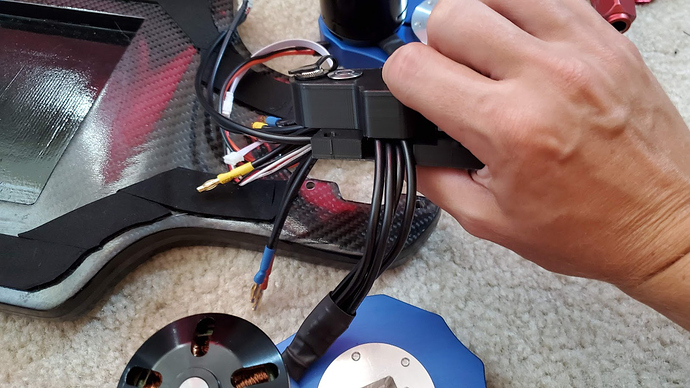 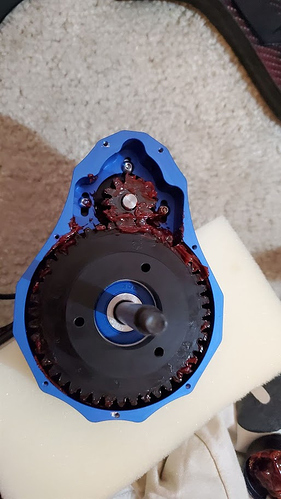 Maiden Voyage: August 23rd. But it was late and too dark so here’s the photos from the next day. Also just pretend the red surfrodz are black please, they got upgraded later. 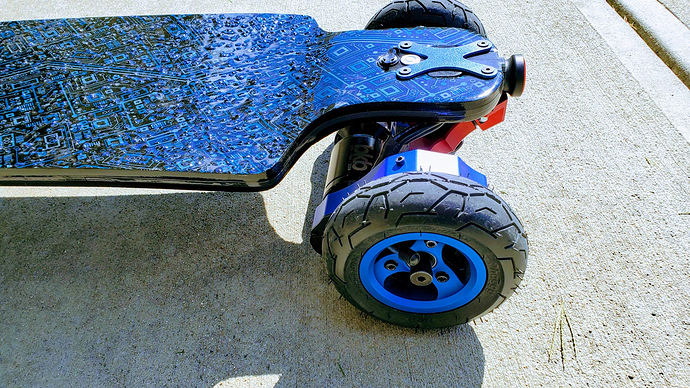 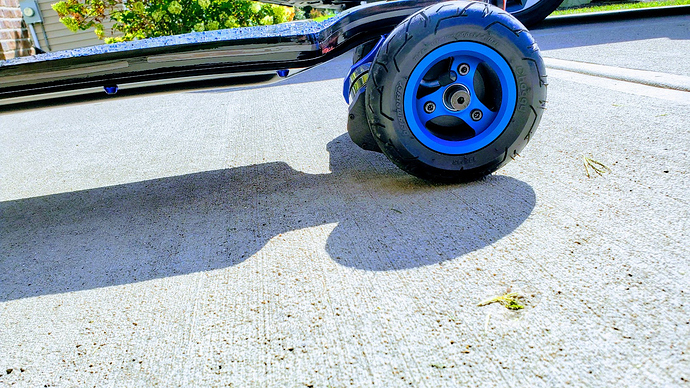 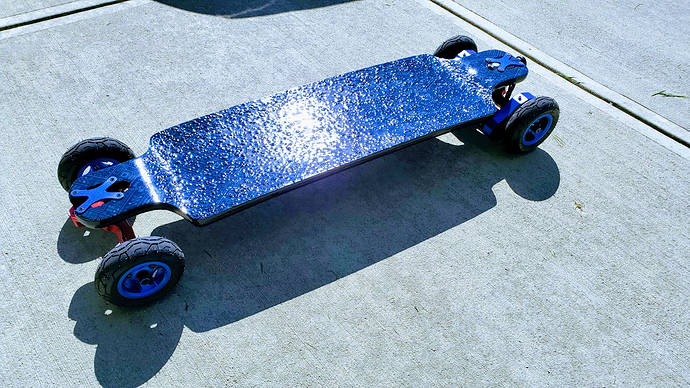 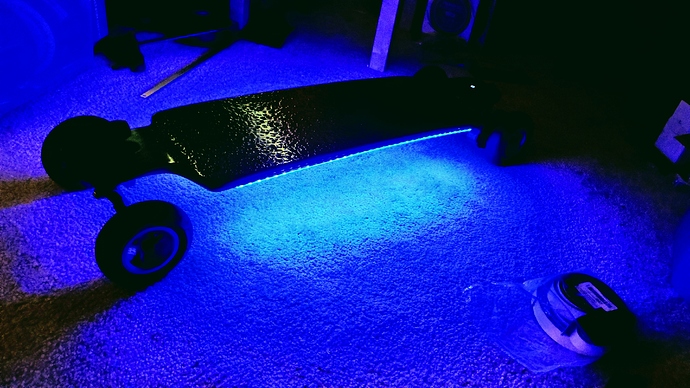 This thing sounds like an electric lion. I urge everyone to jump on this gear drive asap. Talented guy making a phenomenal product at a very reasonable price.

And I have to say I dont entirely dislike the red hanger actually.
How does she perform offroad?

Surprisingly well. Especially for someone who is coming off of a full eMTB build with 8" offroad tires. I thought I would just explode the second I touched grass.

It handles grass just fine and even went up some nice rough terrain. I only gave up pushing the offroading because it was too muddy to mess up a new board. 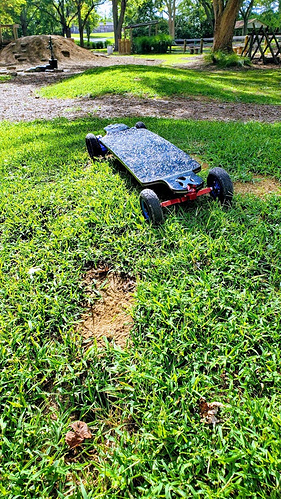 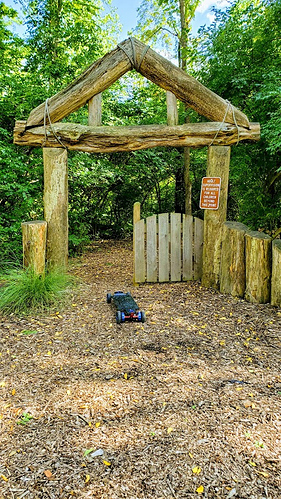 Mostly I am impressed with how close to a urethane feel without being foot numbing it feels. My roads can get rough on the bike paths and park roads and I had zero problems.

Great build Justin. Did you also upgrade your safety gear?

I sure did! Protective vest, gloves on both hands, and elbow pads. Still not rocking knee pads though

Asking for more legit/better fitting stuff for Christmas. Impact shorts and gform pro-x elbow pads are at the top of my list.

Impressive hummie, but what’s the deal with motor clearance? Is this the only angle that works for you?

Don’t get g-form for elbow. They will not slide at speed that we’re going.
And for knees you must have heard Jebus saying TSG DHP.

what’s the deal with motor clearance?

I don’t understand the question.

I could angle it forward and higher but then the deck would hit the case at full lean. I could rear mount the motors and have many more angles to play with. The case, motor side, has more clearance than the wheel pulley part of the case and that has yet to hit anything.

motors facing the top of the deck at 12 o’clock

I honestly attempted this because I thought it would look interesting

Deck got in the way.

Great build and great write up! Can’t wait to try this rig at some point!

Thank you for that option

Well done! Using the deck cutout as an advantage of having all your buttons and charge port is a nice touch.

I love the 3D printed part! It makes it look so clean.
Would you be willing to put 3D printed piece for the wiring, charge port, and switch on thingiverse?

Yeah for sure @Buttstallion. Here’s both pieces. Seriously do note that the first file (hummie deck riser v2) NEEDS to be scaled down 3.94%. It will be very apparent when you import the stl. Stupid mm to inches conversion factor error.

Remix of Mudders Riser for the Xlite100 and Hummie Deck I only rounded the nose of the design a bit to fit the Hummie deck better and added a shallow cutout to help with cable management. All real credit goes to Mudders. You rock for designing...

This is a cable management piece for the Hummie deck. These holes fit the unity power switch and standard 5.5×2.1 mm waterproof charge port. This is meant to combine with the Hummie deck riser V2 (https://www.thingiverse.com/thing:3777916). The...

Very nice my man. This came together really nice congrats

Thank you, I can’t wait to see your haya built out