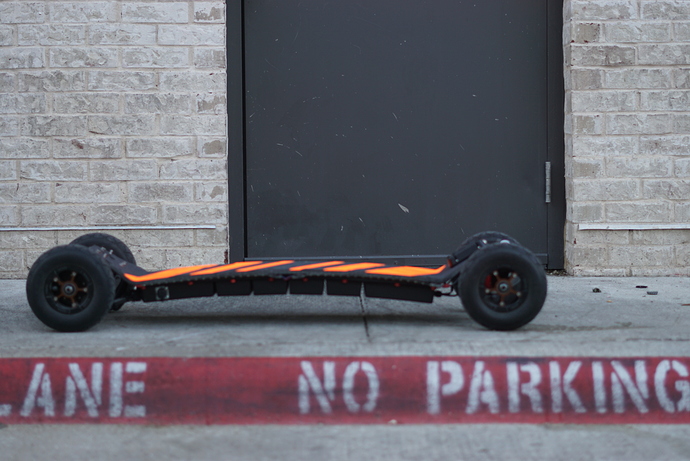 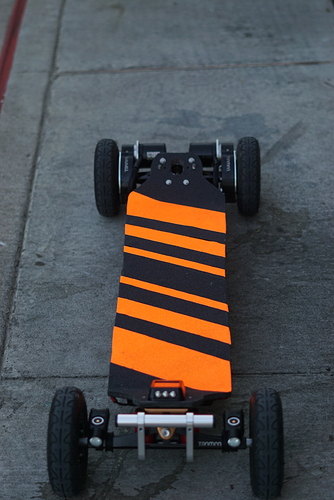 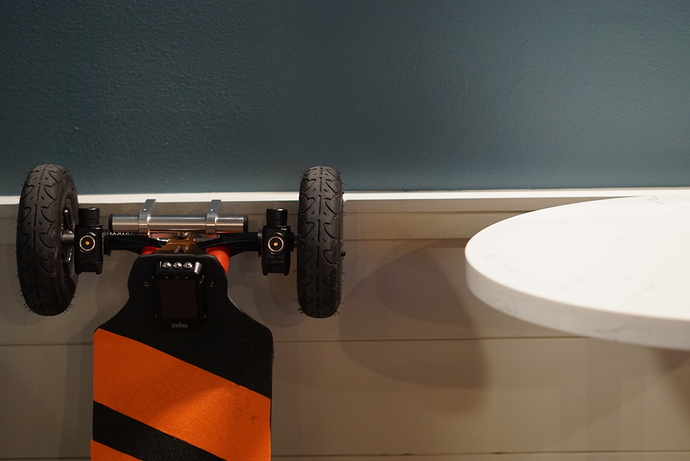 (I saw some of you doing your build posts like this, I thought it was hot. So I stole the idea. Thank you.

Get on the vesc app and reset everything up, also set up this sexy ass orange stained wooded puck. Loooooooove this thing, evey single build I do from now on will have it I think. 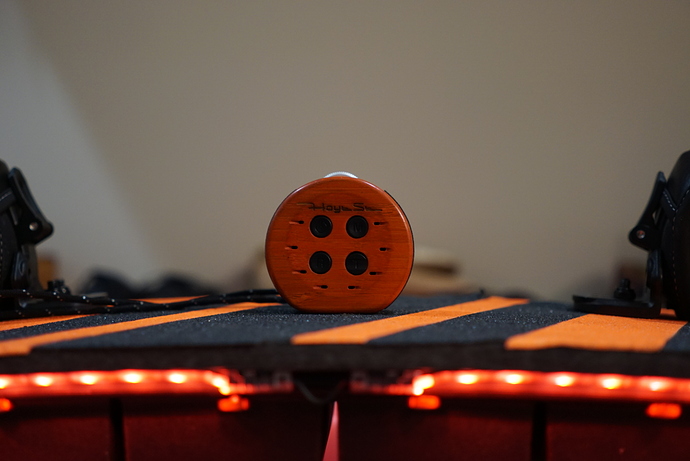 Hey bud,
Your last deck is awesome, looking forward to the next one!

Edit 8.21.20 - Welp. Didn’t mean to post this yet but I saved edit on accident lmfao. I’ll finish the post soon.
(I’ll edit this post with what was edited later.)

Riding this without straps is definitely something else. I may leave it like that and add some concave to it. I do like the idea of not having to worry about a little bump to throw me off though. Getting some straps from @MBS just in case I change my mind.

Awesome build, that thing is loaded! I like that orange design. I’m taking some inspiration for my next build

Ay thanks. It was both fun and also a nightmare to make work. I had to crap so many ideas and/or change how some things worked or made some critical (non-damaging) mistakes that added hours of extra work lmfao.

Can you please show a close-up/detail picture how you connected the iLogger to the unity esc?

I’m using the can method since I am currently using the uart port for my davega.
So: gps module>cable>ilogger>can cable>can port on unity. 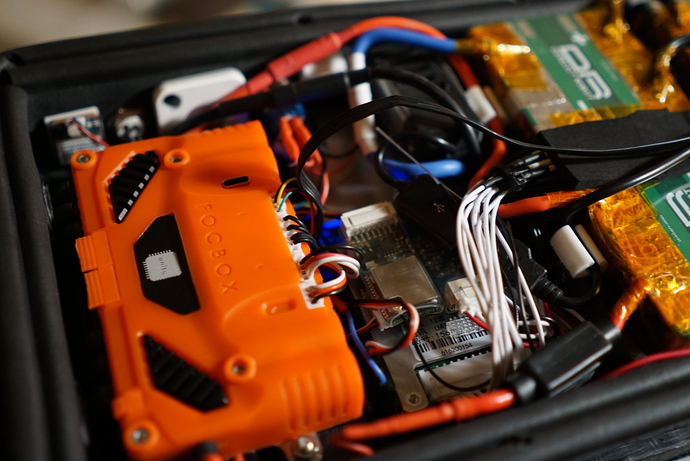 And thus the battery is complete. I’m am proud of this thing.

I have to open the enclosure when I get home, let me know if the wording and the quoted photo don’t help.

Edit: if it is too much hassle you do not need to open the enclosure for me (i hope i don’t have to open mine any time soon; was crazy to cramp all the stuff in there and get a tight/hopefully waterproof fit).

You need the gps module to correctly plot stuff, the ilogger is just the logging device. It’s just in front of unity and before the usb plug. The small pcb just right there. 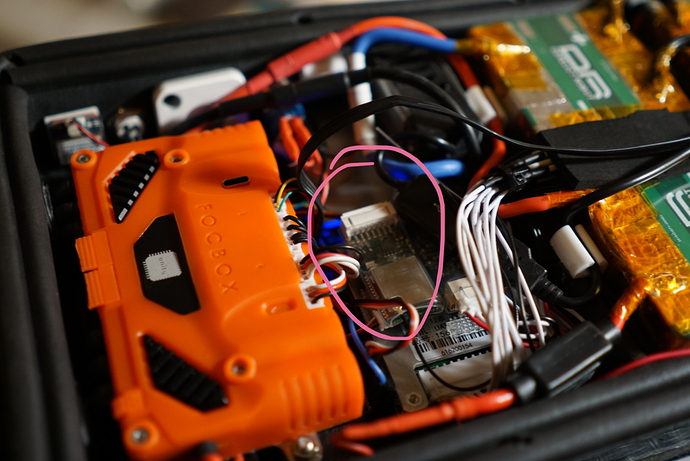 May be I missed it: so which gps module did you use?

I personally got this https://www.amazon.com/Beitian-Glonass-Passive-Raspberry-Aircraft/dp/B07W8GNPK2/ref=sr_1_2?dchild=1&keywords=Nextion%2Bgps&qid=1588463643&sr=8-2 but you can also use a few others. Best is to look at one that fit your profile and ask @WavRX to check if its compatible,

Also don’t judge me on my painted Kendas. I think they look hot.

Hey I have a question, why use iLogger and Metr Pro? aren’t they same difference? (Serious question)

It finally happened. My first 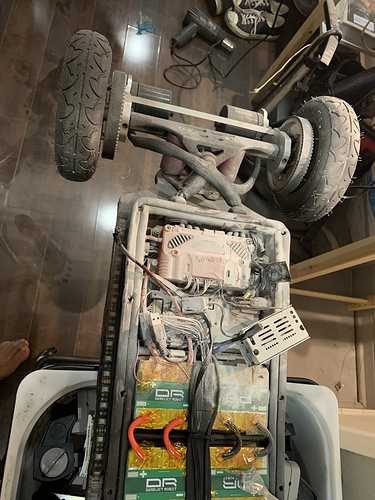 Dude what happened? You ok?

woah, what happened? you gud?