List of available ESC and data points. The table is too large to fit on screen w/o scrolling but is still helpful. a link to the google sheet is provided for easier viewing and filtering.

Vote for your favorite ESC

I have a Freefly Arc200. The table is a bit wrong, the Arc200 is capable of 150A continuous with heatsink or up to 200A with watercooling.

Thanks! i pulled the data from their confluence page but only focused on the product as shipped and failed to provide the complete information you noted above. updated table and sheet

Unity uses 3.5mm bullets. Thank you for making this!

There is /was the Ollin VESC that was considered one of the most reliable vescs.

The Axle VESC that was also considered ok a few years back.

The Taiwanese company Vanda made a few vesc models. Don’t know how they performed though.

Faraday Motion VESC. Danish company, but they don’t seem to be in business anymore.

Google Sheet is now publicly editable, sorry for the oversight with leaving it read only. i found the best method was to update the gsheet and copy/pasta into the wiki as the table formatting is a challenge.

@Venom121212 - thanks, updated
@Sebi - Rad! didnt know those existed, i will add to the sheet & table. i see the 1.2 from esk8.de do you have a link to the Vanda and Faraday Motion ESCs? It would be nice if we could link to the source material
[edit] found some of the details for Vanda, Faraday Motion, Axle, and Ollin and updated. 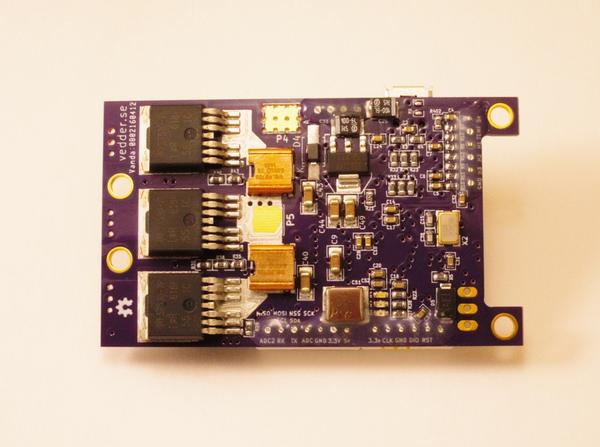 Vanda Electronics Speed Controller Motor Controller - Hardware Version 4.12 | Software Version 2.6 or later. . The hardware and software is open source. Since there are plenty of CPU-resources left, the customization possibilities are almost...

The are two more listed on their site. One with a water proof casing and one “pro version” that’s sold out. As I recall there were “high hopes” for these, but they turned out not to perform that well. Don’t take my word for it though.

The Faraday Motion site is down so I can’t find any specs, but the vesc is mentioned several times on the other forum. @L3chef used them and I believe he liked how they performed.
I found this listing on the other forum with several other escs.

In preparation for my first build, I made a worldwide list of VESC vendors. But remember, not all VESCs are created equal: You may get a significantly better quality VESC and/or better service & support by spending a little bit more....

The odrive is an alternative open source speed controller I’ve eyeballed as well but not tried, know it is still somewhat early development so not sure it would be super safe to use in esk8 but maybe worth considering:

Escape by stewii
No doubt

Is that different than the “ESCape” listed in the table? Can you provide a link to the data sheets and update the workbook?

It is the ESCape 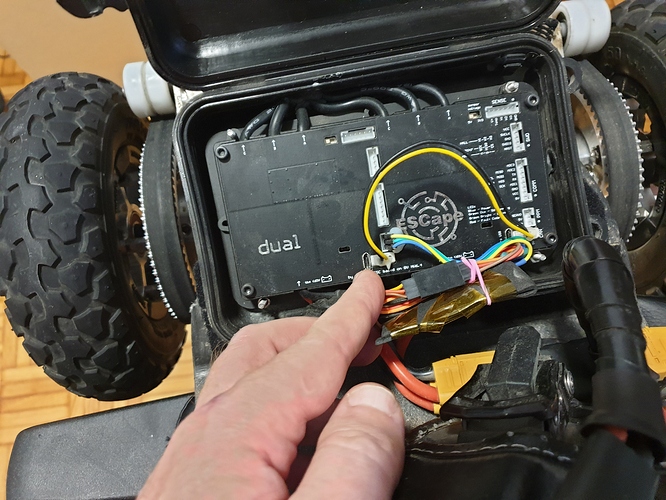 cool, i’ll link to your picture in the workbook. do you happen to have a data sheet for the device? i could only find info by scaling the old forum 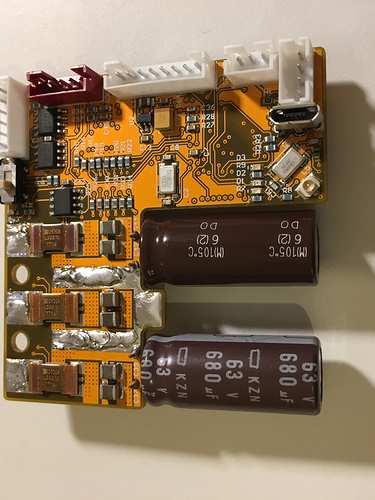 Hi all. To stop hijacking the VESC6 thread I am opening this one to talk about the ESC I have made based on the BV VESC6.4 schematics. The only change I have made was on the motion tracking chip. A few people already purchased it and almost...

Thanks the dropbox links appear to be dead now. if you are able to find the data sheet do you mind updating the google sheet with the data?

Don’t have it. Maybe another member does

I have a Freefly Arc200. The table is a bit wrong, the Arc200 is capable of 150A continuous with heatsink or up to 200A with watercooling.

its also the only one with a true sinewave operation. And its completely unavailable.

That’s the issue. I have one and can’t get a second one.

Yeah, they don’t make it selling them anymore. It makes be sad.