Unless you have the money to go out and buy every wheel on the market for testing, it’s hard to make a decision as to which wheel is the best to choose for your particular build. To make better purchasing decisions, I’d like to have this thread be a compilation of people who have tried more than one set of wheels to give their opinion as to how they compare. It would be also nice to see how the Abec core wheels compare with the Kegel, so that new builders can decide which ecosystem to invest in. (Even I have no idea how a 90mm Abec11 flywheel compares to a 90mm Popoca, or how the new Evolve 100mm wheels compare)

In your comparisons, don’t forget to mention things like chunking, discoloration, weight, or anything else you think people might find important to know. I’ll start off with an example.

My kegels started chunking in just a few weeks of use, probably due to the sharp side edges.

I’ve tested my orange Caguamas for the longest, and I’m surprised they’ve held up so well despite riding them on horrible UK roads. A bit hard, but not a bad wheel.

If you’re into color, go for the Popocas because they don’t turn into that nasty piss green color the Caguamas do, but in terms of ride quality, the light blue Caguamas are the best urethane wheels I’ve ever tried.

(Another thing I thought I’d mention: The Popocas have the kegel core flipped, so I had to put electrical tape over the poles of my press-fit pulley for a secure fit. Kinda beats the purpose of having a press-fit pulley that’s easy to attach)

Sept. 22nd update:
Tried Evolve’s new wheels on my friend’s Haya: they feel a bit nicer than my caguamas, but they’re also quite large and definitely more expensive. If price and weight doesn’t matter to you, then they’re the best, but given how similar the Caguamas feel, I think those are still no. 1 in my book.

The ReFlys are definitely my favorite, they are decently soft that I can ride cobble and bricks without my ankles getting sore, and they are glorious on tarmac

The ATs are significantly harder so all the textures come through, but they are a little nicer on sidewalks at lower speeds because of the extra radius and handle better on wet ground. On smooth ground they have a decent amount of buzzing from the texture but it goes away on textured ground

The clones are basically ass, they have totally chunked and lost their surface, also hard as a rock…I fear the brick paths because they shake the board appart, they have jiggled the sensor JSTs out of their sockets

I ride 97mm superfly on one build and six shooters on another. Lately ive been kinda upset with my six shooters, they are really wobbly and scare me over 30mph.

Moes Race wheels,
This should be at the top but I don’t own them

Holy fuck I wish I could get a set. My buddy Jonifin has a set on his board and they are absolutely awesome. They’re so fucking smooth. They’re the perfect wheel, somewhere between an AT and thane. Since they’re practically racing slicks you can carve as hard you want and you aren’t sliding them. He has been riding them for a few months and they held up really well so far.

I have limited wheel experience but I’ll share what I think about the few I’ve tried.

ABEC 11 97mm flywheels 75a
Soft as shit. What a difference swapping to these from the 81a clones stated above. While it’s not quite the smoothest ride on battered roads, it’s good enough where you don’t feel like you’re vibrating every bone in your body and can still give it some gas without losing control. Grippy.

Blue Caguamas (only tried on front truck)
Smoother on rough roads than my abec 11’s and the smaller size isn’t a noticeable drawback because of the wider contact patch. Still treat me fine at speed, like i said the 12mm smaller diameter isn’t really an issue. Go over train tracks @90 degrees just fine with a bit of wheelie. Send rocks flying and not the hard stop you’d expect with small wheels.

best to worst in my experience:

Discolsue: Everything but the Boas has chunked on me. The TBs haven’t chunked yet and it they last as long as I’ve had the boas now they’ll be better then Abecs… I have chunked Abecs.

Wow, the Boas are better than the Abec wheels? Interesting!

What happened to the BOAs? I can’t find them except for aftermarket stupid prices. Just going to stick with the TB 110s for now but they are hella huge compared to the 80mm orangutang wheels I’m used to on my analog board. Still super nice though.

@DJ4se they should be out again… I think they are in production or almost out of production. (Boas)

Would love to hear @sofu and @Winfly share their wheel rankings, because those 2 have tried out so many boards and wheels!

What happened to the BOAs? I can’t find them except for aftermarket stupid prices.

they sold out because they’re so fucking sweet everybody wanted them. Now Boa is ramping up again with Labeda but its going to be a minute.

We all just bought them all. Everywhere i look i see a set on somebody’ board. There’s 4 sets in my garage alone.

Personally I like the castor wheels you can get from any hardware store. Because you don’t know which way they will turn, it’s like a new adventure every time you get on the board ! 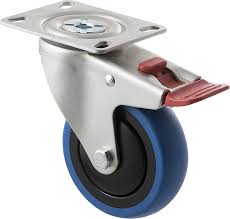 yeah so true. can’t talk about the streets in sf but shitting chinese flywheel clones are such a mess and really dirty all day long.