Hey guys, can anyone recommend me a button thats works for the VESC 6 thats actually watertight? Bonus points for LEDs.

How to make a XT90 Loop key How-Tos & Esk8 mechanics

Hey guys, i have not seen a dedicated thread for a loop key tutorial so since i was making a couple yesterday, i decided to snap pics of how i did mine. What are loop keys? Loop keys are a budget friendly option for an on/off switch for your board. It’s also a physical disconnection of your circuit and is proven to be the most reliable switch alongside the AS150 connector. Some antispark switches may eventually burn out or have other issues like a small current draw which eventually drains yo…

But loop keys aren’t watertight, are they? Thats why I’m going for a switch.

this one can be either mom or latching, bunch of colour to choose from and also waterproof

u using it for trampa vesc? 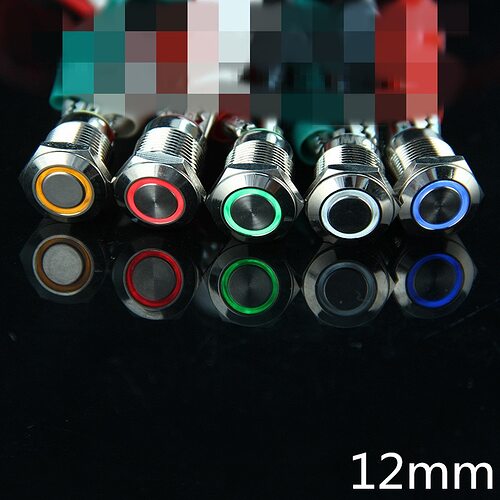 My favourite store is WANDU
all their switches are absolutely fantastic
here are 12mm ones, search the store for other sizes if you need 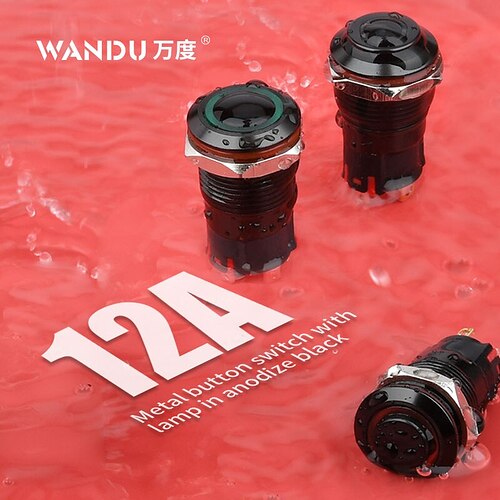 Yeah for the OG Trampa VESC, and in believe they are using latching switches. Thanks

i just looked at how to wire a switch to a trampa vesc, damn, it uses like 3 ports for a dual drive

Yeah, two for the master and one to the slave, had some moments figuring out how to do that. Especially because you need to tap into the power for the UART, so that was a lot of crimping. Now i need to do all that again because I realised that the Trampa switch isn’t watertight.

Yeah idk why they dont offer a watertight one, I mean they’re not exactly that expensive. One would assume for a vendor who mostly focuses on mtb’s, water would be more of an issue, then again they use open loop keys, which is something I will never understand on something that gets run through the mud. One bad puddle and you get hella sparks.

Maybe all trampa customers only ride when the ground is dry, idk.

im guessing they don’t expect people to use a switch since they don’t even have a port just for the switch, dare i say they only think about a switch after they design the pcb, so there is nowhere to put a power which lead to this spaghetti wire mess just to hook up a switch

Yeah it really feels like the switch pin was an afterthought, maybe they adress this in further iterations of the VESC 6.

But loop keys aren’t watertight, are they? Thats why I’m going for a switch.

They definitely are, if you use epoxy to install them and mind the small hole in the back between the electric connectors on the male side. Put epoxy on that. You can use a piece of paper also with epoxy on it, place that over the hole and then a tad more epoxy on top.

How to make an XT90 Loop Key How-Tos & Esk8 mechanics

Arguably, the most reliable way to control power to an ESC [pair] is to use an XT90S loopkey. [20190219_024916][20190219_024931] It may not be the prettiest or the shiniest or the most foolproof, but it probably will outlast almost any other way if done correctly, and it’s certainly the cheapest. This does have antispark characteristics if you use the “XT90S” instead of the “XT90” variant of the female connector. You definitely don’t want to use the female XT90. Essentially, you make “a ke…

Loopkey mounting. How do you do it? How-Tos

So this isn’t for how to properly make a loopkey. But how to mount, hide your loopkey. I want ideas. Would love to see what others have come up with. If you wanna know how to make one

they use open loop keys, which is something I will never understand on something that gets run through the mud. One bad puddle and you get hella sparks.

Bruh, I just had my skate in the garage hosing it off with water. Loopkeys can be very watertight. It all depends who installed it and whether they used epoxy or not. And put the male side on the board. It’s all in the details.

Will look into it, thanks for the info.

We used loop keys on our Rc boats because they were basically watertight and couldn’t short out.

Thanks for your order, it’s going out today

If you follow @b264’s tips you should be fine regarding the waterproofing.

They definitely are, if you use epoxy to install them and mind the small hole in the back between the electric connectors on the male side. Put epoxy on that.