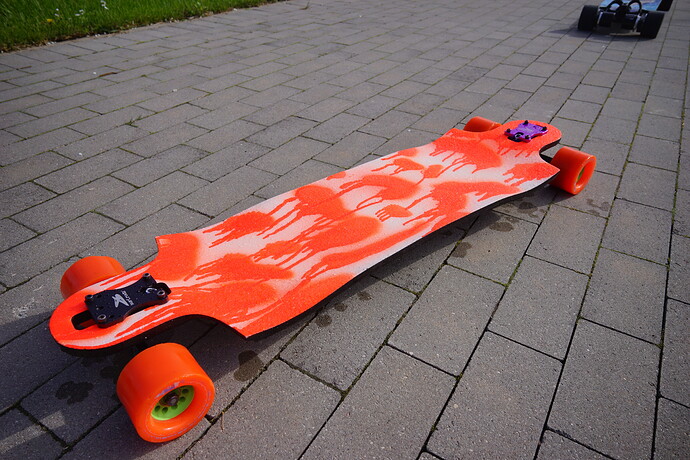 This is the in progress story of how I electrified my push-board.

When I built my first DIY, I realized that there were quite a few days when it would be out of service due to something being brokey. I needed a spare board, especially if I wanted to go on a longboard trip with my friends in Edinburgh, where my DIY would only get 5km of range on a good day. The sleek and sexy look of the Switchblade made me pull the trigger on this expensive deck, and it has probably been my favorite purchase of all time. 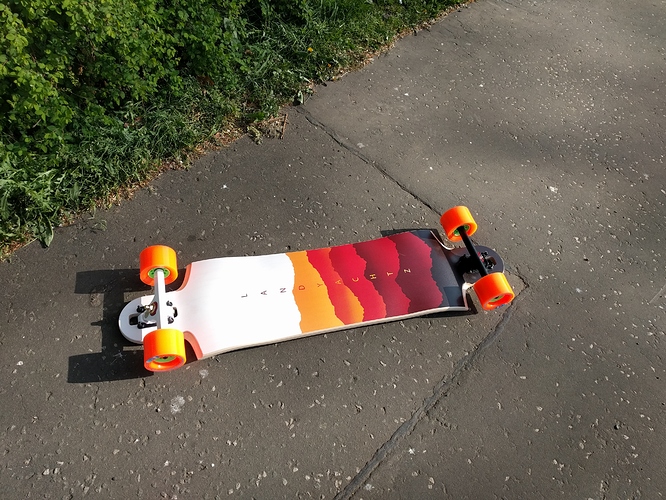 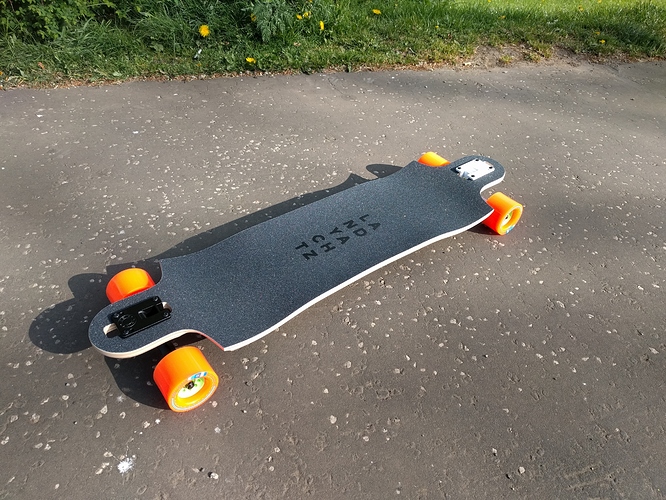 April 21st, 2019. Purchased from Sickboards: 50 degree caliber 2 trucks for a symmetrical turning feel, zealous bearings, and 80mm kegel wheels in orange to match. (All parts I could electrify one day) I had to mount the trucks using the new-school bolt pattern to get more clearance, but she rode like a dream! The concave of the deck gives you so much control, that you can pump, carve, and bomb hills all day long. 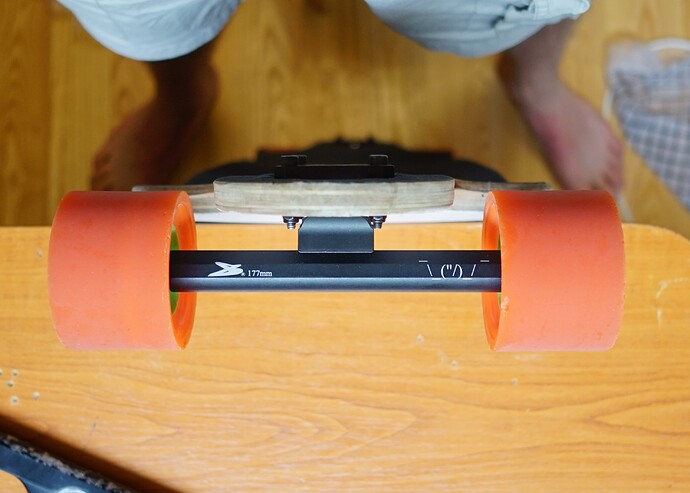 August 21st, 2020. I bought a bunch of TKP trucks from Surf-Rodz to see what the hype was all about. These are flipping awesome – it feels like an RKP truck, but if you could lean in even more to get even more turning! Now I could do 180 degree turns in my driveway, and dance around light poles as I waited for my train back home from work every day. TKP trucks have their hanger further towards the ends than RKP trucks, so my wheel bite-issue was resolved. But along came a minor issue – I could now turn so hard, that the edge of my deck would scrape the ground in drop-through

I knew I needed slightly larger wheels, especially since these trucks were still stable enough to bomb hills. 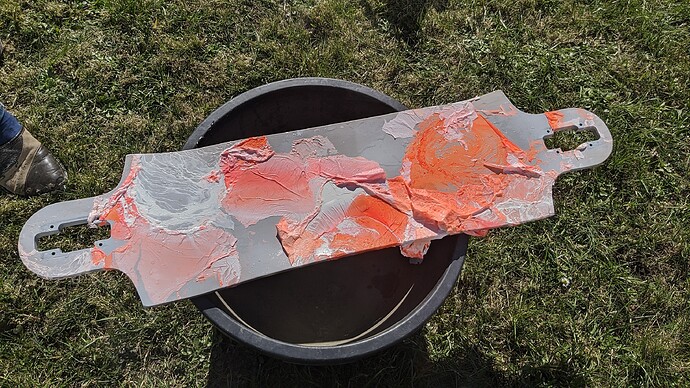 April 18th, 2021. My grip-tape was losing its grip, and I wanted to sexify my board. Getting a board skinned is hard and expensive, but what isn’t, is hydro-dipping! Watched hours of tutorials online, bought a kiddie pool, got the right paint – but I guess it was just too cold at the time. The colors in this picture are really mute, but in the areas where the paint didn’t dry pre-maturely, the pattern looks really cool. I might return to this method one day, but for now I need to get my board in shape 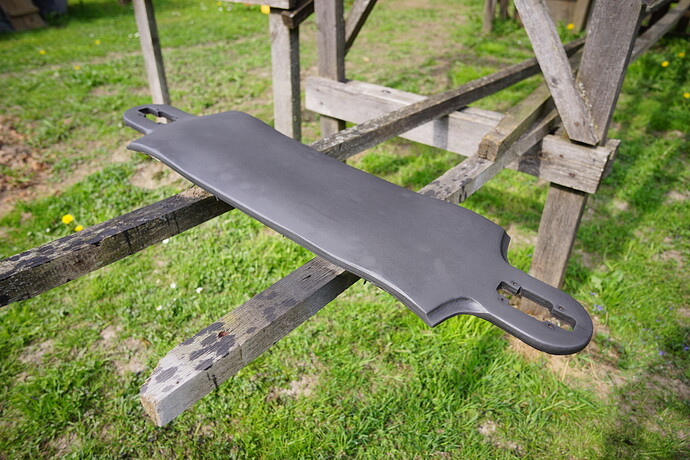 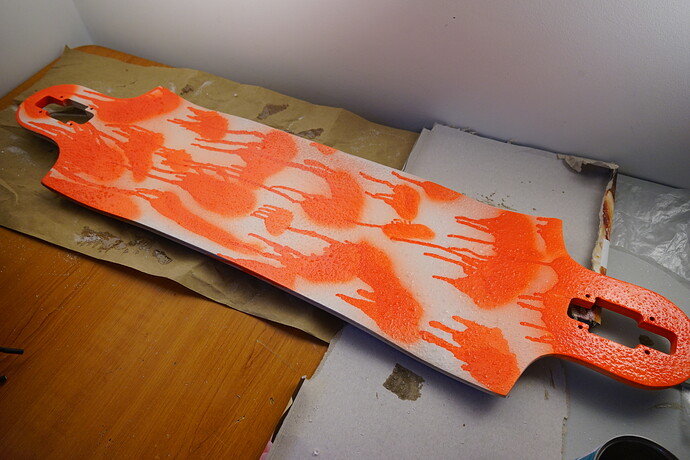 Did some spray painting, did some glass frit. Glass frit is easier than you think, although I didn’t mix my epoxy up correctly for the 1st layer. (Use a scale, seriously! First pour the resin, measure, then pour the hardener as you measure. Then you get perfect results

) Also I didn’t use nearly enough frit, as I would slip off when carving hard. So after a 3rd layer, I had a very (subjectively) pretty looking board. I tried to go for a dripping graffiti effect with my neon orange, I guess? Kinda looks like a pepperoni pizza though. The neon orange looks fantastic IRL though, and matches the wheels perfectly when they’re clean. 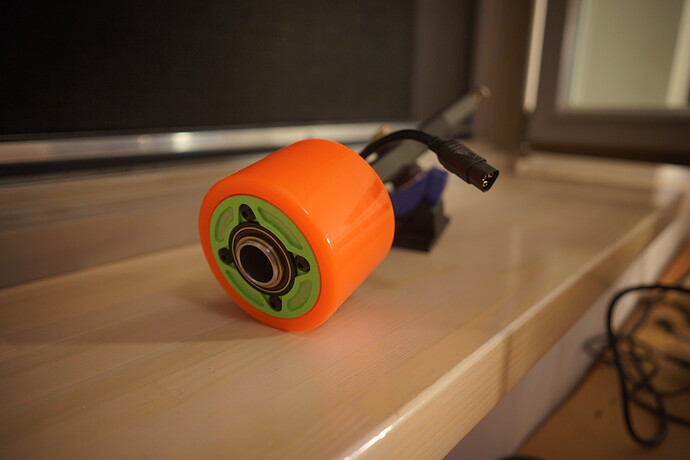 July 21st, 2021. (Today) Switched the wheels to Caguamas, and put on a single Loaded x Unlimited hub motor. I want to keep the feeling of an analog deck close to the ground, so no bottom mounted enclosure! At the moment I’m using my 12s3P p42a back-pack battery built with NESE modules. I plant to use the same battery for my mountainboard as well. For now I just put it in a lunch box along with a Trampa vesc (will switch out to a cheap focer later), and a VX1 remote. (Don’t recommend, would constantly disconnect, had to switch out to another VX1 I had)

Oh, I also added some shredlights mounts I bought from @Edratuom 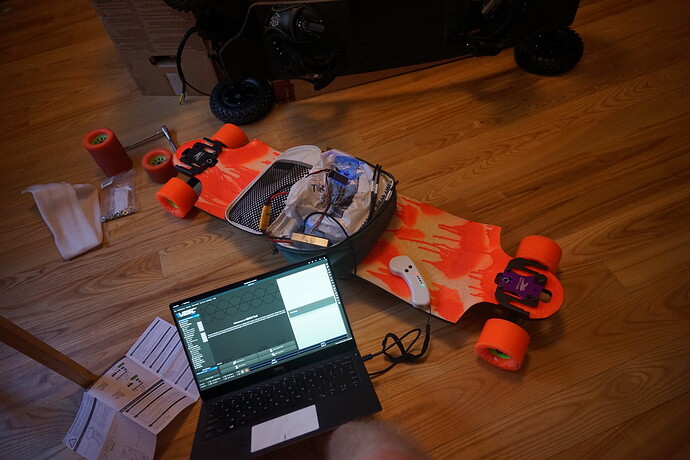 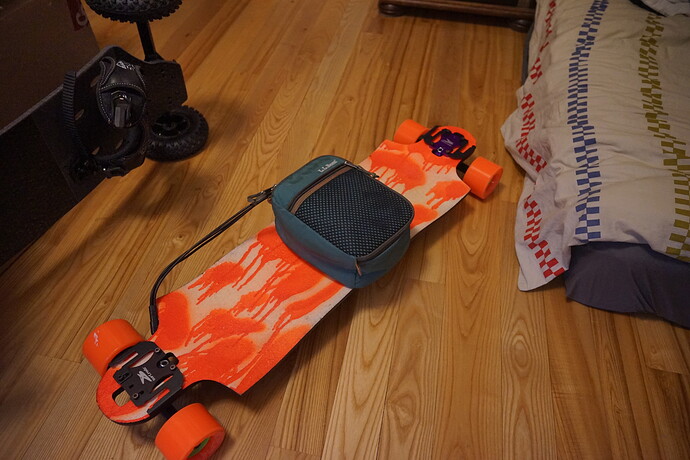 I went out on a quick test-ride, and have some thoughts!

I’ll be taking this board with me to Lithuania this weekend, so I’ll get some pretty pictures and videos then! Will also do a range test. Wish I had telemetry, oh well. Thanks for reading and coming with me on my stupid fucking journey!

Love it dude. I’m a fan of that classic urethane feel too !

Have you considered using power drill batteries to power this?

No, that sounds unnecessarily expensive and complicated

I did prototype a 12s1p in an ice-cream box I could stick on the tail, and I might still do that, depending on my consumption. 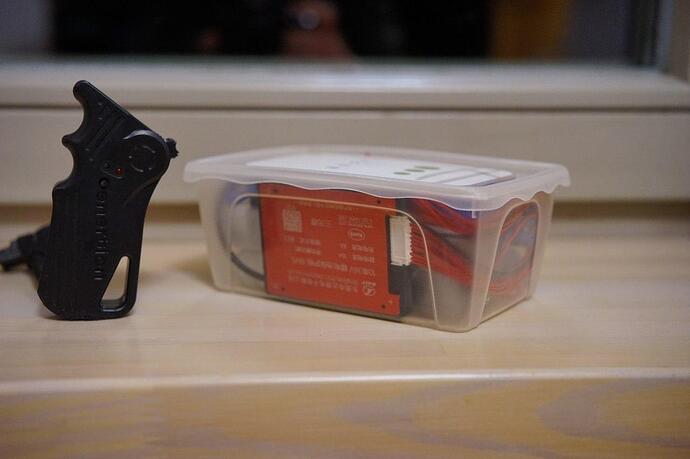 Although for now a single back-pack battery I can use both on this board, and on my mountainboard will be the route I go. To prevent my legs from getting caught in the wires, I’ll be going front wheel drive.

Oh, you’re right since the voltage wont be enough unless you use a bunch of them

Wish I had experienced Meepo hubs to compare though. No idea if they’re worth it or not. I didn’t notice it feeling any different than the other wheels though on my short test-ride. But that might change once I get to know the board better.

This post was flagged by the community and is temporarily hidden. 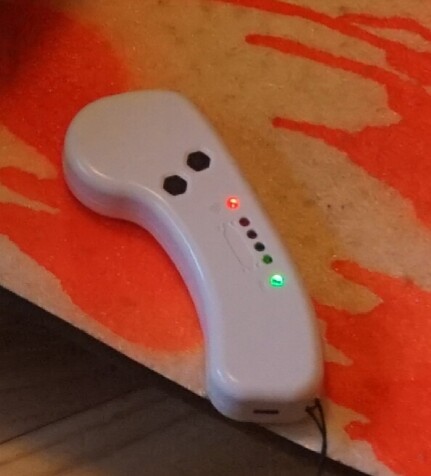 It’s a white vx1 what else could it be

It’s a white vx1 what else could it be

@Anubis Used to have skinned ones, not sure if he still does

A GreenWorks 40V 4AH battery is capable of pushing 40A . With a range of about 10km, and the ability to carry spares, that is more than decent for a urethane single drive light cruiser. Can be mounted over the rear truck baseplate.

Maybe that would be a good thing…

So I made a 1.8m long phase wire connector cable 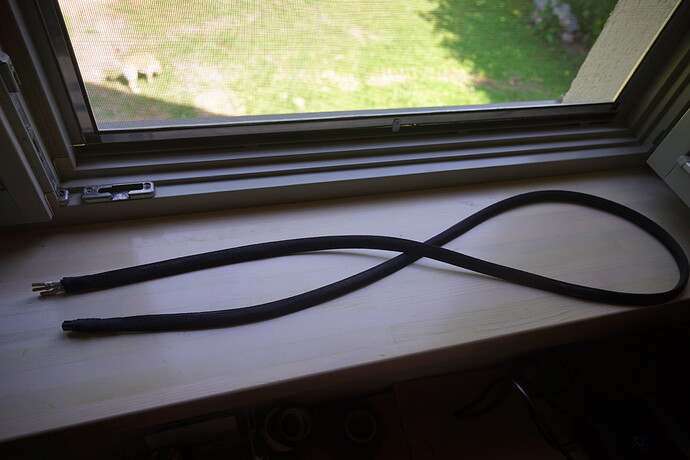 Went on a longer ride, was kinda okay, wish I had a support for it because it was a bit too long and kept slipping out of my back-pack. Then I got too confident on the way home, and bombed a hill I usually do on this board. But wouldn’t you know – downhill those 20 motor amps can achieve a way higher speed than on flat! I was going between 35 and 40km/h I reckon, in a tuck pose. Realized “hey, these trucks are a bit too twitchy and I really need to hold my weight forward to not die right now. I should probably slow down”

So I let go of the throttle, and a split second later I was flying. Board instantly shot under my feet, I guess because of the sudden drag in one wheel. Board flew in a ditch unharmed it seems, I landed on my left side as usual. I was wearing only a helmet, because this was supposed to be a chill ride on a chill board.

Bloody pictures in this thread:

I’m not sure how I got by so lightly considering the crash was probably the biggest I’ve had so far. The phase wire cable unplugged nicely it seems, only damaged it a little while sliding. Long pants definitely saved my bottom side, and somehow my hands are pretty alright despite not wearing gloves. Arms hurt though, kinda stupid being injured when you have a knox urbane pro shirt hanging in your closet

On the bright side, my 6km trip wasted only 0.6 battery volts, so I reckon I can probably get a good 100km of range out of this setup

why didn’t you just go with a 12s1p p42a? it would probably give you enough range and reduce weight substantially.

This battery is primarily for my eMTB. I think I probably will go with a 10s1p in a small box on one end of the board. Would be the most practical option I think.