Pollution, and the myth [Serious]

So there is a common myth going around.

The myth is that a clean vehicle, like an esk8 for example, or an euc (electric unicycle), ebike, emotorcycle, ecar, et cetera, are not clean, because pollution is generated to make the electricity that charges them.

Firstly, the electricity can, in fact, be made without polluting. But let’s imagine for a moment that it cannot, or that it isn’t in your location. …

Pollution is much easier to fix when it’s all consolidated to one place – like a power plant – than when it’s spread around everywhere and owned by broke/poor people – like car/vehicle ownership.

Powerplants can indeed be cleaned up, if desired. Can we recall every family’s car(s) and tell them to pay for repairs or buy a new one? No. At least, not without getting voted out of office. Can we make new vehicles pollute at the power plant instead of locally? Yes. Will that help us clean this shit up later? FUCK YES. Because now we, as a society, have a power plant to fix or upgrade and we have mechanisms in place to decide to do this and to pay for it. If you haven’t consolidated all the pollution, then you don’t even have that option on the table.

So, not only is the pollution consolidated at a plant, but it’s a smaller amount as well. So what if the electricity that’s charging your esk8 is generated by burning coal? Well, you should feel good because

A) you’re using less dirty energy than if you drive a gasoline automobile
and
B) you’re doing your part to consolidate the pollution, which itself makes the problem a fixable one

So go out and go skate, my friend. You are helping.

But what about lithium mining and refining?

I’d say it goes much deeper than just lithium mining.

By the time you account for all the shipping to get your components to you and all the manufacturing pollution of said components I think it will grossly outweigh the amount of pollution created from a couple hundred charge cycles.

@b264 while in theory pollution is easier to fix when it’s concentrated, you run into the problems of countries essentially outsourcing their pollution to less wealthy nations that don’t/can’t properly deal with it.

Pollution is a bitch of a problem and it will only be “solved” when there is no other alternative, until then everyone’s gonna fuckin play hot potato and point fingers.

By the time you account for all the shipping to get your components to you and all the manufacturing pollution of said components I think it will grossly outweigh the amount of pollution created from a couple hundred charge cycles.

Doing all that for esk8 production creates far less of all that than for production of an automobile.

Let’s face it, everything pollutes. Esk8 companies should plant 10x trees for every esk8 sold. That would be amazing

How much pollution was done to make the solar panels?
Just kidding, that’s awesome @Dmaxx

@Grozniy, ive planted like 30 trees so im pretty sure i sit nice and square on that pollution

That would take hours

Do cars even pollute that much any more? Emissions seem so so low on recent cars. I feel like farting pollutes more.

Thank you for this rant. I wholeheartedly agree with everything. Most of the time I say things like this aloud, I’m either preaching to the choir or screaming into the void. Happy Sunday!

It’s not the cars itself, it’s the production of the cars that creates the most pollution…

That refutes the consolidation of pollution argument almost completely

I just watched a show on it yesterday 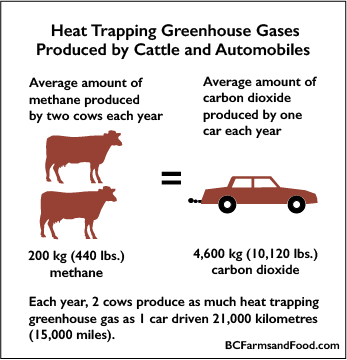 What about the cows that drive?

There is a lot of ifs, cans and whens in this post?

Oh mighty one, what do you suggest we do to help?

Alright, finally a thread I have some info on.

I would start with reading this. https://www.reddit.com/r/cars/comments/c7zg6e/your_electric_car_runs_on_coal/

Basically any electric car is better than any gas powered car on any day. To the tune of a gen 1 Nissan leaf, arguably one of the worst electric cars. Having a carbon output of 75mpg when connected to a theoretical national average grid of 36% from natural gas, 28% from coal, 19% from nuclear, and 17% from various renewables.

But this is a car, not a skateboard or my personal car replacement, an ebike.

For this it’s basic energy usage. It takes X amount of power to move Y amount of weight at Z speed. Now I can deal with going to the store at sub 30mph(Z), I need to have myself (Y) as weight along with my groceries, the biggest variable in the equation I can change is X. I can save a lot of it by not using a 3000+lb vehicle.

For reference I used 5ah from a 10s battery going to church, the store, and home today. A trip of around 17mi. If I was in a 1st gen leaf I would have used 18kwh. Now I’m bad at converting the two but I’m sure my energy usage is MUCH lower.

Because I charge all my electric boards and bikes off of a 100w solar panel and recycled power bank. I know my hobby replacing my car has had a negative carbon impact. I would encourage others to do the same, you would be surprised how easily a single 100w panel can power your daily riding. If people want details about this setup I’ll take pics and start a thread. Solar is a neat hobby and more people should experiment with it. Cheaper than a meepo if you do it my way.