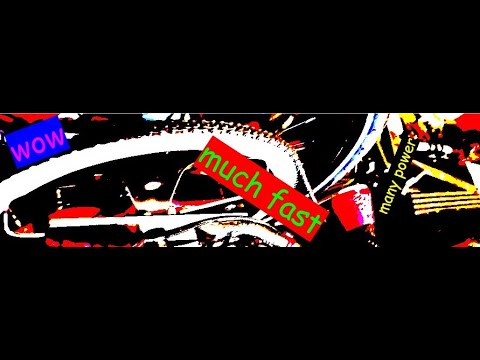 and even more fabulous!

This build sets out to correct several of the problems encountered with the TÜÜB. The control system will consist of a hall effect ebike throttle plugged right into a VESC ADC. This hopefully eliminates:

I’m also doing that thing everybody does where their builds gravitate towards big pnummies and big batteries EXCEPT I’M NOT HALF ASSING IT LIKE THE REST OF YOU CHUMPS. I found that I was often stopped from doing what I wanted with the TÜÜB by range and road conditions, so this build will have:

But hold up, bicycle?
Deck?
Did I mention that this is a speedboard?

Well, that’s a trademark, and it’s a little bit dumb. We have that, the Dirt Surfer, and @frame.b022 's term, but no definitive name for the category of 2-wheel inline skateboards. I am therefore, by no power vested in me whatsoever, unilaterally declaring this vehicle type to be a “Bikeboard”.

NUFF YAKKIN MORE HACKIN here’s way too many pictures of an esk8 build: 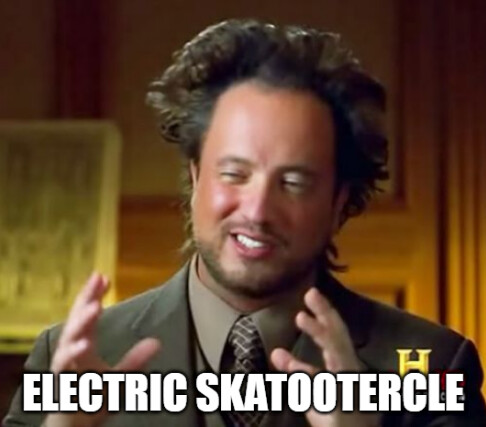 Dude… This is one best build threads I’ve ever seen on here. There’s a fuck ton of questions and comments I have about this, I just don’t have the time to put it all into text right now. But holy crap color me impressed. Makes me regret moving away. I’ll back back soon and I hope to see you and this beautiful device in person

Wouldn’t it be more accurate to call it a handlebar-less scooter?

It does look both cool and like a potential death trap though. Only thing you are missing is more LEDs

ok hear me out, what if in the v2 of this magicboard, u use fat (wider) bike tires?

in the v2 of this magicboard, u use fat (wider) bike tires?

Yeah, that would be great. More lean clearance and easier balancing in turns

Wouldn’t it be more accurate to call it a handlebar-less scooter?

a potential death trap though

y tho? This thing feels rock solid at speed, and I have yet to be knocked off balance by road conditions. Those were the main sources of danger on my last board.

one best build threads I’ve ever seen on here

Many thanks! I hope to ride with you again as well

some fat knobby tire might also enable u to go little bit offroad if u need to, might be sketchy af, but i figure its probably “doable”

Fucking madman. I wish I could see this before I leave.

If you have some kinda opening where you can ride, hmu

I have no life

@longhairedboy can this be my title plz

edit: also holy fuck, I just scrolled up. what is even happening this thing is insane, how do you even.

To be fair, I’ve said that my own board could be considered a death trap to the mountain board people on here due to its height. So long it is for personal use only it doesn’t matter if it is safe or not

The tire doesn’t matter that much for temporary off-roading. Biggest issue is if it has enough torque or not. My street board with thane wheels can go off road but it is very slow and uncomfortable. Works well enough for small stretches where the road is dangerous but there is no sidewalk but I’ll never take dirt paths with it if there is an alternate route.

Yeah, riding grass with it is manageable at low speed, but not comfortable due to the high pressure tires. Torque is plenty though.

Understandable, the deck height on this is like six or seven inches. But above 15 kph, it feels very much self-balancing. You don’t feel like you’re on stilts while riding it, if that’s what you’re worried about.

edit: also holy fuck, I just scrolled up. what is even happening this thing is insane, how do you even.

The process is simple. You look at Speedboard™ and be overcome with equal parts awe and one-upmanship.

you have earned your title, sir. Well done.