[EU-SE] hey, want to build my first esk8 and would really want a tayto or jet spud deck. also been thinking of going with a loaded coyote or omakase since those are easier to get.
looking to buy:

I have a tayto in house, haven’t even skinned or fritted it yet. Also a loaded kut thaka, which is quite similar to the omakase and iirc is near identical to the coyote? that one is finished. Shipping from US though.

I would recommend the Omakase if you want a nice fiberglass enclosure from Ben in the UK:

So the time has finally come to make a stab at getting a thread together to show a little of my wares. I’ve been making fibreglass enclosures for a while here in the UK and I think I have shipped to more countries than I can remember. I am working my towards getting more of a shop setup but for the meantime I’m going to try to add some info about current enclosures and upcoming ones. Also answer a few of the frequently asked questions… To get it out of the way… A question that is regularly a…

Alternatively Eboosted makes an enclosure for the Coyote that can fit 12s4p: 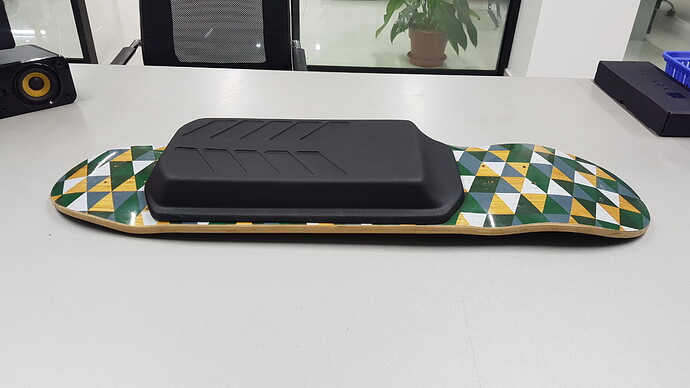 Personally I have a Coyote with 184mm Boardnamics trucks and a single hub motor and I love it. Above 40km/h it gets scary though. Definitely gonna eat shit on it one day.

What are your goals for the board? What range do you need, how fast do you want to go? I guess since you’re from Sweden your roads will be smooth enough for a urethane build

yea the tayto might be interesting. im not really looking for anything custom though. would you wana let it go like it is rn? without the “custom” pricetag

? and how much are you looking to get for it? since its my first board im trying to focus my money on functionality over looks so think ill have to pass on ur customizing service.

Yeah one less deck for me to have to finish is a plus xD shipping could be a bit expensive, lemme check a few things and I’ll message you in a couple hours, if I have an enclosure that fits or any other stuff you could use it’ll probably be worthwhile for ya, but without, maybe not so much.

Hey, I do have Jet Potato 33 (similar to Jet Spud 29, but a bit longer) for sale with ABS enclosure. I would include the rubber bumpers and antispark xt90 key. These are not recent photos (can take some photos later), but it’s in a good shape (battery in this board died quite soon after and then I got whole another board). Just griptape is a bit dirty and there may be some left over from double sided tape where battery was attached. Not sure what to ask for price, but let me know if you are interested. I’m located in europe.

potato ‘n’ whatever [Imgur] My second build. Despite my first build covers most of my needs, I’m building second board. I wanted to ride a board similar to what most people ride. Also got good deals on parts. I decided to make a post since I have almost everything ready for the build except few parts. However building will take me few weeks since semester started and I’m busy. Parts list Deck: Jet Potato 33 Trucks: Caliber II 44 Wheels: … 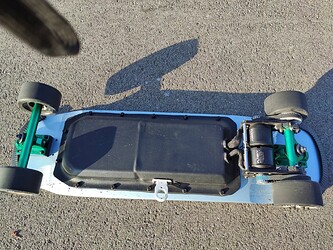 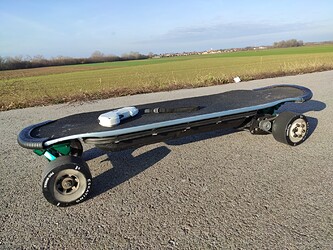 im mainly looking for something around 30 in length and feel like 33 might be a bit too long. but if i cant find anything else i might reach back to u

i read ur reply and appreciate the recommendations for enclosures. i totally missed your questions at the end though. saw them now. my goals or my reason for wanting to build it is mainly to use as a board to get me to and from school or to get to and from the busstops. im not in need for alot of speed but i still want it to be able to go a bit faster than im comfortable with at the moment just for future-proofing (dont want to get bored of it because its slow / dont wana have to push it to its limits just for commuting). the more range the better ofcourse but atleast like 20km or something? im not sure whats reasonable for a board like this. i feel like range is not that important but still feel like i want to use all the space in the enclosure im getting which is still to be decided. and to start of i think im not even going to be able to ride at 40km/h at all so that might be a bit too much when it comes to speed. wont be riding it on long straight roads, will be more cityroads with turns and stuff.

Are you interested more in crazy torque to get you up hills, or a lightweight, reliable (less moving parts) board? Option 1 means belt drive or gear drive, option 2 means hub motors or direct drive. If you have good roads, hubs FTW.

If you’re on a tight budget, you might be stuck with single drive, in which case a belt drive or gear drive will be needed for good torque. That being said, I really like my single hub-motor board. Need to push with my feet to start / stop, but the cruising and freeroll are fantastic.
I’ll post a build thread of it tomorrow, putting finishing touches on it this evening
Edit: done – Small board | Loaded Coyote | 12s1p | single hub

are there any good hub-motors out there? haha. from my research ive come to the conclusion that belt drive is the better way to go. but dont have any experience with either of them and you seem pretty satisfied with your hub motor build. im not in need for alot of torque either and my plan has been to go with a single belt drive motor, 6374 or something similar. dual 6355 could also be considered but feel like i would be more than happy with just a single 6367. but as i said i have no prior experience and am totally just going of what i have heard and read on the internet.

(I wanted something I could put on any truck, and swap the urethane when it eventually wears down. So far looks good as new, and I definitely abuse it)

It depends on what you are after. I have a omakase with the unlimited kit for short trips. It’s a single hub with 10s1p. Works great for it’s porpouse and it’s like riding an analog board. Also Swede by the way.

yea okay. ive also thought about going with a single 6355 to start off with to later upgrade to dual 6355 but not sure how well a single 6355 would perform

i dont think the unlimited kit is anything for me since i enjoy building and upgrading my own stuff. i most often prefer to take the longer but more educational way to do stuff than to allways go for the easy route.

Brakes above 35kmh are not going to be safe on a single 6355, I suggest either dual 6355 for plenty of braking and accelerating power or a single 6374 so you only have to swap a hangar for dual 6374s.

edit: you can also buy the hub motors on their own, you don’t need to purchase the battery and ESC along the hub motors unless you’re just not interested in hub motors which is also fair.

Ooh yea buying hub motors on their own would be nice. Hmm im trying to get as much value for my money as i can. Would you suggest single 6374 or single hub? I guess i could just buy a new hub in the future if i want more power aswell.