ESCs based on the VESC

Only the 180A PRO version

Might add the X Core Pro ESC from Boundmotor and Focbox Tenka from Massive Stator?

X core is a makerx dv6. Tenka is identical to the unity.

Might add the X Core Pro ESC from Boundmotor and Focbox Tenka from Massive Stator?

Thanks, and welcome to the forum! I’ve added these two.

Tenka is identical to the unity.

I think the Tenka has some cheaper components as it’s only rated at 70A vs 80A on the unity, and it’s covered in epoxy.

Tenka is potted into a heatsink, is a bit cheaper, has half as many parallel FETs (1) which means the current capacity is smaller, and I think it’s identical to Unity from a software compatibility perspective.

I think its main goal seems to be upgrading/repairing production boards. It’s also cheaper for lower budget boards without compromising on compatibility.

I tried looking for away to start an edit but couldnt find the button haha was going to add them myself ::

That’s because you are a new user. The forum automatically levels you up as you read & post more, then the edit button will show up.

should add “BoundMotor X-Core” to discontinued VESCs. idk what the specs are but it handles 12s and has an integrated remote. there is no internal CAN-bus the integrated remote is just split to each side internally.

I list the ratings the manufacturer gives on the details section of the product page. 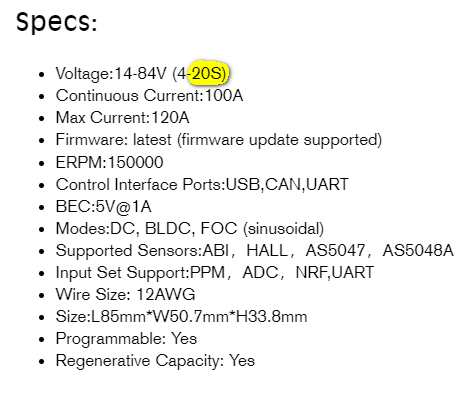 I am running the 75100 on a 20s ebike with no problems. It has all 100v components but there needs to be some margin for voltage spikes.

This is my plan, I wanted to get it for a 20S ebike build but I want to trust that it can handle the overhead of spikes.

Flipsky 75100 With Aluminum PCB Based On VESC 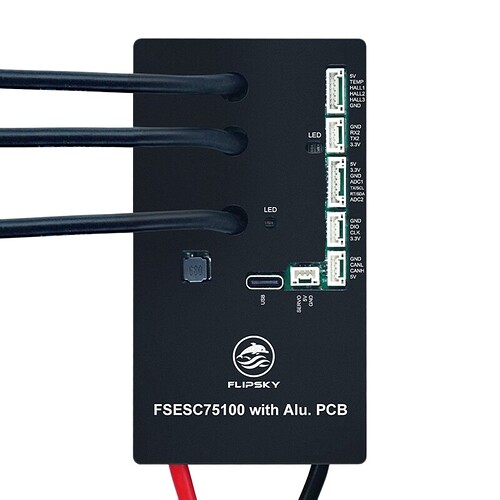 Flipsky Dual 75100 With Aluminum PCB Based On VESC 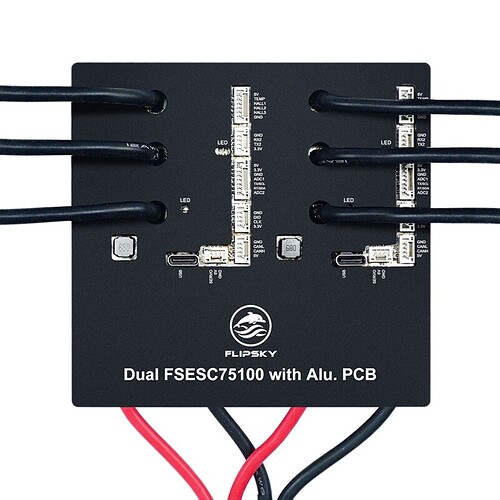 I’m still thinking about the best way to group the various VESC designs. Originally it started with Vedder’s V4 and V6 hardware that other manufacturers largely used and made some tweaks to, but now it is starting to evolve beyond that with completely independent designs. I’ve made some changes, but I’ll probably continue to tweak that as I learn more.

The two most significant design features that I’m using to categorize these are shunt configurations and what gate driver is used (DRV or independent) as these seem to have the biggest impact on reliability and voltage ratings. Just about any model can incorporate features like anti-spark, IMUs, bluetooth, etc as those aren’t necessarily design/platform dependent.

Open to suggestions as well

Maybe it’s better to group them by maximum safe operating voltage and add their architecture as a column?

On this note, where would things like tronic ESCs and ZESC/BESC fit in? At some point cettain projects are no longer a VESC but are still compatible with VESCtool

That’s because VESC is a software project, and a certain hardware manufacturer chooses to intentionally create brand confusion by continuing to not come up with a name for their hardware.