When I met Jason Potter (owner and CEO of Enertion) this last summer in Berlin, he was relaxed and jovial about the position of his company. Admitting and even joking about the numerous issues that Enertion had been running into with getting products into the hands of customers, Jason was confident that some new products like a 16S-capable FOCBOX (single, not dual!!) would be able to help ease the public doubts about the Goldcoast company's stability. Fast forward to late 2019, and 73% of builders don't think that Enertion is going to survive. That's where EnertionBoardsUSA comes in to play.

What the hell happened?

When the name "EnertionBoardsUSA" first appeared on the esk8.news forum, many people were understandably skeptical about having the name "Enertion" back in the game. And then the profile started advertising Unitys on Amazon, supposedly ready to ship with Prime. Some people took the leap of faith, and to everyone's surprise the Unitys were shipped and received at normal Amazon speed.

Who is this guy?

After the Amazon shipping for Unitys actually went through, we reached out and asked for an interview. Turns out the "EnertionBoardsUSA" profile is one man right now, and his name is Kurt Benson. Mr. Benson is an Australian-East-Coast-born civil construction manager gone e-mobility enthusiast, and Enertion is his latest challenge after quitting his career to focus on humanity's transition to sustainable living. 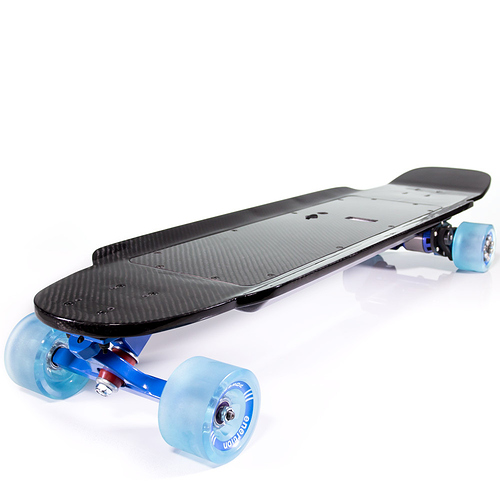 How did he find Enertion?

According to Mr. Benson, Enertion was far from the first company that he looked at. He "visited manufacturers of cars, bikes, scooters, skateboards and even an electric surfboard company", discovering that a "common problem they were having was delivering on customer service & aftersales support within markets where they were not present". He "concluded that where [he] could be of most use to the e-mobility industry would be to help growing companies with cash flow, customer service & support in a critical market", and sold his house and his investments to start a distribution company in the US.

Ironically, moving to the US was the perfect thing to keep in connection with an Australian company. Mr. Benson ended up reaching out to Jason when he said that a "distribution structure was what they were looking to move towards" as their current structure was "too complex and they were unable to offer the service their customers deserve".

Why is this Enertion's last hope? 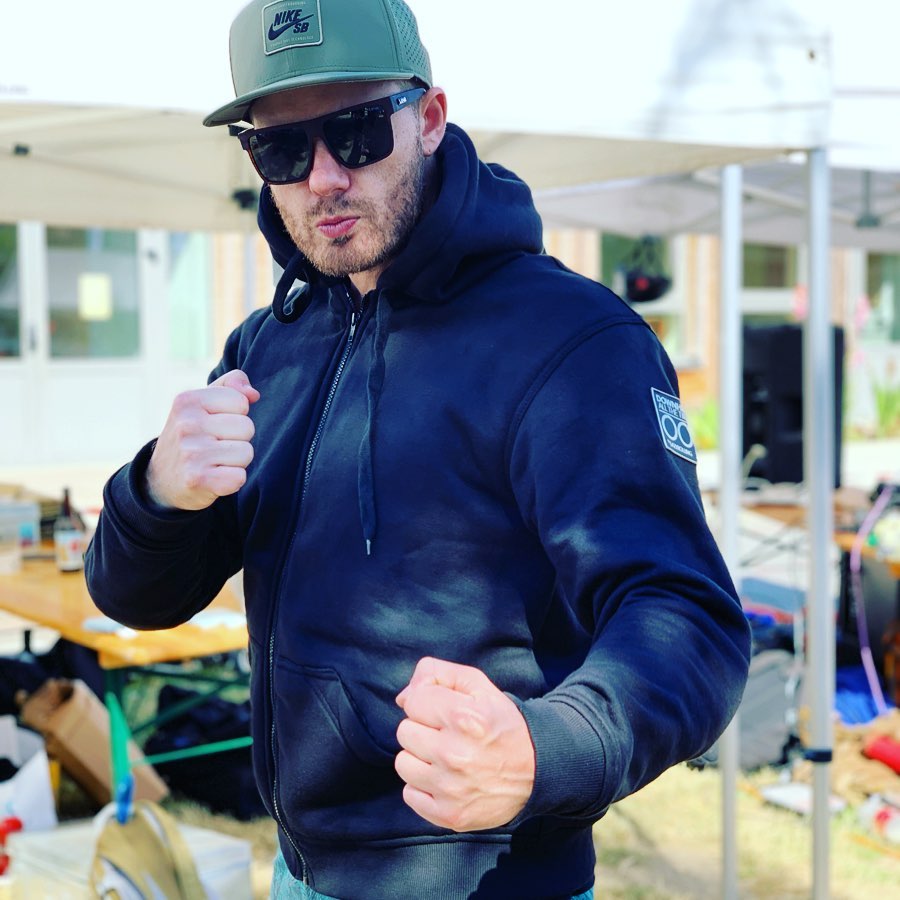 With Enertion Australia falling apart and their customer service team leaving, the company is really on its last leg. Having someone like Kurt in the game who has experience managing "multimillion dollar civil construction projects" is exactly what Enertion needs, because he knows how to create cash flow and keep it going. Cash flow has been Enertion's problem for the last year as they've kept taking on orders to fund fixes in the supply chain that only continues to break down.

According to Mr. Benson, the Unity is only the start of this new reliable customer experience that EnertionBoardsUSA is trying to create: "As Enertion Boards releases new products and refines existing ones, they will be added to the EnertionBoardsUSA store." What this means is that when Enertion finally releases their 16s single Focbox and their competitor to the Trampa Wand , US buyers will be able to have confidence that orders will arrive promptly.

Eventually, EnertionBoardsUSA will move away from Amazon and towards their own e-commerce site. Many will probably be skeptical again about this because Amazon awards a certain amount of confidence to a product when it's certified through Prime, however Kurt is confident that his "own ecommerce site will offer better pricing and have closer interactions with customers."

Additionally, EnertionBoardsUSA will also host and attend group rides around the US to promote the community and sponsor team riders. They plan to continue supporting the DIY community as much as possible with more events like the recent "Want a Free Unity?" competition, in which member Kellen G. won a free Focbox Unity. 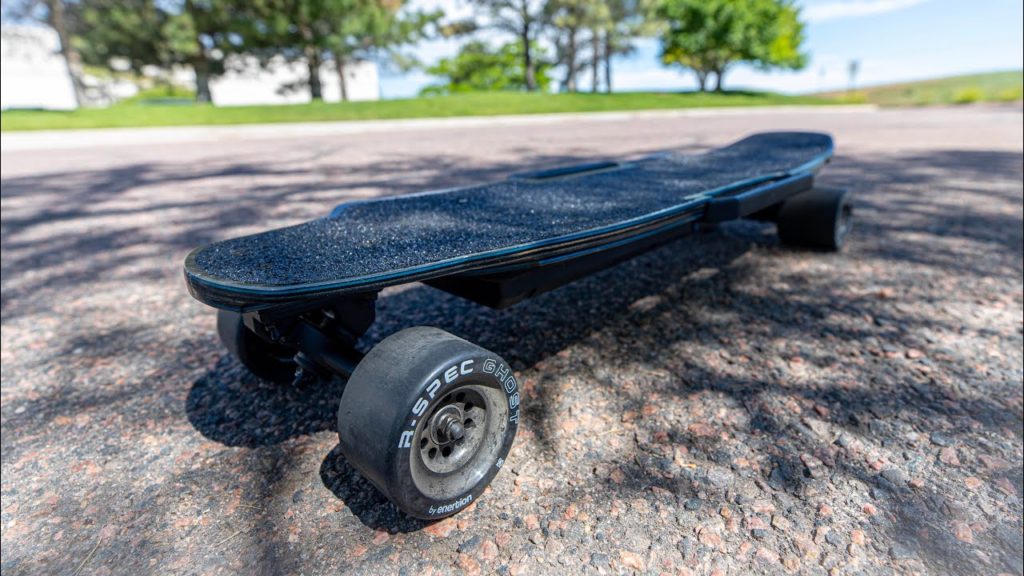 It's unclear as to whether this new strategy Enertion is taking with Mr. Benson is going to work well enough to save the company, but I'm hopeful seeing someone with great vision and experience making a serious effort. Here's Kurt's view on the situation:

"I’m excited to be working with Enertion Boards and be part of this booming industry, next spring/summer is going to be a turning point for the brand and we will be back on the path to become the leaders of the industry."

They teased us about the raptor 3 at Paris, I do hope to see it come out to light one day.
Hopefully he could save this company to help the eskate scene with reliable ESCs.
Great article.

This is a bit confusing to me… @EnertionBoardsUSA is currently only selling unitys on Amazon. If someone has an issue with their unity, I don’t imagine Kurt is handling repairs on these, probably just replacing units.

But what about future stocked Enertion products? If they release a raptor 3 and the wheels start chunking after 4 miles, is he solely there to replace items or will he be taking on the repair work as well? Same for electrical issues.

I want Kurt to succeed and I hope I don’t sound negative. Just curious about to what extent the great service and support goes.

It would need to be MoonUS!!!

He must be good at something otherwise how did he get into the industry in the first place?

he got enough money to make some really cool shit and paid people to design stuff. He can’t do that right now.

I honestly don’t know the answer to this. But he had a hand in the creation of the Raptor One, R-Spec motors, mounts that people still talk about, the Focbox, and the Unity. So either he’s good at dev or good at hiring big brains like @Deodand to design quality gear. Same difference when it’s working in your board.

Is he actually good at developing though? Or did he just manage to rally enough people who are in the beginning. I haven’t been around long enough to really know.

This. He had Charles (@blasto), Johnny (@JohnnyMeduse), and most recently Jeff (@Deodand). Jason is pretty good at seeing talent and then shoots for the moon. Unfortunately, the moon is pretty far to travel to on just a few bucks.

This is a bit confusing to me… @EnertionBoardsUSA is currently only selling unitys on Amazon. If someone has an issue with their unity, I don’t imagine Kurt is handling repairs on these, probably just replacing units.

But what about future stocked Enertion products? If they release a raptor 3 and the wheels start chunking after 4 miles, is he solely there to replace items or will he be taking on the repair work as well? Same for electrical issues.

The future structure for taking on more Enertion products is still a work in progress. We have a few options for repairs in the future but it’s too early to confirm. We will definitely operate centralised repairs with close supervision for our first summer. We will eventually be liable for ensuring great customer service for all US customers, including those that buy through partnered retailers.

I’ll be as transparent as I can with the forum about our plans as you all deserve it but please respect that I can’t discuss much in detail, especially not this early.

Entirely fair. Thank you for taking the time to respond. You’re already on track to be better than Enertion at customer service.

EnertionUSA is better at being enertion than the og themselves

Glad to see someone taking a step and giving hope to Enertion in this tough situation.
I wish you guys a good luck because many of the customers are counting on you for the support

I am unaware of the biggest part of the story. However angry and frustrated I was for being left in the dark by enertion, I’ll be the perfect little snowflake and say: Let’s not make this a personal man hunt. That’s just stupid and boring

As long as the amazon prime supply is worldwide then fantastic. The USA thing is giving me the heebie jeebies

Yes you are absolutely correct in that you haven’t been around long enough to know.

Not good at…well we all know what he is not good at.

Conceptually he can do the do but made a bad mistake in the raptor 2. Wrong platform and to be honest when it was conceived no one knew. Now we do and hopefully the 3rd iteration will mirror more the 1st because that was way ahead of its time.

Garage Jason was the man back in the day. Lets hope this is a turning point for a founding DIY company that made some fucking really good shit.

Conceptually he can do the do,
but made a bad mistake in the raptor 2.
Wrong platform and to be honest,
when it was conceived no one knew.

But what about the people who bought raptor 2 and all those issues? Looks like Enertion boards USA is like sticking the middle finger at us since it only sells stuff and won’t have anything to do with what’s gone one. Extra warranty has done me no good. They won’t do the ride or replace for me or the 110% performance refund since I get no replies whatsoyfrom them

So yeah what about the people with or waiting on Raptor 2s?