I started out with a BKB tayto from 2018 Secret Santa. I rode it push with some Indy TKP’s for a while and loved it so I knew I needed some electricity in this bad boy. While I considered adapting the Indy TKP’s to attach motor mounts, I ended up getting a pair of Surf Rodz for the style points and ease of use for mounts.

~6 months later and I’m painting and fritting the deck. 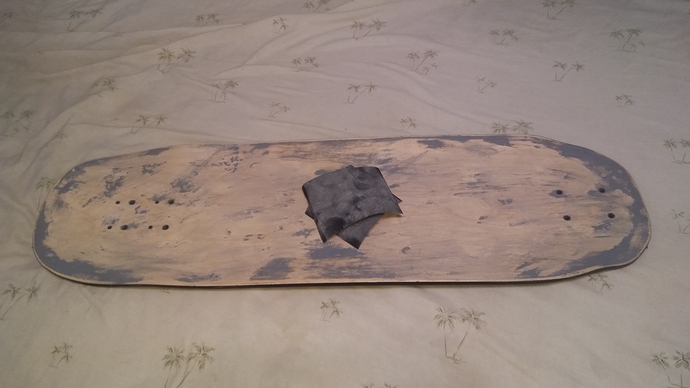 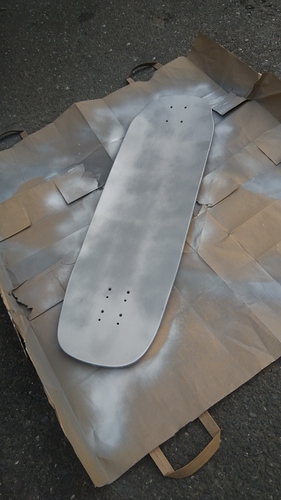 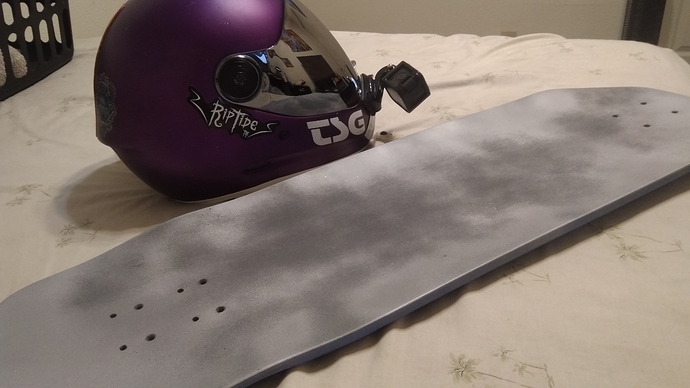 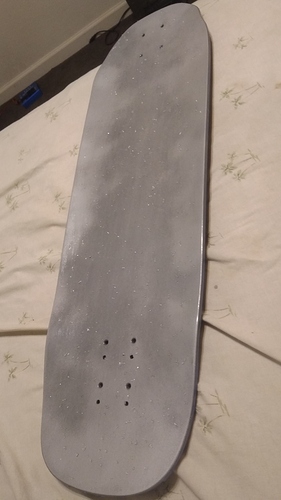 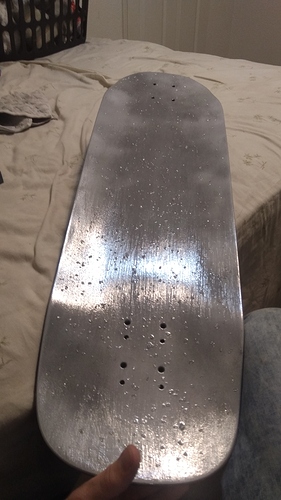 Ended up looking good but had some darker and lighter variations in the paint. I think a couple more coats would have fixed this but after some time to sit it went away slightly. I kinda like it. I think I will paint the bottom a different color. 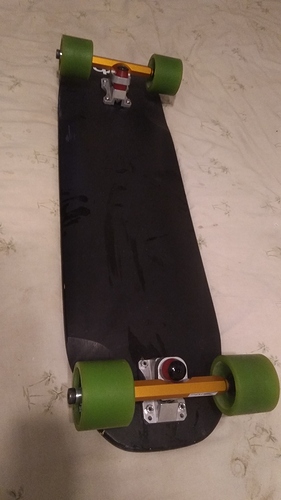 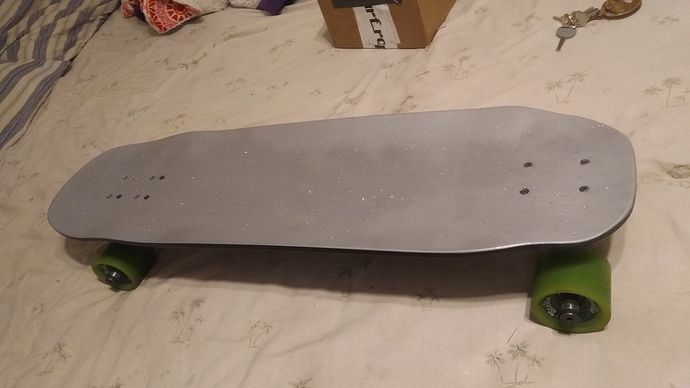 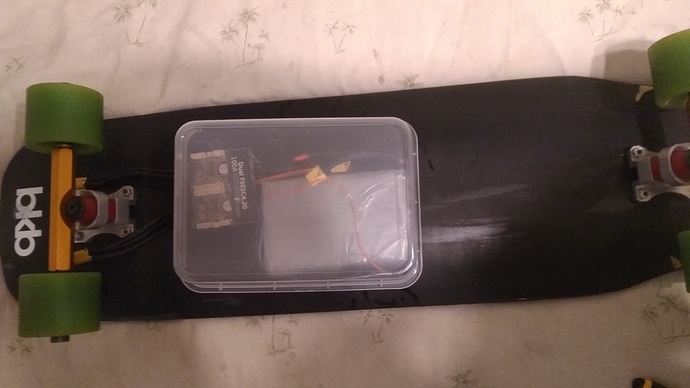 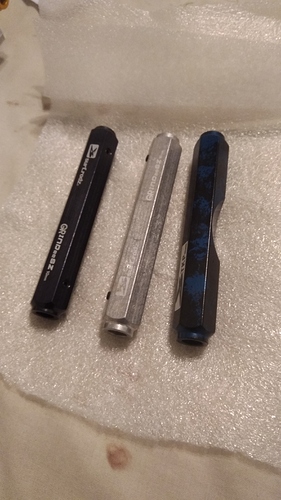 So all that’s left is some motors (thinking 6355 or 5055) and belts and pulleys. I’m unsure weather to use my ABEC11 97mm flywheels (fear wheelbite), or go for Akashas. For the latter I definitely need a thinner enclosure other than this Tupperware. Battery is a Wowgo 10s2p with Samsing 22p cells, so 20 amps. Unsure if it’s still good because last time I plugged it in the light went from green to red constantly so I might need a new one. Metroboard clearance sale will probably be my saving grace if that’s the case. 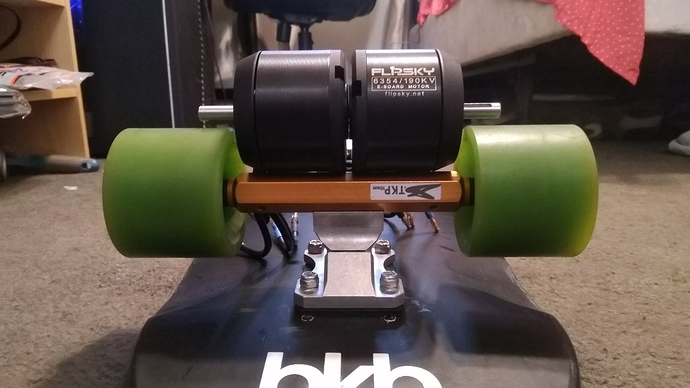 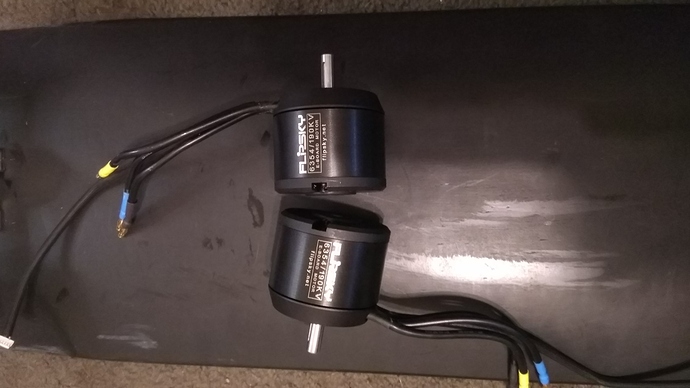 Love seeing another Tayto being built rn man! I can’t wait to ride mine

I had asked for a “Fuck Surf Rodz” engraving but they arrived without. Instead, they gave me an extra camouflage blue and black hanger, and a raw hanger for my trouble.

Nice have you chosen an enclosure yet? I love what you did with SR they prob had a good laugh

Thinking small tupperware with threaded inserts until I switch battery. Then I"ll choose something single stack both for sleekness and keeping weight down.

Did some soldering today 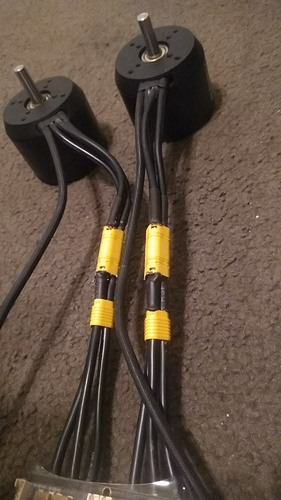 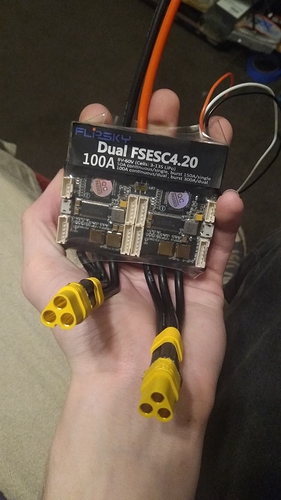 IMG_20191020_190918.jpg2592×4608 2.54 MB
And put my 97mm abecs on since will be using them till I get smaller wheels ready to go. Wheelbite even with a couple risers and the wheels on the outermost part of the axles so I think harder bushings and more risers. Screwed up and used a too small nut on one bolt and can’t get it off. Stripping the screw when I try so for now those risers are all I’ve got to work with. Already running into problems lol. 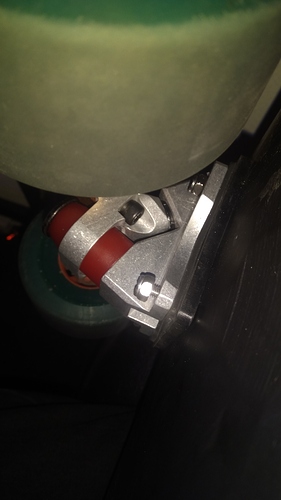 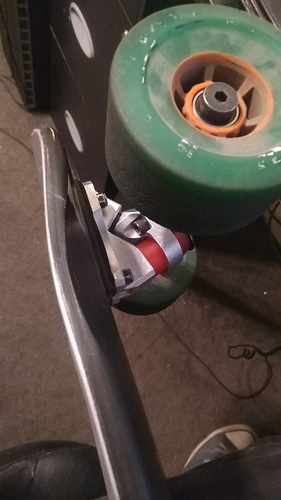 IMG_20191020_190511.jpg2592×4608 1.84 MB
Everything else is on order from TB and Boardnamics so it should be running soon. Been 5 days since I ordered the mounts and no shipping email yet so I bet TB stuff will come first even though I ordered this evening. 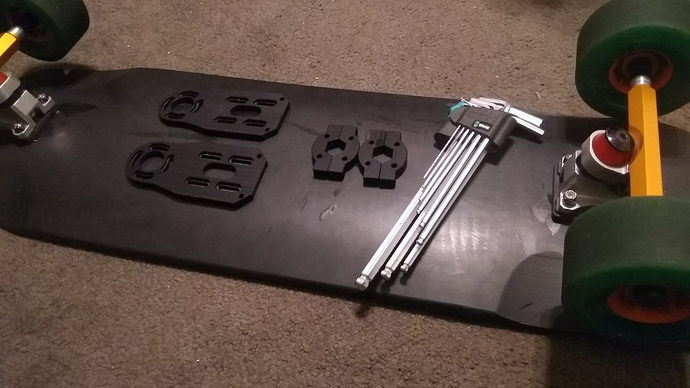 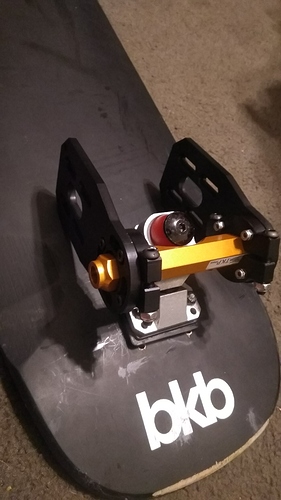 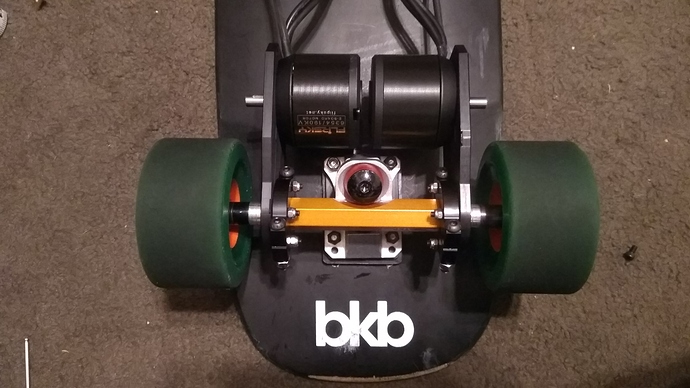 Sick, on my tayto I put .5 riser to accommodate for the mounts hitting the deck. How close is yours?

Somewher around .5 of riser yah. there’s about .35" of room between the mounts and deck. Enough where they don’t touch on full turn.

Plugged in the esc last night and no lights came on. When the motors are plugged in they have resistance to turning. Not sure if these are related issues. I’ll try with my 12s battery today if I can find the right xt90 to xt60 connector. 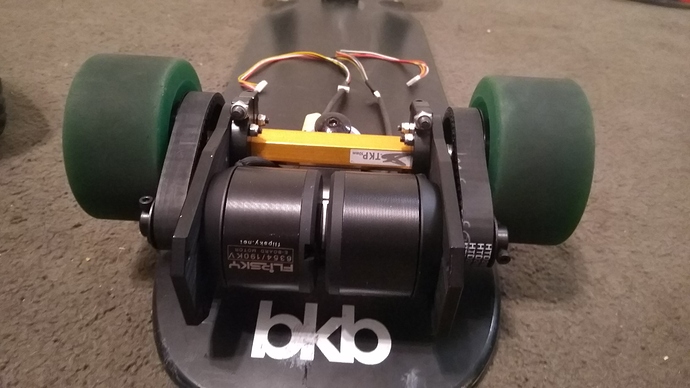 Got an enclosure and new 10s2p, this time with 30q cells. Lookin’ good. 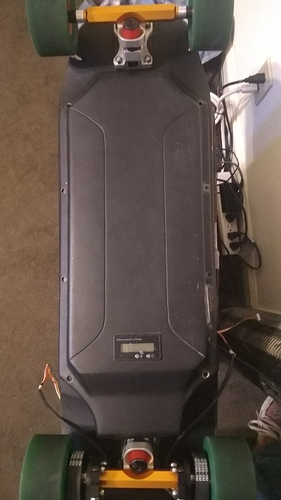 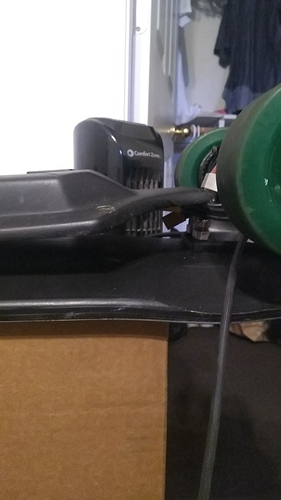 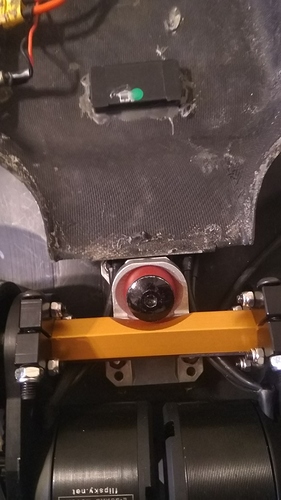 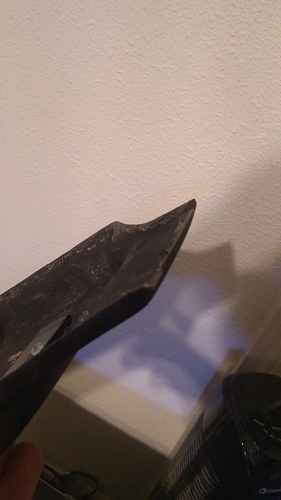 This @eBoosted enclosure requires using the long wheelbase option however and I would like to keep the shorter wheelbase (plus I can’t remove the back truck due to stripped bolt and wrong size nut). I want to cut half an inch or so off the back flange of the enclosure to make it fit so it looks like it’s time to get a dremel. I could also just dremel the nut off and move the truck back but that’s not in the interest of DIY. Either way I need a dremel.

Anything to know before removing some fiberglass? I’m thinking some epoxy to seal the edge I cut and a particulate mask for any fibers in the air from cutting.

this is a sweet little build man nice work.

This is dope. Doing the same thing with a 127mm tkp surfrodz build. (But only the rear) Kinda wish I did the front too. lol
What size shoulder bolts did you use?

I’ve got these ordered

They will just fit between my mounts with my 6354 motors.
Ordered 5 so I’ll have 3 extra if you want a pair.

Using 80mm shoulder bolts. 2x 10mm spacers, 2x 5mm spacers, and a 1mm spacer on each axle. for 31mm between the inside wheel bearing and hanger. Same setup for the front only without the extra 1mm spacer. I might narrow down the front wheels by 5mm each… Just got the 1mm’s today so was able to align the wheel pulleys just right.