Vedder and contributors have been working very hard over a very long period of time to get this fresh piece of software out before Christmas, so that you can properly play with your new toys found under the tree. VESC-Tool 6 has a ton of new and exiting features making your every day life a lot easier. I will try to give you an overview about the biggest steps forward and the most important new features.

Firmware Archive
First of all the new VESC-Tool features a firmware archive and can load pretty much any old FW you might want to test, compare or still use. We don’t recommend to use old FW but we have seen some demand for older FW support. The VESC-Tool 6 fully supports older Firmware installed on the devices, no need to run older versions, just load the old FW! VESC-Tool 6 also supports all older hardware. So if you still have some PCBs from the very first years of the VESC journey, feel free to update them.

Packages
The second major step is the integration of the PACKAGE Store.

Packages can be coded and adjusted to your needs in QML and LISP format. You can also load C- code at runtime. 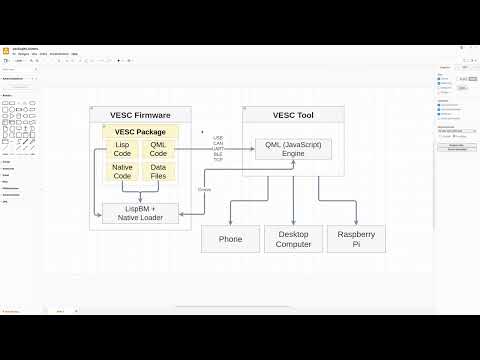 a) They keep VESC-Tool a lot cleaner while allowing you to add the features and user interfaces you need for your application.

b) Packages can be developed independently from VESC-Tool and this speeds things up a lot. Package developers can now publish changes a lot faster and independent from Mr. Vedder.
This will speed up the progress on many things.

LISP BM
Big props to Joel Svenson for his work on LispBM, a super compact coding language based on LISP. This language allows developers to max out the STM processors storage and handling capabilities. VESC LispBM Progress and Demo - YouTube

Apart from pre-made VESC-Packages, you can also load your own scripts or scripts shared by the community. VESC-Tool also incorporates lots of example scripts you can tweak for your own needs.
Examples: 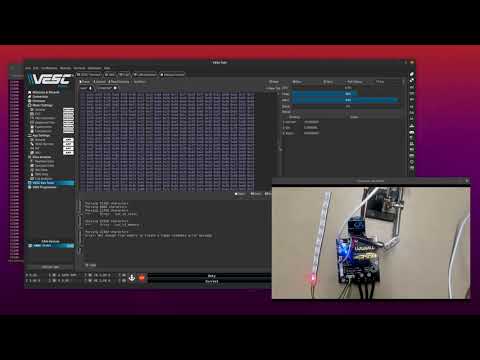 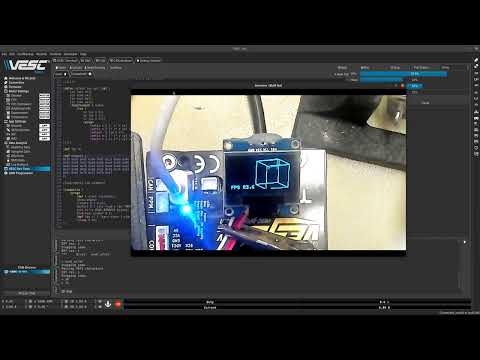 The VESC-Express also allows for permanent logging including GPS/GNSS data.

The latest invention from Vedder is now available for sale. [VESC-EXPRESS_03] We are proud to announce the brand new VESC-Express data logging, GPS connectivity, and wireless connection developer module incorporating the famous ESP32 chip with its great connectivity. This tiny device is a game changer for your permanent logging needs and high-speed wireless connections to your VESC devices. Log files can be quite heavy and Wi-Fi® or USB connections are the way forward to extract them. The …

User Interface
Apart from this the UI has seen major updates across the entire platform.
The connection page is much faster, finds devices automatically and speedy.
The start screen is structured a lot better with added wizards for many things – for example an IMU calibration wizard. The mobile app UI is now partially added to the desktop environment.

There is now a TCP hub to connect to your device from a distance. You can create an ID and a password and share this information with someone else. The other person can sit on the other side of the planet and configure your hardware or look at your log files etc. This feature is very convenient to service boards for customers, help friends with their problems or monitor your devices form far away. 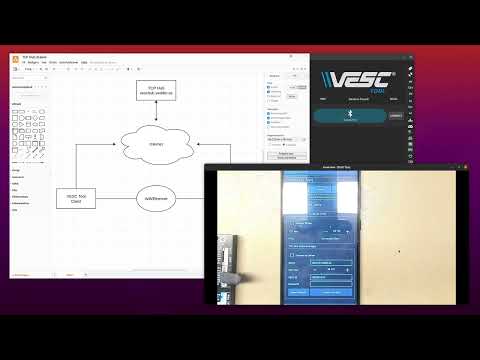 SilentHFI
Silent HFI or sHFI for short is a new method to generate 100% torque from stand still without the need for sensors. Works even without temp sensors. sHFI only works in combination with phase shunt and fully phase filtered hardware. It can track the rotor position down to 0.2 deg at zero RPM. The accuracy depends on the motor but for the typical 14 pole Outruner it is very accurate.

So basically we can do highly accurate position control without sensors now. 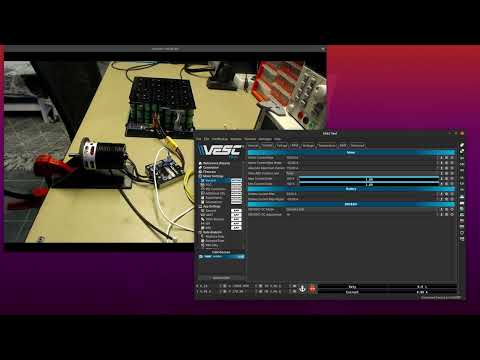 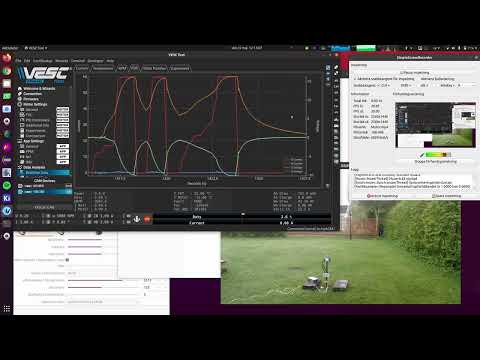 Encoder support
Quite a few new Encoders are now supported, including Sin-Cos-Encoders. 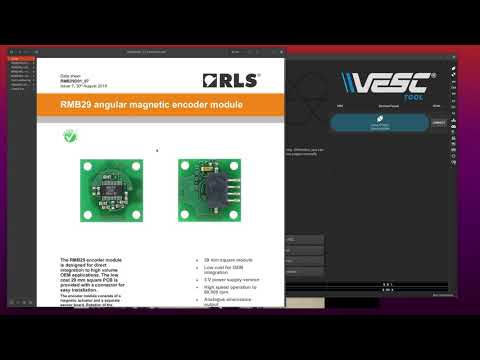 PT1000 temp sensor support
Vedder added the PT1000 sensors that seam to be quite common in some motor designs.

The Firmware numbers now match the VESC-Tool revision number! So VESC-Tool 6 goes along with FW 6.

Workflow and contributions
Here you can see all the work that was put into the new tool. Most of the contributions are by Vedder himself but there have been quite a few pull requests in 2022 and it is getting more. A big thank to all people who involve themselves into the VESC-Tool code base and development in general.
That also includes feedback from the entire community.

Donations
Please consider a donation when downloading VESC-Tool 6! In order to push things further in the future, a healthy base of funding is vital for the project.

sHFI only works in combination with phase shunt and fully phase filtered hardware.

Can you clarify which ESC’s might be compatible with this? I assume this means that no vesc 4.12 hardware would work with this

So, scenario here, I have a client build with olllld 4.12 vescs in it. It’s currently running HFI, that I tuned, and is “ok” it’s passable. If I were to plug it in here, update to the latest firmware, and use this new HFI, what kind of improvements might I see? Smoother starts? Better hill starting torque? Would smart reverse even be eligible to work properly?

All in all, this update looks reallly cool. Makes me excited to be a Vesc user and watch the platform continue to push forward

Nope, 4.12 has 2 low side shunts and will only support HFI. The VESC 6 products supports it, and the 75/300. I guess the 4.12 will now also work a lot better. Save your old settings and update and then compare. You can always go back now.

The bottom 4 modes are what’s being called “Silent HFI” as they are listed in the vesc tool. 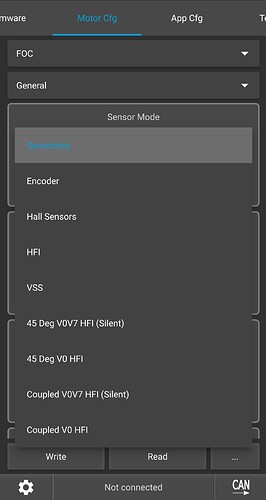 They works differently than the old HFI or VSS.

I would encourage people to try these modes out on all controllers and report back. It shouldn’t hurt anything and it’s a simple setting change. For the most part it will either work or it won’t. The only recommended setting change I’ve seen is to ensure the HFI start voltage is set to about 50% of the battery voltage.

While it may work the best on hardware with phase shunts and phase filters, I have seen it work well on a vesc 4.12 on the bench, stalling the motor at 80A with no cogging.

For most of this year I’ve been riding with an older vesc 6 without phase filters using Silent HFI “45 Deg V0V7 HFI (Silent)” and it’s pretty amazing. I would even say it’s better than hall sensors on that controller.

In an acceleration test, I found that Silent HFI was the same performance or even slightly faster from a dead stop to top speed compared to hall sensors. 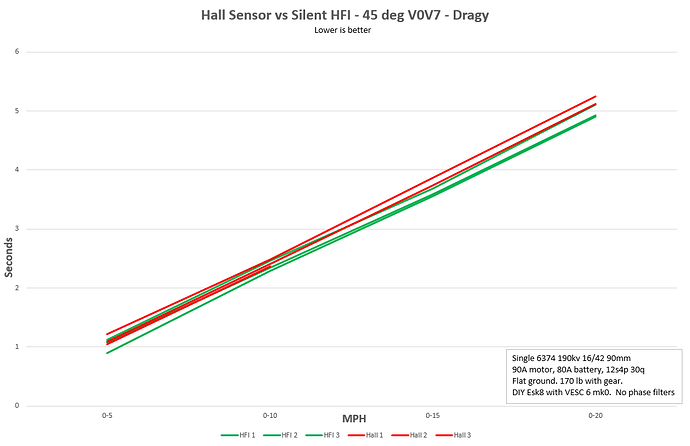 @jaykup I want to give you Franks job…thank you for that information!

@Trampa can you please comment on the differences between the 4 new versions of HFI, and what Trampa recommends for VESC with phase shunts (high side) vs battery shunts (low side)?

That’s a chapter on its own. I’ll try to open a new thread about the options very soon. The Silent options are predominantly for phase shunt + phase filtered units. They should also work with phase shunt units that don’t feature phase filters. The other HFI options work for all hardware types.

VESC with phase shunts (high side) vs battery shunts (low side)?

VESC with phase shunts (high side) vs battery shunts (low side)?

How are you supposed to know what you have

This is cool, looking forward to this new silent HFI, I have some motors that I never managed to get to work with HFI or VSS

ESCs based on the VESC - The Citadel - Essential References for Esk8 - esk8.news: DIY Electric Skateboard Forums

There is now a TCP hub to connect to your device from a distance. You can create an ID and a password and share this information with someone else. The other person can sit on the other side of the planet and configure your hardware or look at your log files etc. This feature is very convenient to service boards for customers, help fiends with their problems

updated the app on android

connected to both boards and tried to upload new firmware

erase timed out on both boards.

Ok so i got it onto the escapes. Tried about 7 or 8 times with the “upload all” button and just kept getting timeouts.

Tried a few times on the local esc and just got timeouts.

Wondered if i connected to the other esc via CAN if that would work… Boom! First shot.

Took a further 11 attempts to get it onto the local esc. But its on!

I just tried all four of the “silent HFI” sensor options on Stormcore 60D+ with the new FW and it didn’t like any of them. On the “45 Deg V0V7 HFI (Silent)” one I also tried boosting the HFI start voltage and it didn’t seem to make any difference. HFI and VSS sensor options all worked fine as they did before (with chirping) as did hall sensors which I ended up going back to.

Font is different and small…

Bluetooth can be painful for FW updates. That’s why we worked hard on the WiFi solution. The VESC Express handles that matter in seconds. That blue bar moves fast from left to right.

On both types of escs, it has uploaded to the slave esc first shot.

I’m over 20 attempts to get it onto the master side of the d75 and still no dice.

Keen to know if others are having similar issues or if it’s a combination of my phone/bluetooth/esc.

it doesn’t even get to uploading the firmware. it uploads the bootloader and then times out erasing the buffer.

it seems really strange to me that on both types of esc it has had zero issues uploading over CAN to the slave, but struggles enormously with the local esc.

worked hard on the WiFi solution

doesn’t really help the vast majority of us using bluetooth.