Because I need more problems in my life and my motto is only mod completes, never DIY.

It was in working condition but a little weathered (to me). Tearing it down to figure out it’s flaws.

20200103_1959331908×4032 1.61 MB
Onto the motors. The famous water cooling feature. A 165x6mm heat pipe with questionable thermal compound, laid horizontally (no gravity assist). Not sure where the vapor and condensation chambers are, but if it is the usual type with each on opposite ends, all it will do is transfer heat from one motor to the other. (lol?) I didn’t do the math on this but from what I remember a long time ago, it is not nearly big enough to make much of a difference. (that’s what she said)

20200103_2005031908×4032 1.43 MB
Motor winding reminds me of a high school motor I wound by hand for a science project. This is likely the source of the heat problem. Stator fill is terrible, winding is absolutely inconsistent and not up to par for the power of these motors. Air gap at 0.5mm is not great but not bad either, so the problem ultimately lies in the winding and the heavily armored and sealed motor can. This looks like a case of okay design on paper and bad execution in manufacturing. What you don’t see is the horrible wobbling tolerance of the casted motor plate. This part should’ve been turned on a lathe for true. I might end up taking it down half a mil and shimming it to true. Lack of grease or seal also introduced rust to the mating surfaces from water ingress.

20200103_2055114032×1908 2.26 MB
This just makes me go huh. All my guesstimate numbers points to the clamp strength being far stronger than needed, YET, the fact that the cantilever axles being clamped by 8 M5 bolts (with the center 4 doing the most of the work) threaded directly into aluminium just makes me uneasy. If the clamp comes loose, only thing retaining the axle is a tiny flange and the motor wires. Make damn sure those bolts never come loose.

Edit2
While reconsidering whether I want to rewind the stator, I started looking at it in more detail. Which brings to this observation:

Aite sure I guess. Rewinding might be more trouble than it’s worth.

Edit3
A quick attempt to true the motor shell, the face plate had to be taken almost a mil off center for the shell to spin wobble free.

Edit 4
It came to my conclusion that this motor is just bad design. It has way too much power with no way to off the heat. Surrounded on all sides by 4mm of some kind of steel alloy and covered in PU, seated on a steel axle and completely sealed, it’s essentially an insulated oven. The vapor rod does essentially nothing as by the time the heat reaches the center of the axle, the stator and sensor is already overheating.

Rewinding to a lower kV would lower temps, but also lower performance. Rewinding with better fill may yield another 5% in efficiency, but ultimately, 1000+ watts in each hub that, realistically, could dissipate the heat from maybe half of that power.

I don’t want to neuter the power of these motors, so that leaves one conclusion, the motor needs more cooling. Considered the options like running statorade in the shells, but drawing the heat to the can does nothing when there is still a thick layer of PU insulating it. So ultimately, this motor needs to be vented.

Starting with coating the stator in dielectric varnish - this should offer some protection against water ingress and dust.

Edit 5
Something I noted while I considering how to remold these wheels, a decent amount of the chunking is starting from the inside lip, where the PU over extends past the motor can. My guess is the motor can is essentially acting like a shear on the ground and just slicing up the PU, which starts the chunking process

Edit 6
Finished the template and went to town on motor cooling. 10x6mm holes on both sides, plenty of airflow now. Waiting on a D140 BMS, VX2 remote and currently in progress of attempt 1 of molding the outwheels. 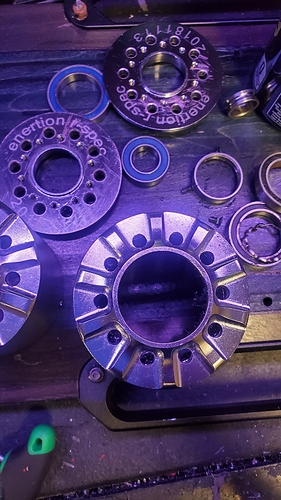 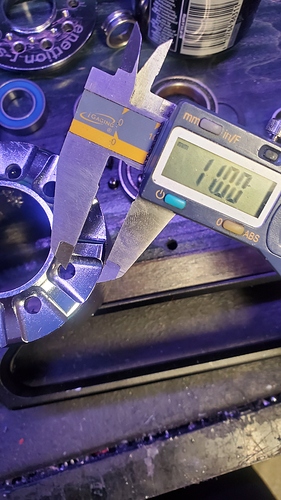 Edit 7
Pulling out the BMS and various parts. The PCB is very cleanly made. Although the PCB mounting is questionable to me. Suspended in the middle only by a few bolts, leaving the end sections hanging, likely could introduce a lot of vibration in the PCB, possibly causing much unnecessary stress on the traces and components. This can likely accelerate the failure of the part. some foam could’ve drastically helped here. 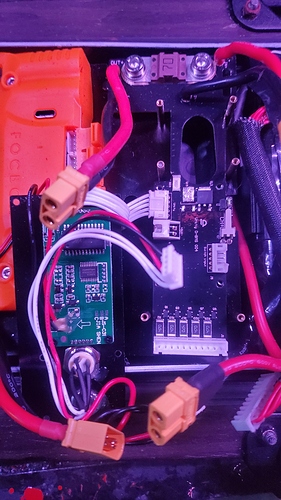 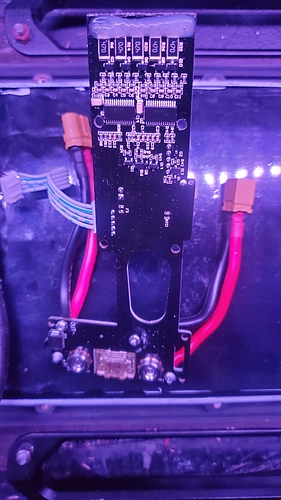 20200117_1929512268×4032 1.99 MB
Here’s my take on the final conclusion to the raptor: It is my belief that this originally was genuinely made to be a quality product. Who ever was behind the design of everything from the PCBs, to the layout, to the hubs, made it with the intention to be great. It is very easy to tell when a product is designed to be cheaply and quickly produced, and this shows no sign. From the grade 8 bolts to the conformal coating, this board was made with good intentions. But that is where it stops. Good intentions alone does not build a board. Corners were cut since the design made it off paper. From the not fully populated BMS, using a single fet, to the hubs that clearly did not go through enough testing, the off center casting, it’s pretty clear, the Raptor failed because it is the result of cutting corners in production to lower cost, and the consequences of that was not fully tested before going to market. Sometimes a quality, reliable product costs a certain amount to make, and it is impossible to make it cheaper AND great. Perhaps the board was initially priced too cheaply. Or perhaps Jason got too greedy. I didn’t do the math.

From this point I think it’s appropriate to turn this now into a build/rebuild thread. Fix what I can and see if I end up with something good. Nickname: Valkyrie.

Edit 8:
Cleaning up the wires and BMS swap while working out the urethane molds. Got rid of some failure points, will seal with silicon later. 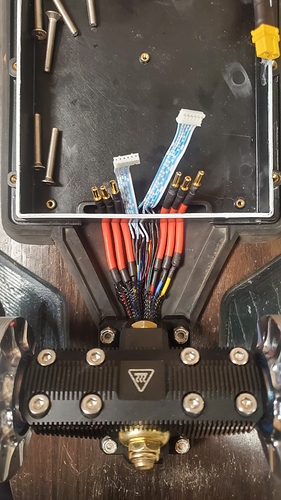 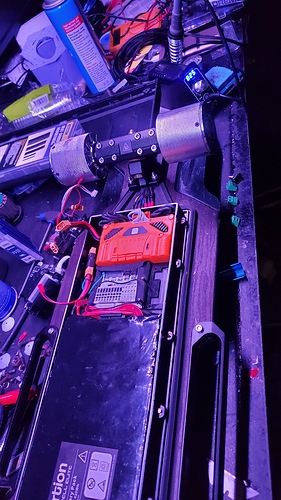 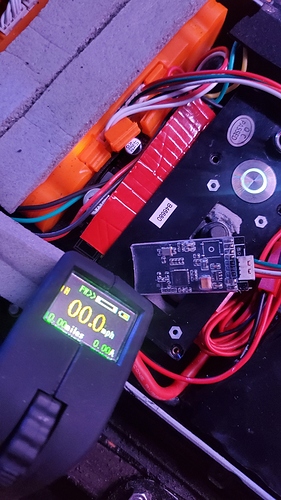 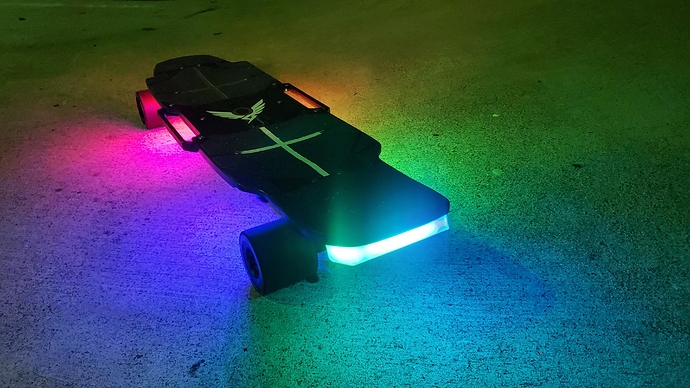 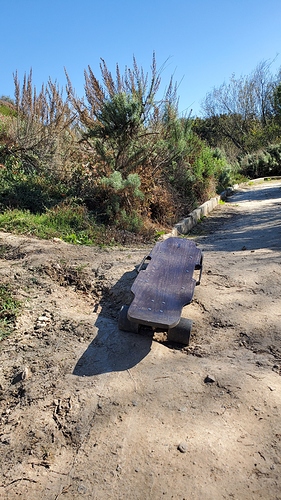 Have fun, there are many flaws to find. Watching

I think you should get new and less awful hubs

Cool project though, I hope you can get it back on the road and running like a proper board

Fuck different hubs. I wanna see someone make these things right.
One thing I’ve always liked about raptor hubs over all other hubs is how wide the wheels are while still having a narrow stance.

You totally should’ve worked for Enertion. Sorry. Meant to say: Be an unpaid intern for Crapnertion.

Awesome! You rip this thing off

I always wonder why brands got no better ideas to mount the motors to the trucks like meepo does. Last shit on earth imo. Even if the motors could handle all heat them motors will break right off from the truck by weak forces of impact.

many NEW flaws.
fixed that for you

Amazing to see the quality difference between motors. That looks like a monday or friday product.
Waterproofing:
Make sure you glue the display seal into place on the cover, water ingresses no matter how hard you screw the cover in.
Clearcoat the motor pcb in back (main shorts and ingress problem) or try to leave it out if you can.
Quality issues:
Replace the motor bearings for some quality ones, they will allign better an make less noise.
Charge only BMS is the way to go, although I would replace it with a small quality BMS that’s up for hard inbalancing problems. (In most cases my Bestech BMS would revive the packs the enertion BMS’s couldn’t)

I’m trying to open one of my motor. IN your opinion, when it turn, it manually turn it make a big chunky click sound and the motor cage move of 3mm in the axial way. My opinion is a bad or failing bearing. What’s your’s?

Sounds like a bearing exploded. It’s a solid axle and there’s nothing to give other than bad bearings. You should be able to visually see part of both bearings on either side without taking it apart. Should give you an idea what the problem is. Go easy on the 5 little torx bolts holding the can together, if they strip you’re going to have a really bad time.

Because I need more problems in my life and my motto is only mod completes, never DIY

Thanks for the answer. Fanally I opened all the cage and disasable de rotor from the stator. Bearing are aligned well, the bigger one turn sandy but good. Look’s like a fit in the motorwho is not tight. There is a gap between cap and outer bearing.There is spring washer but in my opinion, it’s nor normal how the stator can move over the rotor… In your side, the two motor are stiff?

So which bearing did you buy for the bigger one?

Yes, the spring washer should be putting enough tension to hold the can stiff against the inner bearing. If either bearing has any significant play then they should be replaced. I believe the larger bearing was a 6805 but I’m not 100%, I can double check it when I get home later today

Is there any play in the stator? It should be solidly welded to the axle, the bearings pressed on to the axle too, those should not be able to be pulled off by hand. The inner bearing should be seated nicely inside the can and the outer plate has a gap with spring washers to load the bearings. The washer should have a decent amount of tension pressed in

Ah nice, I will wait for your double check! Thanks! 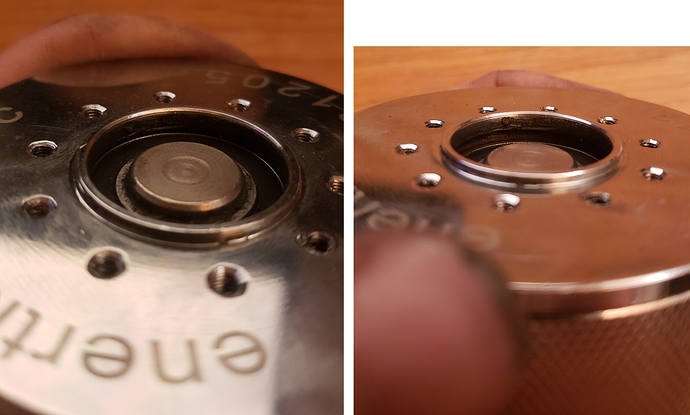 That is a lot of gap, something definitely failed, I’ll get back to you later on the bearing size