Im looking for some feedback regarding this battery from hobbyking : https://hobbyking.com/en_us/turnigy-high-capacity-battery-20000mah-6s-12c-drone-lipo-pack-xt90.html

Anyone using this battery ? And is it any good ? I´m thinking about how well it performce, and does it actually have about 20 aAh of capacity. Is the lifetime good.

Some guys over at the efoil forum use it, some with success, some burned it up. They tend to puff if operated at or close to the rated specs. It really isn’t a high discharge lipo. Use Graphenes if you want reliable high discharge.

What is the best brand of lithium batteries and lipo?

In my experience with lipos all have overstated discharge rate but the best ones I’ve used so far have been gens tattu lipos.

What is the best brand of lithium batteries and lipo?

Yeah… I have grate result using graphenes for high load. The thing is, I need batteries for my electric gokart. And these are 20amp which is nice. My plan was to make and compact 20s2p out of these. But maybe I Should go with graphene instead. I will loose some capacity though, and they are more expensive Vs. Capacity. My controller btw. Is set to 180 battery amps.

When I was flying racing drones, Tattu batteries was not very good. But I dont know if those bigger packs they make are better.

In a 2p configuration you probably would be fine. But you never know with lipos.
As far as I know Tattus are basically the same cells as Turnigy Graphenes, but not sure.

How do you make a 20s battery from 6s cells?

That said, I’ve only used their Graphene batteries, so not much input as to reliability or capability. This won’t ever get you to 20S though.

Thanks guys…
I think I stay with graphenes
@Soflo I take one of them apart, and make a 2s out of it. 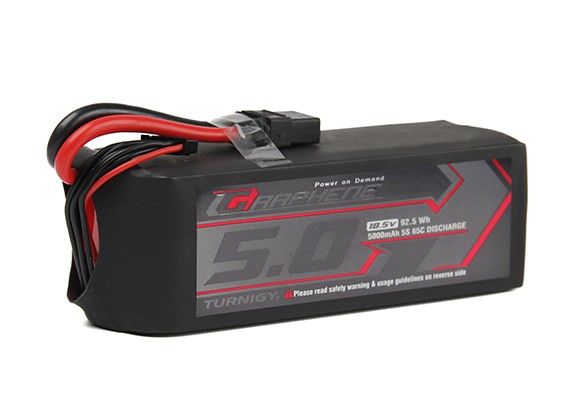 At the moment i’m using a DIY battery, build out of pounch cells in a 20s2p config. They can deliver the amp needed. The problem is, that I have limited space on my gokart. So 20s2p out of pounch cells (spim08hp) only gives me 16Ah. I need more capacity, but at the same space. Thats why I think lipo could be the answer. 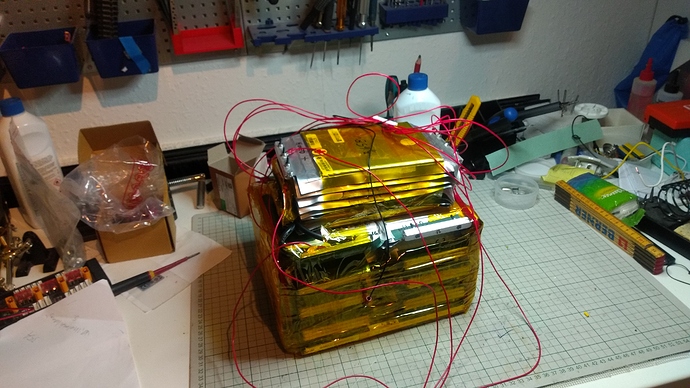 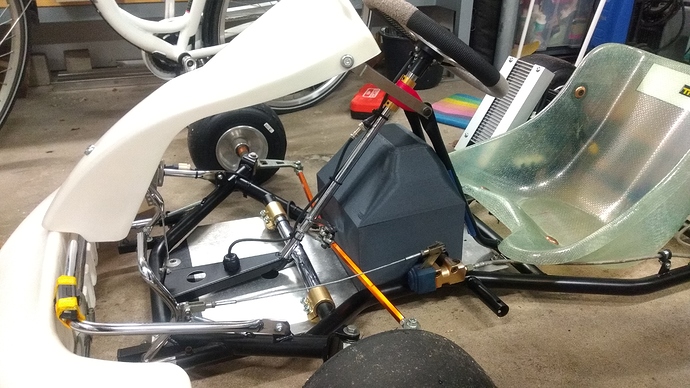 And at the same time, when going full throttle, can deliver 180amps with headroom

Details dude, we need it. What ESCs, motors, current etc?

That’s sick!
I think the trampa guy use them in the monster box. As min i remember have Seen it somewhere in a video of them. Maybe @Trampa can say something to it in case they do use them.

I personally never used them but i would rather stay with 2p 12Ah graphens or 2p 8Ah graphens if your budget allows it.
You mentioned not having the best experience with small tattu lipos, but non the less you might want to have a look at there 14Ah packs. They longer than the usual packs, but also way cheaper than there other big packs.
@Arzamenable is running them and seems he is happy so far with there performance.

I’d divide that number by 5 because manufacturers of lipo exaggerate A LOT on discharge rating. Take a peek at this line of source code from the calculator linked above:

I’d divide that number by 5

That’s a bit harsh and it really depends on the brand but I would agree with realistically take round about half of the claimed discharge current as a good value.
There always brands like multistar thou where 12C is really just 3-4C in real life

Turnigy Graphene specs have reportedly been quite accurate.

That might be right for the cells but do you think the 10AWG wires and connection taps would hold up if you would do a full discharge cycle on a 5Ah 60C graphen pack with 300A load?

I use 4awg on my gokart.
One of the reasons why I want to make it 2p

But seriously, maybe you want to write up a small build thread of your go card? Think that would be interesting to read for a lot of people here.