I built this a few days ago so I could traverse the trails in the big park in my town and it performs wonderfully. It’s mostly hard packed dirt & stones (or muddy when it rains; which is like half the year), gravel, and asphalt. The single motor works fine for me since I’m a light dude but I can see myself adding another down the road for better traction and braking off road because if you pin the accelerator it’s likely to skid. Stops on a few dimes on streets though.

It’s going too get wet occasionally be it rain or mud so I took a few steps towards water resistance. I hot glued all the nooks and crannies on the focbox as well as wrapped it in a bag for extra protection until I get it in a box. The top mounted battery box should be good too with a silicone seal and 4 screws. I hot glued and ABS cemented the connectors tot he lid so no water should get in through there. Water ingress through the cables is a concern albeit not a large one since I don’t plan to go through hurricanes and my wires are fairly out of the way of splashes. 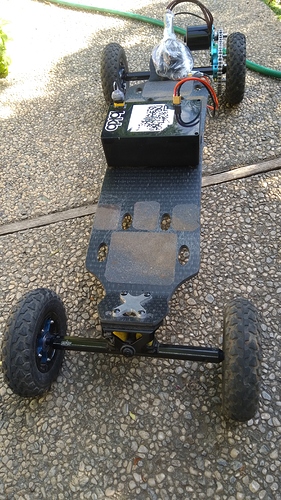 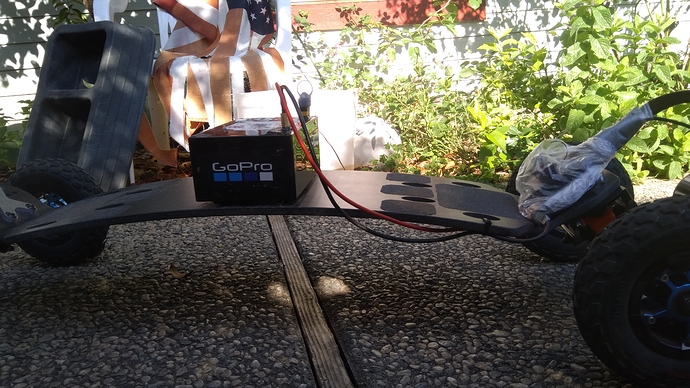 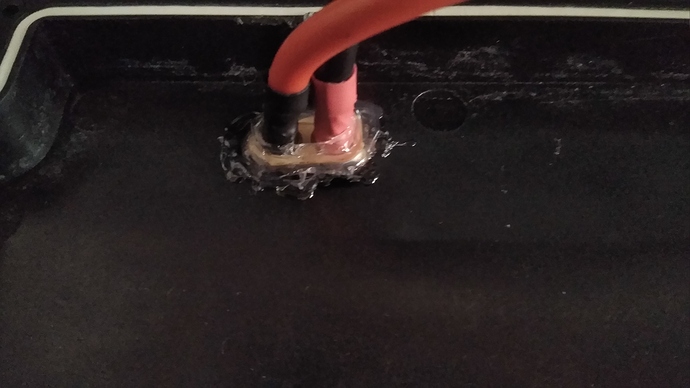 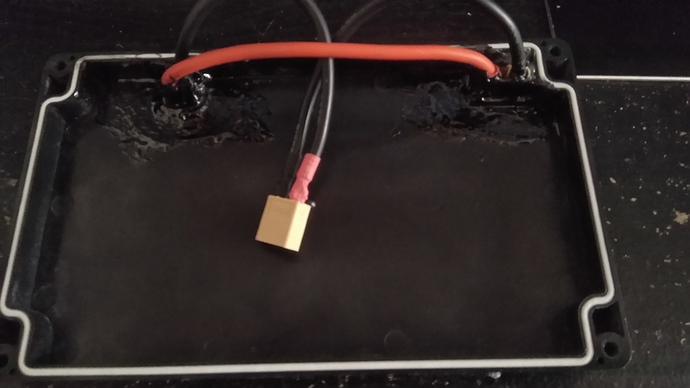 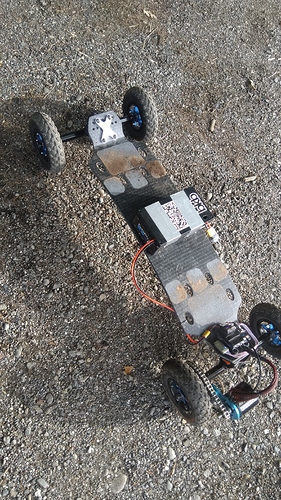 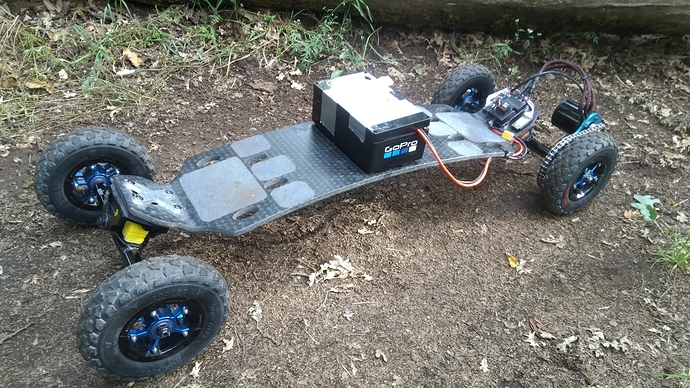 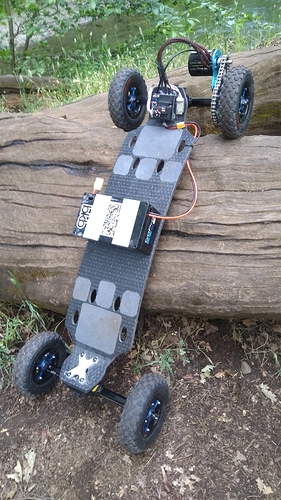 wow. I really want to make a trampa AT build but never have had the courage.

The courage to build one, or to off road and risk hitting a tree root and fly off?

The assembly was pretty straightforward and off roading is very fun. As long as you’re not a lunatic going 30 down a narrow trail I don’t see a problem. At leas there’s no cars to hit you.

it just seems so much more complicated. I even made a parts list and everything, but already had one build on my plate.

Finish what you’re working on and enjoy it, and by the time you’re ready to make a mountainboard build you will have all the skills and experience you need.

thanks, i’m slowly buying the parts i need for my third build.

I see, converse are the best for off road

Whelp, I made a mistake and didn’t link my chain properly. Going round a corner and the master clip flew off never to be seen again; I looked for like 20 min! Gotta make sure to have the other side plate and not just the clip I think.

I have 4 in the mail, now I’ll have spares. Thank god it didn’t happen out in the park where I would have been stranded instead of a short walk home.

I don’t know if it’s like a mountain bike chain but I always use a chain breaker on my bike to make the join… the clips never survive long.

Yah, looks just like a bike chain to me, ISO6 British standard. I’ve never worked with chains beyond my bike one getting loose.

I might have to try that if I end up losing these down the road. 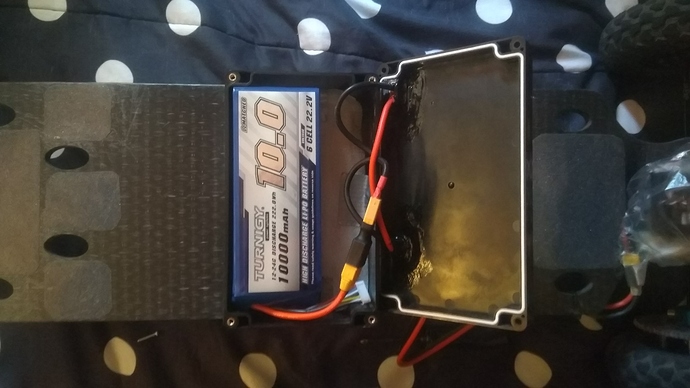 Uh oh, I was deep in the park yesterday with my new bindings (amazing btw) and had to walk back to my car because of a DRV8302 error. IDK what caused it, I was at a stop on level ground and slowly pulled the trigger to get me going again, only it cut out and metr.pro throws up that error when pressing the throttle. I’ll have to check the pcb and chips but I’m not happy. Still lights up like normal and everything, just won’t power the motor.

Looks fine from this side. 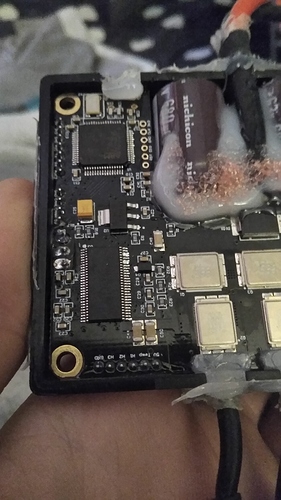 Well Mr. Wizard probably won’t be able to fix this is in time for Colorado so I just ordered a new Maytech 100a vesc from Psycho.

Damn, my bank account isn’t gonna be happy with me.

So it’s been almost a month since the last update and a lot has happened.

First, I was able to replace the vesc with a Maytech 100a from Psychotiller in my hotel room the day of the IMI motorsports dirt track in Colorado, so timing worked out great. TSA was a bit confused that I had that and both the Matrix trucks in my carry on lol. They swabbed it for explosive residue. As far as the new esc, it performs great. Battery amps cranked to 70 @6s and had no problems as opposed to the focbox that died at 65 amps. I just wonder how long the esc anti spark switch will last.

Once I hit the dirt track with it it performed wonderfully. A bit slow and not much traction with only one drive wheel that kept spinning out on the big hills with loose dirt but once I deflated the tire a bit from 50psi it got a lot better. Sadly I only have a few laps recorded since I forgot to turn my camera off and the battery ran out. Had a lot of fun nonetheless.

Big thanks to @Arzamenable for letting me drain one of his spare lipos while mine was charging. No way would I have been able to ride as much without him.

Speaking of batteries; mine is absolute trash. Worked fine all day but when I went home to charge once cell wouldn’t read any volts and the balance charger didn’t want to charge because of that. I looked at the balance wires and didn’t see anything bad so I’ll test the cells with a multi meter soon. This has convinced me to swap to an 8s12p (probably) pack once @eBoosted finishes the new Trampa Carver double stack enclosures.

You are a lucky one!, just finished 5 minutes ago 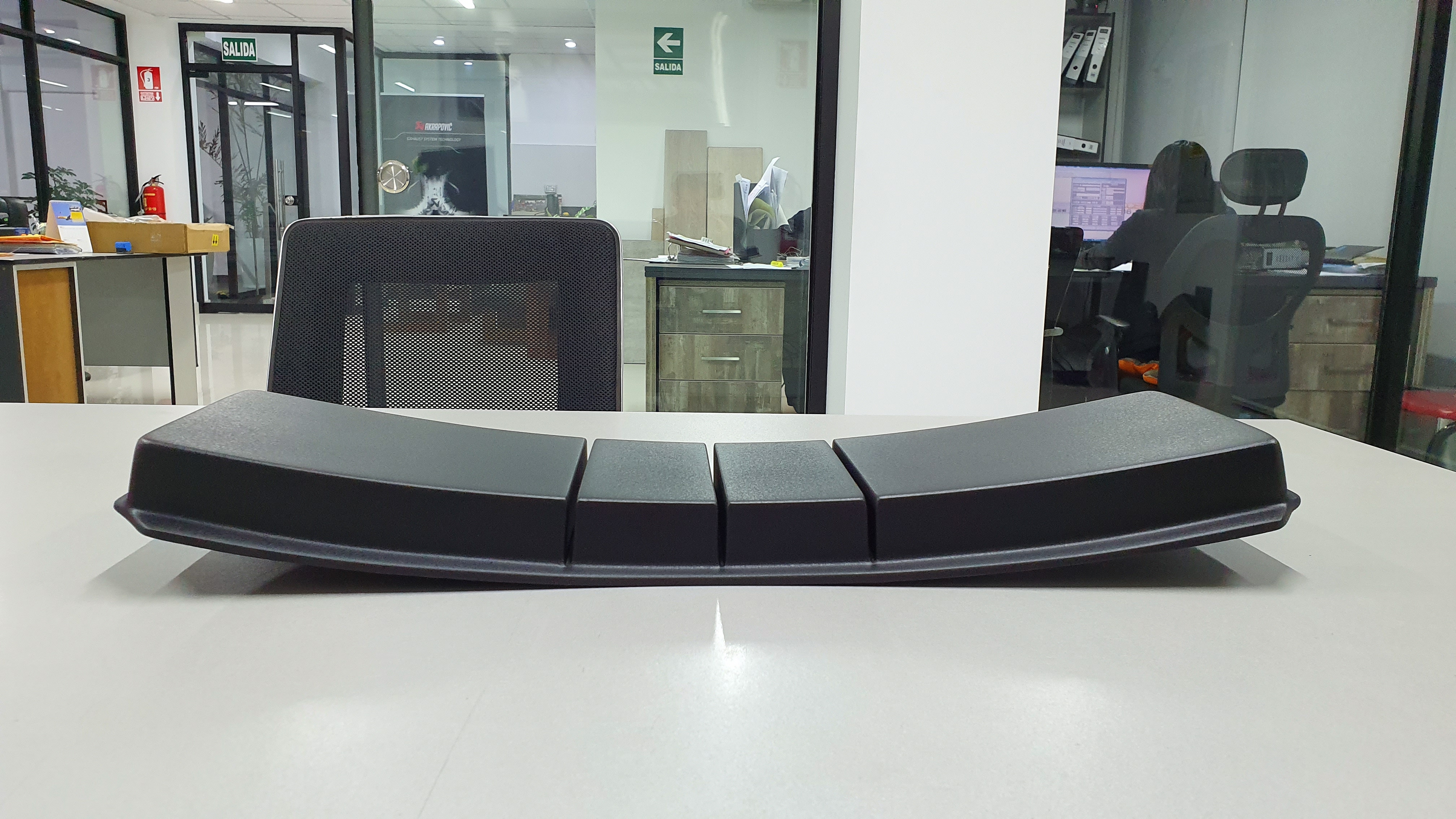 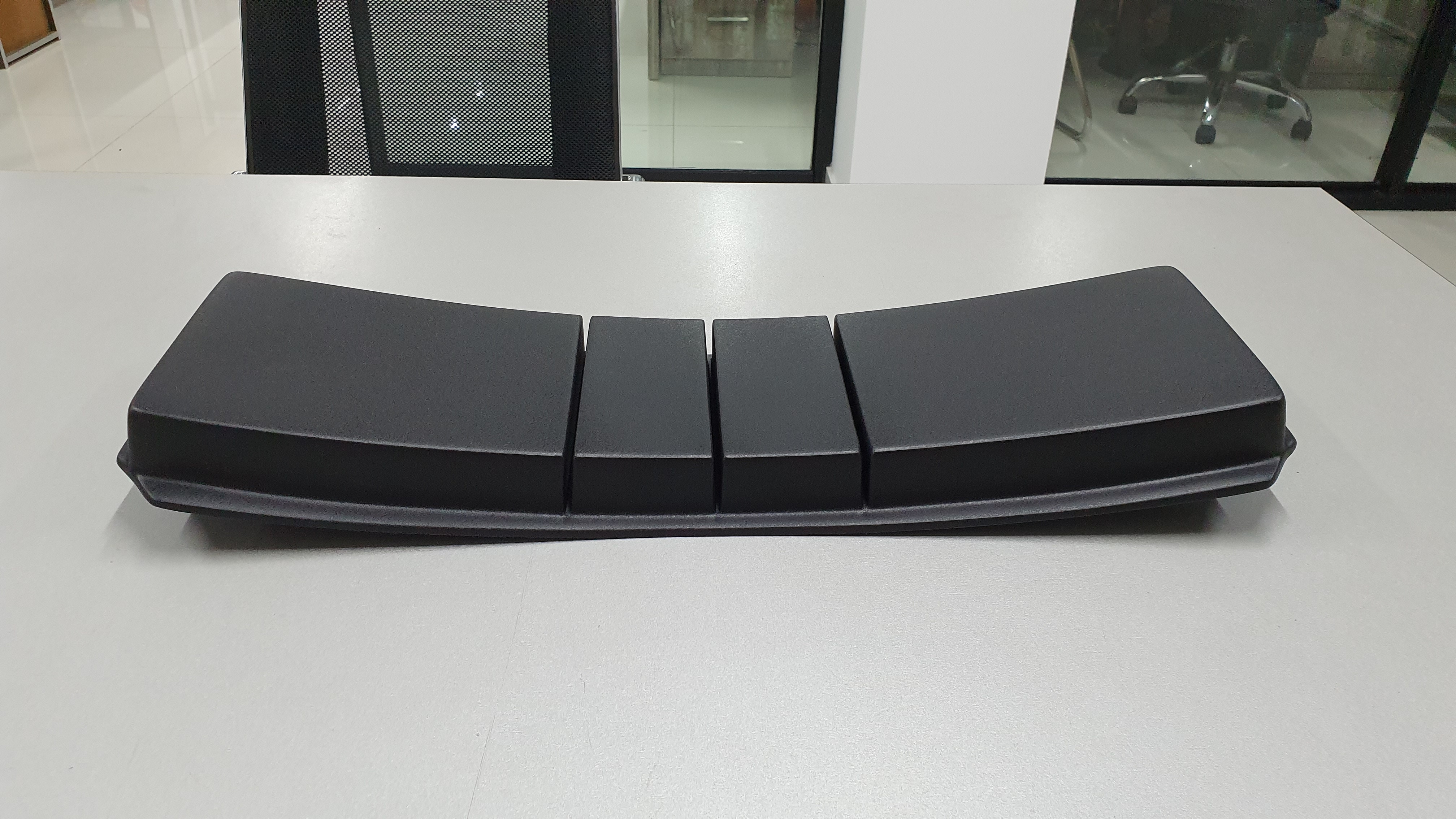 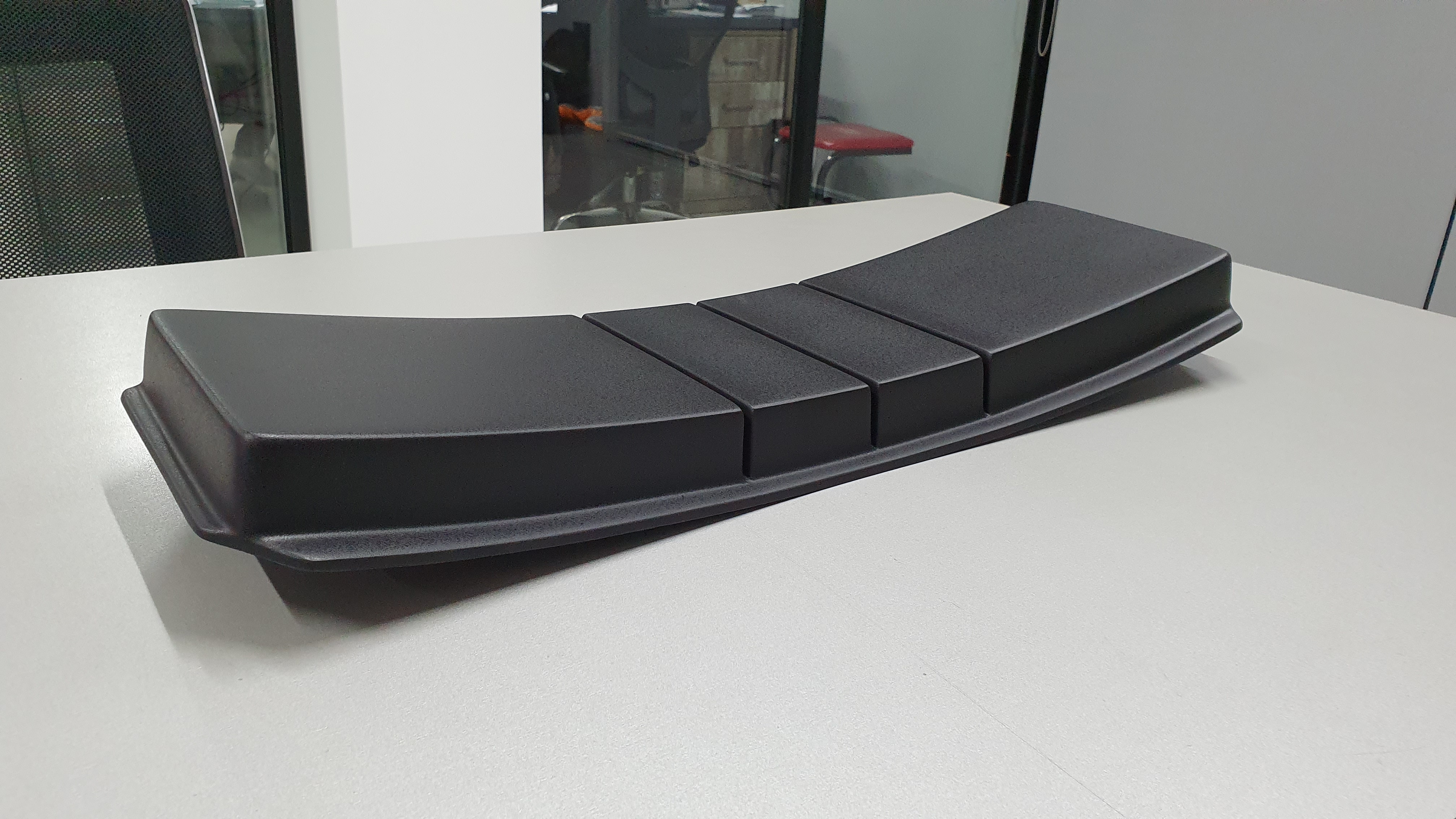 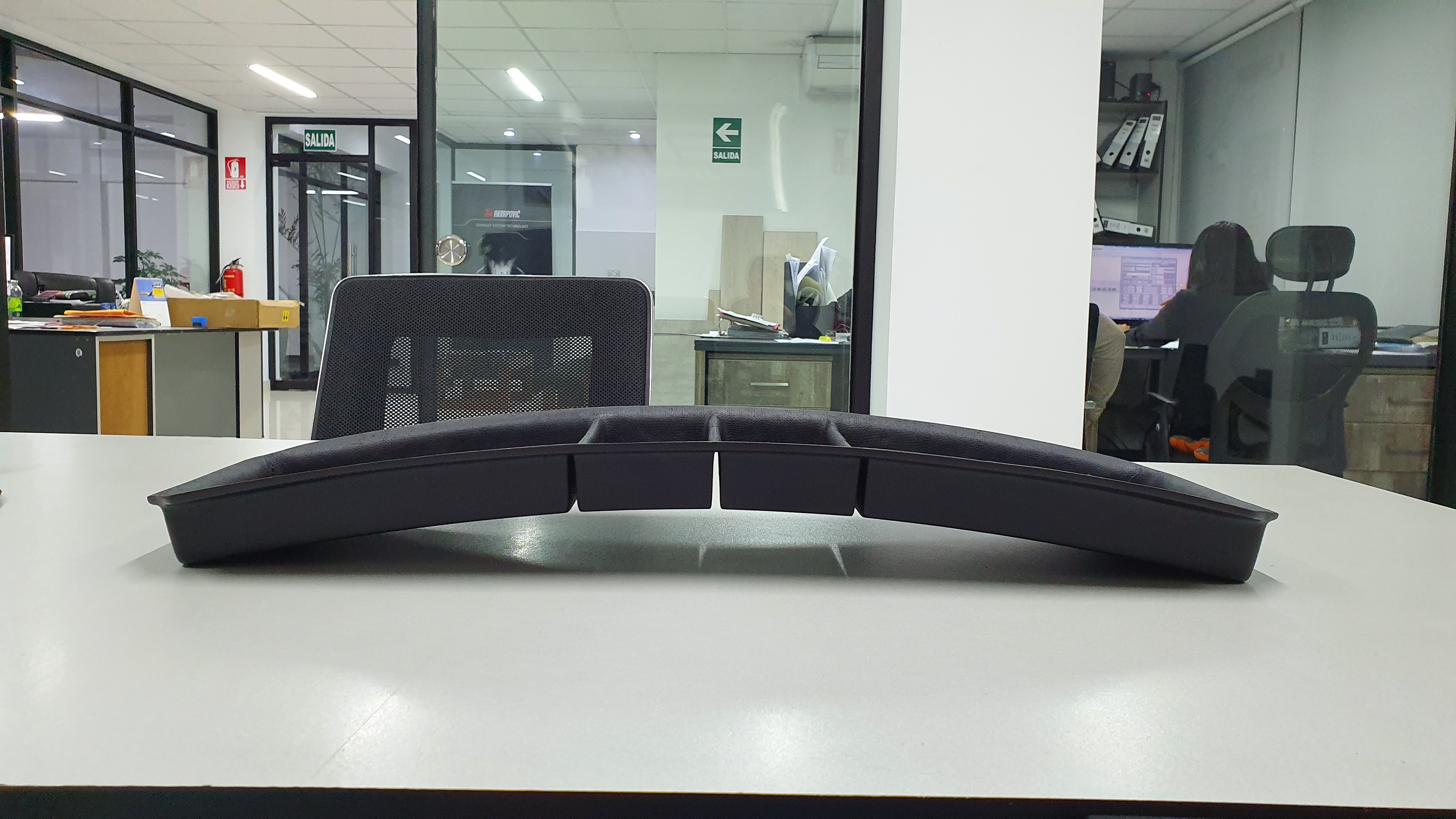 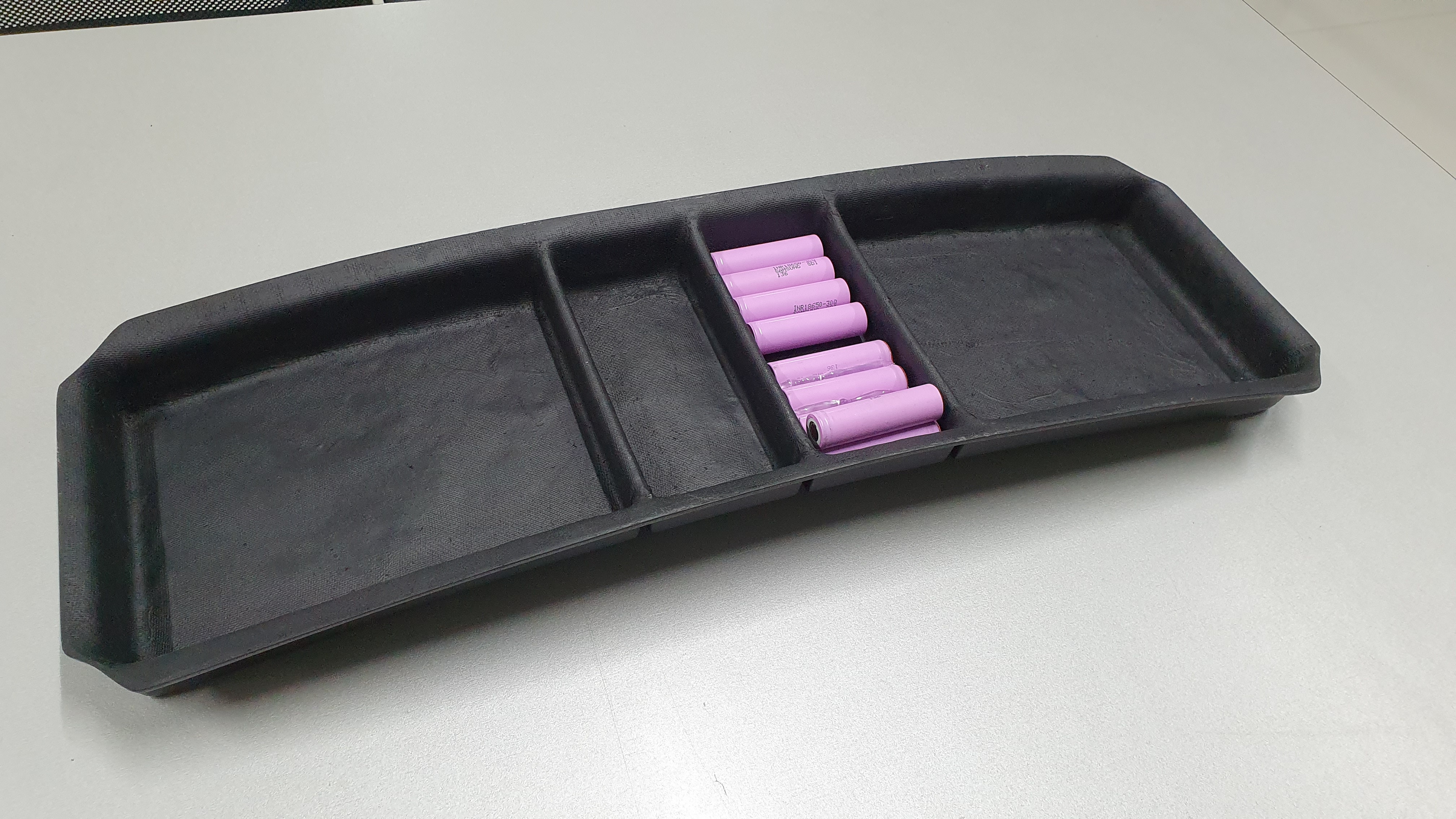 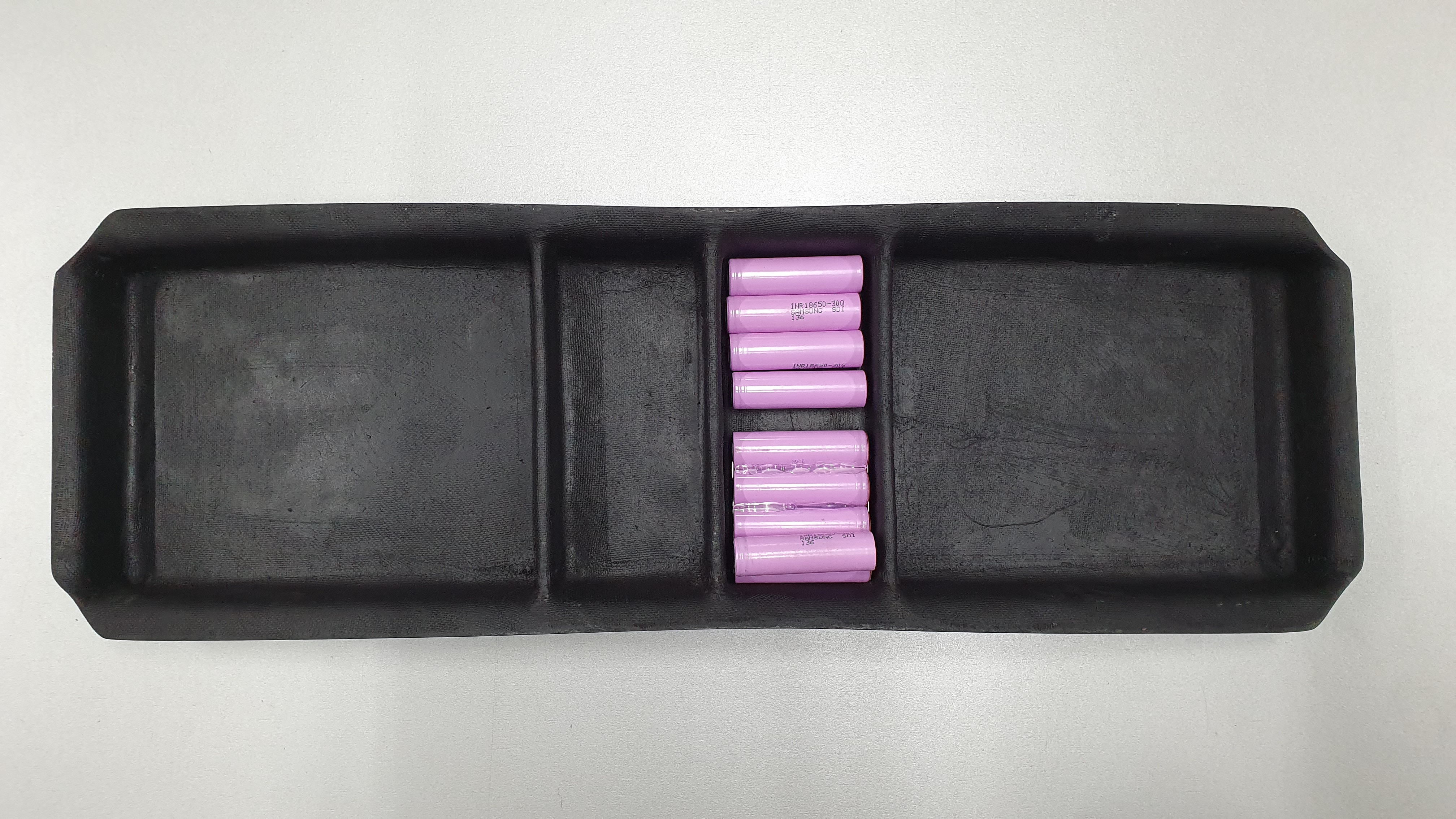 My wallet is ready

and so is my body

The enclosure is ready for purchase since today! 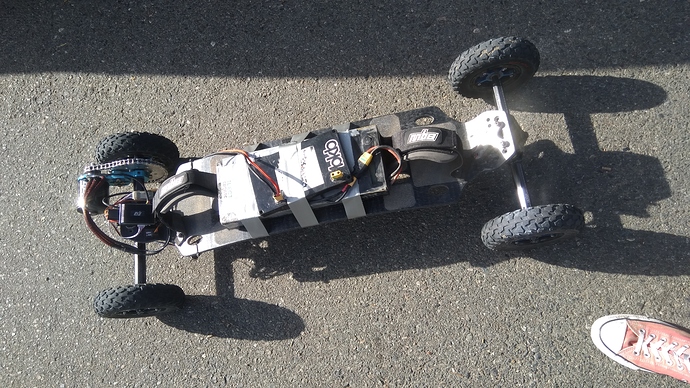 I stole the 12 battery from my other build temporarily because this is so nice to ride and I have to wait for new batteries. However i keep getting motor over temp cutouts because it’s so hot here and the 1/4.2 gear ratio is a bit stressing for this single motor. Problem is that it’s the steepest I could go without making my own sprocket with a drill press. I can swap to 7" tires to help a bit but I like the 8 inch ones I already have. 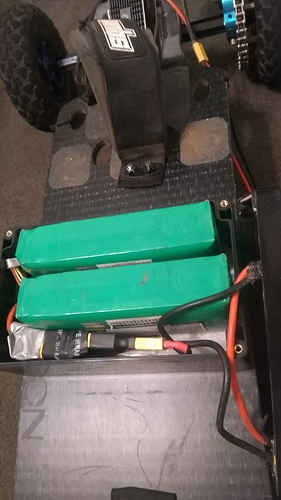 This config tops out around 23mph when the borrowed 12s pack got me about 30. 6 miles and each pack voltage went down about 1.5 volts so that’s pretty good. I can probably get about 8 or 9 miles out of this without stressing the cells.

I’ve also loosened my bindings a tad and now have no issues. They lock me in yet I can step out/in with no issues like in my dirt track video. those were way too tight lol.