Bill Gordon has more boards than the Sexway X1-Pro? Yes, fuckos—a few others in fact—but none that deserved to see the light of day before. But all that has changed thanks to a gentleman with a delightfully firm pair of buttocks.

You see, instead of manning up and doing all the work myself, I threw a pile of parts and dickspurts of money at @linny, and after he made me do a few other things I don’t want to talk about, he agreed to take it on.

I even made Linny do all the photography LIKE A BOSS.

Starting with the deck:

I always liked the TB40 series because it reminded me of the Hummie (one of the things on my esk8 parts bucket list), so when the formless, gelatinous mass we like to call Andrew offered to send me one he had lying around, I accepted his offer with open legs.

It came in pristine condition, but after talking to some other folks about this version (there’s also a V2 version that incorporated a few needed changes), I discovered the V1 has a tendency to split at the mounting holes like this: 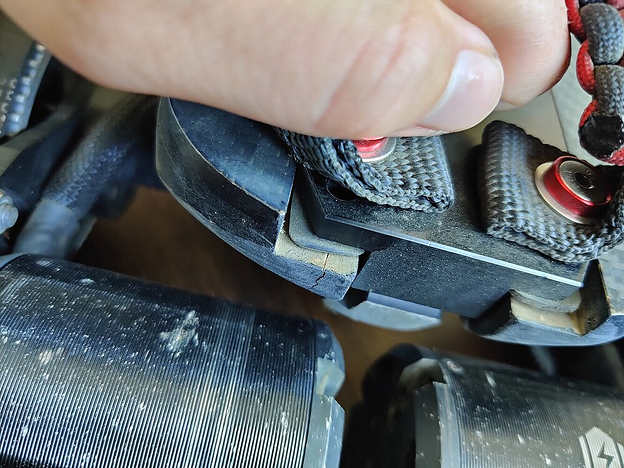 My original thought was to use some resin blocks to strengthen the area, but this was quickly exposed by some esk8 frens to be a terrible idea that made no sense. Shame, because I loved the look of the red resin blocks Linny crafted for it:

After consulting with Linny on a better solution that will hold up in the long run, we determined that the drop through couldn’t be saved, so we committed to top mounting and filling in the gap. (We also filled in your mom’s gap. Burn.)

To accomplish this, Linny cut up a bunch of fiberglass and mixed it with resin to create a permanent fill that should last the 5-6 years I have left on this earth:

Linny even found a way to incorporate the resin blocks I still loved like so:

The fill looks to have done the trick, and there’s even a cool swirl that resulted:

No material was wasted, as Linny used the remaining glass and resin material to make himself a Justin Beiber fleshlight.

Then it was time to tackle the enclosure. First, Linny sprayed it with some fine bedliner, which in addition to looking great, added a little firmness to the borderline flimsy stock enclosure. Linny also took this opportunity to print and bedliner an awesome loop key solution designed and kindly shared by the one and only @glyphiks :

Since we were going with a 12s4p 21700 pack instead of the 18650 the deck was designed for, the deck also needed to be carefully widened to accommodate the battery. Linny used a router to shave the bare minimum needed to get the battery sitting pretty and snugly.

The battery itself is nothing special, but built to full 2022 standards and paired with an LLT BMS. 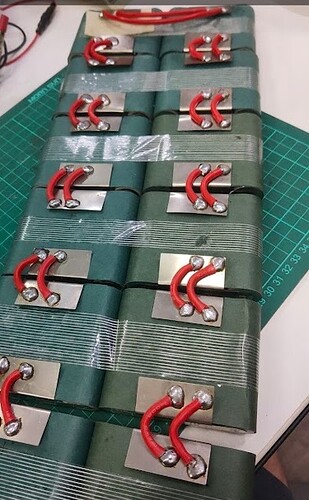 Mounting the enclosure was also a bit trickier than we thought originally. The V1 TB40 came with the inserts already in the deck, but the sizing relationship between the hole and insert (I have the same problem with @glyphiks) was not ideal. So a few of them spun and one fell out completely.

So Linny broke out the JB Weld and got that shit sorted once and for all:

Now it was time for bedliner and paint. Linny carefully covered up the resin plates and gave it a thorough spray down, not too dissimilar from the techniques we use at our Golder Shower Get-Togethers:

Once the bedliner was down and dry, it was time to paint this bitch a nice shade of red:

For the ends, we contrasted with a black background to let the resin plates shine like a diamond:

Then it was time to get the FreeSK8 logo laid down:

From this point, it was a simple matter of bolting on the already-intact drivetrain and setting up the pair of TB6 @wandagoner hooked me up with, and this baby is ready to ride on over to your sister’s place!

So a huge fucking round of applause goes to @Linny for all his excellent craftsmanship and hard work! I’m pretty happy with how it turned out:

I’ll now take a few questions from the audience:

Q: (from Deckoz) So did you do anything on this build, you oozing dick lesion?

A: Yes. I made the battery (under the supervision of the stern taskmaster known as Linny).

Q: (From Marcel) How do you keep your famously long and thick penis from getting tangled in the belts?

A: I wrap it around my head like a turban.

Sexy build, and a great read.

I had some questions but I see you answered all of them in the end of the post.

I had some questions but I see you answered all of them in the end of the post.

This is why Linny is my Esk8 hero.
Great read by the way! (Now tell Cris and Ted to finish your real ride.)

Nice job on the battery Bill.

Oooh, now I get why you didn’t drop-through mount the trucks. Sick build!

That bedliner enclosure looks phenomenal! How’s the top though, is it grippy enough?

How’s the top though, is it grippy enough?

It definitely is for me. I won’t be using anything but bedliner from now on.

Nice job on the battery Bill.

One change has already taken place:

After the world’s shittiest Clever tubes held as much air as an asthmatic lifeguard, new wheels and tires have taken the place of the Bergmeisters: 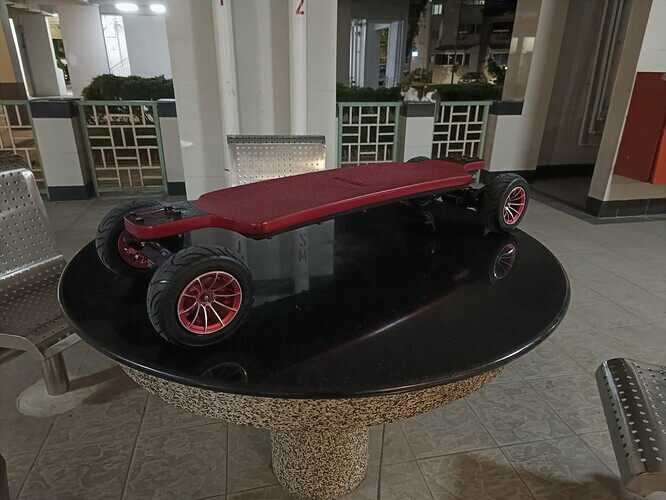 Nice.
Clever 6x2 are absolute dogshit.
Couldn’t say it before cause I didn’t want to hurt your delicate-flower feelings.

That’s a properly sweeet looking build and a thoroughly entertaining account of both the process and your adventurous private life. esk8 has never sounded so sexy!

Thanks also for explaining why that turban of yours is so mottled, threadbare and ill-fitting.

Couldn’t say it before cause I didn’t want to hurt your delicate-flower feelings.

I do cry easily, so thank you for handling me so delicately.

Thanks also for explaining why that turban of yours is so mottled, threadbare and ill-fitting.

It’s more leaky than explosive, however.

When you show @xsynatic your turban, maybe consider to wear something along the likes of @leon_deranger 's outift as well. I bet Marcel would like it, plus It would fit the total look and the board very well!

Seriously though, awesome build! Cool choice to go with the bedliner, wonder how that holds up over time

This is the first build thread that left me speechless for all of the wrong reasons. There’s a picture of a dick turban in my head now.

When you show @xsynatic your turban, maybe consider to wear something along the likes of @leon_deranger 's outift as well. I bet Marcel would like it, plus It would fit the total look and the board very well!

Sounds like a plan. I think he would like it so much, he’d bring out the ice cream and start eating it nice and slow.

There’s a picture of a dick turban in my head now.

Just remember to lock your bedroom door tonight when you conjure it up again.

Cool choice to go with the bedliner, wonder how that holds up over time

Linny has been using it on most of his boards for a while now, and it looks to be holding up quite well.