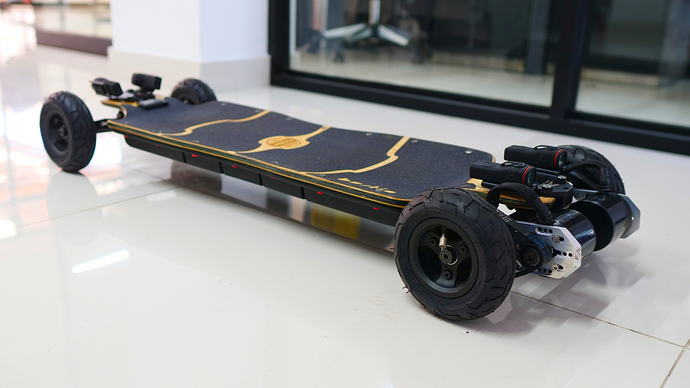 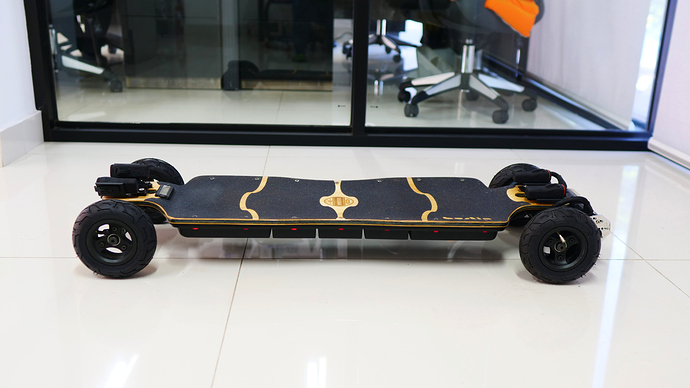 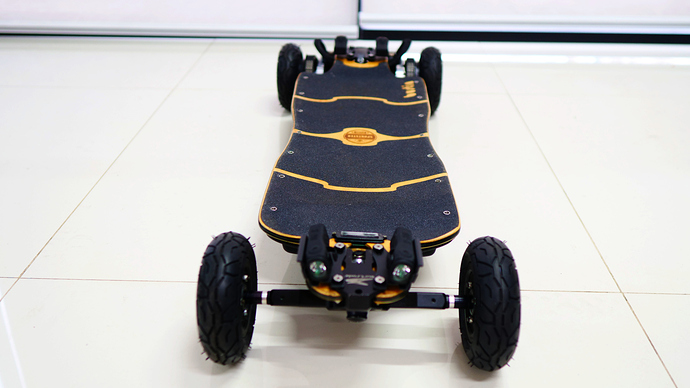 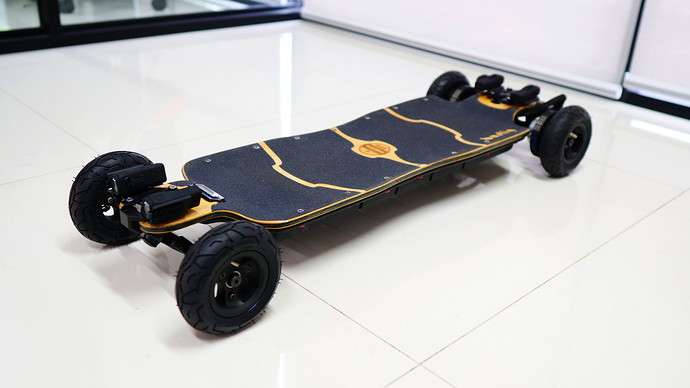 I used the Bustin Sporster deck 35" because I bought it myself on Decembre 2019 in order to create an enclosure after a lot of requests and fell in love with the shape, width, length, weight, thin profile, flex and concave.

The enclosue took me around 5 months to be completed, I made 3 versions of this enclosure: 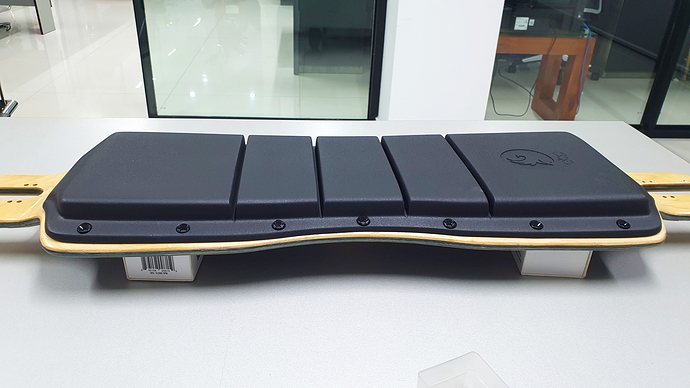 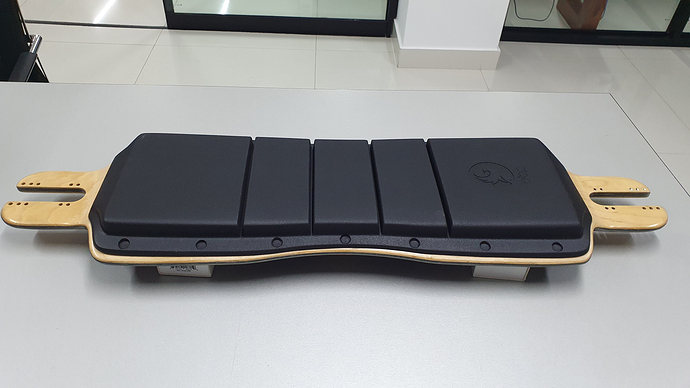 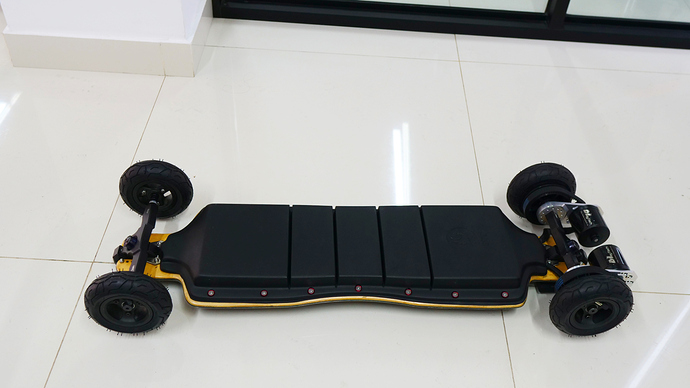 The MKIII is not for everyone as you need to fabricate additional parts, such as charge port holder, on/off switch holder and to route the deck to hold the battery capacity meter. The additional workload these tasks delayed my build quite some but the end result was so rewarding. 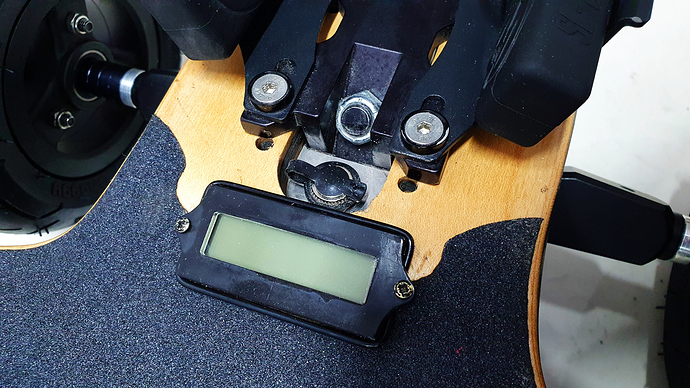 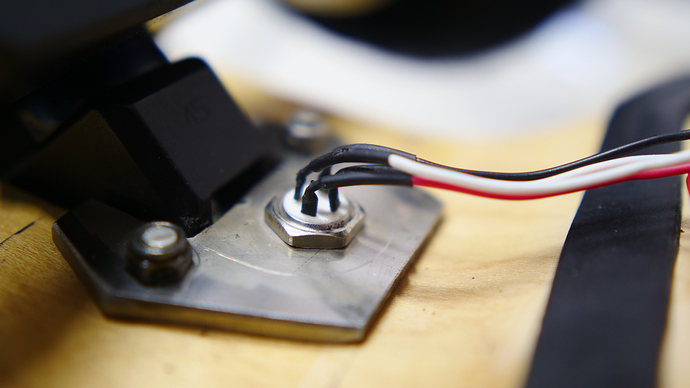 As you can see I also routed the deck right into the nose drop in order to read the battery capacity metter at all times during riding. I used an o-ring as a rubber gasket to at least try to waterproof it and hide the edgest of the routing work. 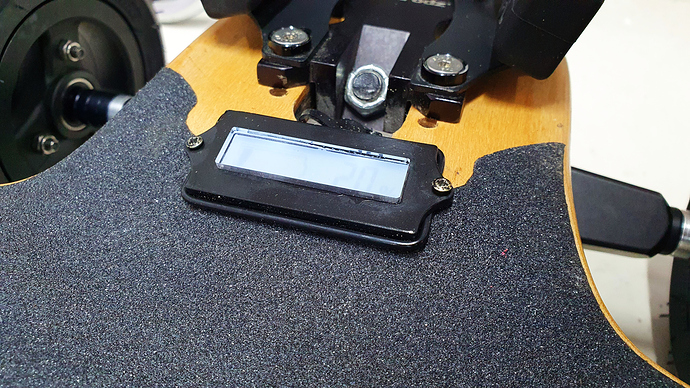 The on/off switch was positioned on the tail before the rear baseplate, I had to manufacture a stainlessteel holder and extend the wires to the Unity:

The enclosure I used was the MKIII, it features wire covers for all three top mounted accesories: 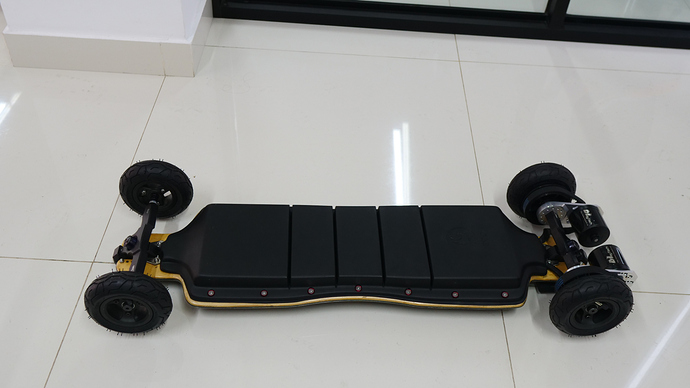 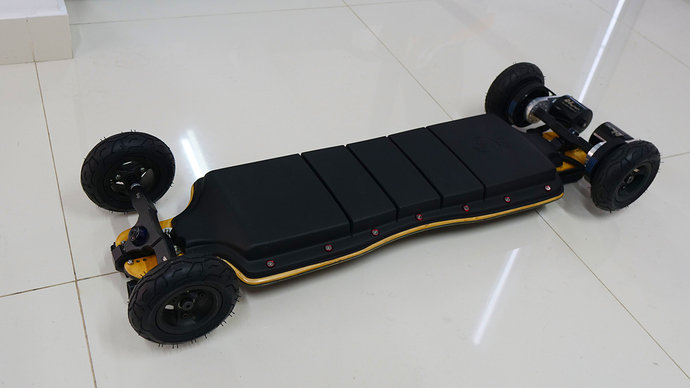 The Sporster deck is very rigid so I needed to make an enclosure with segments, more work to manufacture but more candy to the eye and safer for the battery pack itself.

I used anodized aluminum washers to avoid the bolts from backing out, the enclosure also has washer holders so they sit there for a nicer look: 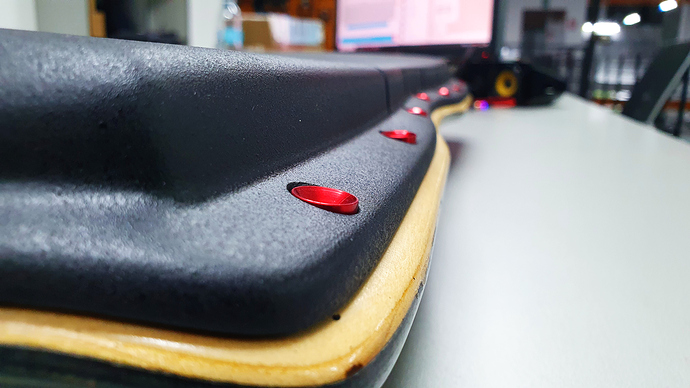 I installed angles SL-200 Shredlights, amgled in the front, flat at the rear: 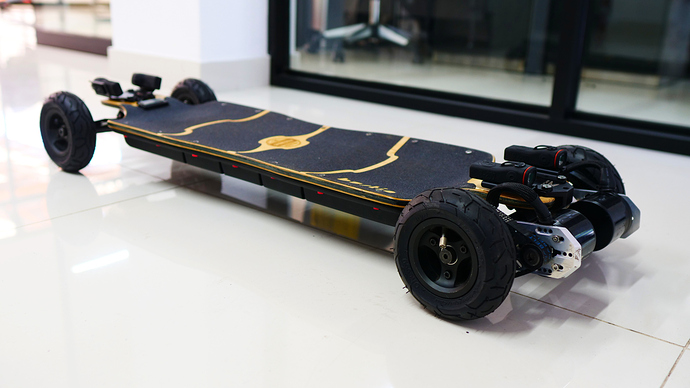 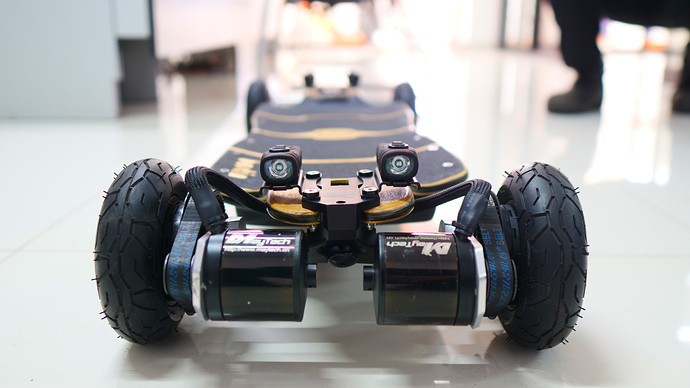 Motor mounts where provided by @XTLA 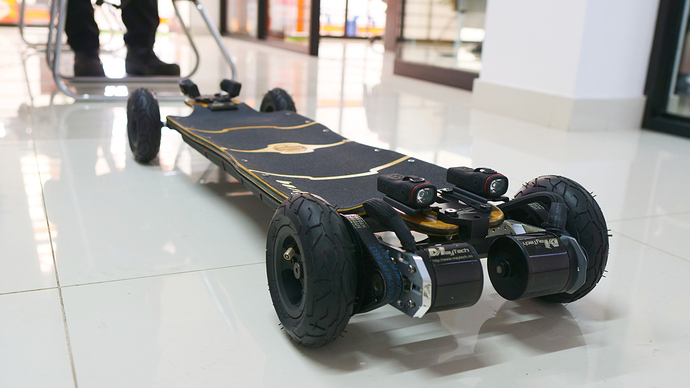 I don’t have much pictures of the guts but I’ll upload some later when I open the enclosure to make final touches. However, I’m runing 12s4p made with 21700 Molicel P42a. 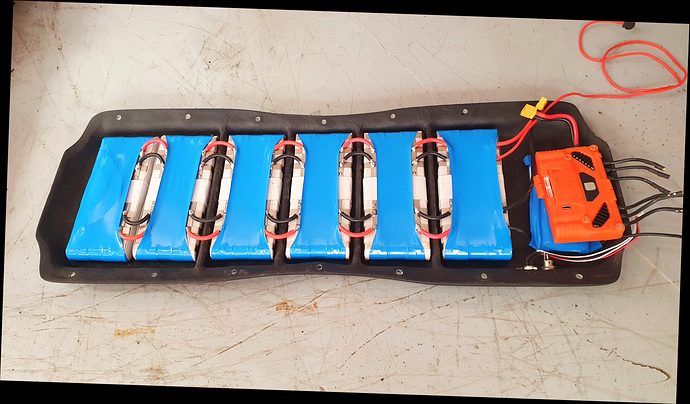 Alan your work is exquisite, great job! I think this would go well with one of the battery voltage meters that goes right into the truck, there’s some good 3D prints that would make it look even better.

Not the one I was thinking of but here’s an example. 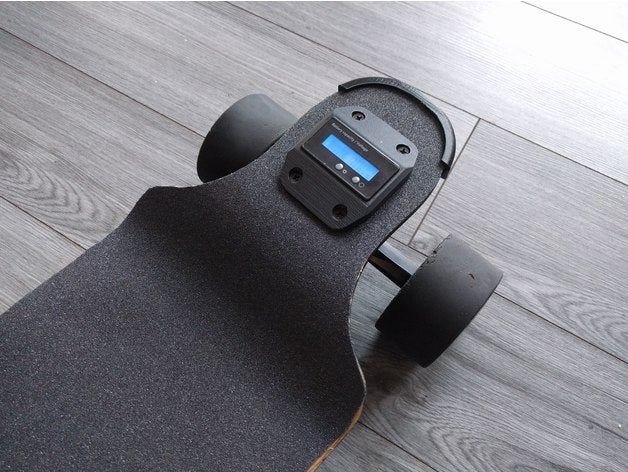 Simple Battery Capacity Meter Riser for electric skateboard/longboard. You will need a battery capacity monitor like this one...

This is a beautiful board Alan. An awesome enclosure for an awesome deck.

Thanks man! That holder might be useful for top mounted trucks only, on drop through deck may not work

great looking build! I’ve been considering a sportster build myself ever since seeing the enclosure on your site. The Bustin Nobach is my favorite push board and the sportster is very similar. If you were to start from scratch with this deck and enclosure, is there anything you’d do differently?

This looks amazing! I emailed you about switching my order to a mk3, after ordering my mk2 right before you announced this. I’m so glad I asked to hold off on shipping this thing looks amazing! The implementation and customization of the front and back with the extension is awesome! Definitely going mk3.

Idk what it is (probably the curves), but that deck, wheels, and enclosure seem like they were designed by the same person, and match so well together

This looks like a fun board, would love to see a video or two & how flexy it is

Looks great! Could you tell us what the clearance came out to with the 6x2 under the center of the board?

is there anything you’d do differently

I’d have chosen a 15mm longer motor mounts, 165mm wheels, a Senderizing job, anodizing of all aluminum parts and 18T motor pullies instead of 15T

I’m making a video of the board, next week I’ll update this thread with it. Hang tight

The ground clearance is lower than other decks but higher than the Evolve Bamboo GT. Being a shorter deck helped a lot with speed bumps, I haven’t touched a single one with the belly where I do with other of my builds.

Idk what it is (probably the curves), but that deck, wheels, and enclosure seem like they were designed by the same person, and match so well together

I’m suprised how low you are with those tires. What baseplates are you using ?

I’m using 45 baseplates on both trucks 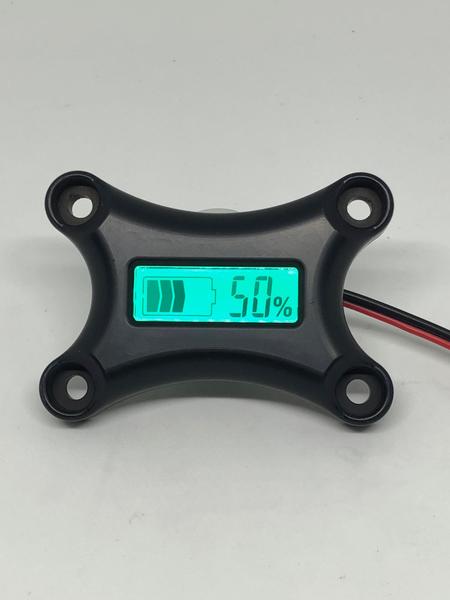