Inspiration for this build came after a complete disaster on trying to make cheap china esk8 kit usable.
More history Review of the kit and 2 versions and Upgrades and eventual death..
But even with all sadness that came with it lot of lessons where learned that helped me decide on what would I consider my perfect daily driver, so the recepie came together as follows:

LY Evo/Falcon 36’’ short and manuverable on narrow city streets
TB110 72A For comfort and fantastic PU feel
TB 218mm hangars with v7 mounts At the time felt like they where enough overbuilt to survive bad roads here
TB 7464 motors Replacability of bearings was my main concern so at the time seemed like most reliable motors at the time.
2x Cfoc2’s Cheap, semi reliable, if burns down could be replaced with 4 spare units I had
12s4p p42a battery To remove battery anxiety and have enough range for long grouprides, my estimate was ~45km’s and it did worked as calculated.
Flexi BMS to conserve space
Robogochi for telemetry
Waterproof To avoid short rainstorms we have once every 3 days.
48T 3DS drive, 14T motor puley 45km/h max speed, for city riding and max efficiency.

I was striving for something unique, and since range was my priority I went all in for 12s4p 21700 in 36’’ LY deckt. Haven’t seen such setup before so it seemed like fun challenge. 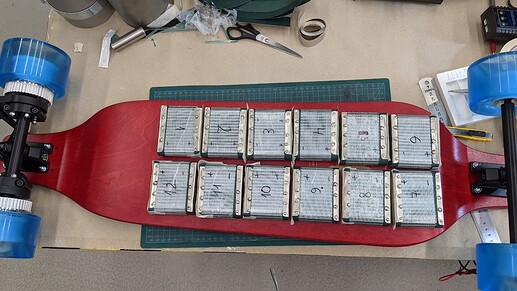 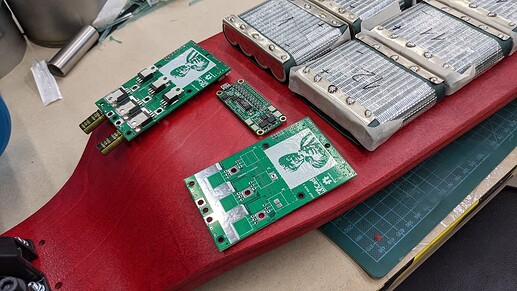 Quickly enough I realised why such setup didn’t existed. Laying out cells leaves about 15mm wide edge in the worst places. Eboosted case was only good for 18650 12s4p setup so not use, big Ben was still mastering hist craft so I went all in and made my own case from scratch using method I haven’t seen anyone use before. I 3D scanned the deck, designed mold in Fusion 360, 3d printed mold and then finally layed in the glass fiber and epoxy. Quality of enclosure was bad, but for the first case it was good enough. More on that here:

Show me your custom enclosures How-Tos 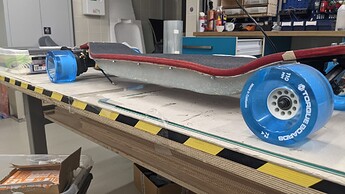 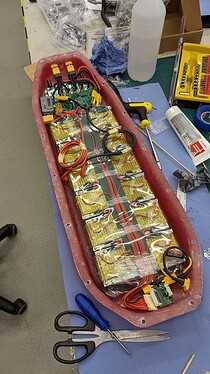 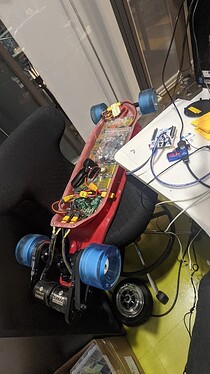 image506×899 59.2 KB
In between myself getting married, honey moon, and tight budget progress was slow, but arround september I managed to have a working machine 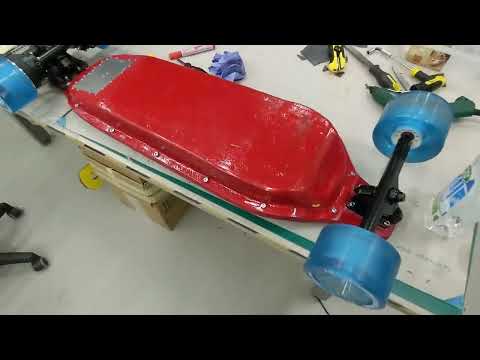 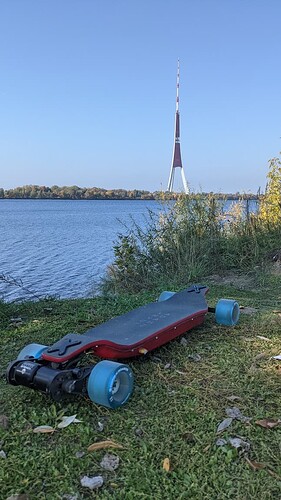 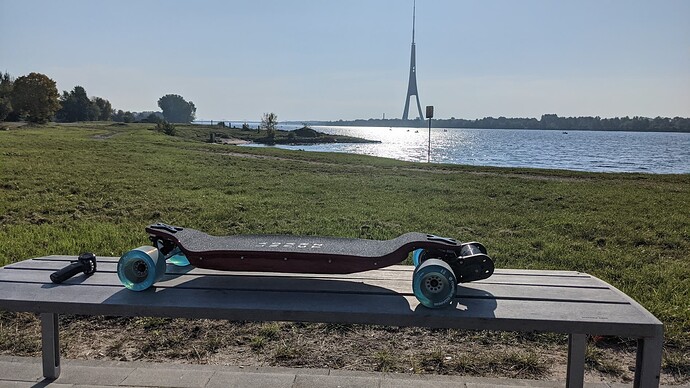 First rides felt promising as well as couple of shortcomings where showing:

Soon enough, the cursed delamination of blue wheels visited me aswell. After mere 200km’s couple of wheels had their sides delam. But the cores held. Just so out of luck @rusins wanted onsra wheels from @Rudi, rudi wanted my wheels and Rusins had set of black 78A’s which are known to be bombproof. So we did a 3way switcharoo: 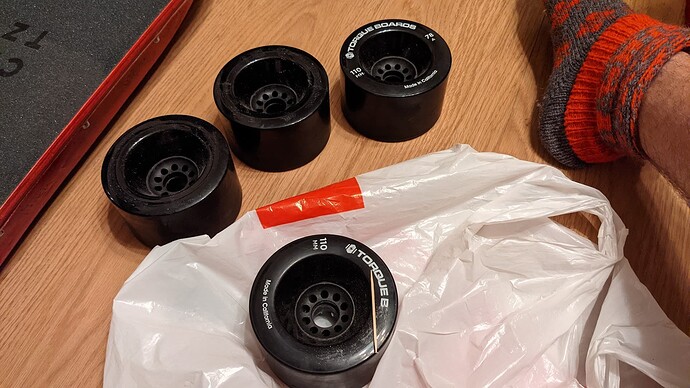 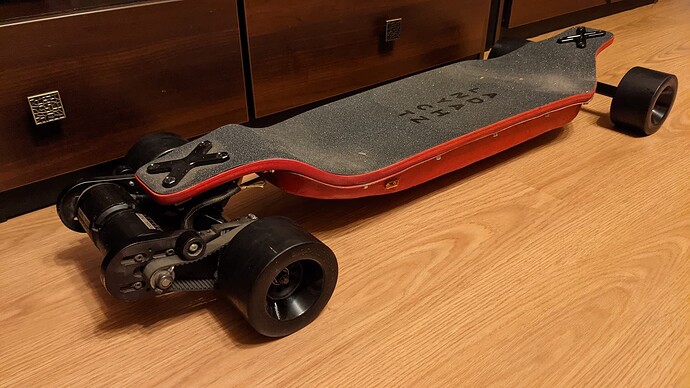 image1893×1065 201 KB
Not a fan of having TB written on everything so did a short de-branding with a toothpick. Board looks way cleaner now.

During the winter a disaster struck. Battery had completely drained during the winter, loopkey was disconnected, only culprit to blame was flexi BMS. After eating the sadness and loss of time I ordered reclaimed samsung 40T cells and build a new pack in couple of evenings. 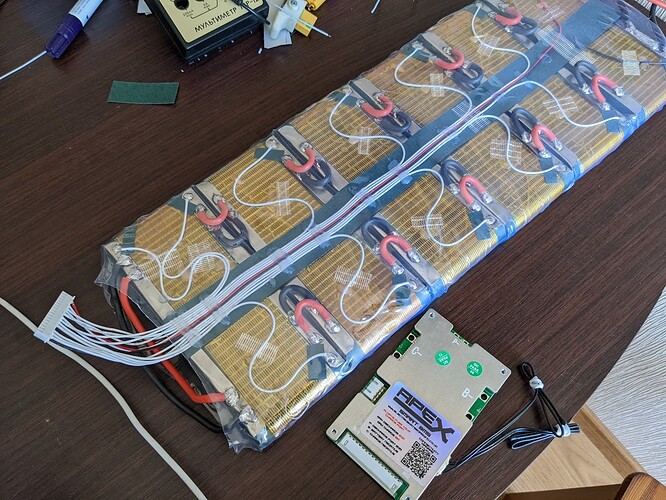 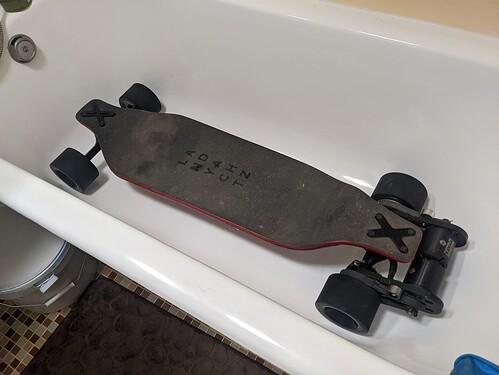 image1534×1150 83.9 KB
During the learning process I tried different things like eraser and such but in the end invented my own method. In short, apply windown cleaner, scrub it in with plastic brush, then use napkin, lay it on top and press it down so that it soaks in all the grime, then repeat couple of more times. 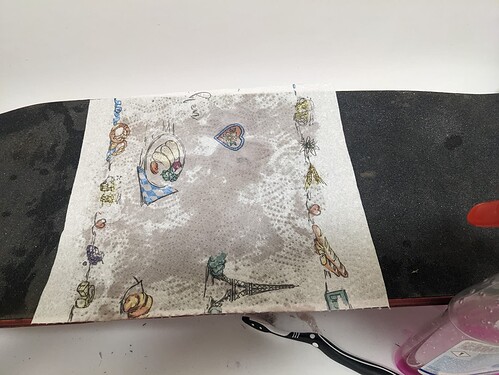 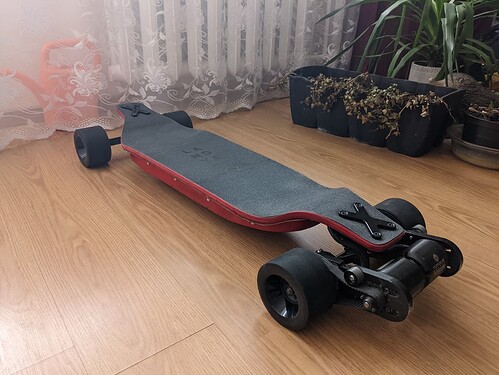 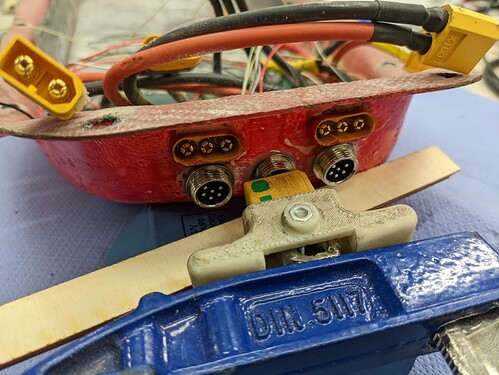 image1534×1150 179 KB
After testing my board on some steep hills I realised that sensorless FOC is unusable for uphill aplications. So I gathered courage and put some MT-12’s and sensor wires. 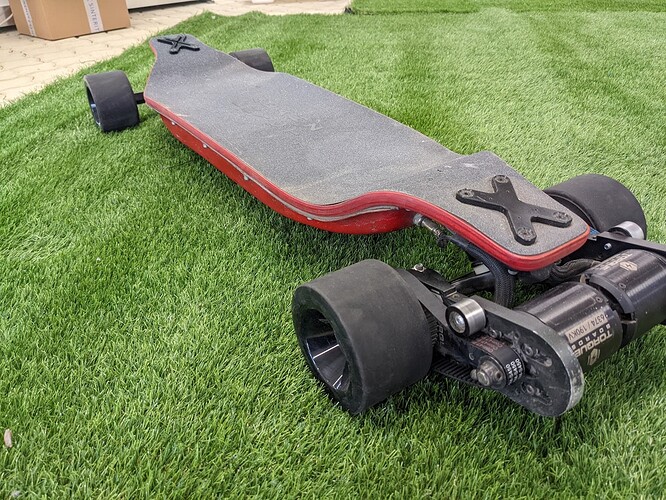 And this is where we are today. So far board needs lot of workt, it’s not waterproof, still has occasional cutouts, still needs lights and some handle to carry it. Current case has bad design and cracked this autumn so that needs to be remade. In short, endless work in progress, but holds together well, even with 2000km’s on clock. Hope to update this in future.
Thanks for visiting.

Finally managed to get some spare time to muster together !Fancy remote. So far tests seem pretty promising. So far haven’t had a single cutout, and board doesn’t do weird jittering when starting. While I was installing remote I did reflashed the both focers. Some say that helps, go figure. Either way, the know cutout places don’t give cutouts anymore. Horray! 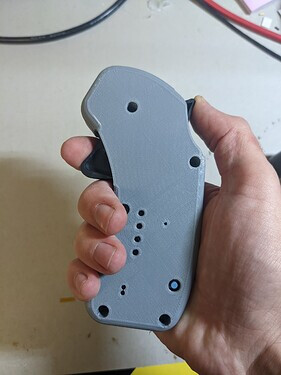 Now I can finally do what ive always wanted with mini remote:

Sadly I’m slightly too late to have another go at luge track that I did this spring. They are allready doing luge runs and road next is too busy and dangerous with invisible turns. Welp gonna have to wait for spring and do some more improvements. 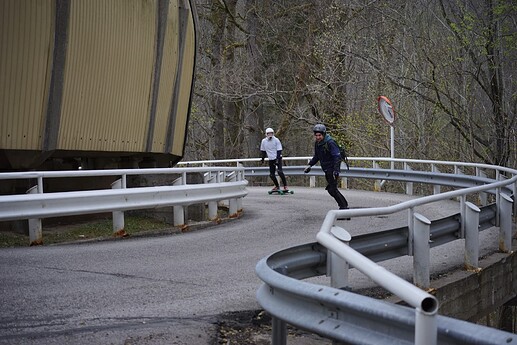 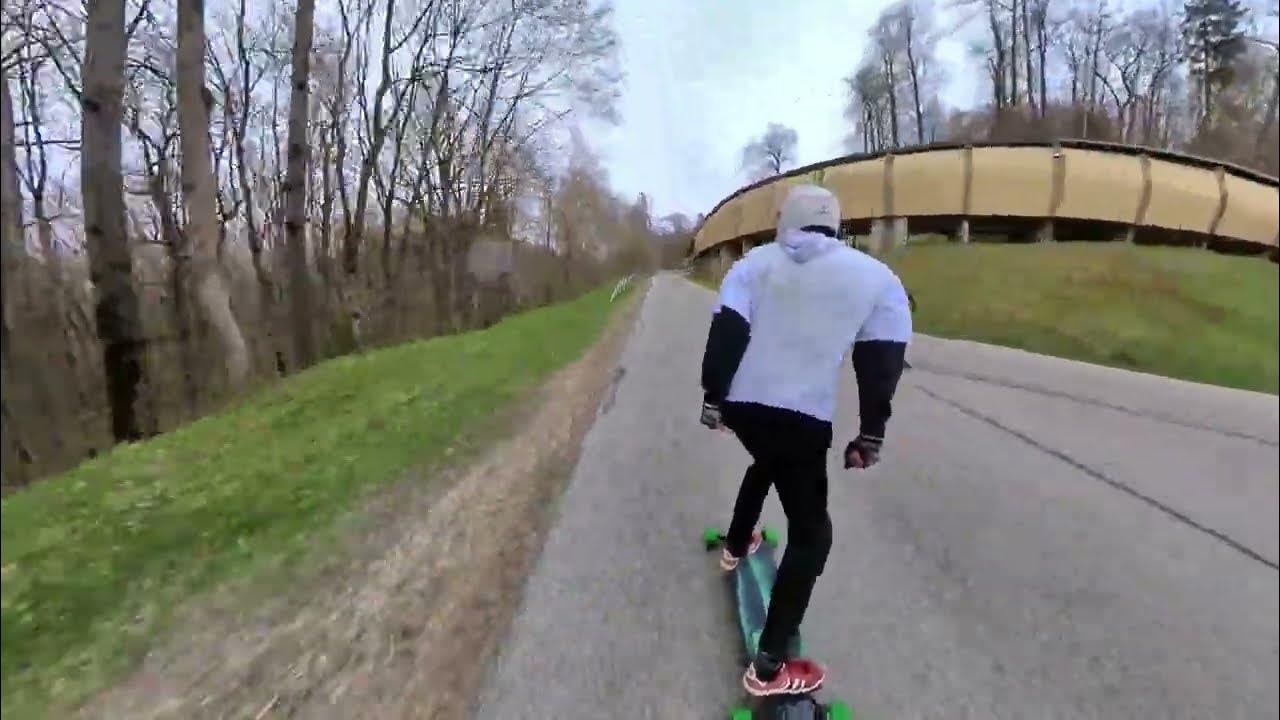 What made spring run interesting was the distance and the sheer steepness of the hill. It instantly showed something was wrong with the setup, back then I was still running FOC sensorless and you could hear exact moment VESC’s would give up and start cutting out, rusins was passing me with way less powerfull setup, it was sad. After upgrading board with sensors, board was more powerfull. However mini remote put me into 2 low speed launch accident’s after which I didn’t attempted to test the full power of board.

So yeah, hyped for the future. Next on the list is finishing remote ergonomics, and finally adding some lights to setup, during dark it’s dangerous. The battery case is something I’m still unsure on, it sucks, it cracked, the shape is ugly and electronics are really crammed inside.