First of all, I would just like to say that I’m doing a ton of firsts with this post. You can probably just assume that anything I’m doing for or on this post is a first for me.

Ok, here are my plans and progress so far.

These are the parts I am hoping to use. I have most of these in hand apart from the Unity

So my goal for this board is something that’s fun to ride, and that goes further and faster than my Wowgo.

Here are the full expected battery specs courtesy of the 3DServisas Calculator. 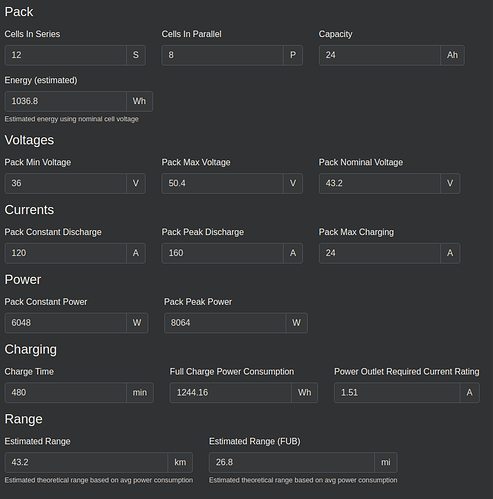 I came across this Afterburner spec sheet on the 121C website that seemed legit enough to use for a CAD model. 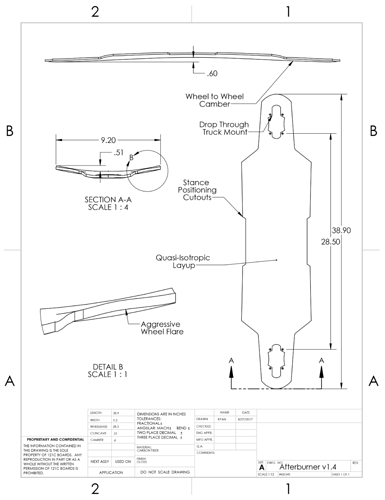 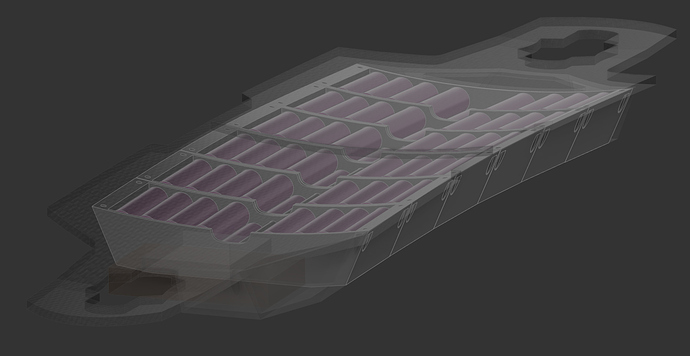 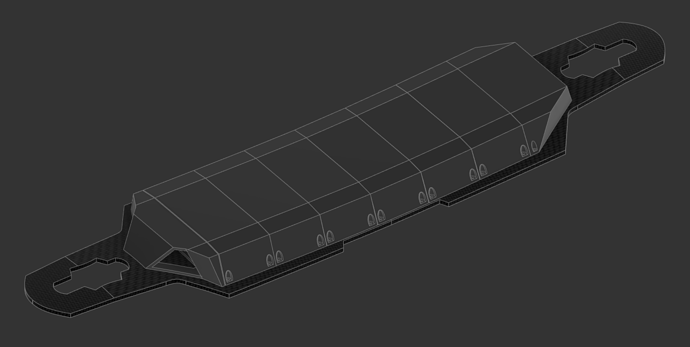 A 12S8P fits snugly in the footprint of the deck with a channel in the middle for series connections. My plan is to 3D print each cell tray and connect each directly to the deck. I’ll sandwich in a neoprene rubber mat to help with vibration and serve as a moisture barrier. 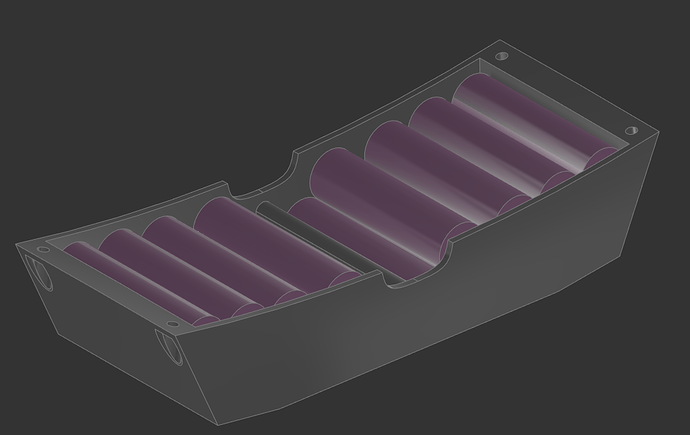 I made sure to leave enough room for solder connections and nickel welds on ends of the cell groups. 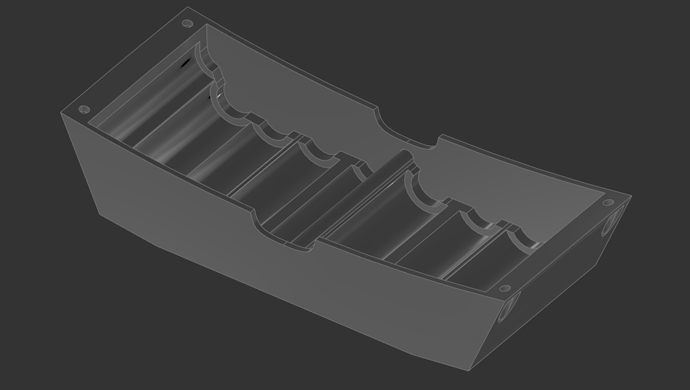 The Afterburner deck arrived looks great. (fyi, the decals do peel of if you’re careful with an exacto knife)

For the enclosure I opted for a carbon-nylon filament based on color, strength and high melting point.

As far as i can tell, the next big step is building the battery. I’m posting this now so anyone here can see where I’m going and poke holes in my plans.

- Each 8X cell group will need to be bonded, spot-welded with nickel strip, and series wires soldered before going into the trays.
- I’ll use two 10AWG wires per series connection based on current demands
- My plan is to print TPU spacers to encase wires running between trays and (mostly) seal the sides of the trays
- Thinking of using high temp silicone to bond cell groups together and then to the trays.
(see below)

- Vibration is going to be a factor. Will short wires running between cell trays need additional support
- Not sure if i am going to need additional protection around cells or if the trays are enough (i do have those fish paper sticky rings for the + terminals)?
- The Afterburner has a 6mm deck thickness. Will four 4-5mm deep threaded inserts with epoxy support a single battery tray?
- When the heck is my unity going to ship? … it never did

Should be more to come soon…

Ok update time. This project got pushed to the back burner with grad school, work, and life in general … but not today.

I decided to sand down the outside of the cell trays to smooth out layer lines and prep for painting later on. I saw another build that used a rubberized coating for a rough texture which I thought would look good here.

I also needed a way of linking each of the cell trays together and protecting wires between the cell trays. I opted to print small flexible spacers from TPU to get the job done. 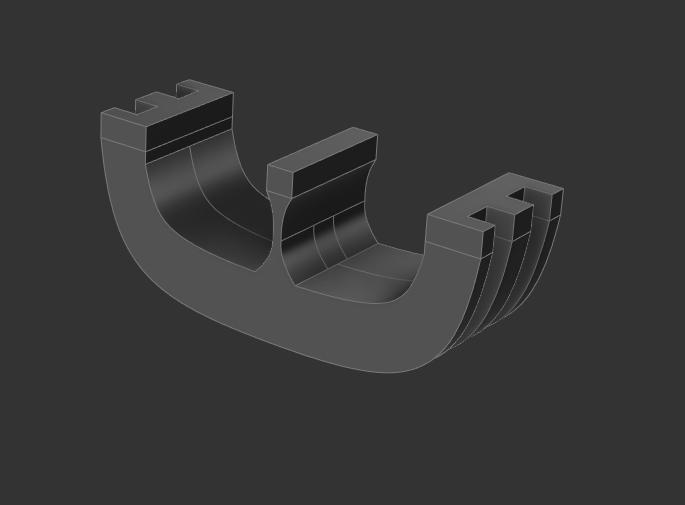 The first thing I did was bond groups of 8 parallel cells together. I used a printed template with silicone beads between each of the cells to create a solid brick. These fit right into the trays I printed earlier. I also added my fishpaper rings around the positive terminals.

Once I had my groups ready, I started working on the series connections. Each was made with two strands of 10 gauge wire first cut to length and then soldered to a piece of nickle strip. Each nickle strip was then spot welded on to one of the cell group terminals. I followed this same process for the charge and +terminal balance leads.

This left me with lots of open leads that needed to be connected. I would have loved to put connectors in at this step but didn’t really have the space. I ultimately decided to just make splice connections since that seemed like the most straight forward approach. I connected as many small disjoint groups as I could early on to keep the voltage of the batter(ies) as low as I could for as long as possible. The last connection joined the 6 groups on the left with the 6 on the right.

To tidy things up a bit more, I added a layer of shrink wrap to each group to cover the batteries a bit more, pull wires in, and add an extra layer of separation between the left and right sides of the battery.

The last step was adding the balance lines for the BMS. These were tucked into the center channel along with the series connections.

The BMS was wired first. I connected my balance lines, and wired the charge leads on the battery to the chart ports on the BMS, a 15A fuse and an XLR connector for the charger.

I finally managed to get my hands on a Unity (but not the one I ordered). I also decided on a Flipsky VX2 pro remote. The VX2 receiver connects to the Unity over UART. I also connected the integrated power switch along with the power leads from the battery.

The hall sensors on the direct drive motors needed to be converted to the type of JST connector used on the Unity.

At this point I tested board and updated the firmware on the Unity. Everything seems to connect and run as expected (probably more on this later…)

Mounting to the Deck

For mounting the battery and electronic enclosures to the deck, I decided to use threaded inserts instead of drilling all the way through. I settled on brass knurled inserts for M4 machine bolts. I did a few tests with these and found that using a 13/64 inch drill bit with a drill stop will make a perfect sized hole to tap these into. I found that once these are driven in they are very secure.

The rest is making sure everything is aligned and securing each of the trays. Once I tested the enclosure mount, I took everything apart for the next steps. I cut and stuck a neoprene sheet to the bottom of the deck. This is to help seal the trays to the deck. I also added a rubberized spray coating to the sides of the trays while they were off.

That pretty much brings me up to where I’m at now. I can connect to the Unity over USB to configure the board. I checked and I have a speed readout on the VX2. I also just bought a 50.4V 4A Charger that I will need to test.

Next Steps and Observations:

This is my first rodeo so i’m really looking forward to any feedback you guys have. First couple rides have gone well. Will upload more pix when I finally get it out on the road. 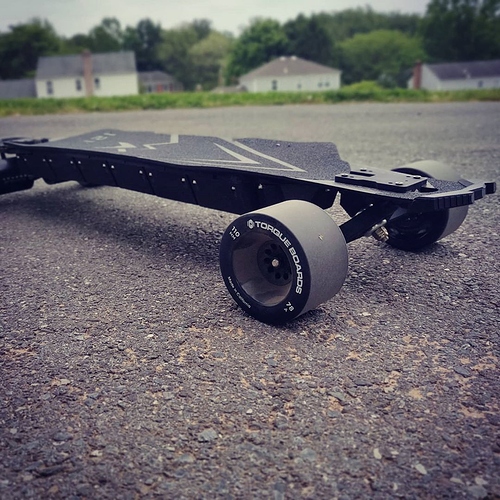 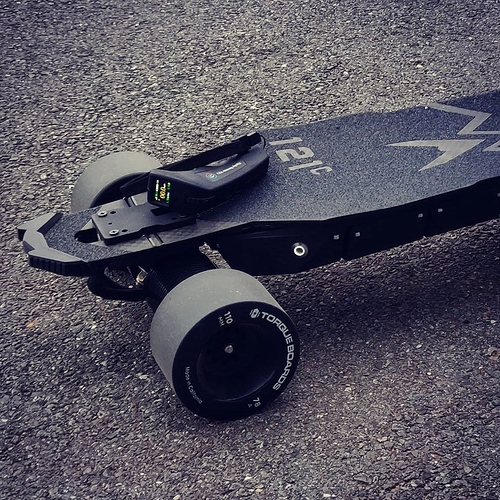 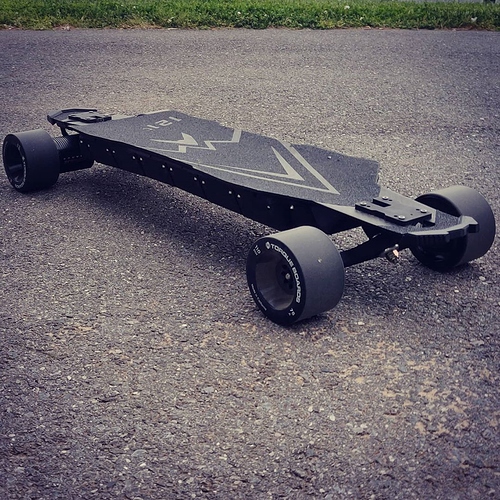 Nice! That deck looks awesome dude! I think your battery plans are well thought out and I can’t see any reason why it won’t work. I dont think you need any support for the series wires.

The threaded inserts will likely be a problem though. That is a super thin deck, you would be better off bolting down through the top with countersunk screws unfortunately.

Love it! Looking forward to the battery+enclosure build.

You went top dollar on parts and have a great plan. I will be following this build for sure. Nice!

. It’s gonna be a nice one.
Don’t forget the hardest part is cable management at least 4 Mee.

Nice deck choice! I built a board using the Orbiter and using inserts is somewhat doable. Use fine threaded inserts, and best to epoxy it when turning them in. You will probably have to dremel away whatever protrudes out. 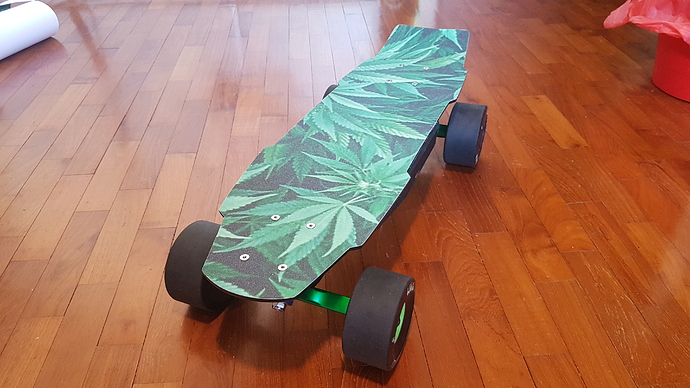 Thanks guys. @Linny, could I get the details on which inserts you used?
I’m thinking I might give the threaded inserts a try first and just drill on through if they don’t work out. I just want to be super careful that I don’t damage anything.

It’s M5 threads. If i remember the OD is 7.5mm from thread to thread. In this case, i use a 7mm drill bit. Have the insert enter the deck with the slots cutting in, and have the insert flush with the deck, dremel or grind the protruding parts at the other side. 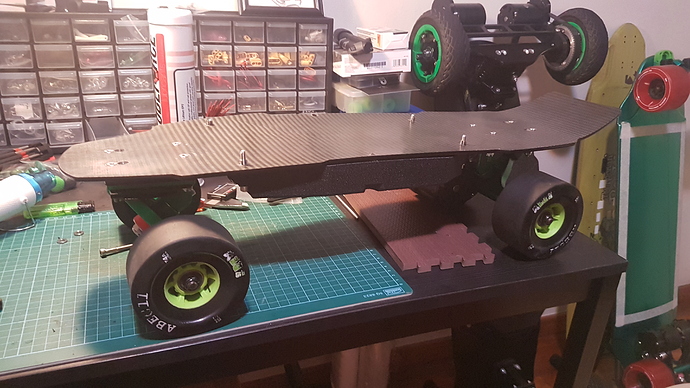 Bolts wise, use the closest length you can so it doesn’t protrude out of the top of the deck, you can offset this by adding washers on the enclosure. Best is to have the bolt and insert flushed with each other when you tighten all the enclosure bolts to the deck. That’s the advice i can give ya, since the deck is thin. The Orbiter is 5mm or so, i believe the Afterburner is thicker by a bit, i think 7 or 8mm? So you should be fine

Thank you sir. I have a few hurdles left before I start mounting everything but I’ll keep your advice in mind when I get there.

When the heck is my unity going to ship?

Ok I think I noticed a problem when I took the board out for a ride. Everything seems to function, but I’m getting very little torque at low speed. If I try to get the board moving from a stop on an uphill slope the motors will not respond and start making a chattering noise.

Yep, that was it. I re-ran the setup on the unity app and the motors are working perfectly now. Thanks!

Not sure if this is the right place to ask but has anyone had an issue with the torqueboard direct drive motors being loose on the truck axle? Im noticing a bit of rotational play where the motors slip onto the truck. I tried using thread locker to create a tighter fit but it didn’t seem to do much.

Yes, many people have. Sticking a bit of electrical tape is how most fix it. I’m quite surprised that can even happen with CNC trucks, but it is what it is…

Thanks, I have some aluminum tape I might try. I just need something to keep everything locked in place

Finally took this out for a first real ride today. Apart from the slight looseness in the hub motor for I couldn’t be happier with how this thing rides.

yes, I’ve just finished my TB DD build and noticed the exact same knocking noise on one of the motors, either testing on the bench like on your video, or whilst out riding. It’s noticeable when reapplying throttle after freewheeling mostly and goes away under constant load/acceleration. Quite distracting and annoying ! Where did you put the tape ? Do you need to remove the motor can ?

You don’t need to remove the can. Just slide the motor off the hanger to expose the the main thick portion of the hanger. Then just wrap tape one or two times around (kapton, electrical tape). Make sure you don’t wrap it too many times as if it’s too thick the motor will not slide back onto the hanger. Find the sweet spot in terms of thickness and slide the motor back on.

It should resolve the issue. You can also apply a bit of thermal paste to fill in the space.