We are extremely excited to launch our new product. After being in development and testing for over 2 years and struggles with production during global chip shortage we only have 100 pieces up for grabs.

We teamed up with @JTAG for hardware design and look what he delivered! It is tiny! (36x24x10mm, about the same size as Metr Pro) 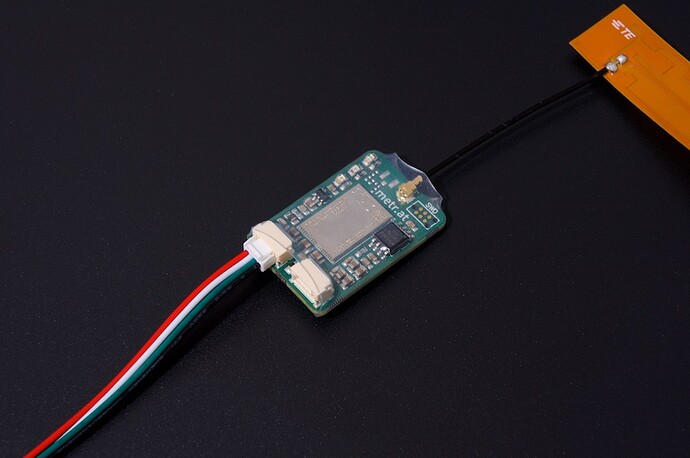 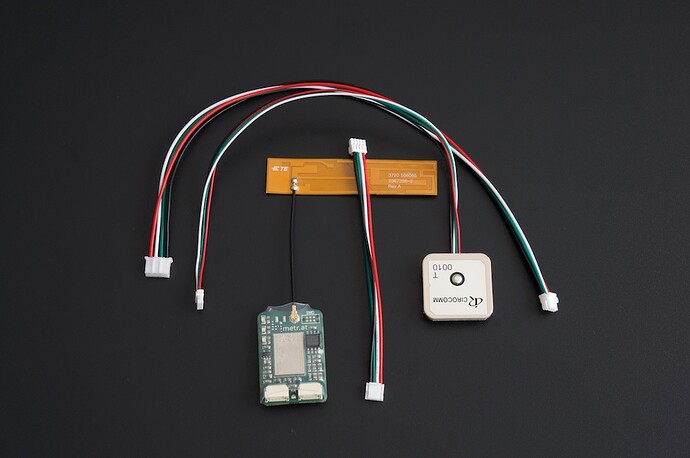 Before you go any further, here are the most important things to know before ordering (PLEASE READ):

We have found SIM cards that work globally (1nce.com) and decided to include them with every module. We actually think you won’t find anything cheaper, that’s why we did it like that. The SIM cards have 500MB that can be used for up to 10 years. For Metr LTE this amount of data should last on average for 5 years. It will be possible to top up and renew 500MB/10 years for just €15.

Metr LTE will not work in some places. At the moment mobile connections are only supported in the following countries (most up to date list is here https://1nce.com/en/coverage/ check for LTE-M column checkmark):

We hope that other countries on the list should work. Hopefully 1nce will sign contracts with more operators and more countries in the future.

Here are some examples setups to make it easier for your to understand: 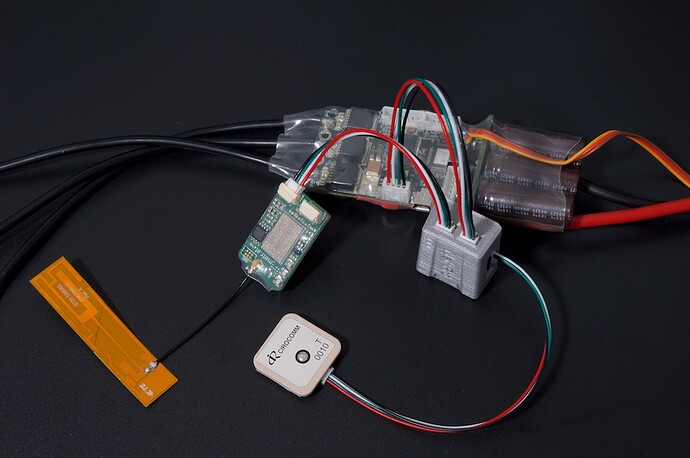 VESC_Metr_Pro_CAN_GPS_Metr_LTE-21000×664 148 KB
Both Metr Pro CAN and Metr LTE are connected to CAN. GPS module is connected to SD card shield. 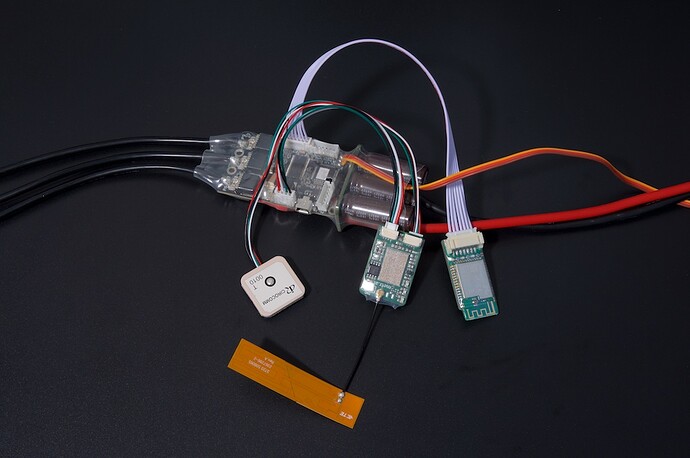 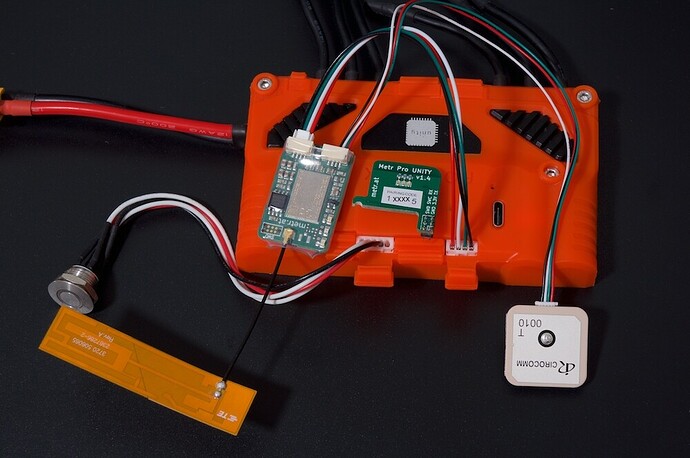 Unity_Metr_Pro_Unity_Metr_LTE_GPS1000×664 117 KB
Metr Pro UNITY sits where it should be and Metr LTE with GPS is connected to CAN. 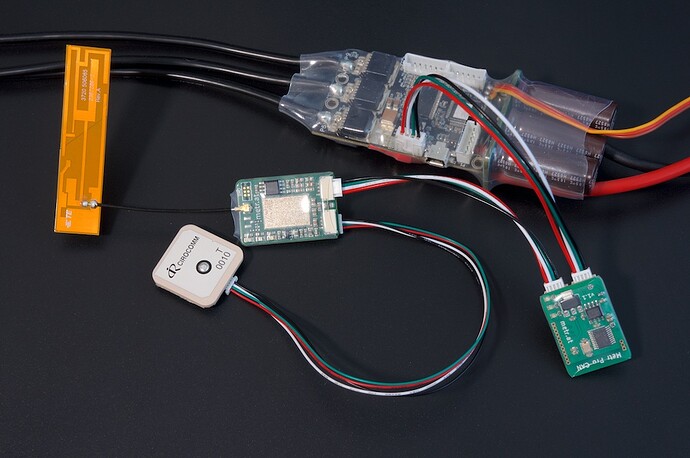 VESC_Metr_Pro_CAN_Metr_LTE_GPS-11000×664 162 KB
Metr Pro CAN without SD card does not have GPS port. No problem, GPS module is plugged into Metr LTE.

All these variations were thought through to provide as much flexibility as possible for existing and future setups.

Metr LTE comes without a battery. This means it will be online only when your board is powered on. Or if you provide 5V supply to it (for example by channeling CAN bus cable through a small 5V power bank).

Some cool features that we made available on launch are:

Software updates will come through the Metr app and it will only get better with time. This module is designed for ESK8 and functionality possibilities are amazing. Racing, fleet management, geofencing, etc. Let us know what you think and what features you would like to see.

Big thanks to our beta testers @xsynatic and @b264 as well as Bioboards and Lazyrolling.

Will there be a US based distributor or group buy?

Are there any examples of powering this with a battery?
How much power does this draw?

Could this be used as an anti theft device if you get 5v to the setup ?

Ill be purchasing a few of these! How can I run dual esc connected over CAN while also running a Metr Pro can + LTE + GPS

Daisy chain dude. That’s the beauty of CAN

Will there be a US based distributor or group buy?

Not anything we plan as we have limited stock at the moment. Besides we have sorted out shipping with a new shop and doing UPS / DHL Express now instead of slow regular post, should be much faster shipping to US.

Are there any examples of powering this with a battery?
How much power does this draw?

Currently no. But this is one of the first features we will be adding with firmware updates. At the moment Metr Pro CAN + Metr LTE + GPS module draw about 80mA. This should last a few days with a power bank. There are a few things we will do to lower current consumption, turn off the LEDs for example.

Could this be used as an anti theft device if you get 5v to the setup ?

Yes, absolutely. You can also block the board remotely so it won’t be able to accelerate.

This looks awesome. But one thing I don’t understand,

Metr LTE is not a standalone product and requires Metr Pro CAN or Metr Pro in order to operate. It relies on bluetooth connection provided by Metr Pro to communicate with the Metr app and perform initial connection setup.

Why not just build everything into a single product? The cost of a metr pro + GPS + LTE is a lot. If this was all on one board with less connections, cables and failure points it would be a much more appealing solution.

Otherwise is there any way to use metr pro to do the initial setup then unplug and run LTE in standalone after?

EDIT:
just to be clear here I love the work you guys are doing here and I have metr on all my boards and recommend to anyone who asks.

I’ve been following your metr LTE development closely as I believe having always on logging that’s not dependent connection to the phone is the way forwards.

Why not just build everything into a single product?

to provide as much flexibility as possible for existing and future setups.

is there any way to use metr pro to do the initial setup then unplug and run LTE in standalone after?

Is there any plan to release (or support the production of) a housing for both the Metr CAN and LTE units? They look like they’re roughly the same dimensions and share the same port positions.

How many are left in stock?

Why not just build everything into a single product?

To keep the price lower. Designing the module was a challenge and putting more components would only increase time and cost. We actually had to buy components from several different places and then ship them to assembly factory because they could not source themselves. For BLE modules we have another supply chain. It was the most effective solution and CAN bus allowed us to go this route.

How many are left in stock?

Is there any plan to release (or support the production of) a housing for both the Metr CAN and LTE units? They look like they’re roughly the same dimensions and share the same port positions.

Metr Pro CAN already has a housing (with SD card and GPS). For basic version of Metr Pro CAN and Metr LTE there are no plans to have a housing.

Yeah, I’m thinking one housing to house both units… like an extended version of the existing housing. A ‘semi-detached’ as they say.

@SabreDynamics made the existing CAN housing, right? Could he, for example, be enabled to produce said semi-detached?

Curious and also a lot of random questions.

Same question regarding the Metr Pro CAN w/ SD. Which GPS module does it come with?

Would it be better to just order both Metr Pro Can w/ SD + LTE without GPS modules and do a add-on order of individual GPS modules for BN-250’s?

Do The LTE and Metr Pro Can w/ SD use the same GPS modules?

In theory based on setup #1 can we and or what would happen if we put two GPS modules on the unit? (One in the SD card shield port and one in the LTE port)

@SabreDynamics made the existing CAN housing, right?

Yes, @SabreDynamics did the Metr CAN + SD housing. I think it makes sense for us to also look into a combined housing in the future, but there is no timeline set for it at the moment.

Same question regarding the Metr Pro CAN w/ SD. Which GPS module does it come with?

All Metr Pro CAN / LTE bundles with GPS come with the BN-250 now. We decided that the larger antenna and integrated flash is a bigger advantage than the downside of the slightly bigger dimensions. For people that still need the smallest possible GPS module we are selling the BN-180 separately now.

Do The LTE and Metr Pro Can w/ SD use the same GPS modules?

Yes, they are using the same BN-250 GPS when buying them bundled with a GPS. The only difference is the cable because the Metr LTE has an other UART pin layout compare to the Metr CAN + SD. For Metr LTE it isn’t important which side of the JST SH cable is plugged to the GPS and which to the LTE port. For Metr CAN + SD it is important to connect it the right way. Have a look at the following pictures to see what I mean. 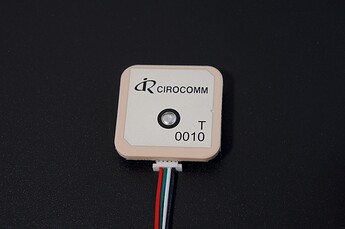 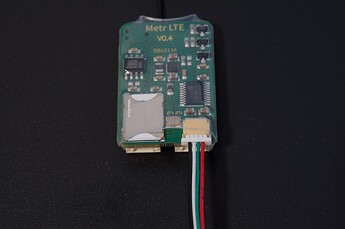 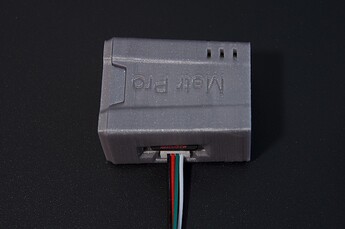 In theory based on setup #1 can we and or what would happen if we put two GPS modules on the unit? (One in the SD card shield port and one in the LTE port)

Thats a question for @rpasichnyk. Not sure how it would behave with the current implementation.

I’ve been waiting for this for awhile, this will definitly pull me into Metr!

Few questions, is there a more rugged LTE antenna compatible?

My setup will most likely be #4, how much ride data can be stored and logged? Is it possible to log data on cloud?

What’s the procedure to connect vesctool to it?

Is it compatible with UavCAN and rise sdvp?
Thanks!

With this setup only battery level, speed and location are sent to the cloud with 10 seconds interval (to save data, however you can shorten the interval to 3-5 seconds). Metr LTE is not a replacement for regular records, where a lot more data is logged with high detail.

Regular records are still taken over BLE when you have your phone around. Otherwise I recommend Setup #1 with SD card.

Ah! Well good you cleared that up. I’d indeed expected a fully untethered logging solution there.

There are no hardware limitations, in theory Metr LTE should be capable of sending full telemetry over LTE. But I think it is not practical because megabytes on SIM card are limited. It will also require a lot of development efforts to change from how things are working at the moment.

This is new technology for ESK8 and the plan is to carefully explore it, I think location / battery / speed information is a good start. But I am certain mobile connection will be used more over time. And Metr LTE firmware updates will make it possible.

Superb job! One question - why LTE over 2G comms? I work in an industrial telematics company and our hardware guys swear by 2G modems as most networks still support them and the parts are way cheaper. As I understand, for our usecase data rates have little impact.