I’m still not clear on how to actually order anything from the product page though. It just shows up as a set of trucks, with only options for colors.

For the time being, only black color has 260mm. Just select the black option and note 260mm. 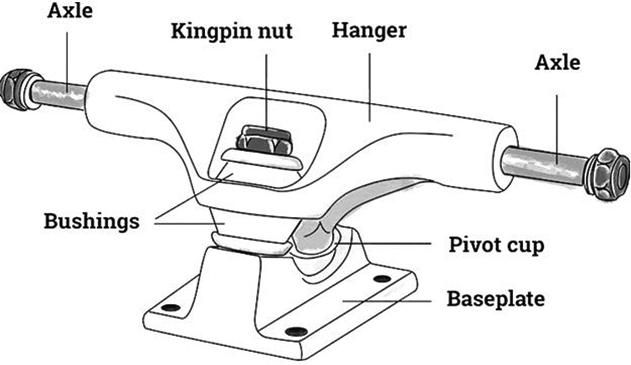 Looks like you made the hanger longer.
The issue is that the axle needs to be longer as well.

35mm is too short for press fit pulleys.

That’s pretty good! This should work nicely for pneumatic wheels.

Can you please give us some details on the motor mounts? What’s the center-to-center distance? Is it a single part or two parts – clamp and mount?

Well the axels are removable, right? Just go to a local machinist and have em make some longer axels, if you need em. This is a DIY forum, not a complain about having to do it yourself forum, yes?

This man gets it.

I just actually laughed out loud. Totally needed that today.

My coworker just asked me if I could take a rack of cups up to the fifth floor for her, while I was clearly in the middle of something and I hit her with “I can do it in 20 minutes or you can do it now”

Same energy as this thread lmao

This man gets it.

@Kai, I love you man but I gotta call BS on this one. You (and @glyphiks ) can’t actively participate in a thread to create and promote ESK8 standards:

In the premium DIY / Custom ESK8 space, I am in favor of creating manufacturing standards to create a marketing as well as a practical advantage over the flood of generic mass market builds. The standards could define many things to allow compatibility, interchangeability and longevity. I am curious what others think about this.

and then piss all over someone asking a manufacturer to target what is a standard to many of us. I’m running custom machined axles on one of my boards, but FSM damn it would be nice if I didn’t have to.

Sorry for the derail, I’m ready to be sentenced to derail jail.

Clearly maker doesn’t intend to make any, so if you want some, make some.

My participation in that thread was not partial to the idea of standardisation.

These guys have made a complete drive train solution that works with the parts they have made for it.

They’ve done us a solid and made the axles removable so that if you want to use it outside of it’s purpose-built use case, you can make your own axles.

I don’t see anyone up in arms about lacroix or hoyt building very specific, purpose built drive trains, i don’t see what the difference is here.

Furthermore, many trucks these days have changeable axels. I could convert my air to 10mm, change between 8 and 10 on bn, etc. So I think if axels are standardized, it should be the threading that attaches them, not the actual lengths.

Also, if maker doesn’t want to, someones got a business opportunity right here. Looking at you @Savage1 xD

i think this one’s a bad take man. It’s for their ecosystem of parts, and there’s nothing inherently wrong with doing this, especially with removable axles. If you want something with longer axles wait for @Savage1 's tkp trucks.

My bitch wasn’t against Maker. All my respect for everything they make. As I said, I’ve machined my own custom axles. Hell, I designed and am having dkp parts machined. No problems with the dyi aspect.

Pissing on someone for bringing up what they see as a legitimate need to a manufacturer… That is my gripe.

Maybe Maker will never offer additional axles. As @glyphiks pointed out, they provide an entire drivetrain. But maybe they decide to offer some up because enough users vocalized their desire for it. Its completely their decision, but if they don’t hear from their potential audience base because users are afraid of getting pissed on then thats a huge loss to the community.

I have other options for trucks. And I can build my own. But there shouldn’t be drama over asking for option C just because A and B already exist.

I agree. I only said anything because there was already some drama going, which is just silly. If you need longer axels, you can either use a different truck or change them out. But certain folks up there were just shitting on the whole product over a solvable problem. Lol

But yeah since the thread pattern is different from the kind Boardnamics and Surf Rodz use, alternate axles aren’t easily available, and that is definitely hindering people from buying this product and using it.

users vocalized their desire for it

Sure and that’s fine.

But its been vocalized several times to the same end. At a certain point it is not vocalizing anymore and just shitting on the product/thread.

I love you man but I gotta call BS on this one. You (and @glyphiks ) can’t actively participate in a thread to create and promote ESK8 standards:

And I’m calling bullshit on this.

The company made a product accommodation after people shit on it. And then immediately, we get this “language barrier” and infantile image nonsense.

No one shitting on this would buy them even if he made every adjustment complained about. You know how I know? Because that’s what always happens.

Enough complaining for its own sake.

Last thing we need is Maker-X to just tell you all to piss and not even bother being here.

I didn’t speak up on that shit at the top of this thread, because that was definitely a dead horse. But they just released an update and @bollen who was not part of that shit show spoke up and said “we still need” and got effectively smacked down for what many of us see as a needed standard.