Rather than a clean nicely laid out build thread (that I’m just never going to get around to), I’ve decided similar to a few others (mainly @rafaelinmissouri thread) that I’ll just have this thread to dump my thoughts and progress into every once in a while.

So, here’s a photo dump of my previous build the DogeGT, my cruiser. Basically the premise was to build something my dog was comfortable riding so, spacious, flexy, pneumies, and foam grip tape. But long story short it took me so long to build she’s no longer comfortable riding on a board 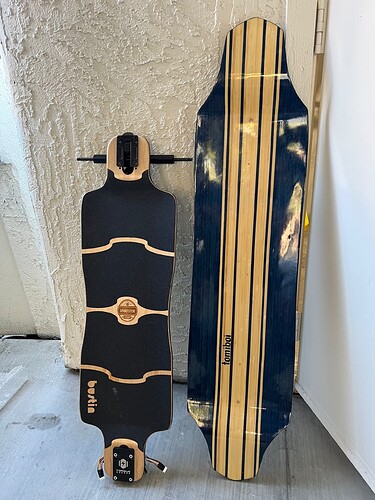 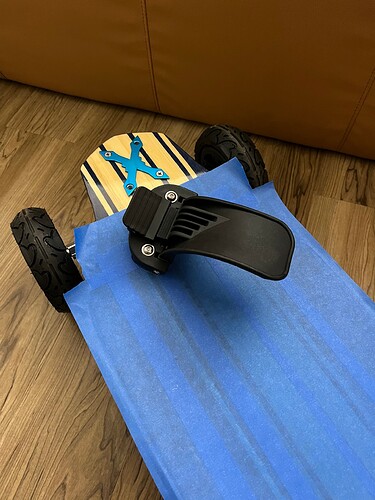 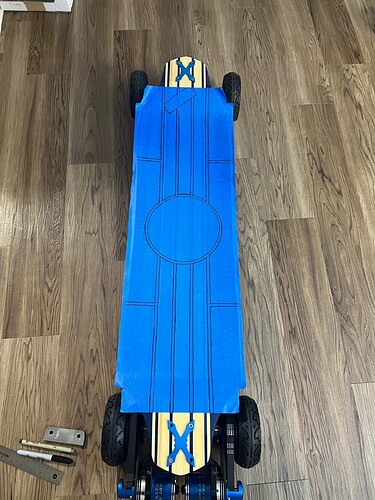 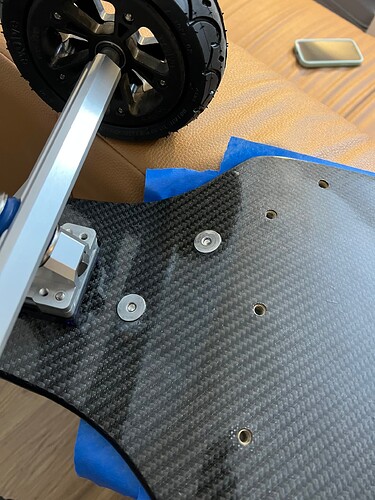 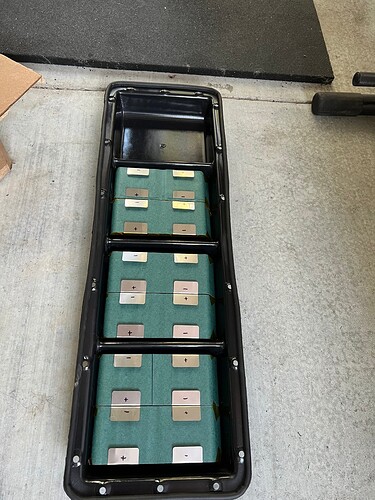 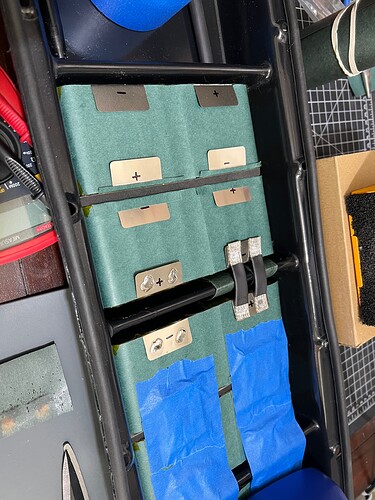 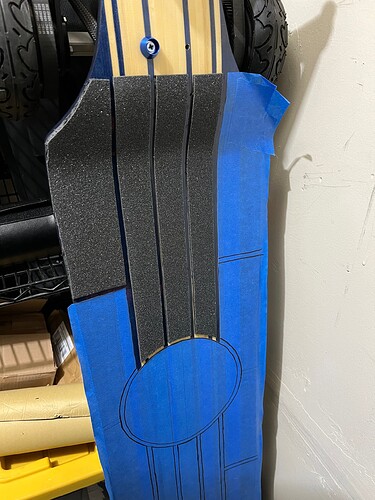 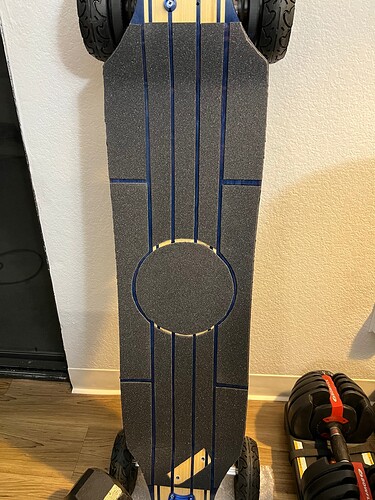 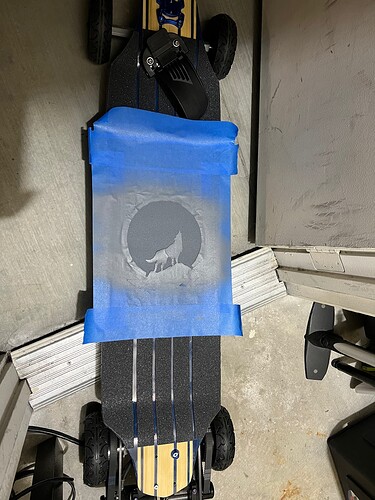 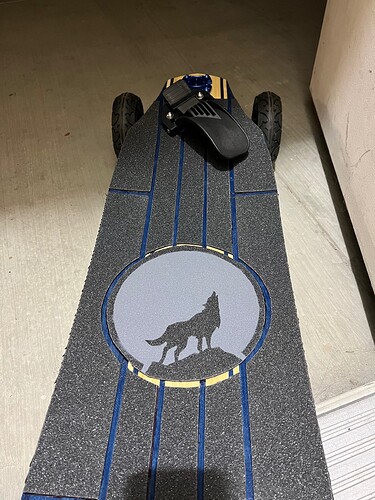 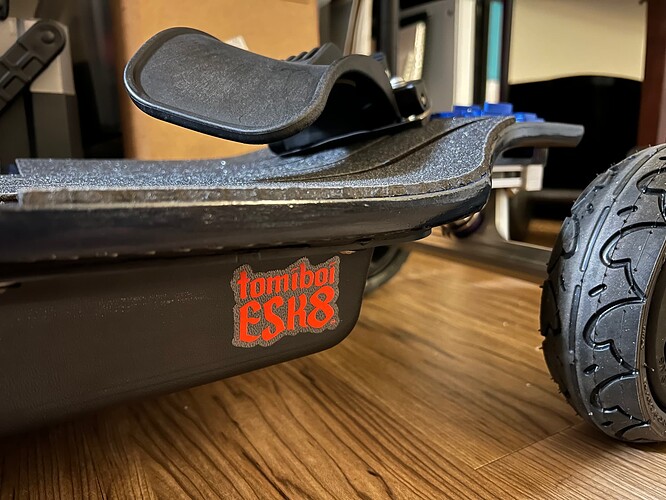 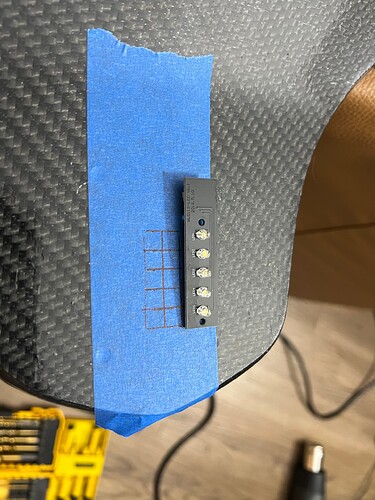 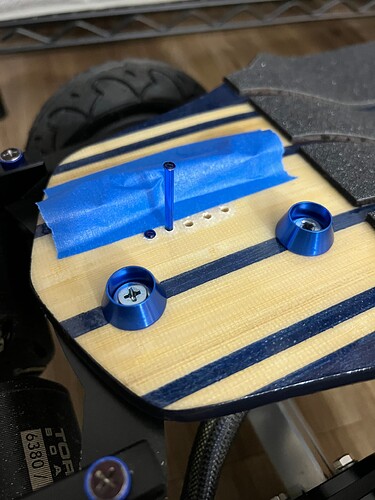 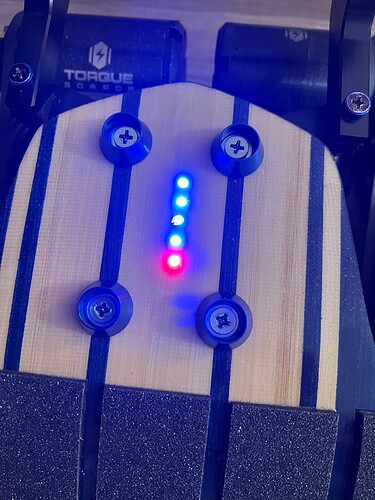 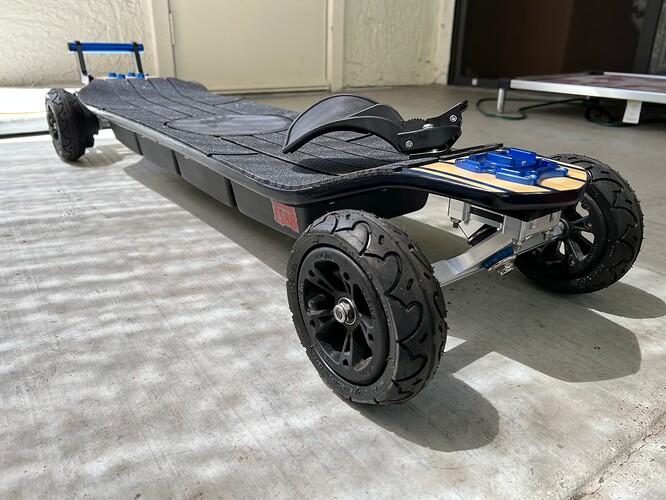 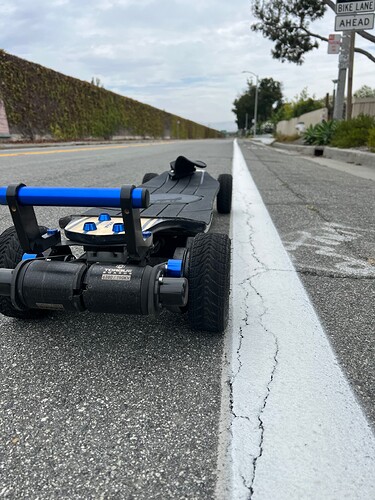 Forgot to mention, on the bench currently is two 20s builds a carver and a racer.

What a stunning build! Especially love the grip job and rear bar

Thanks! The rear grab bar was definitely an interesting process, but definitely going to make it a staple of my builds.

That is a sweet looking board,!!!

Those are evolve hubs right? How are they treating you?

Also what did you use for the padded grip tape? 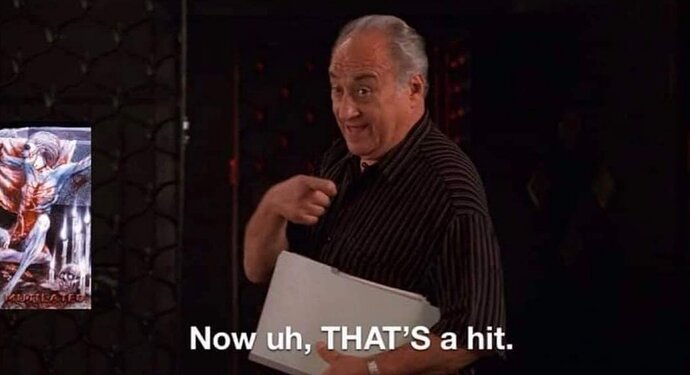 Thanks! Actually the final form is BKBs on BN GT3s, was riding the BKBs on the Hubbas for a while, but just couldn’t stop popping tubes. But they’ve been surviving on the GT3s.

Foam grip tape: 4mm Shock-Absorbing Foam Griptape – rideonsra (they seem to be out of the sheets)

I had a similar idea when buying my first long board a good while back. Got the longest board they had at my local shop with the idea that I’d have space for my dog to ride with me. She ended up just running next to me instead

Sometimes on the way back home she’d even end up pulling me some despite her being a whopping 15 pounds. I always had her wear a harness that was safe for a dog to pull a reasonable amount of weight in (it was a shortened version of the harnesses used in competitive weight pulling)

With my electric board she just gets carried unless I’m taking her out on a brief run where she gets to set the speed. I prefer taking the entire fall if I mess up so she can’t get hurt at all.

Is there any reason for just having one binding? just curious about the benefits of having it

Yeah for the time being I’ve given up on getting her to ride again, and just take her out on short jogs with my other board. Similar to you if I wanna go somewhere much further away I switch back and forth between her jogging along and riding in the pack.

The single binding is to better overcome the stiffer bushings on tighter turns. And in a real pinch I can use it to hop the front of the board to a better position. I also find it comes in handy when occasionally losing my balance.

Yeah that’d be dope. Felt bad covering up @tomiboi work, tried to get some of that blue to show through via the stripes.

How does it do when it comes to moving your foot position? Unless that is just some uncommon thing for anyone else. I used to have to move to stand closer to the edge I was turning on before to try and get a tighter turn and so I still do it now even if it isn’t really needed anymore.

I do this too! I still do it on slower turns, but when going at higher speeds I prefer not to be moving my feet around too much as I find it causes instability for me, hence the binding. The binding doesn’t impede this movement as there is no heel strap, at least on heel side turns. The TomiBoi adjustable toe hooks are especially nice because you can adjust it to either be loose or tight. The looser it is the more foot movement you can have. Keep it all the way open and it’s effectively a foot stop.

@zero_ads can we see some pics of that 20s carver and racer in progress?

For sure, will throw up some progress pics later tonight. Hoping to have some form of the carver up and running by end of thanksgiving.

Alright some progress on the carver. It’s a bit of a hybrid since I’m looking to put TKPs with BN AT drives on it. But I don’t have the @Savage1 TKPs yet and have some thanes I want to test. So, going to put the Lunas with the 6355s on it, which is actually for the racer.

Put together another drive with printed Luna adapters and had to swap out the 4mm connectors for the 5.5. 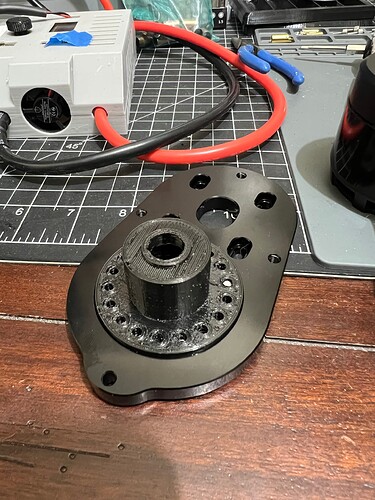 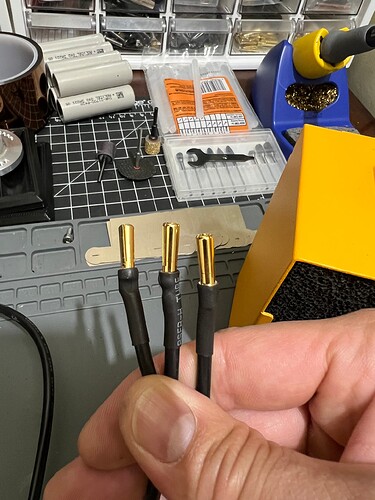 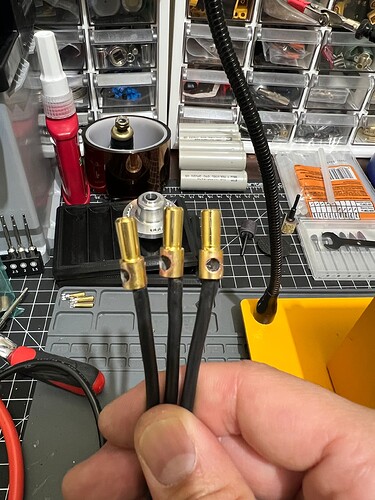 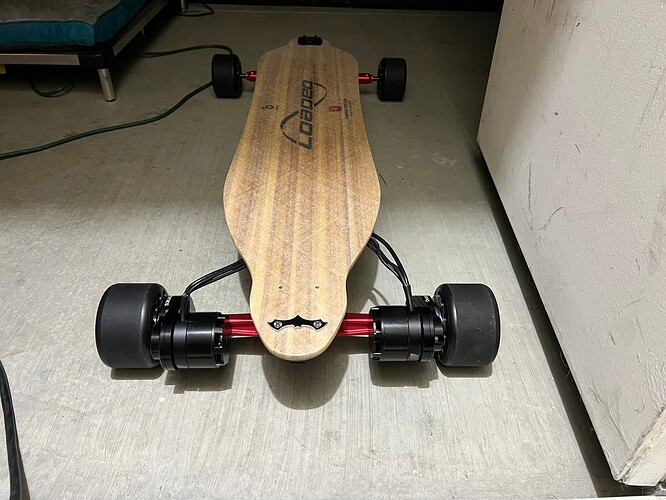 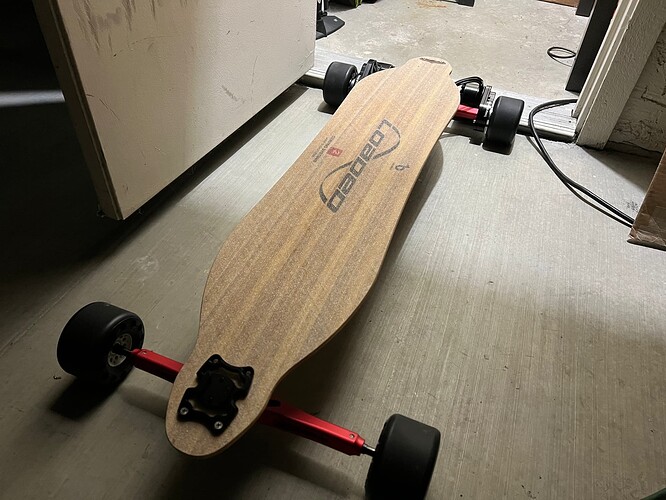 Man, this vanguard is hilarious with the luna’s. 20s right?

Also your workshop is clean af.

It took you 2 years to finally create a Topic!

Great job on the build! Except that you’re still using Phillips head screws

Yeah 20s battery is like 70% done, and agreed with Lunas it looks off lol. It’ll be a little bit better with the TKPs but won’t hold my breath since the vanguard is so skinny. My shop may not be that dirty, but putting together gear drives I have a lot of metal shaving/dust covering everything, gets picked up by the motors and magnetic tools lol.

@xsynatic haha yeah it took a while

. TBF the last time I had to use Phillips cause I couldn’t get anything better that was long enough (even online). For this mock-up I just used what I have on hand, and I just have a ton of Philips in all sorts of lengths.

BKB on GT3 is an excellent combo, it’s the perfect optimal amount of stretch