Greetings, over a week ago an electronic component on my hurricane has been fried, ive contacted support and they have mailed parts but in the event that they dont get here i was wondering if someone could assist and identify the part and inform me if its proprietary or if i could just purchase it from somewhere else. I appreciate any help. 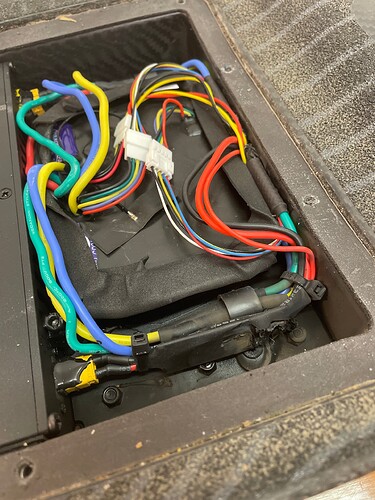 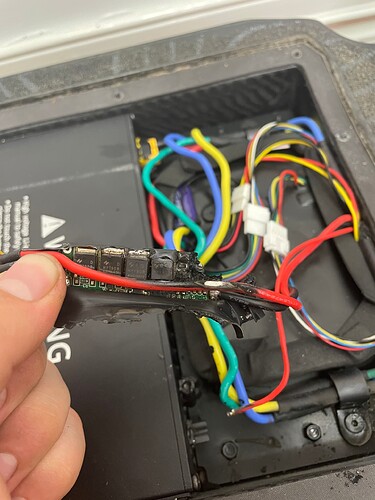 Wow that thing is fried, what happened?

That is the weird proprietary hurricane charge cable thing

got a local buddy that had the same issue, I’ve also seen this issue posted online before, is this a common failure?

Plugged in to charge and heard a pop, opened to see this, my best guess is that the heatshrink got worn down over the fastener and there was an arc, im just sick of waiting for the parts from meepo.

Yah that could be, it kind of looks like the corner pierced that one cable

No clue but im definitely putting silicon in between the component and the screw once ive replaced it, looks like it might have arced.

Something similar was happening somebody before. Maybe that thread will help you to answer some questions.

Hey guys, Recently I got the meepo hurricane and it was awesome!! For like 2 days…

After those 2 days it stopped charging and after inspection I knew that the charging module was broken. I already contacted meepo about it but as they are in holidays I expect them to deliver me the spare parts in more than a month or so. My question: do you know were I can get buy a spare charging module that I can use to replace the broken one? I’m based in germany. Thanks guys! [image] [image]

This is an antispark switch used for the battery side. I’ve fried one before. Whilst waiting for a replacement you can bypass your fried one by splicing the black wires together. Then plug the charger into the wall FIRST and into the board SECOND. I’ve been told I have been doing it wrong all along, doing it the other way around

. If you do it wrong you get a spark as the electricity quickly goes from the battery to the charger (since antispark is bypassed). Doing it the right way there might not be a spark, haven’t tried yet as I have a working antispark now.

Have you been plugging first into board, then into the wall too? Maybe that’s the reason we’re frying our antisparks

Question for the knowledgable, is it always implied to plug the charger first and board/battery second? An Exway for example?

I always plug my charger in first, or leave it plugged in. I also solder my own charge ports, never had a spark. Never had a spark on my old evolve boards either. Idk why this “charger antispark” is even necessary as the BMS should handle the protections. If anything a fuse on the charge port is far better than a stack of MOSFETs.

I always do it like that and nothing ever happened, so I guess that’s the correct way? Can’t say anything about the other way around, but it feels wrong to me.

I must say I am not 100% confident on the exact function of this part. But before the thing went out for me I was getting sparks when plugging the board into the charger. Soon it smoked up and gave out. With a working one there’s no sparking when plugging board to charger first (the wrong way!).

I have also tried bypassing by splicing the black wires together as I said and it charger fine and stopped charging when reaching full as well.

There is also a thinner red wire going from this thingy into the battery, not sure what it’s purpose is.

That thin Red wire likely goes to the BMS.

Honestly from reports it seems like it’s better to just not use one of these, and add a fuse of your own.

Ive been plugging in the board while the charger is turned of at the wall, and then switching the charger on, it did spark a couple times before it went though so honestly that might be it.

I always do it like that and nothing ever happened, so I guess that’s the correct way? Can’t say anything about the other way around, but it feels wrong to me.

Correct. Charger then board.

Our very own big deal Mr @mariocontino has an excellent video explaining the reason why its good to have charger plugged in and turned on before charging. 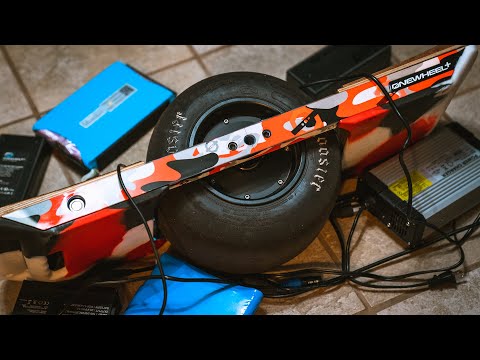 Update if anyone was interested, they sent me another ESC as well as a new charge/ power button port so no soldering was required, was fairly easy to take apart and put back together with hand tools.
One minor issue is that the new esc was put on the installation plate backwards??? it still fit but the cables were awkward to route.
Shipping took about two weeks and it sat in customs for another whole week, happy to be back in action. 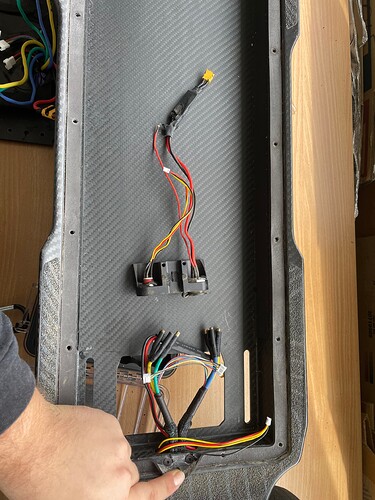 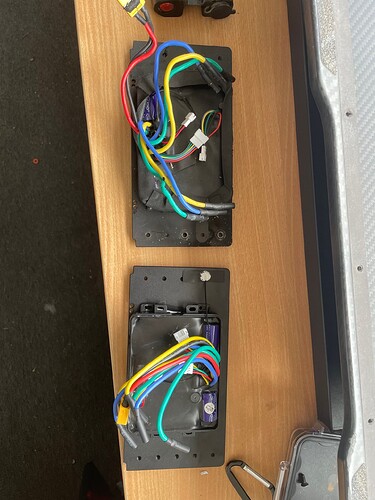 how is that every single hurricane i see doesn’t have hotglue under the esc heatsink, but mine does