How to break a truck

I’m interested in stories on how people have broken trucks. Seems to me the easiest way to do this is to run them over with a car. Anyone have a different experience? Which truck?

Calling @b264 since your incredible mechanical sympathy inspired this thread

Ive broken caliber ll on downhill boards twice. Way before i got into esk8. Just lots of sliding.
At least 3 pairs on freestyle popsicle decks.
Only one pair on a esk8 and they were the diyeboard ones. And i was super gentle with them. Never off a curb or anything like that. Just daily use.

Did it break under slide or after? What broke?

One set broke mid slide and the other broke during some hard carving.
One broke on the hanger one broke the axle right off.

I used “skate directly into a concrete barrier”.

It was super effective. 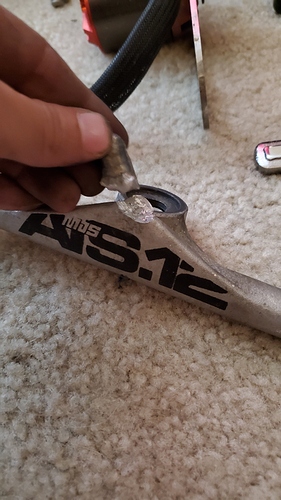 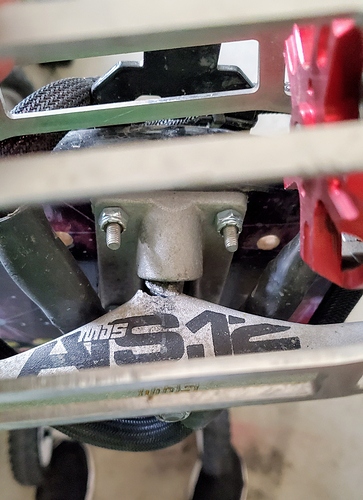 I was intentionally trying to hit speed bumps without needing to slow down more and more. I hit one really fast on my way home, rear truck got crazy loose, wobbled left then right and got bucked.

Awesome, thank you for the pics. pics are huge. Somehow didn’t think to look for failure there…

Only ever bent an axle on my TB218 trucks in the front by hitting a curb. Replaced the front truck and rear is the original i purchased in 2017 with like 2k miles on it and no signs of bending. 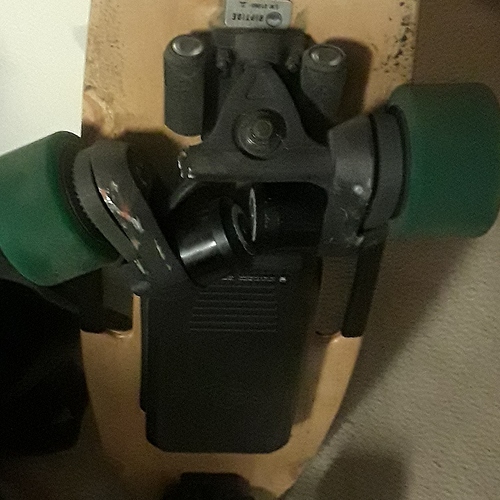 Trucks break after repeated stress. Any one bump won’t break it. 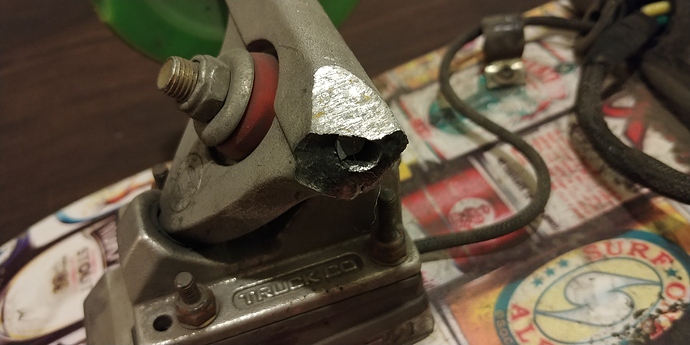 Aluminum fatigues alot faster than steel that’s why airplanes have a finite life cycle cause fatigue in the cabin from constant pressurization and depressurization can cause a failure.

Steel trucks would last forever but they would be way too heavy.

That’s not the only problem, for steel, bellow a certain stress, you can say that the fatigue life is infinite

For aluminum and most non ferrous materials/alloys there isn’t a plateau were it can take infinite cycles, it will fail if subject to cyclic loading, it may take a million years thought, @Grozniy even most titanium alloys

I’ve seen all types of bent/broken trucks but its just wear and tear, you need to do a lot of hard riding to break these things 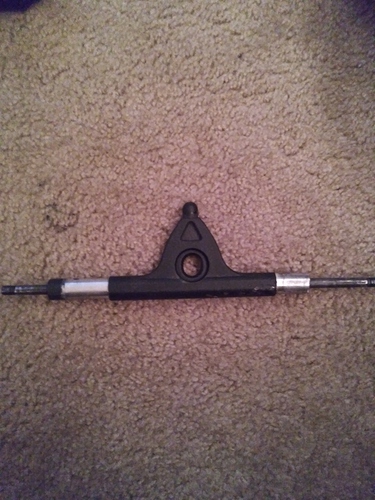 I broke my Evolve trucks by battling an automobile. I did not win.

EDIT: quick tip: Also apparently cracks in the sidewalk will crack this deck, but not running it over with a car. Who knew? 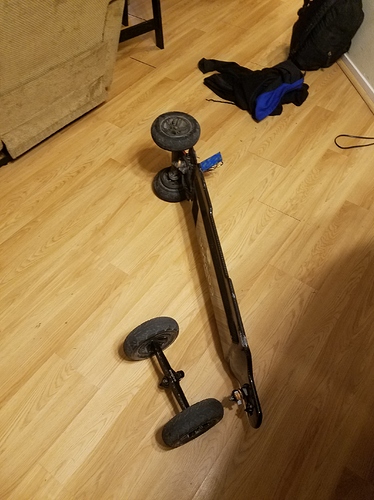 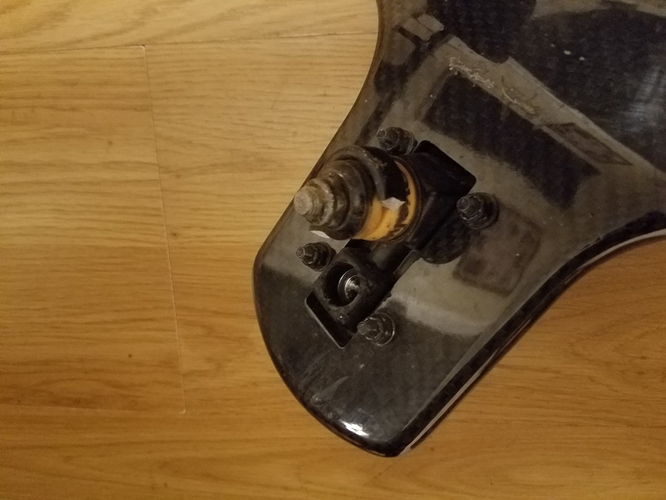 I curb hopped old caliber trucks. Bad idea. The hanger cracked and the baseplate chipped at the pivot cup.

3 sets of diye trucks so far, 1st moving 5mph, 2nd at more than 20 going up small kerb almost ran off into a wall, 3rd ollied up a kerb onto incomplete pacing didn’t shatter this time and only bent.