So, I had this: Folding commuter? - #34 by sevenfloorsdown. It used a LingYi ESC, a 6S battery and weighs 8kg. Having used it quite a while, I figured it was time to upgrade it, give it a new coat of paint (and grip) and make it lighter.

The aim is to have a relatively light weight board I can use when I need to be extra discreet (e.g. going into office buildings where I don’t work, crowded restaurants or pubs, or going on dates where I can’t drive). Another goal is to have a board I can take on flights. FYI, it’s 7.5 kg; previous version was 8.5 kg. 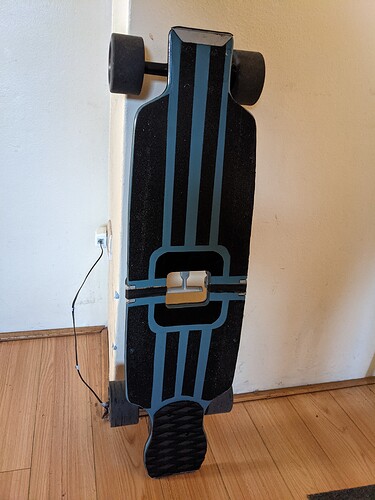 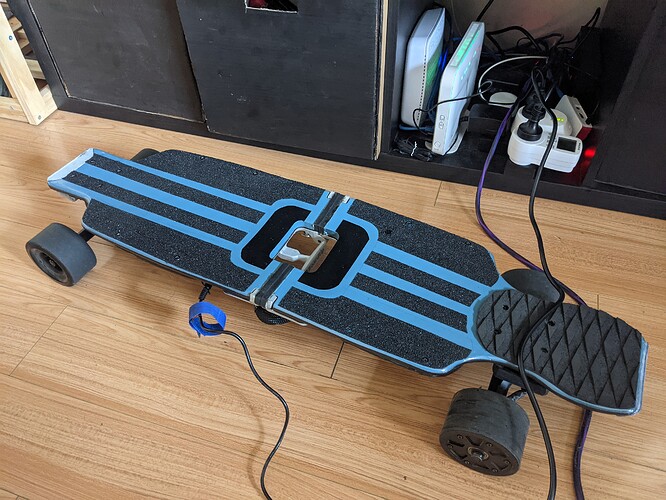 Below are some specs and the reasons for going for them. Also, take note, I am in Australia so I have limited access to some parts without paying an exorbitant price. I wanted to keep this build at a reasonable cost as it’s not meant to be ridden every day:

Some other things probably of interest:

Planning the build took some extra steps as I wanted it to fold flush still while still fitting the electricals. 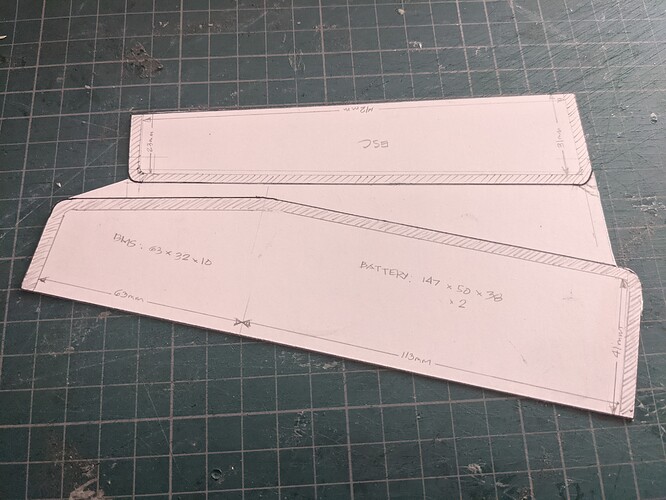 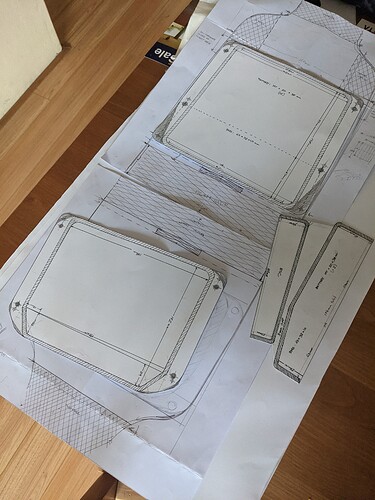 The enclosures, I got the inspiration from YouTubers making kydex holsters and also when I realized kydex is also a thermoplastic that behaves similarly to ABS which I’ve used in previous versions of this build. 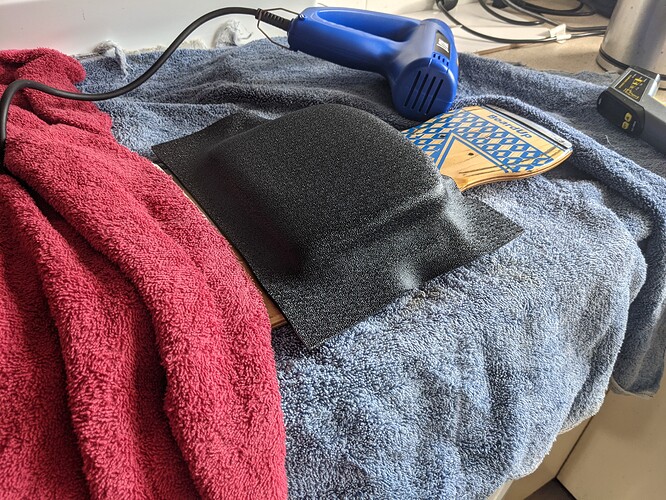 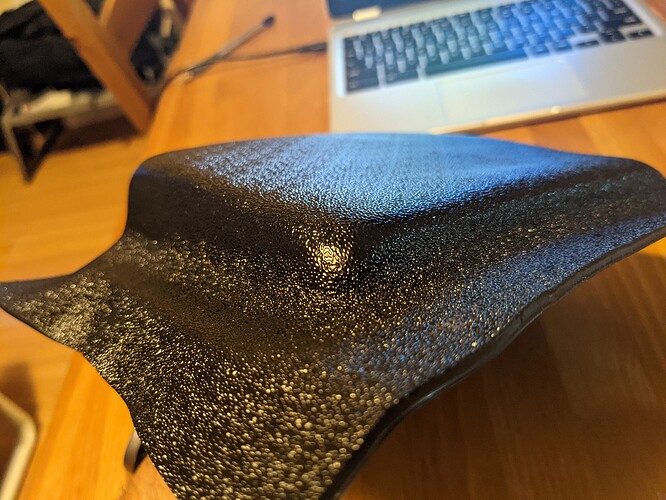 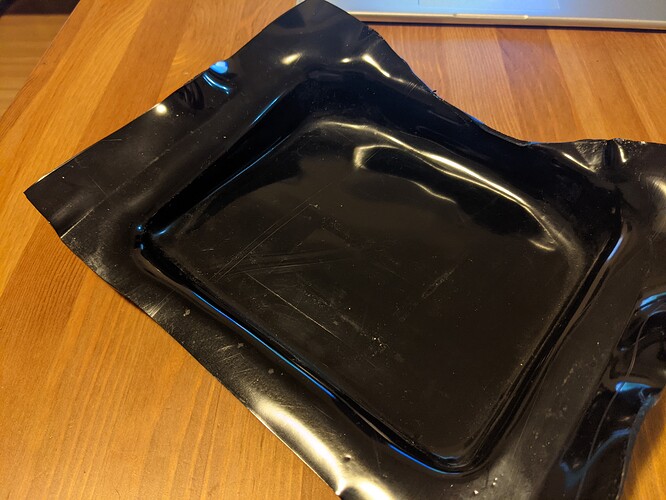 I did the heat forming on the deck so that I’d also get the curvature of the deck. After that, I did the paint job. Nothing special there: paint then clear coat then grip tape. Note that I used some paddleboard foam for the tail so that I could tell if I’m standing on it because the tail is basically flat. I also lined the edges of the deck with some reflective tape for some passive lighting safety. 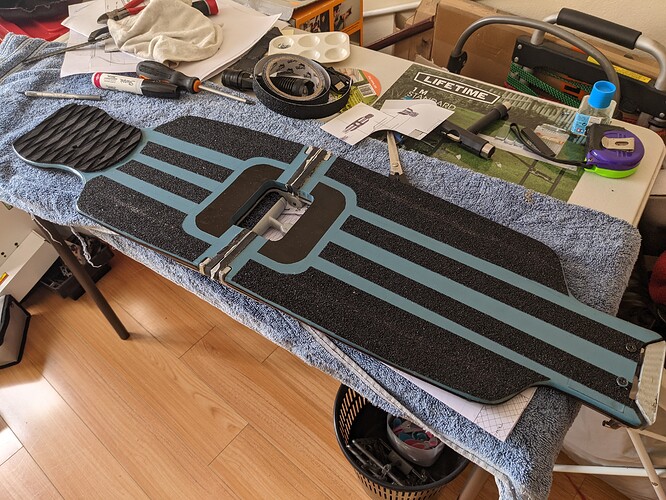 As it’s basically ‘hand molded,’ there was a lot of adjustments made too to make sure things fit when folded. 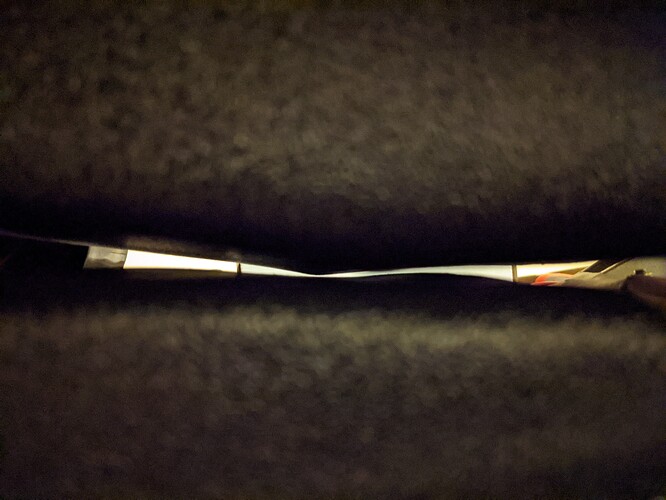 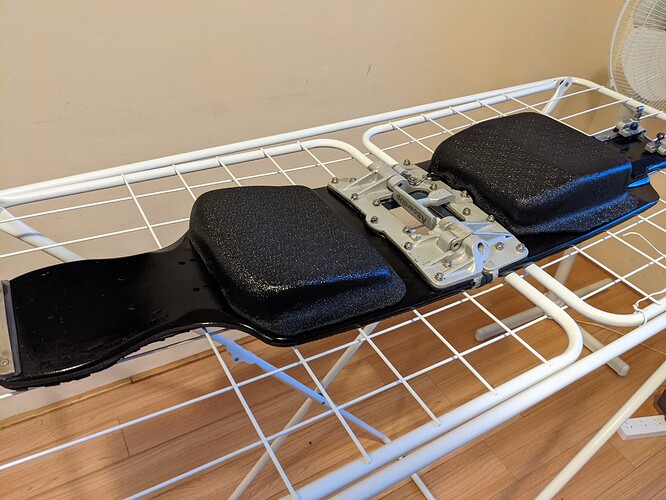 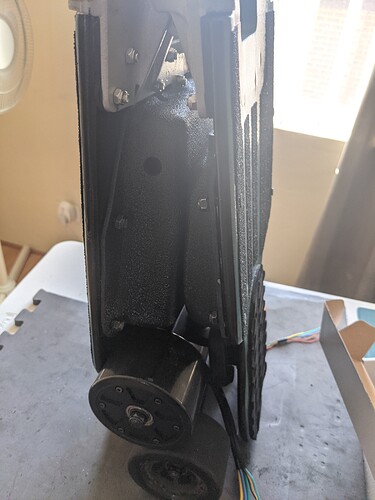 Here’s a preliminary fit. Note that I still had lipos here which I eventually replaced with li-ion because I wasn’t confident the lipos would be safe in the long run. 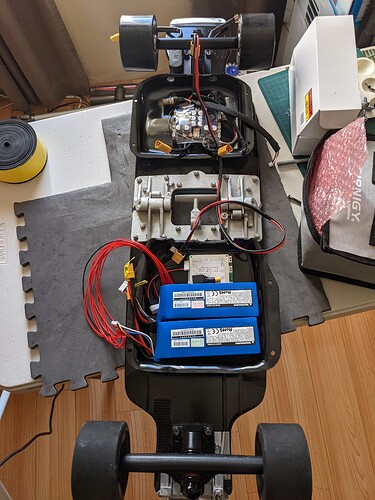 Here’s the pack I eventually built. I don’t have a spot welder so there was a lot of nervous trimming of the existing nickel tabs, soldering, and wiring. It’s encased in some EVA foam for fit and shock absorption as well. It also sticks to the deck with some heavy duty velcro so that it eases some of the load off the enclosure. I couldn’t be bothered buying some plastic shrink wrap so on top of the fish paper, kapton tape and foam, I just used some fabric-less duct tape (I forgot which brand as I bought it years ago and has held up well in the various things I’ve used it on, better than the scotch brand duct tape most people know). 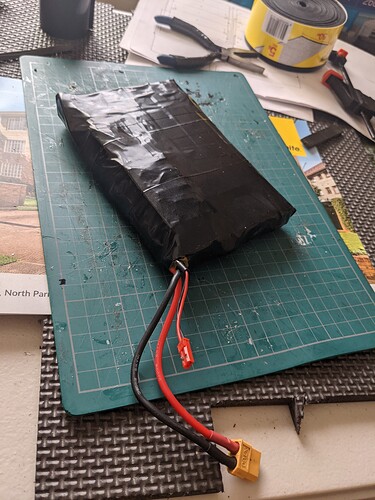 Here is the finished board from underneath. 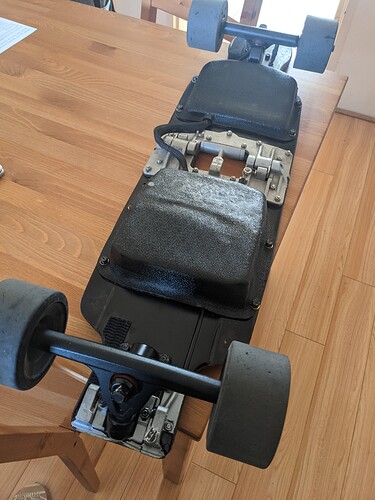 As for the VESC settings, nothing special: your usual reasonable configurations most people use (e.g. 17A battery current for each motor).

It’s not a very exciting build but I think it fits the niche use case perfectly. Takes me from point A to B and put it in a backpack when I can’t ride it.

Such an awesome build dude. I sincerely appreciate the write up. It’d be sick if you could have backpack straps on the top of the deck. Probably not the most comfortable but would be hecka easy to carry. I imagine you just hold it by that handle shaped object in the middle, briefcase style?

Yup; boardup has an info sheet showing you how to step on it to fold so that you can just reach down to the handle and pick it up. It works quite well, actually.

You could put backpack straps on this (I’ve specifically put non-abrasive grip tape) but the thing already fits most 20L backpacks. Plus, you’d still need to stow away your helmet. I have a helmet I bought specifically for this board–to be extra discreet. I had a Plixi but I crashed on that once and now I can’t find a suitable replacement for a reasonable price.).

Oh wow I was scaling it bigger in my mind. Well done.

I just know of it; I may consider it if/when I upgrade the battery.

Awesome mate, hats off to anyone building on a board up. The space is sooo tight. 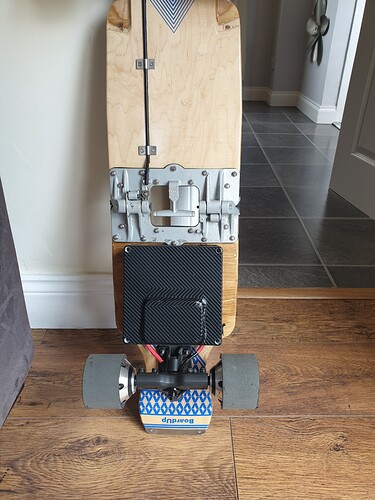 I remember that; I wish I could go with 288 WH but it’s hard to figure out to get <100 WH packs (for flight guidelines compliance) to combine AND still fit things in the tiny space available.

Yes definitely hard to fit the right battery I don’t fly much. I could always make a smaller pack for travel. I do love being able to take it every where in a back pack.