@eBoosted that sounds scarily similar to my own experiences 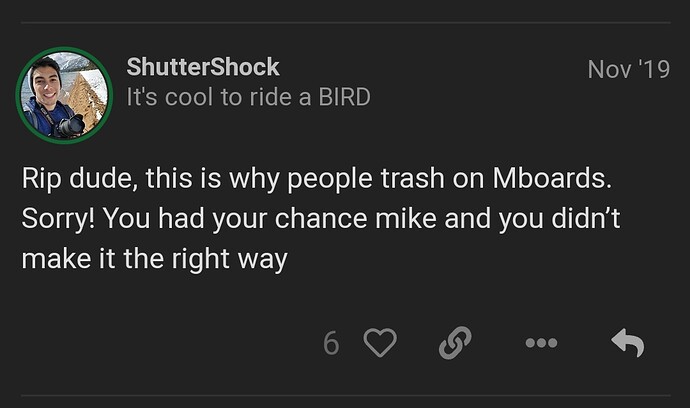 You know I love you, Ryan, but this is just too timely.

I will comment on it even though you deleted it - I do believe people can change. I’m not going to say anything else really

All I am going to say for now is that I wish this wasn’t the case. It would be nice if the main person running it was someone from Onsra or someone else that hasn’t burnt the community

Whatever geezer, thanks for my next NFT.

I’m trying my best to be a contributor like @b264.

I do believe people can change

Awwww. He still has hope for people.

We should let him have this for now while he’s all pretty & young.

I’m trying my best to be a contributor like @b264.

I took a screenshot of this for next year. 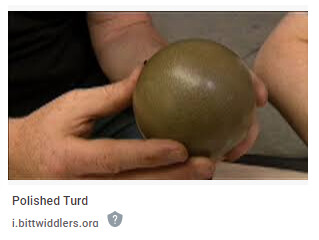 That aside I do try to keep a positive outlook on things until proven wrong, it doesn’t always end well but I prefer being positive over trashing on people that I haven’t had personal experience with

I just have to share my opinion on EVERYTHING, post more than double as much as the next closest person, and shoot some dogs.

How hard can that be?

@ShutterShock you want to give Mike another chance, saying that people change. I have a perfect example here for you.

In Finland, prisoners are considered equal, even those sentenced to life. The prisons are located in the middle of nowhere on ice, prisoners are free to go where they want (can), and are given a second chance. Inside the prisons they learn, have access to the internet, make money by working online.
Now 2/3 of those that come out of prison rejoin the society and contribute.

In America something like 3/5 go straight back to prison.

Now look on the other hand. Let’s say a family lost their daughter in Finland because she was murdered. The guy gets 20 years (or life). But doing and after these 20 years he contributes to society, gets given a second chance. In the family’s eyes this is unfair right? Did their daughter get a second chance? No. She’s dead.

Okay so we’ll dumb this down because we are talking about Mike beard here. So either we forgive him and say he us trying to change and you qualify making this esk8con for our best interest (even though he’ll make a lot of money if the places get taken up(bought))
Or you say that he never tried to help, in fact he never excused himself, never helped our community, was always trying to make money in unethical ways, scammed people, ingored people, took away something from other people that they’ll never get back ( time and money) and that he deserves no attention from us.

So on what conditions do you forgive him? That’s the real question. I don’t see him doing anything that is helping us. He us doing this for money, and of course for being seen. It’s las Vegas for God sake.

Hmmm you do make good points.

I guess the event is in the best interest of the community but the contrived inspiration behind the event is not - the problem is, I doubt he will even care or comment on anything we have to say here

What do we do, boycott it? Idk at this point.

What do we do, boycott it? Idk at this point.

Honestly I think what Bill said will sum it up

Well, my strong suspicion is you’ll be the only Ferrari vendor at a Toyota Tercel convention.

Lmao don’t mind me I was 6 beers deep watching how to get away with murder. I still wanna hit this up. I don’t care if the organizers suck, most of the community doesnt, and i haven’t gotten to actually meet any of you guys and I’d like to ride. Let’s all just go, and do a group ride circling the venue all day if the event turns out to suck xD

Let’s all just go, and do a group ride circling the venue all day if the event turns out to suck xD

If this doesn’t get 100 likes, I’m sexing all your fathers.

Do you guys prefer “MBombs” “Throw out your MBoard” or just “Mike Beard is the devil?”