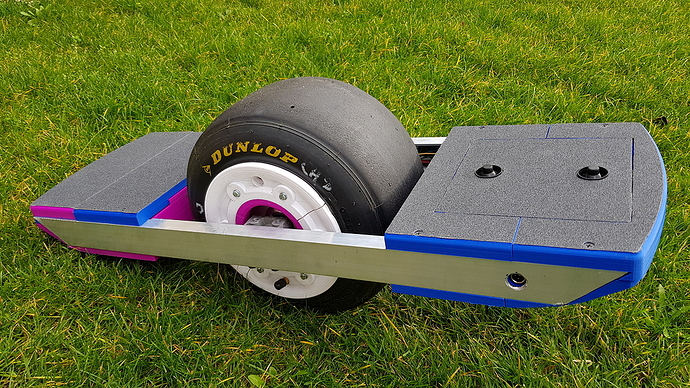 Hi Guys, first post here although I have been reading along for some time. I have been eyeballing Onewheels for some months already but can’t justify the costs of a new one. The market for used boards is almost non existing here in the Netherlands so I was really stoked to learn that people are actually building these with parts from Hoverboards as low budget alternative.

The 3D printed version from Ddrito was most accessible for me with the tools I have available.

Printing the hub/rim for the wheels. Later I discovered that with this print orientation (or with my printer setting) that inside needed to be sanded down a bit. The hub is a really snug fit around the hoverboard wheels. With a 4 layer perimeter print setting it seems to hold the load of the Onewheel and passenger quite well. 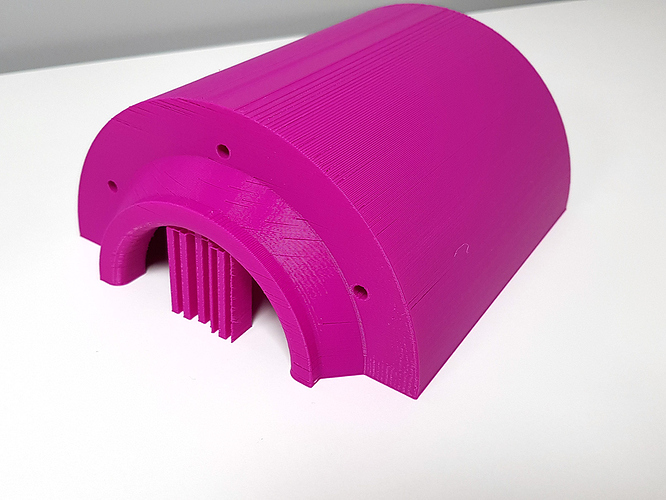 Most of the files have been designed for a printer with 30x30cm printbed. My Flashforge has a 16x26cm printsize so I had to split some of the print files. 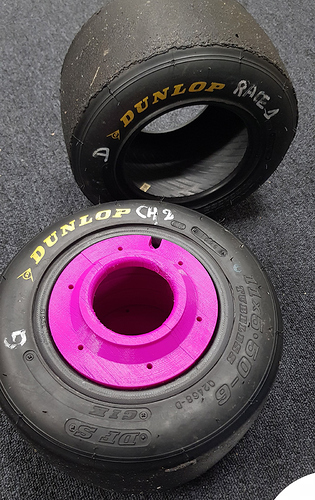 Because the wheelhub encloses the hoverboard motors the diameter can not be smaller than 6”. This rules out using 5” Gokart tyres. A bit of a shame because 5” tires are only €30,- new. And the original Onewheel tires are often €80 or more. Luckily the owner of a Superkart team lives only 15 minutes away from me and he was kind enough to donate some Dunlop 11x5.5-6 tires that had only been used for a qualifying race 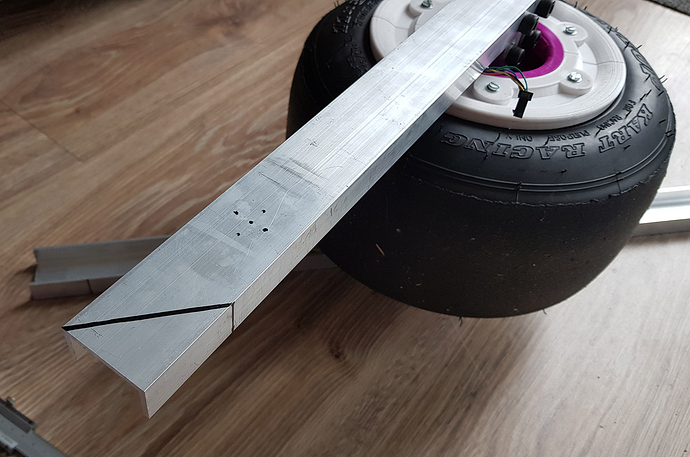 Aluminum rails are 20x40x20 mm size and 3mm thick. Local hardware stores only had 2mm thick profiles but an online supplier was able to supply them for €20.- shipped.

The beauty of Hoverboards is that they produced millions of them and because the hype has past you can get used ones online for €50.- or less. For that money you get a 10S2P 18650 battery, 2BLCD controllers, 2x 350 Watt motors and 2 gyro sensor boards. Sounds like a good deal to me.

Wheel assembly. The rim is not tubeless, so an oversized inner tube is placed. Because of the motors the valve has to exit on the side of the rim. A flexible valve extension is used for this. The extensions that I could source locally all had a bigger shell than the printed design accounted for. Some modifications where necessary to make this fit. 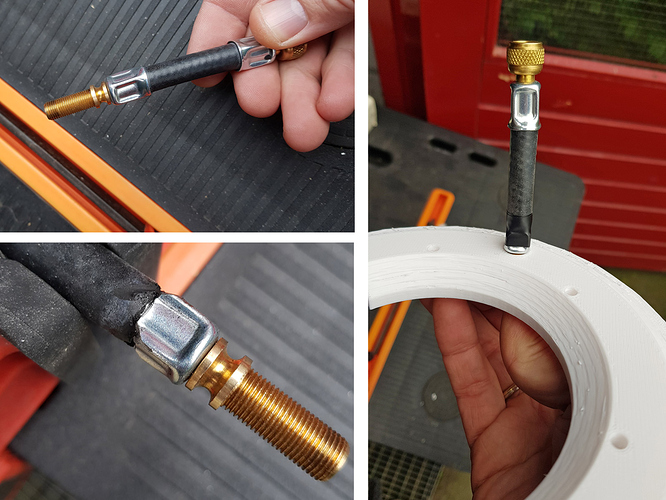 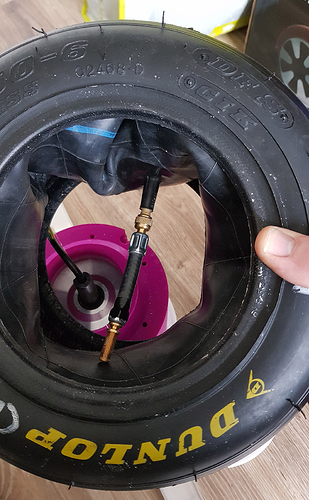 innertube991×1600 390 KB
Once printed all parts come together really nice and it shows that the designer of files really had some thoughts about designing the components. 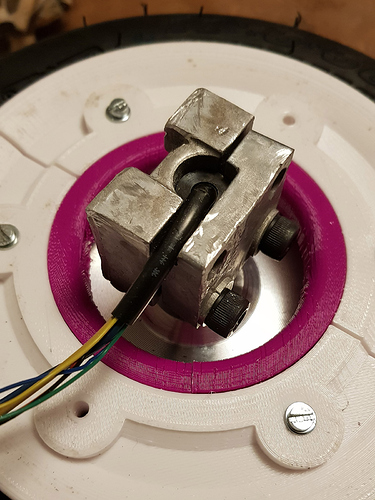 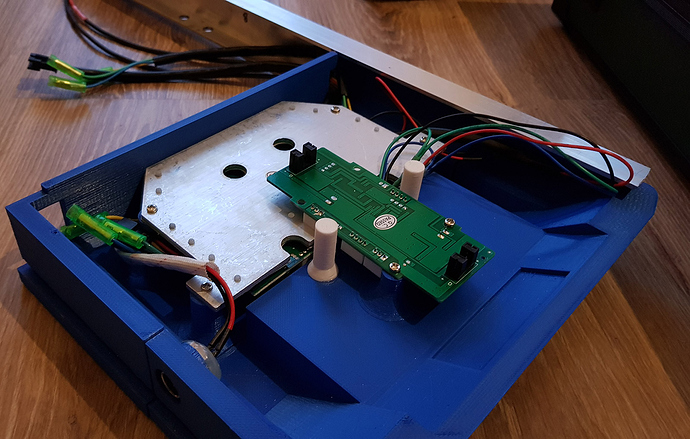 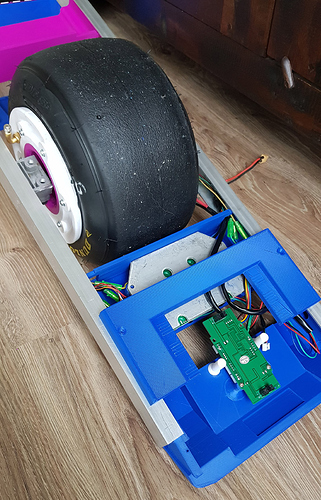 It rides…. Well kind off. It turns out that the manufacturers of these batteries like to cut some corners while producing. The BMS would cut off during power peaks. I would not be surprised if 5A is the true current rating on this BMS unit. As the IR on the individual cells don’t show anything out of the ordinary I decided to bypass the BMS temporarily. This solved the problem but it is not a permanent solution off course (don’t try this at home people).

This is true DIY . like the use of cannibalized hover boards mixed in with 3d prints. Nice . I’ve seen 2 other diy o newheels. If you search for them on the forum you should be able to find them

This is super cool. Are you going to try and weld your own battery together?

Thanks. I have a Sunkko spotwelder available and just purchased 5 detective hoverboard batteries. Should be more than enough to salvage enough cells to make matched pack for the Onewheel.

I’ll try to make some ride video in the weekend if weather permits it.

With the title one wheel hoverboard I was expecting the wheel facing perpendicular to the foot board like a hoverboard, I guess that would make it a diy EUC though. Would be cool EUC with these fat tires though lol.

How do you intend to fix stated problem? How much did it cost? How fast is it ? Cool build! 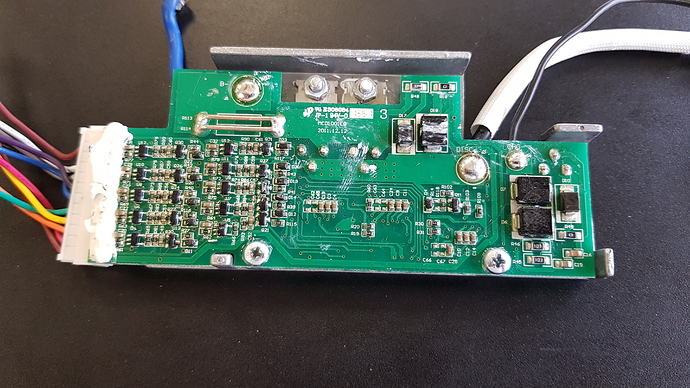 Got a 30A continues BMS from an e-bike battery for now. This should work until I can build a bigger battery.

For riding I am not sure if the loose feedback is just me getting used to the board or if I need custom firmware like the Bipropellant Hoverboard firmware on Github. I need more time to tell. And I am hoping someone with experience on this hardware drops in to give advice.

Costs. I went into the extreme with the used tyre and stuff. Right now I have spend around 120€ plus a lot of time. Builds under 200€ should be easily manageable.

I have ordered skateboard griptape. The PLA printed surface is much too slippery. Hopefully this will also help with creating a locked in feel.

additionally you could also add some “concave” to the standing platforms, with epoxy or whatever, before you add the griptape or frit…

i love my OW+. it is ridiculously awesome.
i couldnt justify the price so i bought it used for $600 with under 3miles. the seller’s kid couldnt ride it and he thought no one else could either.

Argh. 600$ for a decent OW+. They actually go for almost double that amount here locally.

Replaced the ‘bending’ pressure plate today. I found it to be unreliable. The new plate is rigid and has the rubber foot switches from the hoverboard. Works like a charm. 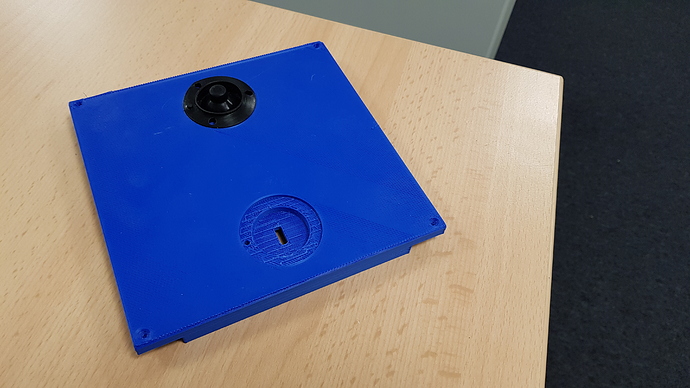 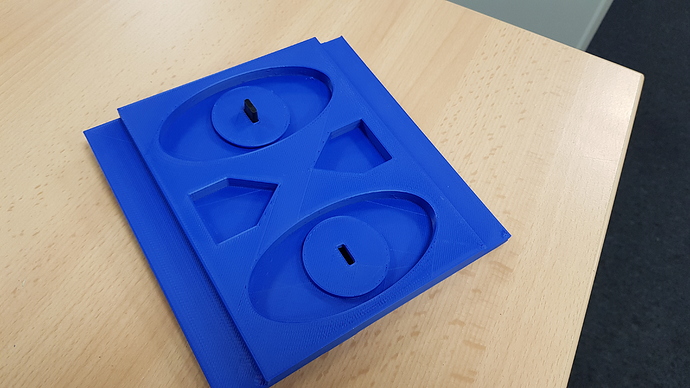 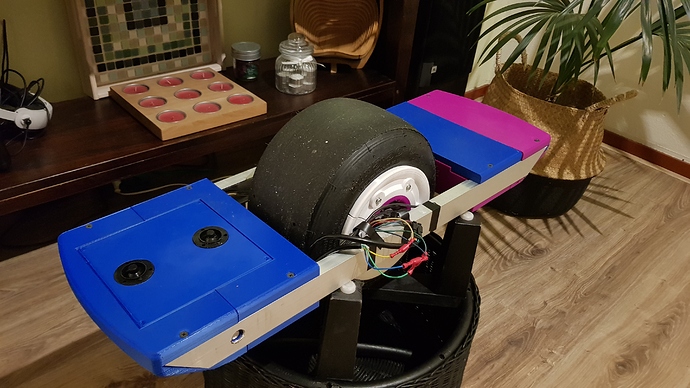 Next up, lining up the magnets from both motors in the hub so the hall sensors are synchronized. This was a tip given to me to improve the responsiveness of the Onewheel.

So cool seeing threads like this with lots of true DIY. I could never do this level of building it’s seriously impressive.

Today I aligned the hoverboard motors. Turned out I had one wheel rotated 1/6 turn and the hall sensors don’t like that. 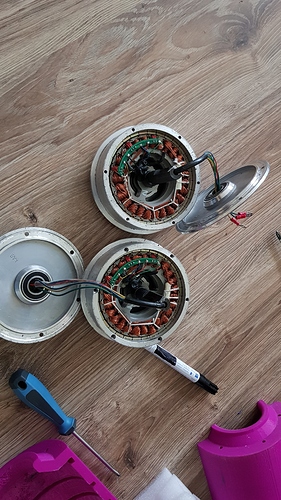 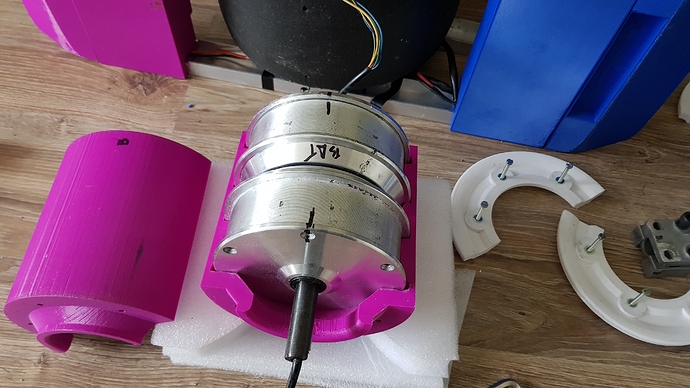 The response on the motors is much better now. I can now ride on grass and dirt without stalling.

Also applied griptape. Looks much more finished and off course it helps with controlling the board. 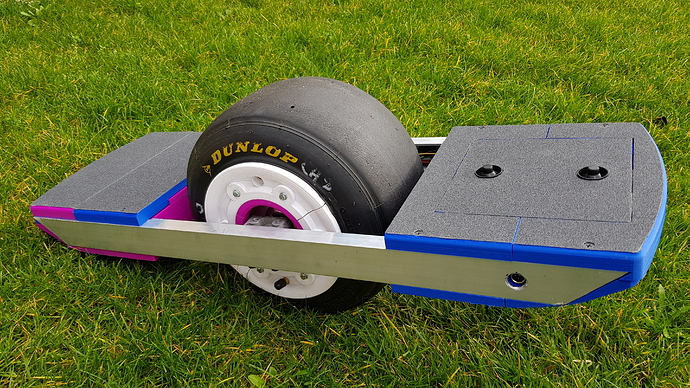 Nice build man, I really like this idea. I’ve actually been thinking about doing something like this. I started dissecting my hoverboard today. How do you line up the magnets? To me it looks like it shouldn’t matter, but I’m probably missing something

I also thought it would not matter. But in reality it is night and day difference.

The guy from ZBLab had one wheel with the magnets shifted about 4 degrees. If you encounter that you are basically scr#wed because it is difficult to correct. 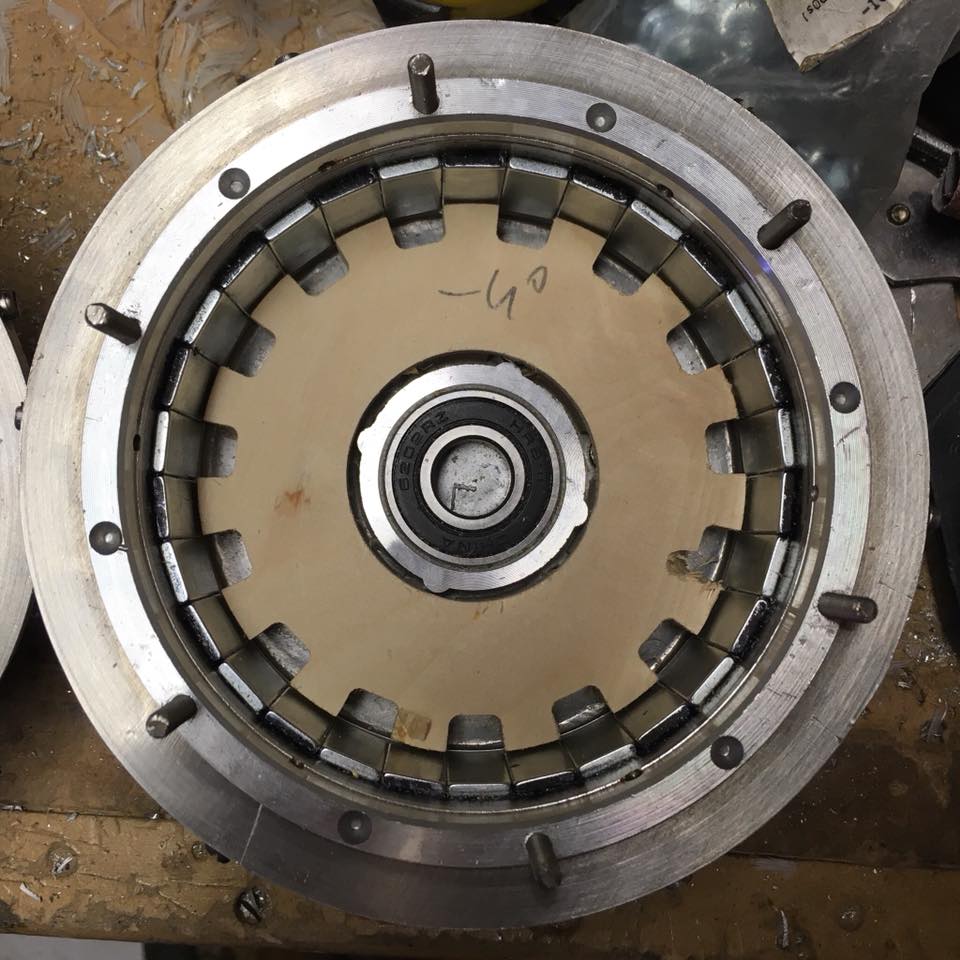 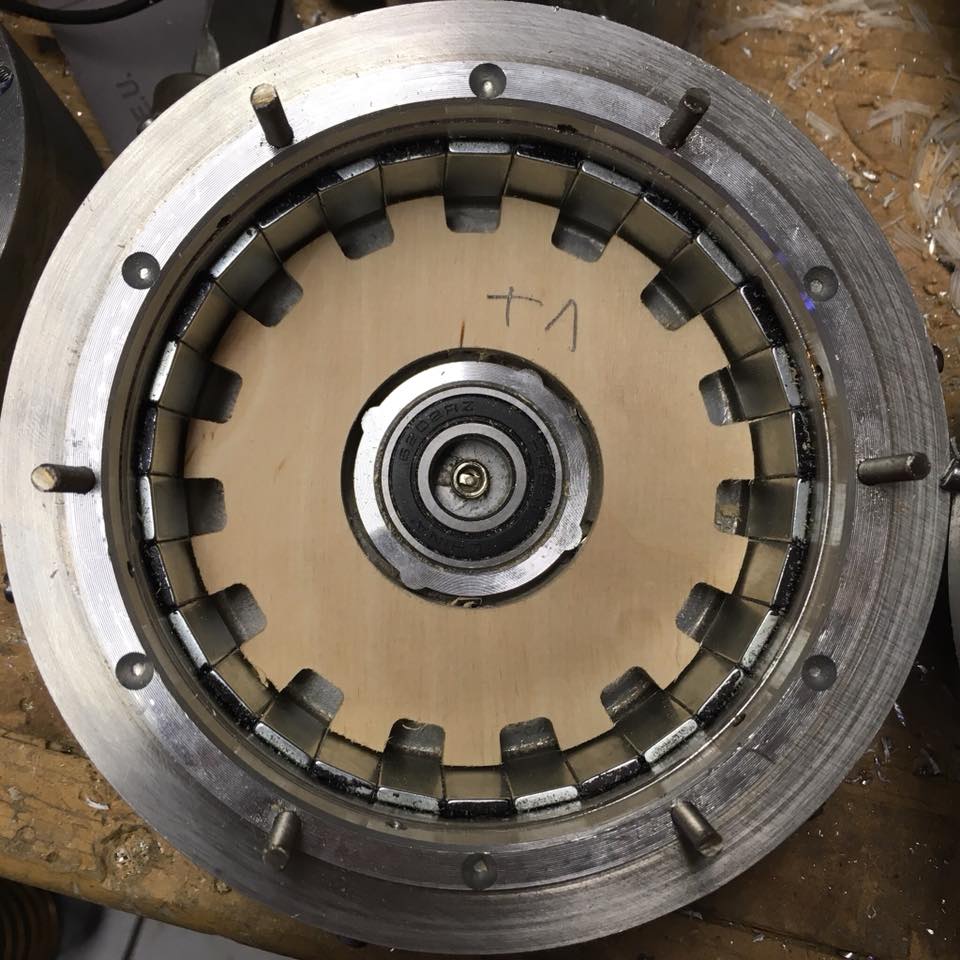 Check out the position of the magnets in these 2 photos compared to the mounting holes and you will see the offset.

In my case it was easy. The magnets in the wheel were correct. I just had one of the motors rotated 1/6 turn. If you are using the 3d printed hub just make sure that the hall sensor is in the same position on both wheels when you assemble it. You could check by putting a multimeter on ground and yellow of the hall sensor cable. When rotating the wheel it will go from 0V to 3.3V. The moment of transition should be the same in both wheels.

Updated the battery from a single 10s2p hoverboard pack to dual 6S3P in series. From first testing top speed is over 25 km per hour and range around 10-12km. 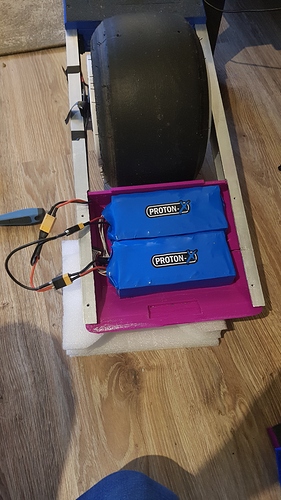 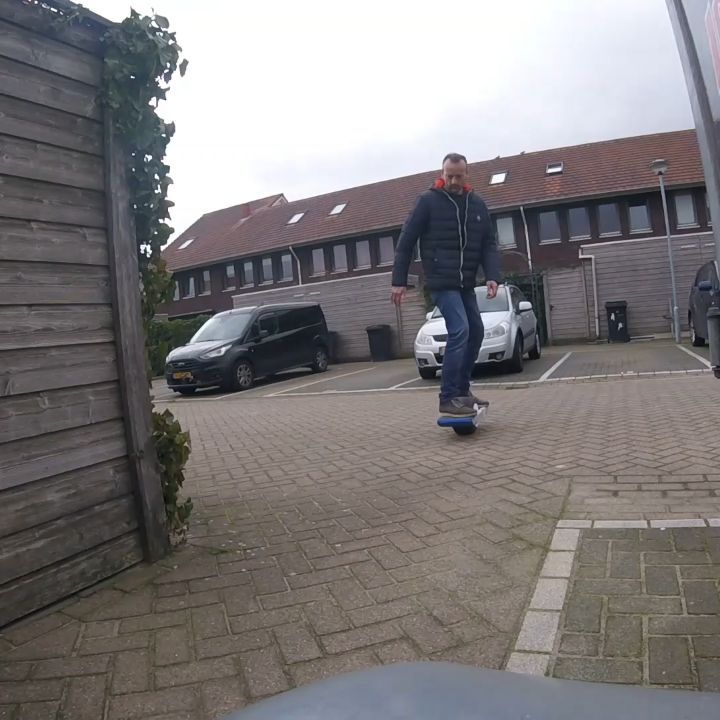 What kind of cells are you using in the new batteries?