Recently I have the opportunity to try out the non SR branded Foamies from one of the local esk8 reseller in Malaysia and I’ve clocked around 30 kilometres on it, not a whole lot but I’ve done the runs at a car free route that has variety of road conditions

I’ve first known of the existence of the non SR branded foamies from my Ownboard guy in China and asked for the price, I was told that they will still cost approx 600+ yuan (USD$ 85) per set so I didn’t want to spend the money before trying it out…I’m currently running on the 90mm boosted stratus clones with offset core and I have to say they are really great compared to my previous 97mm flywheel clones…

I’ve listed down the general pros and cons of the wheel based on my own usage and experience.

I’ve snap some photos of the wheels comparing to my 90mm and also how it looks when it’s on the board, you can see them here - https://imgur.com/a/1mdH5H4

All in all, I would say it’s a good buy only if you have the additional money to spare because imho the improvement is quite little that I don’t think spending the $ 85 is worth it considering it’s double of the price for my 90mm boosted stratus clones

I might missed out some things that is minor so if you have any question, please do comment below and I will try my best to share my views on it

TL;DR - ride comfort improvement is minimal, not so worth the price, huge size can be a plus/minus according to your taste…

A little update on the cloudwheels I tested previously…

But this set isn’t the same as the previous ones cos the previous set that I tested wear totally blanked out Thane, so I couldn’t actually see if they have the foam inside or not…the new set is the translucent ones so I could see clearly that the foams are inside

All in all they are pretty good wheels for those that can accept the lose of torque and also it’s huge size, I’m still not a fan solely because the narrow contact patch…

ride comfort improvement is minimal, not so worth the price

Uh no you’re wrong, the difference is massive over clone 90mm wheels I don’t even know why you would say they’re even close. And most people who diy aren’t putting them on a boosted and sacrificing range/acceleration. They’re using proper gearing. I’m sorry this is a terrible review.

Uh no you’re wrong, the difference is massive over clone 90mm wheels

Seconded. And even over 97mms tbh. They feel really good to ride on (albeit having tried them for just abit). Folks here also seem to like it alot, considering its price.

I rode on abec clones for a day and instantly regretted the time I wasted installing pulleys on them.

I tested the wheels on my own Foosted build with a 15/36 gearing and my 90mm clones aren’t the regular flywheel clone, they are the offset ones which resembles the boosted stealth wheels. 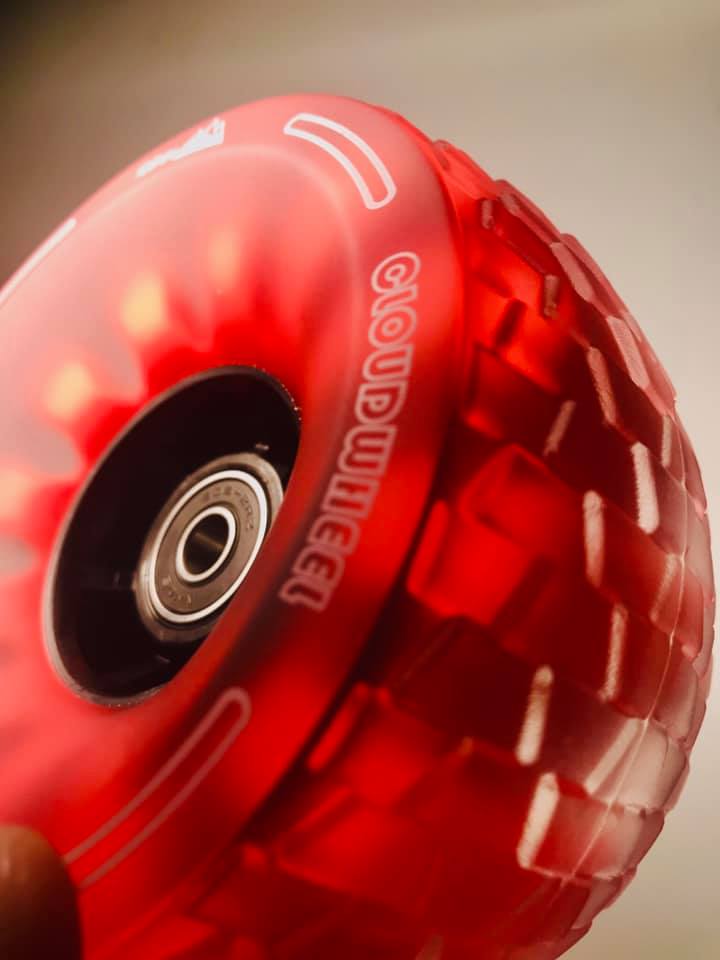 I prefer the grey

I checked them out today. @CarbonV got a set. They are massive. Probably a good solution between
standard urethane and AT wheels

I think those boas got to go

all reviews are subjective.

but I prefer slightly subtle colours

I prefer the grey

all reviews are subjective.

Thanks for understanding man, I wrote the review solely for sharing and the statements were all my own views on the wheel

I checked them out today. @CarbonV got a set. They are massive. Probably a good solution between
standard urethane and AT wheels

They indeed are massive/huge, my friend who rode together with me during the review ride thought it was an AT wheel at first glance

Not calling your review bad, not even gonna comment on the content since I haven’t tested them myself and therefor have no opinion on them, but maybe test the wheels more than literally just one normal weekend cruise before you write a review on them.

Not calling your review bad

Not calling your review bad, not even gonna comment on the content since I haven’t tested them myself and therefor have no opinion on them, but maybe test the wheels more than literally just one normal weekend cruise before you write a review on them.

I totally understand your point of view man :+1 that’s why I say it is my own opinion on it

But thanks for giving a constructive feedback

Thanks again for the feedback @Kellag

Just went for my third long ride with the Cloud Wheels. Starting to really like them. I was on abec 107mm for the longest time and loved it but wanted bigger without having to get new wheel pulleys for TB110s and was waiting the the Abec 111mm but it’s taking too long. Finally decided to get the TB150mm pneumatics. Love the feel but the lost of range was devastating for a large guy.

The initial ride had a lot to tiny vibrations that was annoying. But the ride I just finished finally toned it down a lot. The ride is plush and went over debris and the three damn wooden bridges with acceptable vibrations.

As for the battery, I’m glad to gain the range back and will probably put the pneumatic on another board in the future. 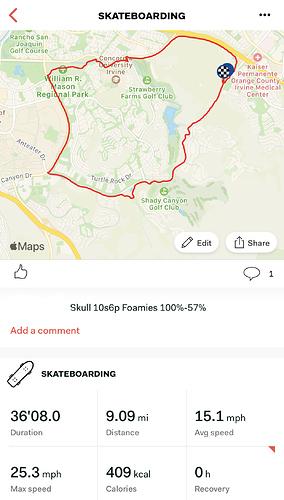 Put the BOOsted in the trash can and put more time on them foam filled wheels. You’ll Love them watch

And yes guys. They’re totally worth them money. Buy them

I can’t believe there’s still Boosted crews. Can’t imagine that pathetically short and slow ride day in and day out

Sometimes riders don’t have the proper guidance to help them out. Heck. I used to be all about evolve but then got to try diy Thats when I realized their stuff is crap compared to other offerings for about the same or less

End of the story