Can I BYPASS My BMS DISCHARGE?

Have one cell w/ a lower voltage battery. Pulling my whole board down (12S4P) to a couple miles. Can I temporarily (digitally or physically) bypass my BMS for discharge only? I know I need to rebuild that cell but would have been nice if I could have ridden my board home with all the juice in the other cells. Hope I’m making sense.

Be careful though, you’ve got a dead parallel group already and using it will fuck up everything, just manually charge that group and report back to us

I spent the morning taking the bad cell out and tacking a good “4.2v” group of 4 together. Soldered the ground and put it back together. The new pack stays topped off and I now cannot charge the rest of the cells.
Guessing I need to take it back apart and balance each cell manually?

Either that or drain the new pack to match the rest

Okay. I have most of my cells welded, charged and balanced. Waiting on Amazon for the nickel and last four Samsung 30q’s. Before putting this all back together, I’m asking for the best way to connect the bms bypass c-to p- and if I’m marking these correctly. 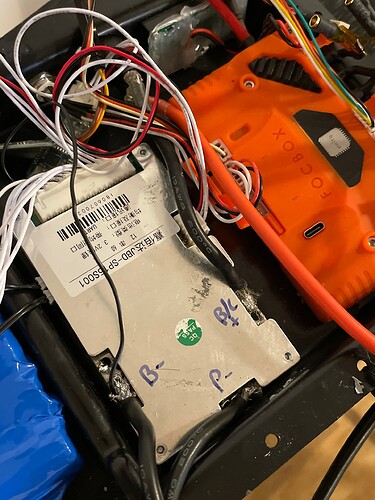 Is it just me, or do those joints look a bit too sketchy? Is there no short to the bms housing? 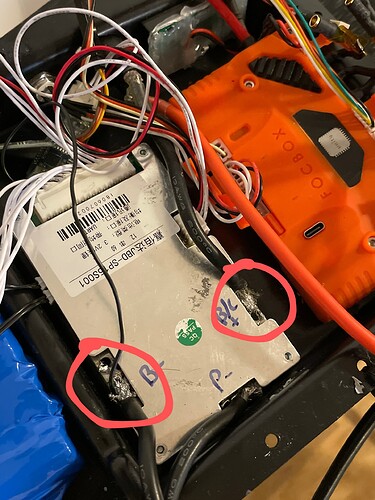 No short.
Yea. The joints are solid and not arcing. The previous owner had a hot iron and a lot of solder.

Are the points labeled correctly?

Also, he did give me a disclaimer on one of your circles … I’ll can clean them up but hate to meddle with it working.

If you don’t have a soldering iron to solder them on properly, at the very least trim the frayed wire end so it doesn’t hit something and short

I have a soldering iron and can deal with that. Anyhow. Any idea about the labeling? 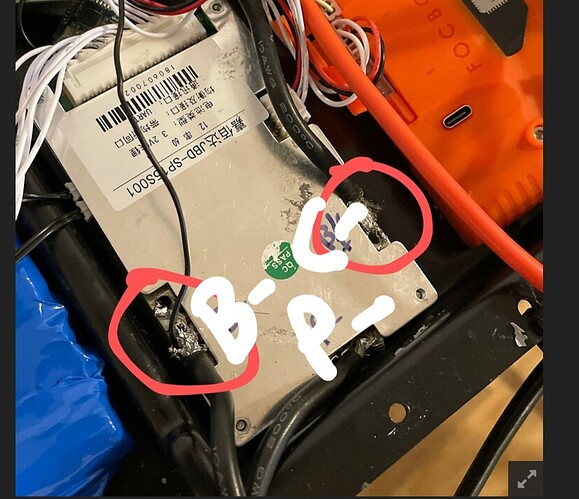 Awesome, thanks! Last question before I connect these two wires. Just want to confirm. To bypass, I connect the P- and the B-
The P- will still end up going to the XT60 and the B- will still go to the negative wire on my first battery in the series? 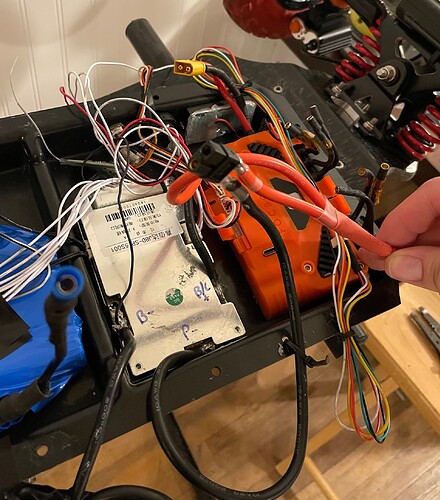 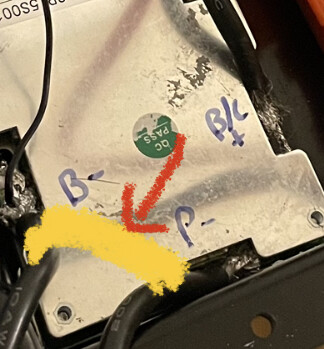 I’m asking for the best way to connect the bms bypass c-to p- and if I’m marking these correctly.

If your BMS doesn’t have C- or CH-, then connect that wire to P-

Sorry. I’m a lifelong noob. Thanks for the effort, but r u you telling me to make a loop key?

Is it feasible to just connect the two wires from the pic for bypassing discharge?

You don’t have to, there are many circuits in that thread if you look. That’s only one circuit that demonstrates a hybrid (bypass & discharge) configuration. I use that circuit or derivatives of it frequently.

Loopkeys are never a bad idea though, even if you have electronic switching.

An update: the Unity has blown its antispark already after just shy of two months and probably 60 power cycles -ish. (I usually turn it on about once per day, because I have the shutdown timeout set at 5 hours)

Luckily, I wired it with a loopkey

from the get-go so there is no repair needed. The power button changed to a power light is the only difference now. 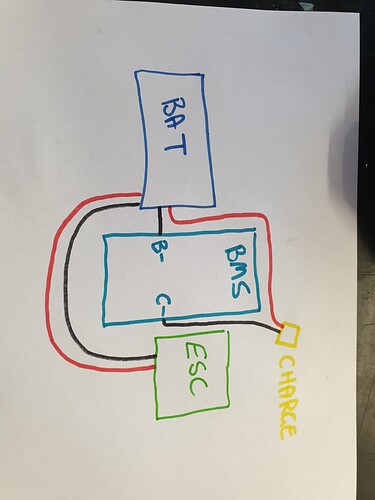 Leave P- on the bms completely free of anything. Definitely do NOT connect B- and P-.

Put a fuse on the charge port though 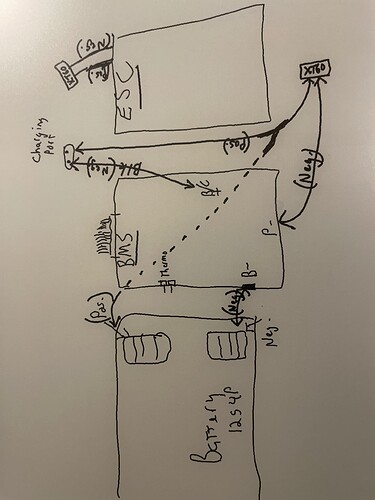