I’m going to need a vehicle to get to the bus stop which is around a mile and a half away from my house. I have wanted to build a DIY esk8 for a while now and this is a great excuse. Heres what I’m thinking:

I’m still undecided on the motor however, I need it to go 25mph~ish. Im thinking either a 6355 or a 6374, which one do you guys think is going to be better for this application? I’m also undecided on the esc, I need it to be a reliable Vesc, but don’t need a crazy power one. What would you guys suggest for this? Also feel free to critique this list and give me suggestions. I want to make this a fun and reliable build.

Why a DIY enclosure? Just for fun?

As someone who has built a loaded build, get eBoosted’s enclosure. I have the 10s4p and when people ask to look at the board and I tell them I built it they are astonished. It’s a match made in heaven. eBoosted shop

Hope to see your build come to fruition!

Also supposed to be a new 12s4p Vanguard enclosure on the way. I’m waiting for that enclosure to continue my project.

Hey! I would highly suggest sorting your enclosure first if you’re gonna DIY it, and not buy anything else until you have that.

If I could be of assistance, it would be to choose your items in a certain order. Don’t choose anything else until you’ve chosen your deck and enclosure. Because you need to know if it will even fit. Enclosures are much more difficult than you think, and you need to know if flexibility will be something you design for, or not. So go in a certain order, along the whole way making sure you choose things that are compatible with each other.

Leaving enclosures until last as an afterthought is a surefire way to end up in a less-than-ideal position.

Also feel free to critique this list and give me suggestions

Small wheels will be fine if you have a flexy deck, and 2x lipos is the best budget way to get a battery if you don’t need much range. 2 thumbs up

Boardnamics CNC trucks are so much nicer – more axle room for pulleys with integrated bearings, no slop when mounting the motor clamps, no bending, compatible with cheap caliber 2 baseplates – if you can afford it, definitely pick Boardnamics gear over Torqueboards. TB customer service can also be horrendous.

Also, getting pulleys with integrated bearings (like from Boardnamics, lol) is 100% worth it. Bolt on pulleys are a PITA to align properly, and they weigh more and are less reliable. It takes a master builder to use them properly, and you’re only saving like 10$ a wheel. Not worth it.

Very hit or miss. I used to like it, but now both of mine have had occasional disconnects. Fine if you don’t plan to ride fast and can deal with that, but if you want something reliable – VX1 pro might be better, and a hoyt puck is reliability king. Mini remote is also a reliable option for cheap.

I’m also undecided on the esc, I need it to be a reliable Vesc

If you’re on a budget, use a loop-key to power your board on and off, and get a makerX DV4. Super cheap V4.12 ESCs from other companies will die from the 12s voltage and take special care to run without dying. If you can find some used focboxes that would also work, but might not be any cheaper than the maker x offerings.

P.S. For boards this budget it might make sense to buy a china prebuilt to save money. DIY is fun, but just thought I’d let you know

That’s what I was thinking too as the wanted specs would fit very well with a ~$400 budget board from one of many Chinese companies. Actual price would likely be even lower if a board with a 6s2p battery back exists. My price estimate is for the same specs but with a 10s3p battery but that would add more weight and extra range that won’t be needed.

Compare that to the costs of just a VESC and remote which will be at least about $300 if you get them used and for a good deal. @Stockster4 if you want the best deal for your money and a decent Eskate that will be up and running out of the box then go prebuilt. If you don’t care about the cost and don’t need it up and running ASAP then go with DIY. Alternatively you could do both: look for any local used prebuilts for sale to use immediately and start buying the parts for a DIY

Thanks so much for this! @b264 said that for my use case a smaller deck might be better, so back to the drawing board. I’ll update you guys when I figure some specs out for that. 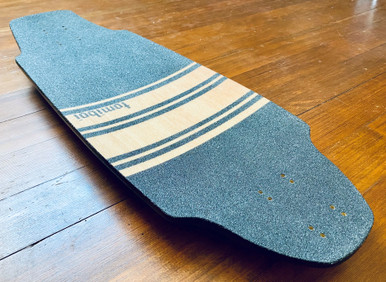 It’s going to be a single motor setup…

Yeah offhand, from your list and my probably incomplete list, i got several small decks, a couple of em with enclosures, some spare caliber and caliber style trucks and one tb truck im pretty sure, motor mounts, possibly belts(but no pullies of all things lmao), and aaaaa… Im pretty sure its a vx1 remote, idk, didnt like it and so never used it lol.
Ill message ya with some pictures in a bit, hands kinda full rn haha

Getting some used / 2nd hand parts is amazing value for money when it comes to budget builds. That’s how I built my sub-1000$ boards.

Getting some used / 2nd hand parts is amazing value for money when it comes to budget builds. That’s how I built my sub-1000$ boards.

I third this advice.

And I have bins full of parts that can be cheap. HMU

Add your country to your profile

It says cali? I doubt he was THAT quick to add it lmao 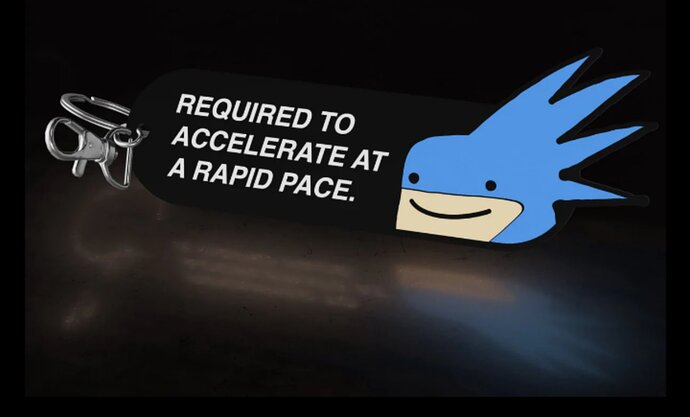 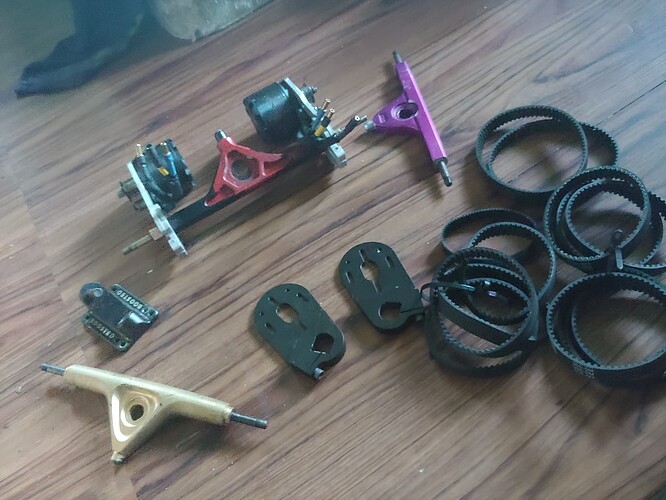