Did some work on my lacroix’s is over my long bday weekend and figured I’d share.

So for those of you who don’t know me I own two Prototipos one started life as a stock DSS60 I bought when they first dropped. I was getting into DIY’s around that time and wanted to make my own Proto. So built a kaly straight cut geared, APS 200kv 6384, 12s6p 30Q, Unity controlled lacroix prototipo. Pic of that build: 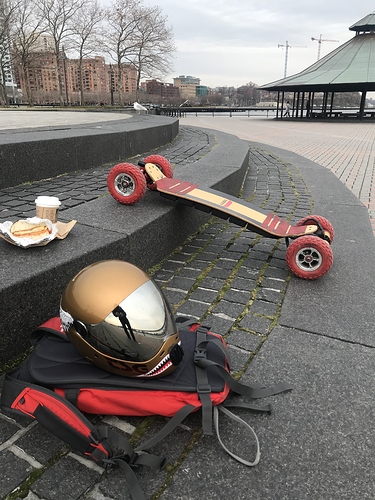 Ran it like that for about a year+ fuggin loved it. As things go new parts came out and I get itchy hands (not for that reason @Brenternet).

So here’s an update. I bought some hypertrucks and have have some big ass motors coming for it.I used to run the dss60 as pretty much stock(different grip and 8” instead of 7” tires). When I first got the hypers I just threw emm on my dss60. So I could get used to the trucks feel. After some testing I landed on my usual set up(aka something suited for someone 100lbs more than me). In the case if they hypers, gray bushings outback red in the front. Now that I’m more used to the trucks I swapped a more powerful set up over to that board. Meaning I put my 12s6p on the deck with hypers and bought some new APS 170kv 6384’s.

I got in on that maytech group buy so the next update will be some 6396’s for the 12s board shortly. At that point I’ll swap the new 6384’s on to the 10s board. Also still using the kaly gears on the 10s deck now. Def miss the gears, can’t beat that straight cut sound.

Finally the pics from the battery swaps: 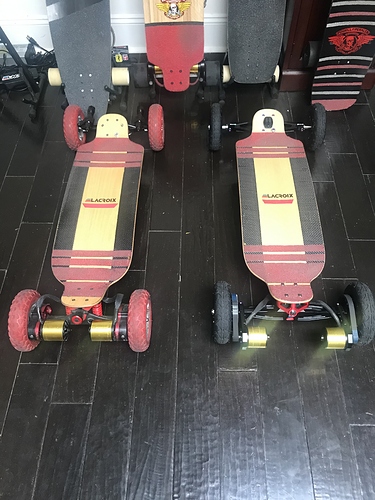 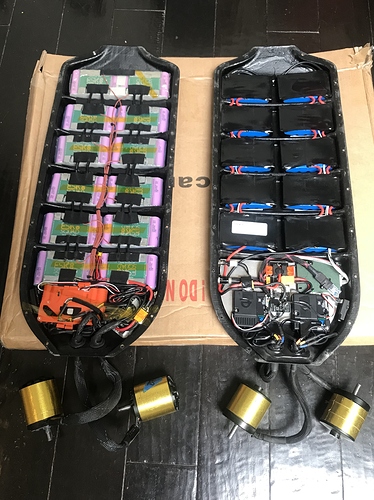 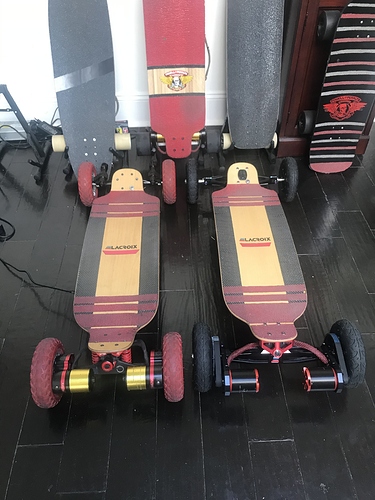 Future check list:
Senderize at least one off emm leaning toward a carbon top.
Get those 6396’s going on the 12s once I get emm.
Figure out another bigger battery like a 12s8p or something like that - complete with custom enclosure. Then flip the 12s6p back onto the other.
Need headlights/tail lights for the hypers.
Build something with the mbs trucks that are now sitting on my garage shelf.
Reassemble the old gummie hot swap kit I used to have for the gears but for the hypers this time.

I get itchy hands

Dirty fucking sniper, get out of here

I am in your head. I am your brain. 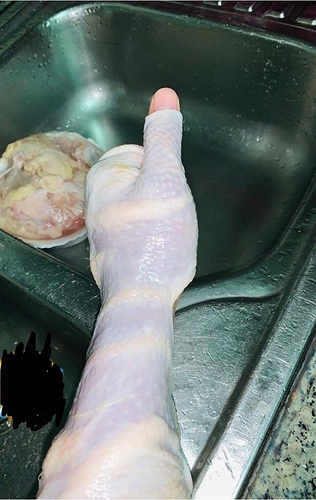 Lol wtf did they blur out. What can be worse?

Anyway, back on track (I only just noticed the black mark haha). Senderizing one of them would be dope.

Have you ridden the new deck yet and how would you compare it if so?

Yeah I don’t wana completely giveaway what I’m thinking but I might be inspired by the advan racing teams livery: 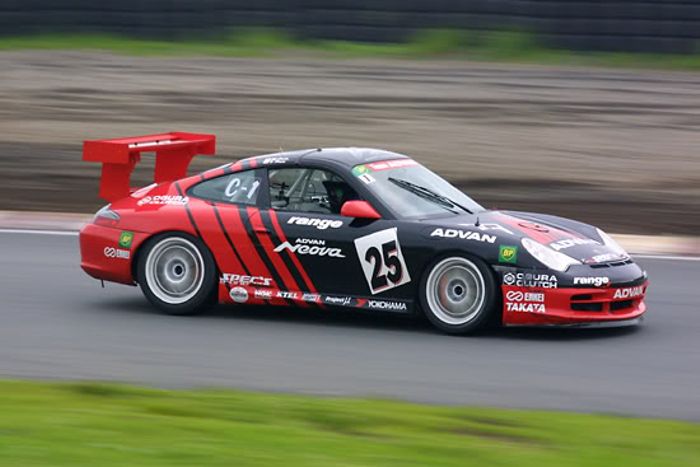 It’s where I took my inspiration from for the grip pattern I use and want to continue to use it. Just in a new more premium way.

Haven’t tried the new deck yet. I don’t think I will either looks big and the proto just feels so right. I’m not a massive dude either only stand about 5’7” so I don’t need a huge board. I do prefer a wide one tho.

I think my next carver will be a kaly with those new gas pedals. Might get one of those for the mbs trucks and extras I now have.

Nice couple of tipos. I like your progression path, you’re going to have a nazare w/ a prototipo deck here in a minute.

Get at me when you are ready to execute on the DS tipo enclosure; I’ve been intermittently bugging our enclosure makers the forum for it for a while now, more power in numbers.

I get where you’re coming from, but I’m not generally looking at my boards from street level.

Also, I’m pretty sure I’ve seen it and it ain’t that bad. Let me see if I can find it.

I’m considering some kinda backpack range extender as well. Did 13 miles on it tonight with the new 170kv’s. Went from around 93% to 37%. It’d be sick to do a solid 35-40 when I wanted to without stopping.

You got it man I have a guy that’s down to make emm, and at least one other interested proto owner.

I just have other projects I wana fund first.

639dam6s for gods sake. Get your shit together man

They’re beautiful board. I fall deeper and deeper in love with my senderized one every time I ride it

Hypertrucks look good on them too

639dam6s for gods sake. Get your shit together man

That does sound annoying, why is this the case though? Do you ride/carve hard? I get more than that out of my 10s5p 30q on pneumatics. It has to be ride style.

I’m not as speedy on the top end as some folks on here I barely touch 30mph (28 yesterday) on most rides, but I do launch quite hard off stops, and yesterday there was a lot of stop and go so I was throttling it up a bunch.

If I rode on a bike path or something like that without as many stop signs I’d prob have gotten much better range. These are only 30Q’s and rode the fuck outta this pack for over a year so that could be a factor as well.

Why does the right lacroix have a receiver cable with nothing attached?
Noticed the same in another lacroix.

focbox’s came with receiver wires soldered to them

Gotcha!
So i suppose that one is the slave?