BatteryClearingHouse.com Home of the sells

This is a thread where we can discuss deals that pop up and the experiences/problems that we have with buying them.

The guy that runs it seems like a legit boss and cares about his customers.

If you email him he will sell smaller quantities of things that come in bulk lots, if you want to try something out. If something is overpriced (lol) he said he will listen to those concerns as well.

Images of the operation below

I just called BCH to ask if there would be more lots of brand new cells in the future, he said “they come and go” So it is possible but no guarantee that there will be more.

Apparently the free shipping is a “fuck up” and it is supposed to have a shipping charge for the lots over 20. Confusing but whatever.

I sure hope they get a trillion 30Q cells someday soon

holy mother of…
I’d crap my pants just waking into a room like that.
(I’m skurd of thr paltry few hundred cells I have here, lol)

Hey you know what that aint half bad if they come at a decent price. 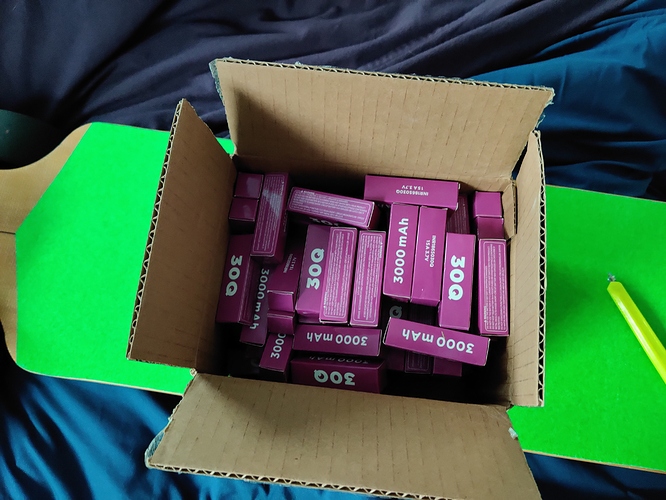 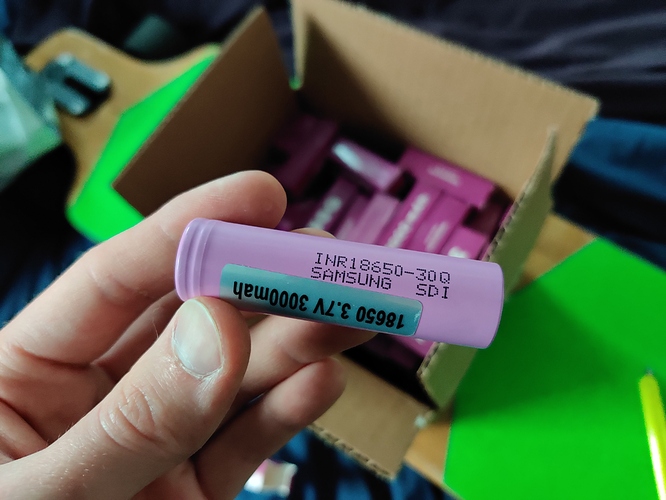 Just got these bad boys in.

There are some non-battery stuff he has a ton of as well. HUB MOTORS!

You can email him if you are interested. I’ll ask about a price later.
also he said
“we will think of something fun to list for your group”
intriguing…

I was bummed about my cancelled order but now I’m excited to see what drops next.

Me too minutes ago! 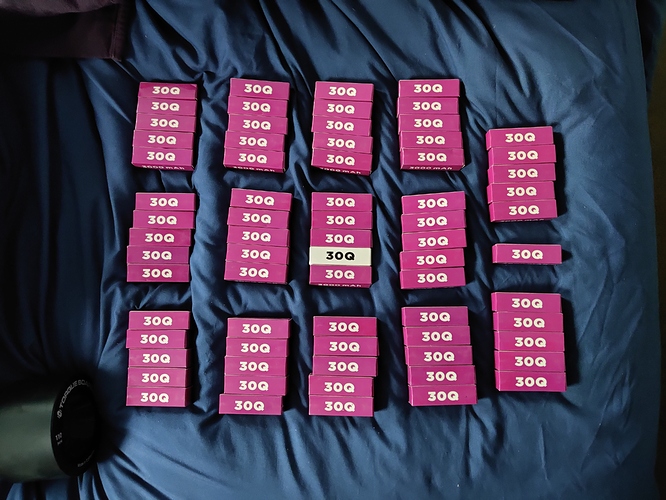 “Day 45: the locals seem to have accepted me as one of them. Intelligence gathering still underway. They seem not to have noticed the tribesman i had to kill and dispose of. I suspect none of them can count past 71.”

Hopefully you want something else from there and they can throw an extra 30Q in there. I think those ones in the bucket are good haha

I went ahead and shot them an email about it so they can tell whoever packs the orders to be a bit more careful haha. Im not really that worried about it, just means that 12s6p is off the table.

One of these fucks with 200 should be able to send you one.

I appreciate the offer! I may take you up on it, im going to give them a bit to respond and see if they want to make this right. Hopefully

Fosterqc gave me a nice heads up today about the esk8 group… I thought it would be fun to get you guys something to spice things up now that so many are stuck at home.

The idea I had… “pusher style trailer/chariot” that could be used as a range extender for the boards.

As a summer challenge… I will list a very discounted kit of parts needed to build a light weight “pusher style trailer/chariot”. I think the only thing needed could be a controller and a battery pack…

Instead of overloading the motors on the boards, the powered hubs would more than support the extra weight of a trailer. Bike’s have trailers after all, why not electric skateboards. Maybe a chariot design could have enough speed to it to haul people down the road at speed.

You get to where you want to go… chain it to a bike rack or pole. Then you got the scooter with a full charge to cruze around on. Who knows.

The motor hubs come from a commercial application. The front one have a nice disk break like you would see on mountain bikes. The back hub has some sort of internal drum breaking setup. On a super heavy steal bike frame, they where listed for 15 mph…

The back hub is a Sturmey Archer RXLRD3 3sp Hub & Drum Brake. I do not recall what the front one is. It is complete with wheels & spokes.

I figure two sets of wheels would be needed for a project… not becouse someone needs 4 wheels but becouse the front/back are diffrent. Someone might want to use a single type of wheel for a design. Becouse folks are using similar parts it’s almost like the IROC races ( international race of champians) that use the same cars for each team.

We will not limit the number we sell over the weekend, but after that we will need to list them at normal prices as bike parts. This is just a one time “fun thing to do” project.

I will work to get the cost stupid low. For those interested, just have fun with it. All this crazy pandemic stuff will be over in a few months. Just power through it and keep safe.