21 posts were split to a new topic: Battery Clearing House 2

There are some non-battery stuff he has a ton of as well. HUB MOTORS!

You can email him if you are interested. I’ll ask about a price later.
also he said
“we will think of something fun to list for your group”
intriguing…

I was bummed about my cancelled order but now I’m excited to see what drops next.

Fosterqc gave me a nice heads up today about the esk8 group… I thought it would be fun to get you guys something to spice things up now that so many are stuck at home.

The idea I had… “pusher style trailer/chariot” that could be used as a range extender for the boards.

As a summer challenge… I will list a very discounted kit of parts needed to build a light weight “pusher style trailer/chariot”. I think the only thing needed could be a controller and a battery pack…

Instead of overloading the motors on the boards, the powered hubs would more than support the extra weight of a trailer. Bike’s have trailers after all, why not electric skateboards. Maybe a chariot design could have enough speed to it to haul people down the road at speed.

You get to where you want to go… chain it to a bike rack or pole. Then you got the scooter with a full charge to cruze around on. Who knows.

The motor hubs come from a commercial application. The front one have a nice disk break like you would see on mountain bikes. The back hub has some sort of internal drum breaking setup. On a super heavy steal bike frame, they where listed for 15 mph…

The back hub is a Sturmey Archer RXLRD3 3sp Hub & Drum Brake. I do not recall what the front one is. It is complete with wheels & spokes.

I figure two sets of wheels would be needed for a project… not becouse someone needs 4 wheels but becouse the front/back are diffrent. Someone might want to use a single type of wheel for a design. Becouse folks are using similar parts it’s almost like the IROC races ( international race of champians) that use the same cars for each team.

We will not limit the number we sell over the weekend, but after that we will need to list them at normal prices as bike parts. This is just a one time “fun thing to do” project.

I will work to get the cost stupid low. For those interested, just have fun with it. All this crazy pandemic stuff will be over in a few months. Just power through it and keep safe.

I thinks some pictures would be worth a thousand words here

So what you are talking about is either a “sidecar” type thing but instead of next to you it would be either behind or in front? Or you could throw like 600x batteries on it and make a 1000 mile board

Great to hear from someone running such an important source

Sounds cool. @excess pointed out that you had newbie restraints, so I bumped your account so you can post and message freely.

If you want to set up a page in “Vendor Corner” to share deals with us, please feel free to do so.

New zeland… look for a freight forwarder. There are a ton of them based out of Miami. You would the. provide us the freight forwarders address to ship to when ordering and they take care or all the paperwork stuff. Or you can find a friend in the US. We send a lot of material through freight forwarders to the Caribbean, South America and Canada…( Europe is tricky).

Weight observation… the heaviest batteris are the big black units in one of the photos. They weight 165 lbs each and the solar power guys love them… A stack on a wooden pallet weights 2,650 lbs… You do not want to know how expensive the fork lifts are that are needed to lift the stuff. A gaylord( a big cardboard box on a pallet ) of modem batteries might weigh 1,200 lbs… so lets say there are 10,000 18650 cells in a gaylord. If we have 8 gaylords of one type of cell come in, that could be ~80,000 cells. Some will go out on large orders. Then we have the smaller orders going through the new BCH web store. (now that it’s up and running.)

SIde note… you might notice our prices going up on items sometimes, it means that we are running low on inventory. We can slow the volume near the end to make sure we don’t over shoot the inventory. Selling too much of an item can be a big challenge. 1st price listed will normally be low to get the material moving, then we try to level out for a steady flow. At the end we ramp up prices to slow the orders down. Someone mentioned the 30Q somewhere… The weekend orders on those flushed out the inventory before we got back in on Monday to adjust the prices up. We try not to make those mistakes.

You also might see a price drop at times… we recently had our super capacitors listed at $9 for 30 with free shipping. Shipping costs $9, so we where basicly giving those away just to get more of them out there for people the experiment with. I think right now we have the the red Sanyo cells listed low. They are great storage cells but it’s an odd size. They are used in things like electric tooth brushes. They have these terminal ends that are easy to solder to.

Any update on this? Link when available? 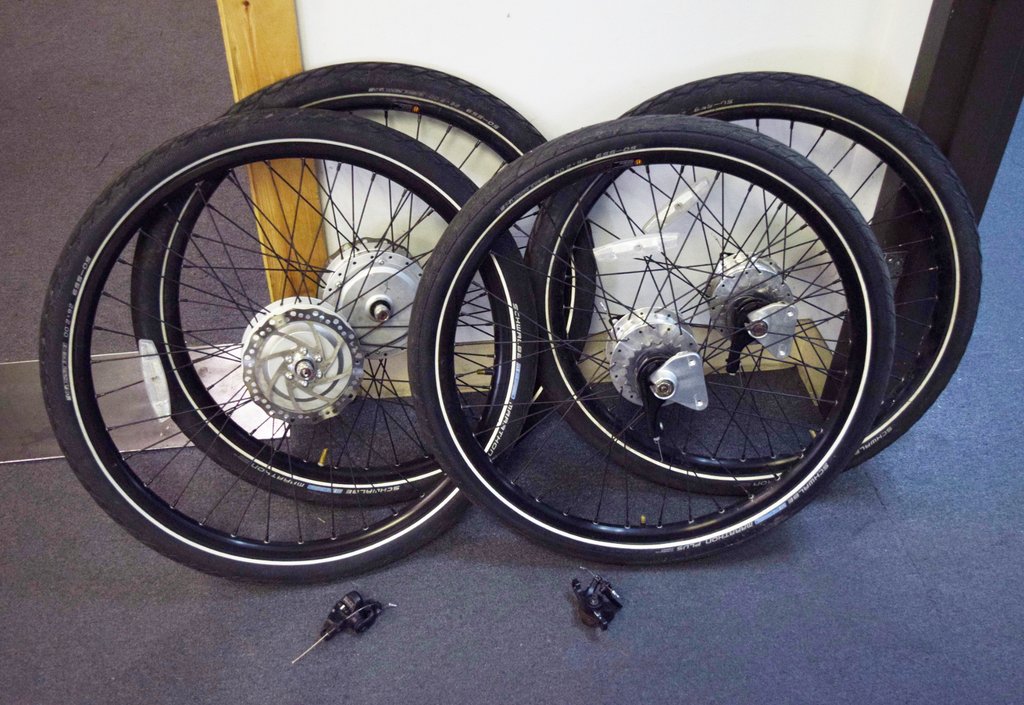 Oh boy lol there they are…

I ordered. So did a couple buddies