I was going to buy some IDEA bracket but It appears they are too expensive for me so I’ve looked for an online “Fold & Cut” company to get the brackets done
I want to order four “Z” shapes of 4mm aluminium and pile them 2 by 2 to get 8mm brackets in the end.

First question: do you think those would hold my 70kg 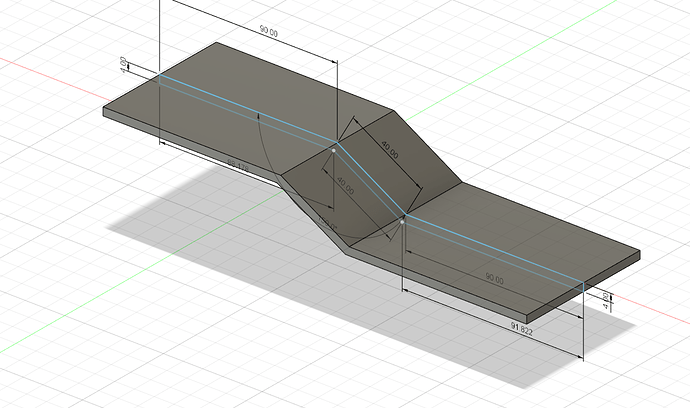 Second question: what if I would cut the central part (2nd Drawing) to make them “Drop through” ? Would it still hold? (I doubt it, but I have to ask 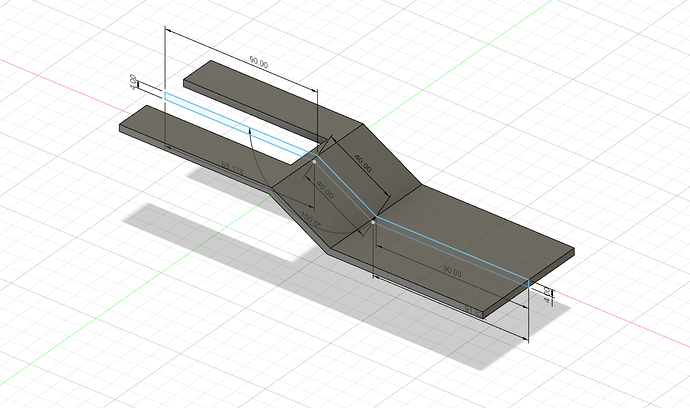 This would be the final product (minus holes of course) 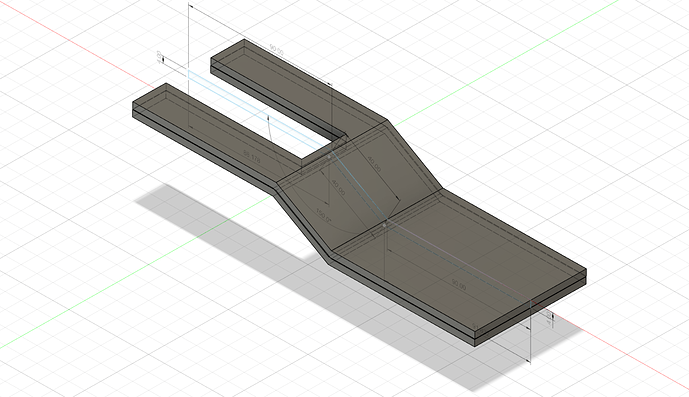 Just a question do you need it to be alu?

Steel would be so much cheaper and easier and would bend instead of breaking.

You appear to have modeled those up in Fusion. How about running some FEA on them to see how they’ll perform?

Also, you should be aware that the “high strength” aluminum alloys (like 6061 and 7075) really don’t like to be bent when they’re in their proper heat treated forms. So if you try to bend 6061 in its full T6 temper, it’s gonna crack. So you either have to use a less strong grade of aluminum, or break the temper of your 6061, which will make it significantly less strong, or do a post-bend heat treat, which is usually very expensive for a handful of parts.

Like Foster said, steel may very well be the way to go. The only real disadvantage is it’s heavier, but it can be SO much stronger without having to fight cracking issues.

Hell, if flex is the goal, you could get some 3/4-hard or spring-temper steel. It can be bent (with difficulty), and it’s springy, as the name would imply.

Thanks guys,
As I said, it’s gonna be bent for me, and the website doesn’t say what aluminium it is
I’m going to investigate steel now

Also keep in mind that two layered pieces will have significantly less stiffness than a single solid piece of equivalent thickness due to shear motion.

The maximum thickness they sell/bend is 6mm, so between a two 4mm pieces layered and a 6mm solid piece you would go for the 6mm?

According to some quick checks (I found a leaf spring calculator online), two 4mm pieces will be approximately half as stiff as one 6mm piece.

That doesn’t mean half as strong, as in ultimate tensile strength. More material is more better there. But a single solid piece will bend less when you put X amount of pounds on it than two thinner pieces that aren’t constrained in shear.

Like I mentioned earlier, Fusion has FEA (finite element analysis) capabilities. You can set up a simulation on those parts to see how much the’ll bend under load. Just simulate a single 4mm piece at half load and it’ll behave like two stacked at full load.

I’m very new to Fusion, but I will check

I’m no engineer but that would be true if the pieces were free, meaning not screwed together? there’s gonna be 8 screws holding this together, that should considerably streighten the whole stuff, isn’t it?

It will help, but you will never get near the stiffness of a single 8mm plate unless you were to just completely stud the whole thing with bolts. Any tiny amount of shear motion will significantly contribute to a significant loss of stiffness, as the two pieces slide over each other.

The mechanical advantage of such a system can cause shear forces well into the tons or more, and a handful of screws isn’t enough to completely stop it.

A doubling of thickness results in an eight-fold increase in stiffness, and because aluminum is only 1/3 as stiff as steel, to get the same stiffness an aluminum part has to be almost 50% thicker.

Sounds good enough to me. If you need more just slap an extra bit of steel on top!

And I could easily weld a 2mm plate on top of a 6mm one, which I couldn’t do as easily with aluminium

You will be standing on it. And many batteries. That’s where the majority of the mass is…

I’m pretty sure 6mm steel will be more than enough. And worst comes to worst, you could weld some gussets on there to make it even more rigid.

But seriously, do some FEA or even just basic beam-bending calculations and see what you’re actually dealing with. They cost you nothing but time, and may save you time and/or money in the end.

do some FEA or even just basic beam-bending calculations 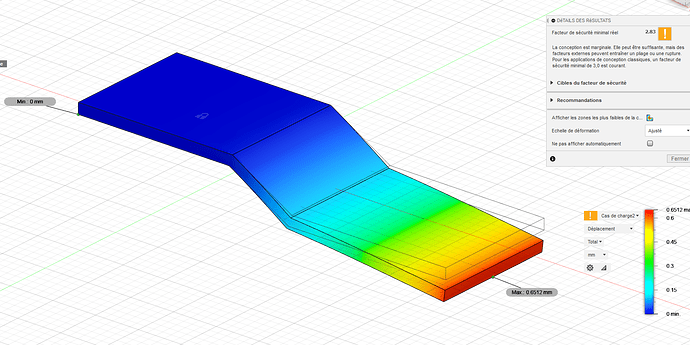 I think your forces arent correctly applied, you want a force up at the other extreme edge and the face that is flexing right now should be fixed i think. 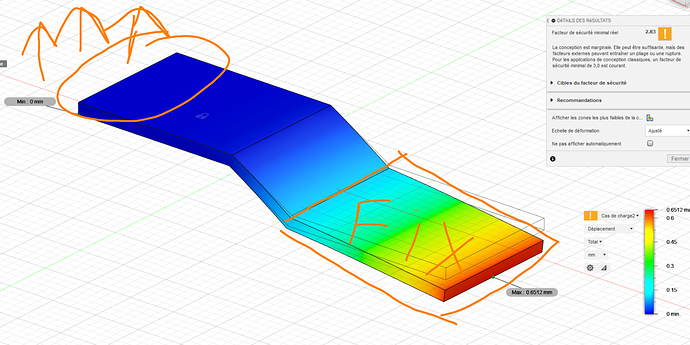 I should be a professional drawer, damn im good

I have locked the left part (put on ground = locked isn’t it?)