I’m using a 4.12 VESC and having some issues. The motor will not start until a small kick is applied from a full stop. For example, in the initial motor calibration wizard using VESC Tools, after you press fwd to test direction (to determine whether to invert phase wires) and you press rev afterward, the motor just stalls. Even after the motor is full configured, the throttle does nothing (using ADC input) unless I “kick” off the scooter.

I have the hall sensors all wired up properly (at least I think so, matched all the colors) so I don’t know why this is an issue. i want it so that it can start from a full stop using the throttle and without me having to kick off.

Anyone know why the VESC is doing this and how to fix it?

That’s mostly an issue of uncensored motors, are you sure when you ran the motor detection it wrote sensors as hall sensors?

Yep! - it detected hall sensors - YES when I ran the motor wizard. Any idea why it would be doing this then? I’m using FOC if that matters at all.

Did the hall sensors detect ok?

Have you tried checking in the bldc-tool, or my personal favourite for 4.12 type h/w, Ackmaniac ESC tool v3.103 is the current version, recommend it.

What make of ESC and motor do you have?

You may have a damaged motor, either the windings are bad (all of the phase wires should have continuity) or you’re missing some magnets (take the bell off and have a peek inside)

Also try reuploading the firmware onto the VESC to reset everything and run motor detection and PPM input again, it should tell you the sensors are active and if you check their table it should be fully populated

And make sure you are running motor detection with the right settings, if it is expecting a larger or smaller motor then it won’t spin up right (should be 750g brushless outrunner)

Yes, it said hall sensors detected when I ran the wizard.

Have not tried the other tools, but the VESC tool says hall sensors were detected. 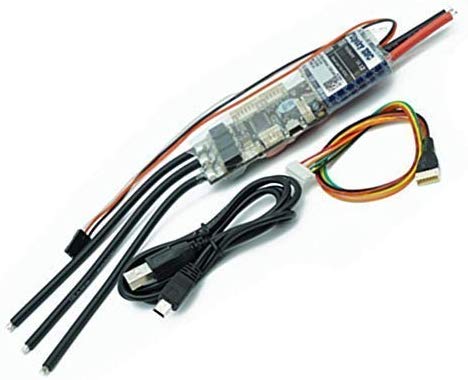 You may have a damaged motor, either the windings are bad (all of the phase wires should have continuity) or you’re missing some magnets (take the bell off and have a peek inside)

i think if this was in fact the case, the motor wouldn’t work at all after the “kick”

I’ve had motors run when one of the phase bullets wasn’t all the way in, it’ll drop connectivity now and then but still run

Check what the sensorless ERPM is set to?

Phase bullets are all fully in, using very secure connections.

I’m thinking it might be some kind of VESC configuration issue… I have a second VESC that is this: 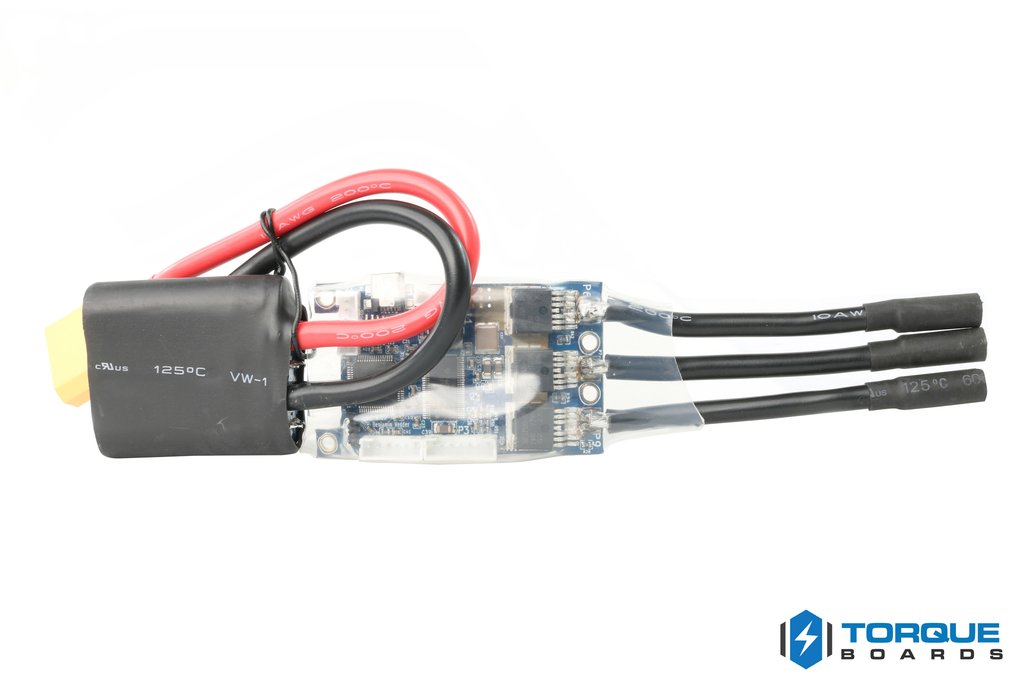 and NOT this version:

And for the other VESC (Torque version), seems like I can start from a full stop, no issues. So the flipsky one seems to be an issue. I have a second flipsky VESC too and I have the exact same problem.

Are the flipsky VESC not compatible with hall sensors?

Also what remote and has it been setup bin the app menu?

What motor are you running?

The VESCs do look different. The Torque one has different placement for where the hall sensors inputs go into. And what’s strange is that for the Torque VESC, The phase wire order is Green Blue Yellow, but for the Flipsky if I do that the motor goes in reverse. so I have to swap two the colors. Despite being the exact same motor.

I just can’t figure out why I can’t get the start from fully stop thing to work for the flipsky VESC.

Dont’ know the motor off the top of my head – it’s a brushless motor for ebikes/escooters I bought from alibaba. Works just fine with the other Torque vesc so don’t think it’s a motor issue.

Does the same apply if you’re not standing on your board? Could be that the load is such that your motor struggles to get started from stand still?

Maybe you’re plugging into the COMM or UART ports?

Nope that not it. I have it suspended on a box in my garage for testing purposes (i.e. no load).