I’m Done with “diy” type printers. I need my printer to be a slave that pumps out plastic parts that are good enough to use in esk8. I don’t need another expensive hobby of buying upgrade/replacement parts and rebuilding another thing to keep improving it. I need something that just works.

Now I’m not trying to print super crazy materials, but being able to make light mounts and stuff that can withstand vibration is a must. I’m thinking pla+ and maybe nylon if my budget allows.

As for budget, I’m hoping to not spend more than 1000 CAD, but I’m a bit flexible if the printer is right.

I’ve got a non-working but complete ender 3 and a barely working flsun q5 and a handful of extra parts. I could get both working perfectly but I’m already focussed on building batteries (for myself only so chill) and building PEVs, plus I’m getting a lot of repair work outside of my job, which is also a repair job. I’m not trying to fix my printer every other day as well.

I like deltas for their speed, I like the idea of multi-material for dissolvable supports, but I also know those things are typically expensive features.

TL;DR: I need a printer around or under 1000 CAD that will “just work” with no more 3dp knowledge than slicing and printing and cleaning the bed.

I’m Done with “diy” type printers. I need my printer to be a slave that pumps out plastic parts that are good enough to use in esk8.

As for budget, I’m hoping to not spend more than 600 CAD

Yeah, good luck with getting both of those requirements in one printer bud.

The tried and true option would be a Prusa i3 Mk3S. Very solid and well-tested printer, used in print farms everywhere with minimal faffing-about. Way over your budget.

Another one that is up-and-coming but promises a lot of great features and not a lot of work tuning and fighting with is a Bambulab X1. Also wayyy over your budget.

Lots of other printers that do what you want, and none of them are under 1000 CAD that I can think of.

$1500+ is not considered expensive in the non-hobbyist 3d printer space, so either you start saving up more money, or suck it up and play the game of hobby printer whack-a-mole like the rest of us.

Of course the other other option is to just not get into 3d printing. You can send your models to a service like Shapeways and have them printed for you, no effort required. It gets expensive in a hurry if you need big stuff or lots of models, but hey, at least you don’t have to put in any effort!

tldr if you want a turnkey 3d printer solution, it’s going to be four figures, or very close to it.

Something I feared. Budget may need to be ratified. Based the figure off the fact that my previous 2 printer purchases cost under $300CAD each.

I’ve seen this and salivated over it. I’ll be looking into pricing and considering this if it’s actually my best option.

Is what I’m asking for really “non-hobbyist” features? I’d think I’m more on the “dumb consoomer” side of 3DP. Though I’m capable of working on a printer I just can’t afford the time or energy.

1500 CAD is a tad high for me, but doable if I can trust it to pay off.
Something a bit over 1k CAD wouldn’t be too bad.
Does Shapeways service Canada? They say nothing on their site about it. Downside of that for me is waiting much longer for parts instead of pumping whatever out in a couple hours.

I’ll definitely have to ratify my budget here.

Is what I’m asking for really “non-hobbyist” features? I’d think I’m more on the “dumb consoomer” side of 3DP.

There is some overlap here, because if you want fuss-free simple operation that costs extra, generally a lot extra.
budget/hobbyist 3d printers have a very strong selection bias towards people who are willing to tinker. It’s not going to be every day like you mentioned above, my Cetus Mk2 (a $300 printer) hasn’t needed any maintenance other than cleaning the bed in the last two or three kgs of filament, but to get that kind of reliability you have to put in the effort/upgrades upfront - I basically designed my own extruder mount, blower duct, replaced the stock extruder, added a heated bed and changed the bed leveling solution among other things, all in the first kg I ever ran through it. The first weeks/months of owning a cheap hobbyist printer are what separates the tinkerers from the “I just want it to work” people, and that’s why a lot of printers end up on the used market.

CoreXY cartesian printers can go very fast nowadays with the right hardware and software - The X1 is a great example of that.

Not sure, but that’s just one of dozens of similar services out there, and I’ve used in the past for a couple things. 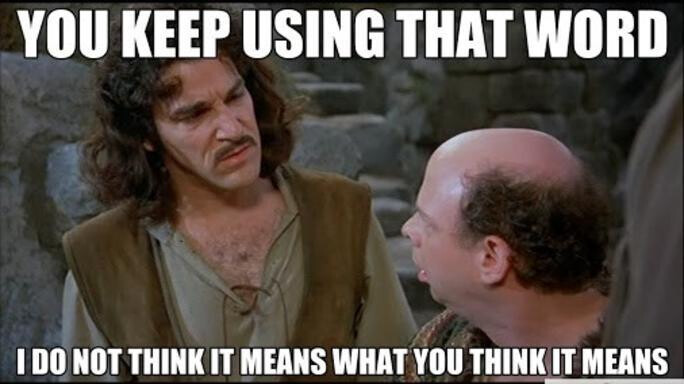 designed my own extruder mount, blower duct, replaced the stock extruder, added a heated bed and changed the bed leveling solution among other things

This is what I’ve been going through and it’s really taking away from working on other projects/work, especially those I want to use printed parts for.

I’ve printed on a very expensive railcore, a Prusa mk3, my new cr-10, and enders 3s. While you’re likely to get less fuss the more you spend your never going to have a perfectly smooth experience. Tinkering is just part of printing. I doubt anyone can make a printer that’s truly no fuss, no matter the price tag.

I do understand this and I’m not scared of a little maintenance.

I’ll clean the bed between prints, use a brass brush on the nozzle, clean extruder gears, etc.

My flsun q5 was great while it worked, but every time there was an issue I seem to spend a month or two and too much $ buying the wrong parts and installing them badly and screaming at piles of plastic spaghetti.

Bambulab x1 is super tempting. Hoping I can spend less but I might have to cave into it.

Prusa comes in at a close second.

Prusa coming in hot for third.

You want a Prusa.

Been running Prusa’s for 5 years and they are awesome.

isn’t that the same story as an ender 3? I’ll still be buying/printing parts to upgrade it and needing to rebuild it when things go wrong.

or is a prusa i3 far more reliable than I’m giving it credit for?

I’ve had my prusa for over a year and haven’t needed to do a single thing to it except keep it clean.

Comparing a prusa to an ender is pants on head stupid

Its worth every cent. I want another one

Just get a second hand one. I don’t know why this thread even exists. It’s an esk8 forum, there are already 3d printer threads, and there a plenty of forums 3d printer oriented that are great.

I want another one

I don’t know why this thread even exists. It’s an esk8 forum

For what you need at that price point, prusa. But don’t forget, no printer that I know of doesn’t come without compromises. Printing after all is a manufacturing process that may not give tolerances you want on first print and which you will need to adjust and conpensate.

If you want to print parts that are a bit stronger and don’t melt in 20c then you need something more serious that can print nylon, hips and similar materials and has enclosed printing space to prevent warping. Thise printers will go at formentioned 4digit numbers. Then again, if you want to print motor mounts, good luck. As testfit 3dprinting is good. But as test with actual belt on street under load, definately no. Ive tried it in past, you have to overconpensate with material thickness to prevent mount from bending. Ive tried adding shell on top and glueing that in place, that worked better but still, there are no plastic motor mounts in esk8 market for a reason.

Not motor mounts, but things like light mounts, battery frames for packs, jigs for various board building uses, inserts/spacers/covers for things on the board, truck mounted crap, internal component brackets… That type of plastic

Have a look at the voron series, completely DIY to build but once built they’re some of the most trustworthy, robust and feature packed printers on the market 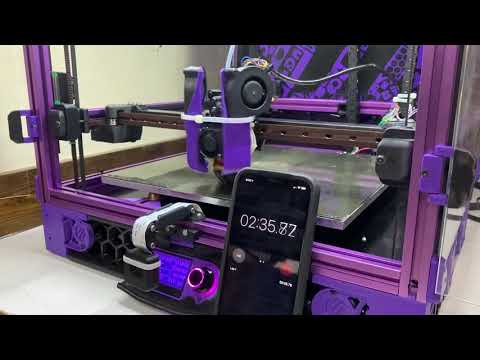