Hey folks, I have just finished my review of the SuperBeast 21/22 SL.

The Freedom DRV (what they call their gear drive) is available for DIY purchase, which is why I’m posting it here. The review is a bit long, but there’s a story. Hopefully you’ll enjoy the edit. Let me know if you have questions. I saw someone selling a SuperBeast here who complained about the noise. The gear drive is noisier than belts, but I don’t mind that at all. Lets people know I’m there. 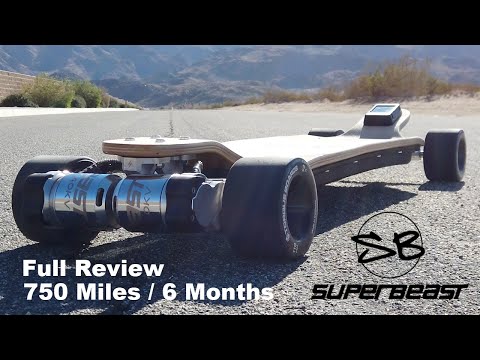 Great review! Wd40!!! Interesting choice but I see it!

I thought the same thing, but that’s what they recommend. I heard from 2 sources on this. I’m actually using WD-40 silicon spray in this shot. Lithium grease will work, too, they said. So whatever you got around, I guess. But officially, they said WD-40.

Very nice and detailed review!
Did you say they went to steel gears?

I don’t see how any ESC issue could be responsible for gears stripping. (I would also blame the motors rather than the ESC for sensor issues, but

) If anything, that middle gear looked way too wiggly and loose in the video. (4:20 mark)

Does the acceleration not take a big hit when swapping to AT wheels? I’m surprised they can get away with a single ratio for both.

I still have my doubts about nylon in the first place, but the way I figure it, the motors were locking up because a hard stop signal sent from the ESC, but the nylon was too soft to actually come to a hard stop – so it wound up stripping. So, in other words, had the gears been steel or acetal like they are now, the board would like have thrown me rather than strip the nylon gears.

RE taking an acceleration hit: I keep the board with AT tires on mostly these days. I will switch to street wheels again soon, but while there is obviously a difference, there’s plenty of punch in the ATs. So, if there’s a trade-off, it’s not too bad all things considered.

Having seen it in person plenty of times it’s definitely a fast board, not a quick board, when on AT

So, what is it? All steel or steel and Delrin, (acetal, POM), or what?

I don’t see how any ESC issue could be responsible for gears stripping. (I would also blame the motors rather than the ESC for sensor issues, but

) If anything, that middle gear looked way too wiggly and loose in the video. (4:20 mark)

I thought exactly the same.
Trying to get an answer about the gears. This matters in reference to the Wd-40.

I would think maybe acetal. Not sure tho. I know Janux in his past used it make a lot of things out of that stuffs

Doesn’t seem like anything revolutionary with the gear drive besides an idler gear (why?)

Trying to get an answer about the gears. This matters in reference to the Wd-40.

Is this in reference to the whole plastic melting property of wd40? afaik it doesn’t affect all plastics but I found out the hard way it doesn’t play nice with polycarbonate once. I thought acetal was relatively inert, but if you have real knowledge abt this id love to hear it.

On their site it says the gears are delrin. (video mentions nylon tho, so may have changed) 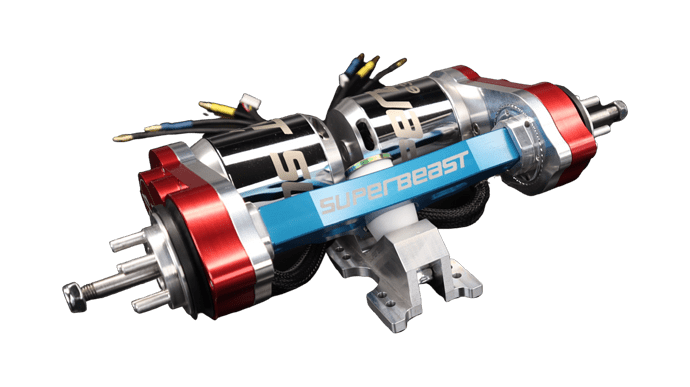 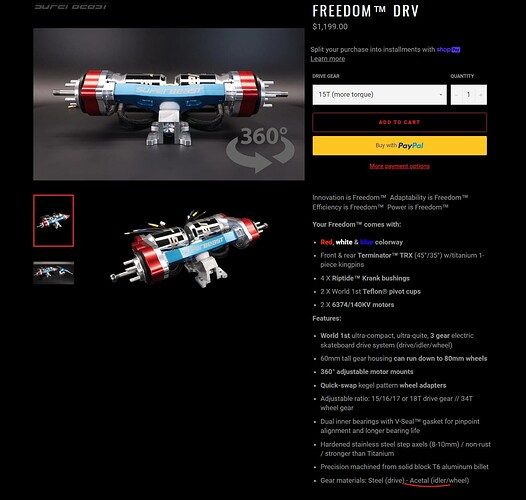 I also find it really odd they recommend wd40, its not really a purpose build lubricant for this kind of application… Maybe they think it’s more important that people regularly oil it and water displacement 40 is just what Americans have around?

I’m wondering if there may be bad sensors in the motors.

RE WD-40 - I triple-checked that this was SuperBeast’s recommendation.

WD-40 is NOT a proper gear lubricant for gears whatsoever!!! Not at all!!!
It’s great that they provided the hole for a lubricant nozzle. Here is what you should use. 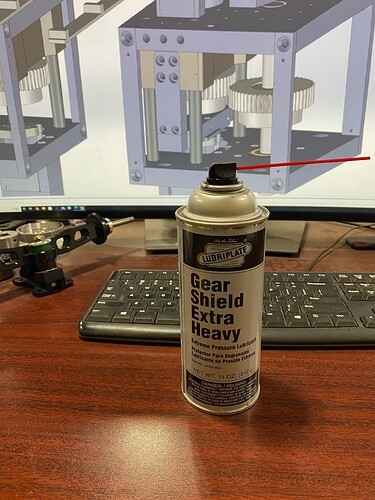 I don’t see how any ESC issue could be responsible for gears stripping.

I guess it could be in the sense that an esc fault caused a load to be applied to the gears that is higher than what would be expected during normal riding. IMO this is still a failure of the gear’s design though, as to me “full braking” does not constitute an edge case scenario in terms of expected loads.

The revolutionary thing is made in America. SuperBeast is on a mission to 100% US-based manufacturing. There’s aren’t many gear drive system’s that are even on the market. So, I’m for seeing what the market thinks.

Doesn’t seem like anything revolutionary with the gear drive besides an idler gear (why?)

re: why - seems like its just a way of getting more space between the motor’s and the wheel’s axis of rotation without adding larger diameter gears which eat ground clearance. Seems like one of the things they value is being able to swap easily between many more traditional urethane (read smaller) wheels so this could be important for achieving that.
Of course im not the one who designed the system - just my $.02

For what its worth, I ride belts like heathen. That said, I design and build automated machines for a living. I utilize both gears and timing belts for different applications. WD-40 for gear lubrication is not good.

The revolutionary thing is made in America. SuperBeast is on a mission to 100% US-based manufacturing.

I agree with made in America!!! Proper engineering of these components should come first.