Alright so I’m partway through a build right now. I don’t know why I need three boards but here we are.

Deck: I acquired a hummie blem deck just recently, and that’s what this build will be going in. It is technically a blem, but the blemishes on it really don’t bother me at all. Two little notched indents on the top surface and a little bit of carbon fiber missing on the one of the edges.

Speed controller(s): Obviously we are going dual-drive at least here. Partly due to the lack of good options and partly due to a good price, I have chosen the MakerX Go-FOC retro. Ironically, I probably will not be “going FOC” because I like BLDC sound, but who knows, we shall see. I have a MakerX DV4 right now and it has treated me well so far, but this Go-FOC should be able to take more continuous current than that one.

Batteries: This one is a little bit interesting because I have a bunch of cells that I’ve salvaged. I plan to make a 12s6p battery for this build. Hoping for at least 80A cont discharge and maybe 30 miles of range? Anyone know what a 12s6p would get range wise? I only weigh 160 lbs so I’m not a huge dude. I ride low to mid 20’s when the roads are nice, but hopefully with this deck and the setup I’ll have a more stable and confidence-inspiring ride.

I really don’t have any issues with my main build right now besides lack of range, but the hummie deck is worlds different than my mostly flat, flexy Atom deck.

After salvaging the cells, they all had little bits of nickel stuck on both ends of every cell, so I had to use my dremel with a grinding tip to get all the little bits off. It went fairly well and only took me about 40 minutes, but I went through an entire grinding tip and a half to get the result.

Motors: I picked up two bkb 6354 motors back during the black Friday sale (for someone else I told myself at the time) so I will be using those in this build.

Mounts: I actually did get two mounts during the bkb black Friday sale but those aren’t going to work with the hummie deck. I plan on buying a set of two @Boardnamics adjustable-fixed-position mounts with idlers.

Trucks: Again during the black Friday sale I picked up a set of caliber 2 trucks from bkb as well. To throw on those, I have one boardnamics 220mm fixed axle hangers. I am in need of one more 200mm fixed axle hanger, so I’ve been trying to get @KaramQ to ask Kevin to poke around and see if he has just one laying around that I can buy from him.

Wheels: Haven’t bought them yet but they’re part of the reason for the name, going to be putting on another set of TB 110 artic blue wheels. Since the 74a ones are kinda gone now and I want blue, I’m gonna get a new set of the 72 ones. Not really in a hurry, so when the funds allow, I’ll pick them up.

Pullies: No idea, probably will end up being boardnamics pullies because they look nice and clean and will last much longer than my 3D printed ones.

Enclosure: I haven’t 100% decided what I’m gonna do for it quite yet, but either I’ll be making a DS Kydex enclosure myself, or I will be buying a @BigBen DS hummie enclosure. I know for sure that I want a DS for space.

Final notes: It’s not done yet! I’m not in a hurry and will definitely be accepting deals and picking up good things along the way. I’ve put myself into the metr pro group buy, so that will go in here eventually.

I laid out the batteries and the MakerX today when I received it just to see how it would look, and I’ve got loads of space. I could proably survive on a 12s4p pack if I needed to but I figured I might as well go 12s6p. I don’t mind carrying extra weight really, would rather not have to get towed. 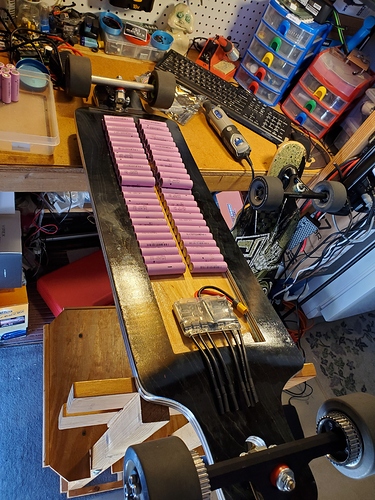 If I had the cells for it, I could probably get this all the way to 12s8p but I don’t know if I even need that many batteries.

I’ll probably be sticking a loop key in this build in the little gap between the truck and the deck.

Not sure on the remote yet, I might end up using a gt2b that I have laying around or I might go for the vx2 or the hoyt puck

I’m confused on the title on the thread

The SR-71 blackbird is a jet that looks epic and goes hella fast. Someone already has a build with that name and I want blue wheels, so here we are!

She got sold after 3 days of riding it

hahahahaha lmao.
double the name double the fun in this case

in that case I dig the name

ouch man, this will be another great build when its done.
Big ben underneath hummie is always a pleasure to look at…oh mmmhhh, does that sound weird

I know it’s kind of my dream setup. I love the hummie deck and I haven’t even properly rode it yet. The foot stance is perfect for me, I’m 6’ and I like to keep a really wide stance.

Besides that, the deck width completely fits my feet on it too. I’m not sure what I would want to ornament the enclosure with yet, but I will probably get some cool griptape for the top, not too much, don’t want to cover up the carbon fiber.

Two considerations are to 1: carbon fiber skin the enclosure or 2: something else but put blue accents into it. I kind of like the skin idea because then I can replace it if it gets beat up too much.

Also I’m not sure what my clearance will be like yet, so I might have to shift to top mount but at the moment I plan to do drop through.

yeah, never had a hummie at hand but i can see at the fotos that there is enough space for them feet other drop down decks dont have, but maybe im wrong. Would be my choice, too if i would ride them decks dropped down, but i do not hehehehe. 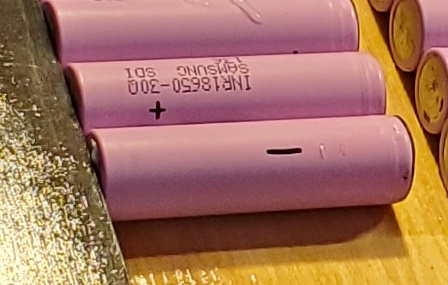 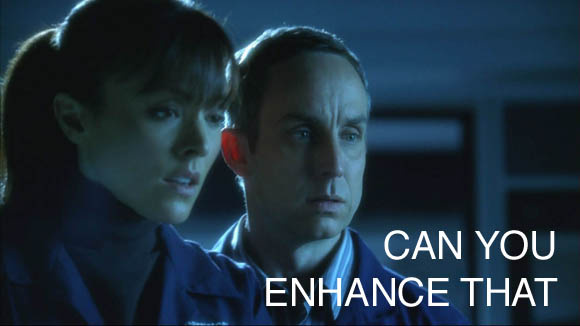