Seen this on fb today

But at least they have healthcare

Is there a category for people busted in Germany yet? Feels like that should be a thing:

@xsynatic had a similiar case maybe talk to him

we got both here

But at least they have healthcare

As far as i know its not free healthcare though.
My Germany friend tells me its more or less just a mandatory health insurence they have.

I was close to being fined 1500DKK (230USD) for riding here in Denmark a few times, got of with a warning an a (We dont want you here again)

So sad its illegal in most of EU, but honestly it only makes it worse trying to make it legal just look at Denmark…

We went from no rules, no way they could ticket us to a Max xx Km/H this and this is needed you need to be x age boards needs to be approved so on so forth.

Same for the UK as far as i know, same thing happen there.

Terrible government at its finest

every ruling party is fucked…

illegal in HK, and hosptial bill is stupid if u r citizen here (yes, forgieners and people from mainland china get cheaper medical bill, don’t ask me why, i don’t fucking know)

Also, once you get into accident, news headline for 2 days, free of charge.

Edit: even shit like this is actually illegal, but nobody would drive this thing around the block or long distance, so nobody cares, but still, illegal 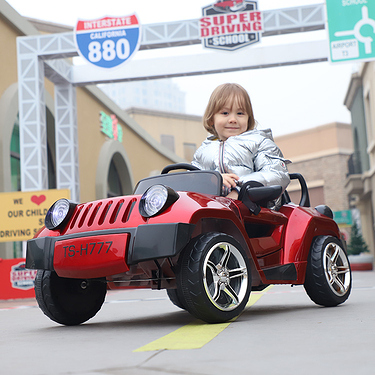 U.K. are very relaxed though and really don’t mind

When i lived in China, i saw daily car crashes (Minor and bad ones) in HK where people were told by medical workers and police to walk home since it would be to expensive to help them.

basically if u can still walk, they assume u r ok, unless u r forgieners, or u speak mandarin. the latter two are for the news to show how HK is “friendly to other people” af

But if u r citizen here, then u r fucked

In my experience, whether you get a ticket or not is mostly based on the local police departments. The law is one thing, whether it’s enforced is another. Where I live in Lausanne they are very pragmatic, so as long as you don’t do anything stupid they leave you in peace. Barcelona is a great place btw, they implemented a very common sense regulation a few years back giving esk8 almost the same status as a bicycle. I mean come on people, I ride my board to work every single day with less incidents then some colleagues manage with scooters or bicycles. It’s reckless car drivers that put us at risk, we’re not harming anyone. We’re part of making cities a better place to live for everyone, and we all pay for the roads. So let’s share them. Good luck with that in Germany though, the country is basically run by the Daimler VW etc car lobbies. How else can you explain that it’s the only country in the world that still hasn’t managed to implement a speed limit on highways, let alone decent bicycle lanes in most cities.

Swedish popo so understaffed they dont even bother with it at all. Been told to look twice when crossing a street thats all, in 5 years. (That time, It was dead empty and cop car litterally chased me down to tell me, guess slow morning 🤷) 3000 eur is complete bull…

The letter also states that the 3000€ are based on a guessed Net income. So if they guess you make 4k a week they can set it higher. + they confiscated his board.

He obviously can contest the charges.

That’s from a very old Saturday Night Live routine. It also happens to be true more often than you would imagine.

Thats true, its not free of charge but nearly everything (you have to pay a portion for dental stuff etc.) is covered. And drugs are cheap. Its ridiculous how much I get charged here in the US compared to Germany.

Yup, the own contribution on meds often times is only about 5€

Come on dude, that was true 30 years ago! *hides his Knight rider video tapes

The shitty thing about the US is it all depends on your job and company. I’m fortunate enough to work for a great company and have killer insurance.

There was a time in our life that we were on the insurance of my wife (college professor) and she was laid off. I was working on my masters and wrenching on motorcycles out of my garage. She was pregnant with our first and we had to pay to continue coverage. No jobs between us and no money but insurance was $2K a month. That ran out and we couldn’t get new coverage because pregnancy was a preexisting condition. Fuckers.

I can officially say I have disproved @sharts water-bottle theory…