Sorry if this is the wrong place to post this.

I was wondering if there is any racing group located in Seattle. Saw some esk8 race stuff and looks like heaps of fun but wanted to know if people do it in this area

@bboybowzer has some fast looking builds and is near you. I am down in Oly and am working on a stooge board and a couple other quick builds.

@Yeahthatperson has been the guy to coordinate the Redmond derby days race the last couple of years. But due to the pandemic probably not happening.

There are like 4 other SRB truck builds in our group now. We’ve talked about doing something like the intro into speed at marymoore next to the velodrome but haven’t really done it. There’s another group that rides for speed thru the streets at night.

nah my boards are slow. Just break 30mph only.

we can have a racing league for 30mph capped boards. I’m down with that, torque city.

You in the telegram group?

Few of us made off-road boards and street board. This year seems like we’re all going to take a crack at the SRB 3 links

I would so do a intro to speed type thing

That sounds like a ton of fun and less death

It’s a chat. We post up what we’re building questions and group rides. Like 50% of it is just BS then the other is actual building stuff or stuff we get for current or new builds

I just slapped this together last night 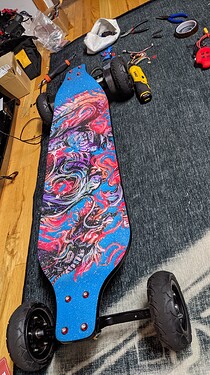 Bro that thing is a beauty

. I cant decide if I want to build a urban carver, a streetboard or a emtb

out of your boards which one is used the most?

2021PNW🏁 Look for Derby Days in Redmond
Dean Osuza should have a couple of DH/UH race events at MaryHill Wa
I have a plan in the works for track racing at Pats Acres’ in Canby, Or
The Hoyt St group always steps up for races in the PNW as does Lee Dansie, Dennis Manougian and Jonner Steck
Get in touch with Chris Muenzer, he is hooked up with your area local contacts and racers in your area. He would be the guy to set something up race wise.

Hi! Yeah, so, Derby Days!!! Fingers crossed we get to put it on, 2020 was cancelled due to the Rona. As @bboybowzer said, few ppl have 3link builds in progress… Marymoore has the velodrome and a big parking lot we can race in, I have cones! Rona really put a damper on 2020… Right now it’s the rain. Would love to have ya in the telegram! Also, Derby Days is a community event we (PNW esk8 collective) work with the city of Redmond to put on and if you are interested in helping to plan/facilitate that kicks ass!!

That deck is beautiful

Good ol @Sender doing that fire services for us

@Resonant was the previous owner

I build and ride and race in seattle. @MoeStooge SRB 3-links are so much fun 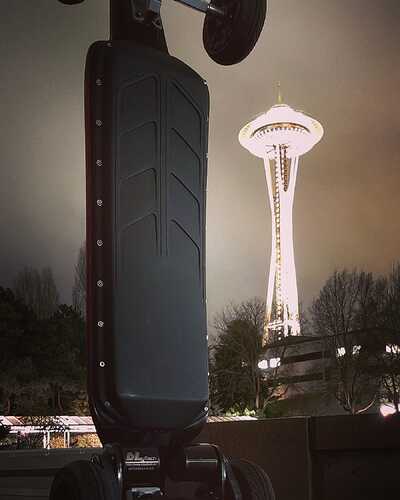 Is that the same build in different states or are they separate? Also using thane on a race board and in Seattle is ballsy

haha sure looks like the same build after and before a nkp swapover. Yeah thane and crazy speed is no good off a controlled track.

I’m on the wrong fucking coast